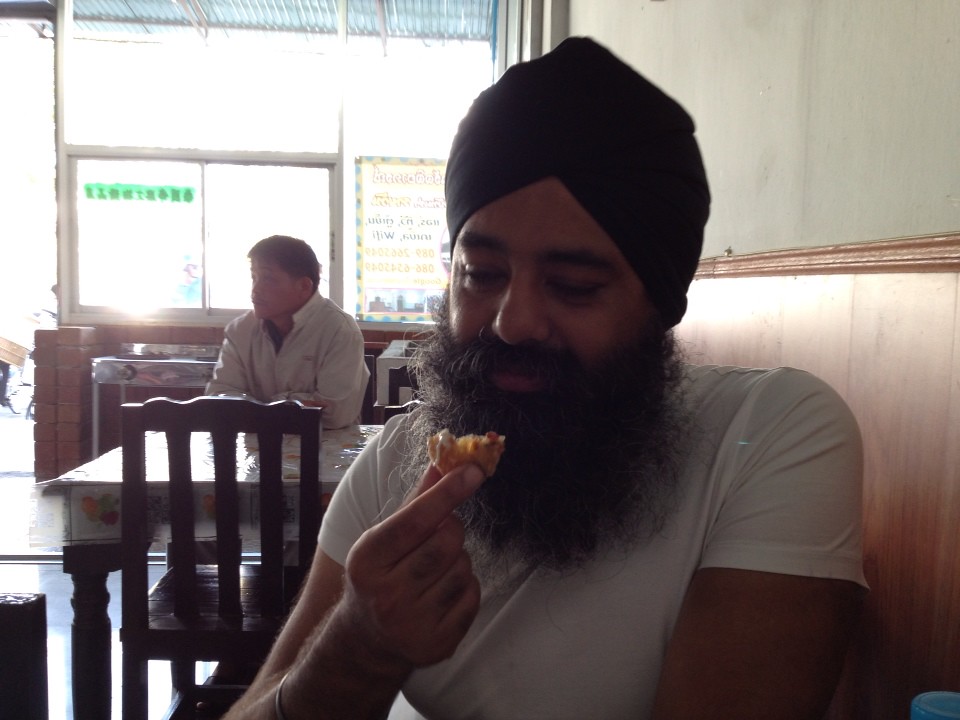 The Indian visas should be ready today, as I was not able to check the website (it was down) we decided to go to the office.

I went to the Gurdwara to ask the Gianiji if he knew the best place to hire a scooter. He said no, but offered to give me a lift to the scooter rental. We found one not that far from the hotel the cost was 200 Thai baht, they usually take your passport but as I did not have mine they took 5,000 Thai baht deposit.

It is amazing how confident we have become on the scooter!

We went to the Indian consulate to pick up the visas, she asked us to take a seat. 15 minutes had passed when we got up to ask why is it taking so long. The receptionist said the day we handed in our applications the price had gone up and we had to pay an extra 2250 Thai baht! I was furious, Sangeet told me to keep calm but it was impossible for me to do so! In my view Indians are just people who want to make extra money by hook or crook…….we had already booked our flights so would have been more costly to change, also I wanted to see my good friend Kapil Seth, the only Indian I trust.

I was tempted to say you can take my visa and put it where the sun does not shine! As you can see I was a bit angry!

Sangeet kept me calm and said it is no use we will have to pay the money. We paid and sat back down. I was still fuming. It took a further thirty minutes for her to pick up our passports from her tray which was in arms length to her and pass them to us!

Afterwards we ate at Taiwan restaurant. Then headed to Wat Phrathat Doi Suthep is a Theravada Buddhist temple in Chiang Mai Province, Thailand. The temple is often referred to as “Doi Suthep” although this is actually the name of the mountain it is located on. The temple is located 15 km from the city of Chiang Mai and is a sacred site to many Thai people. From the temple, impressive views of Chiang Mai can be seen and it remains a popular destination for tourists. 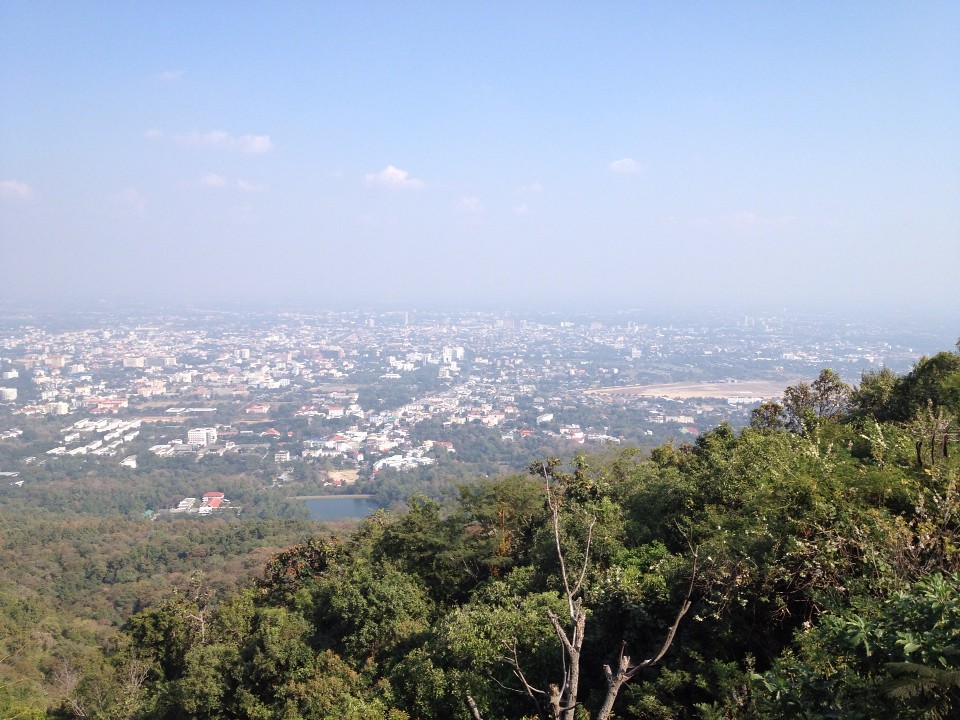 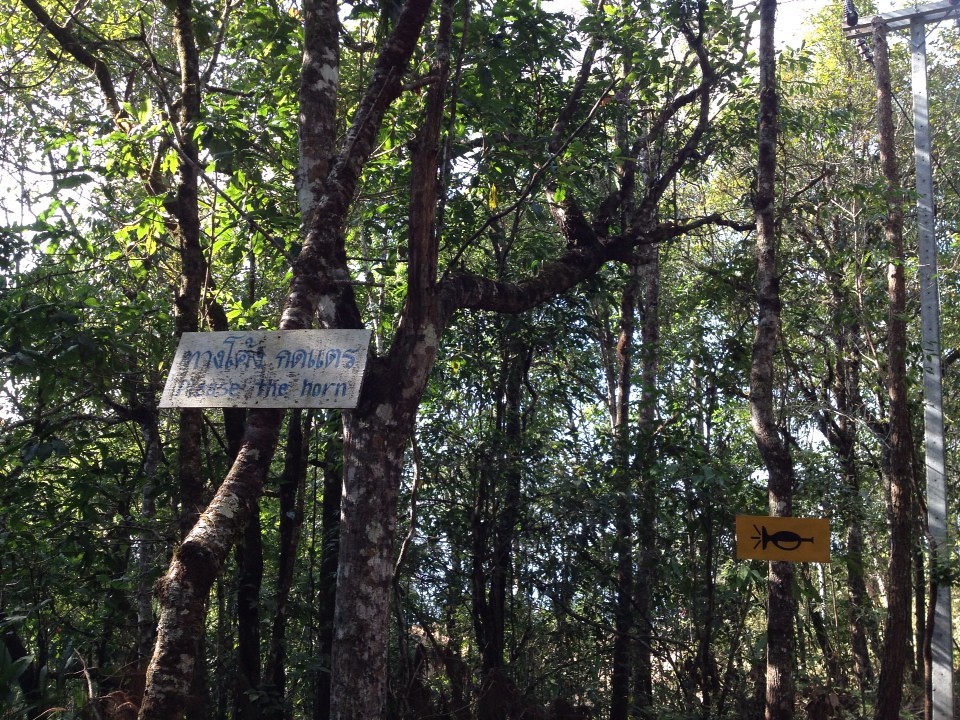 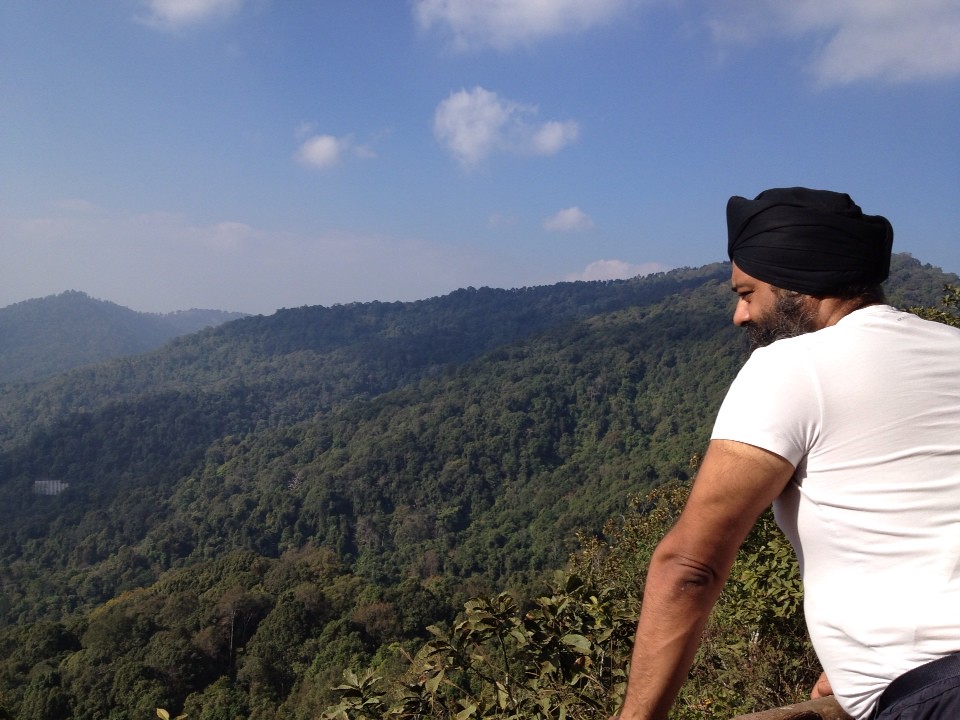 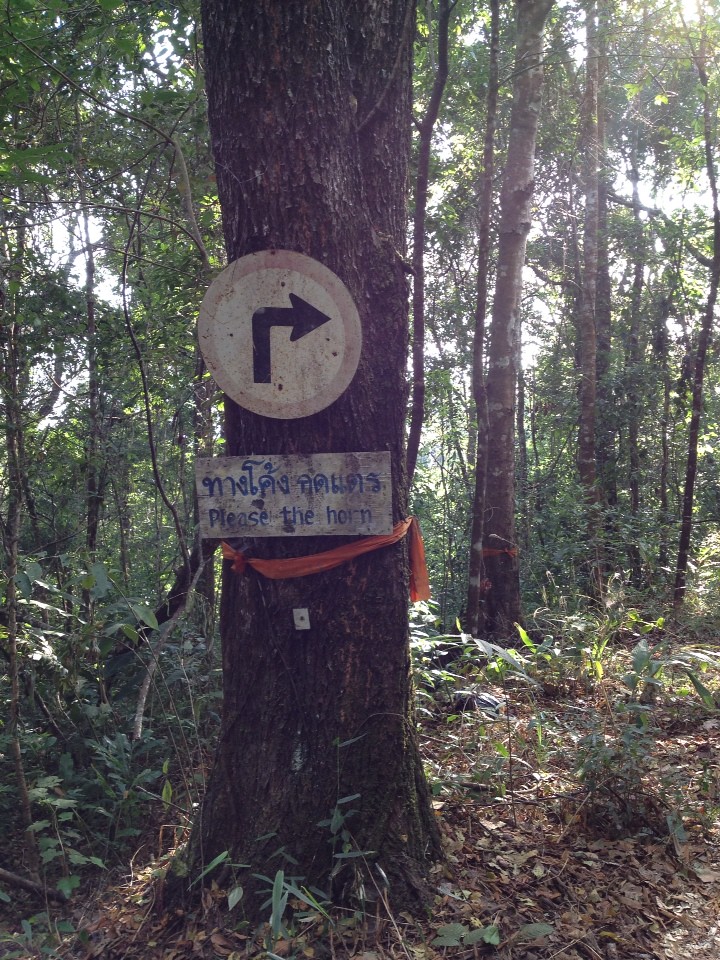 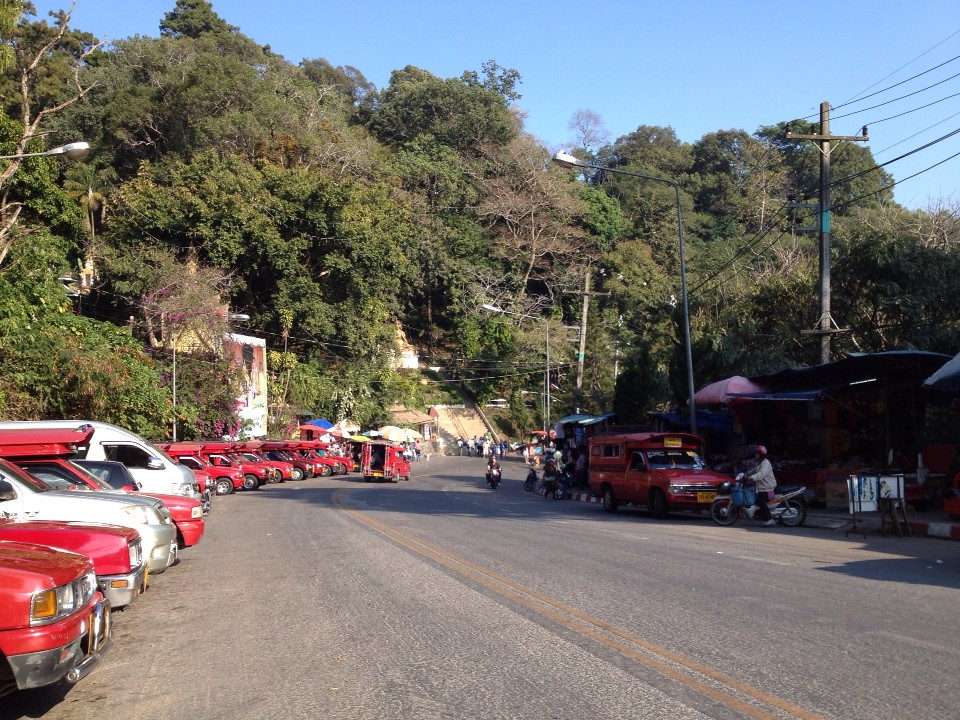 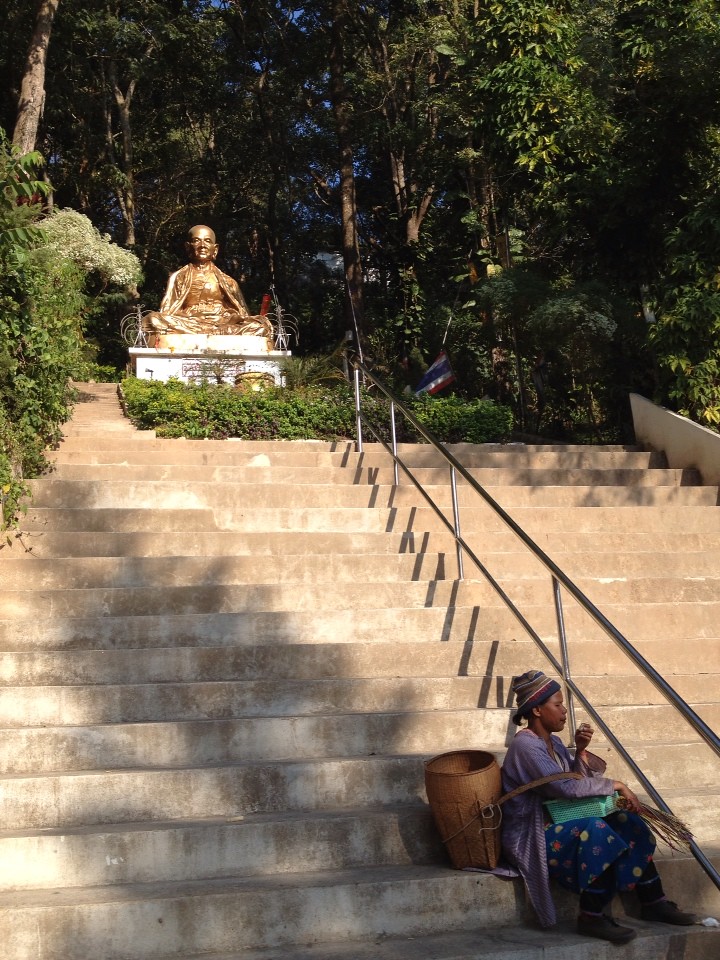 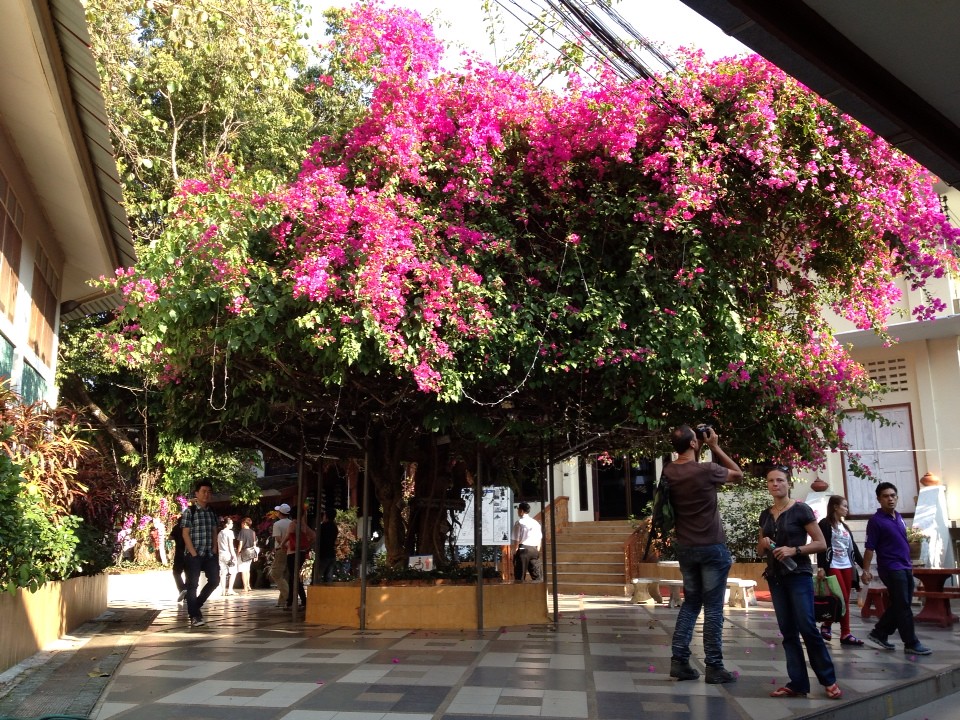 Taking the cable car to the temple 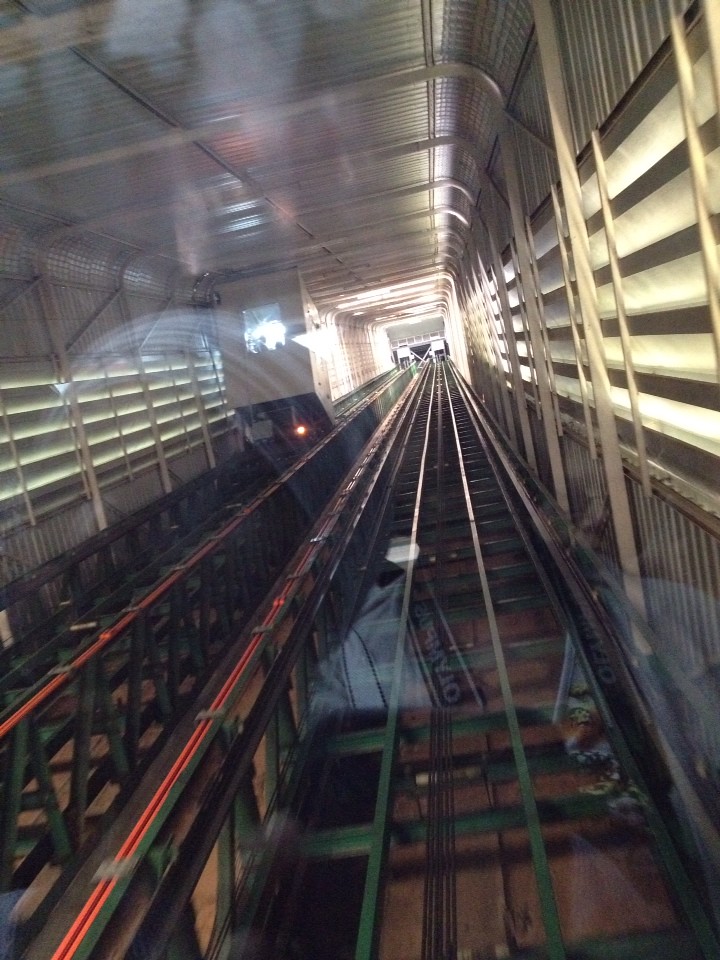 The original founding of the temple remains a legend and there are a few varied versions. The temple is said to have been founded in 1383 when the first chedi was built. Over time, the temple has expanded, and been made to look more extravagant with many more holy shrines added. A road to the temple was first built in 1935. 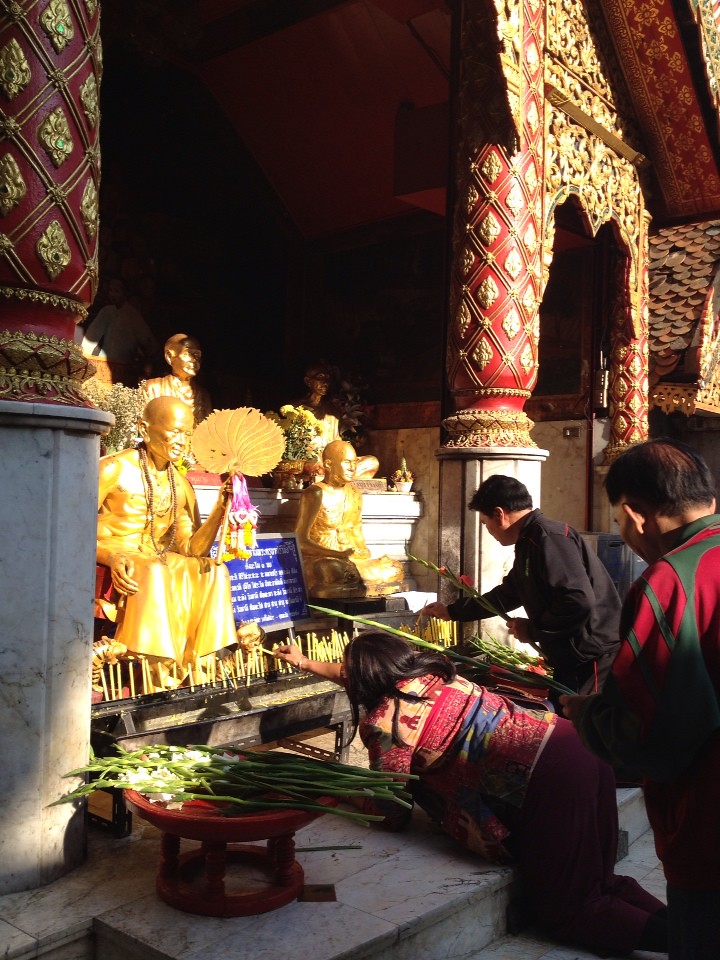 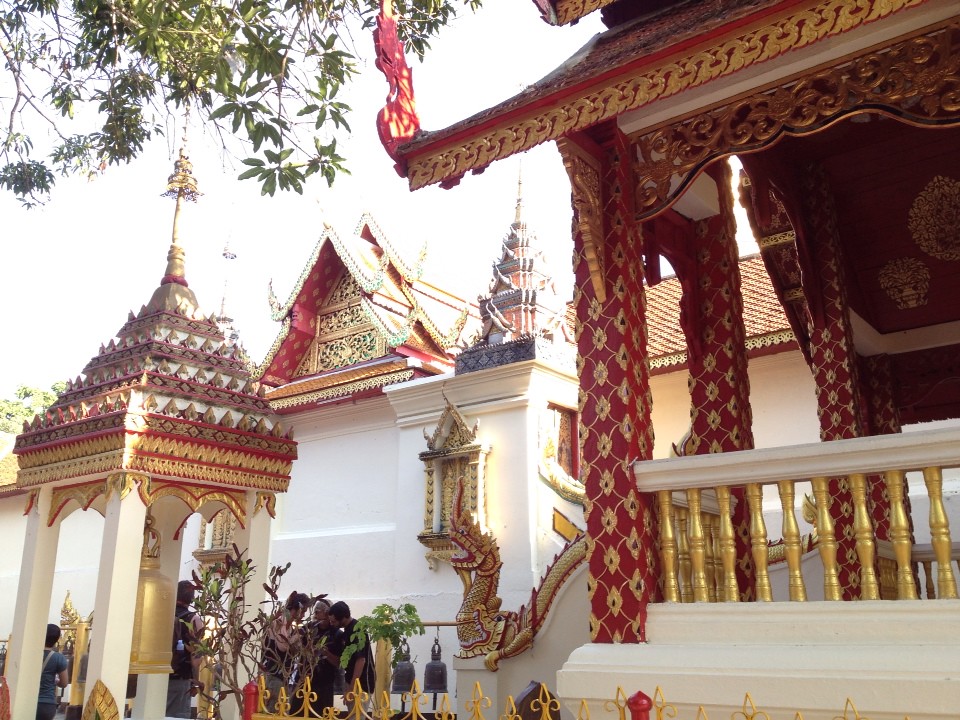 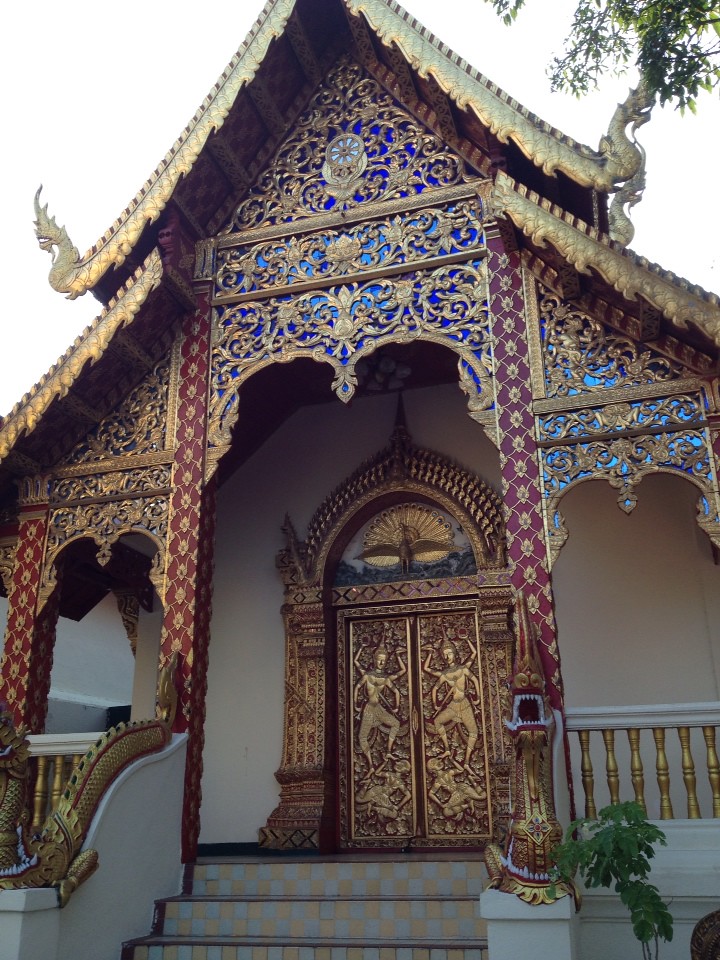 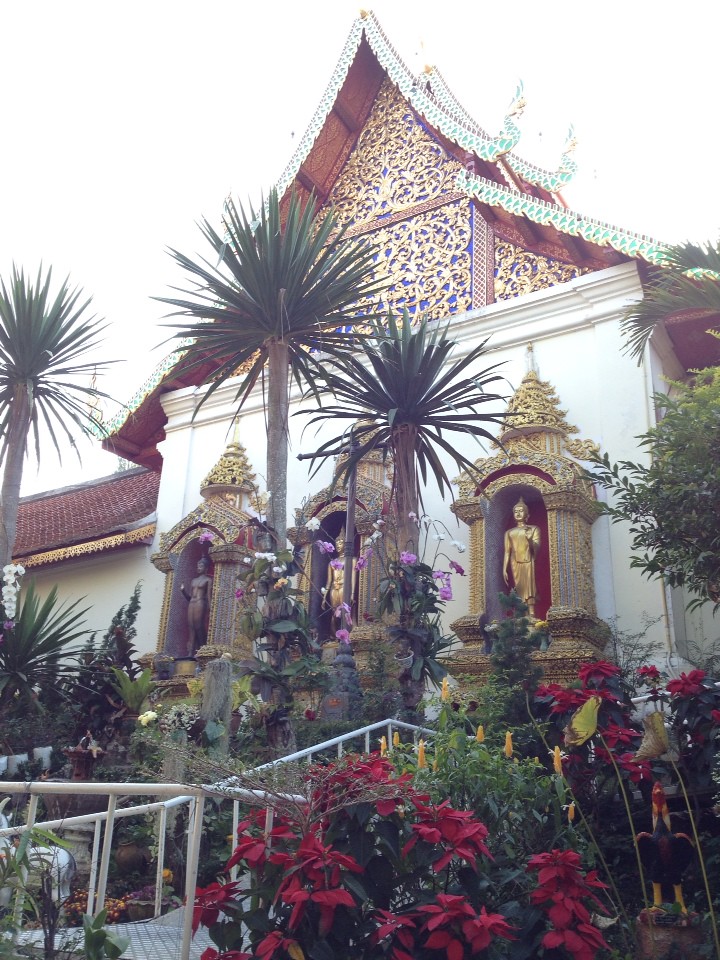 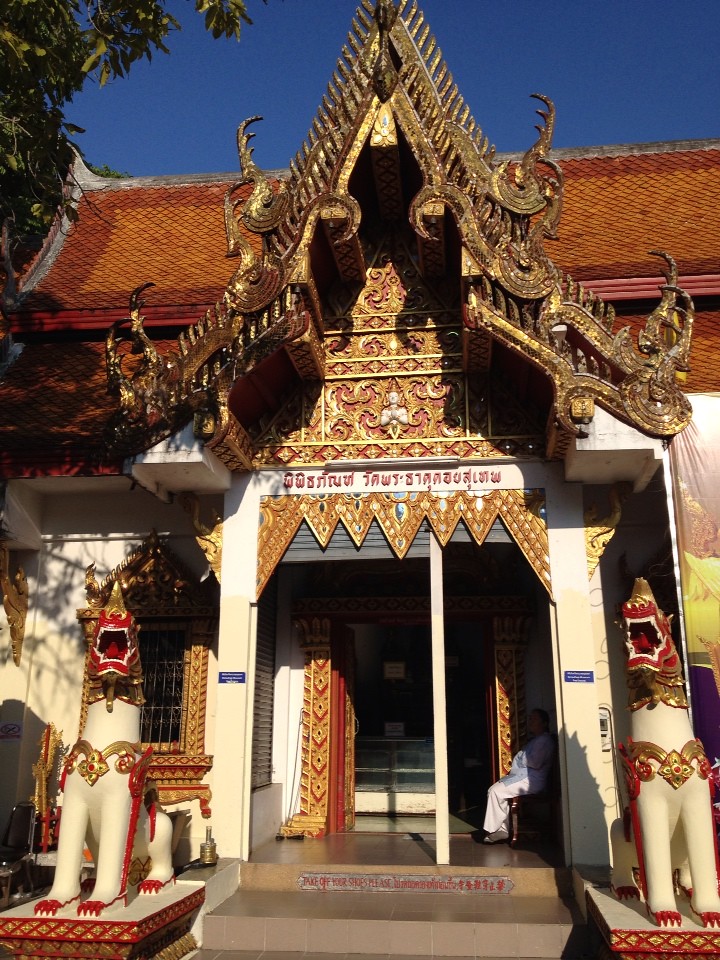 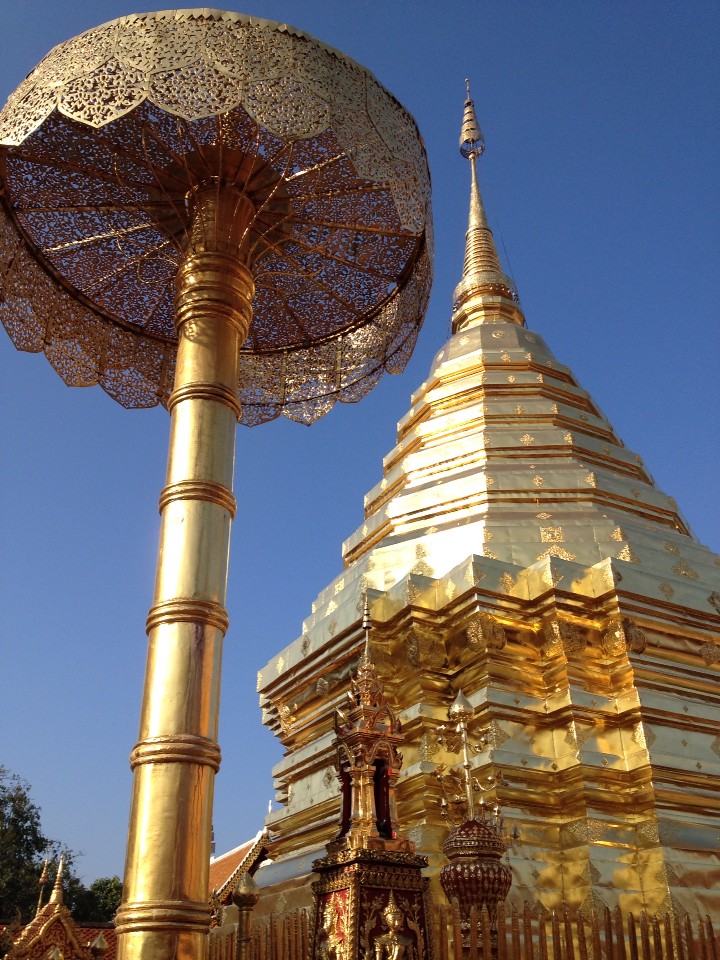 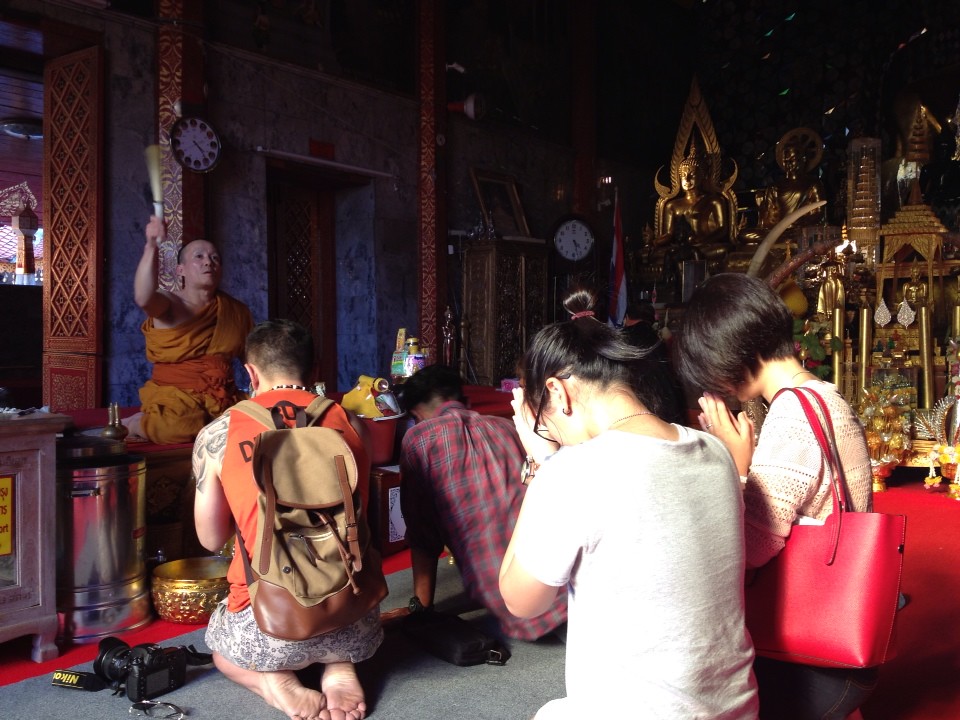 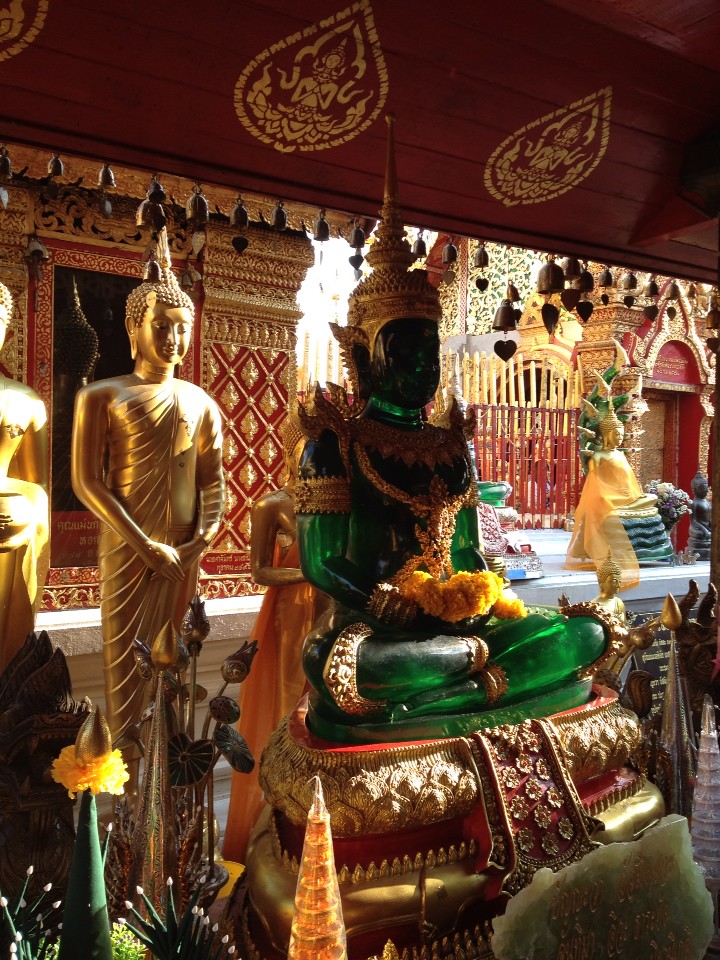 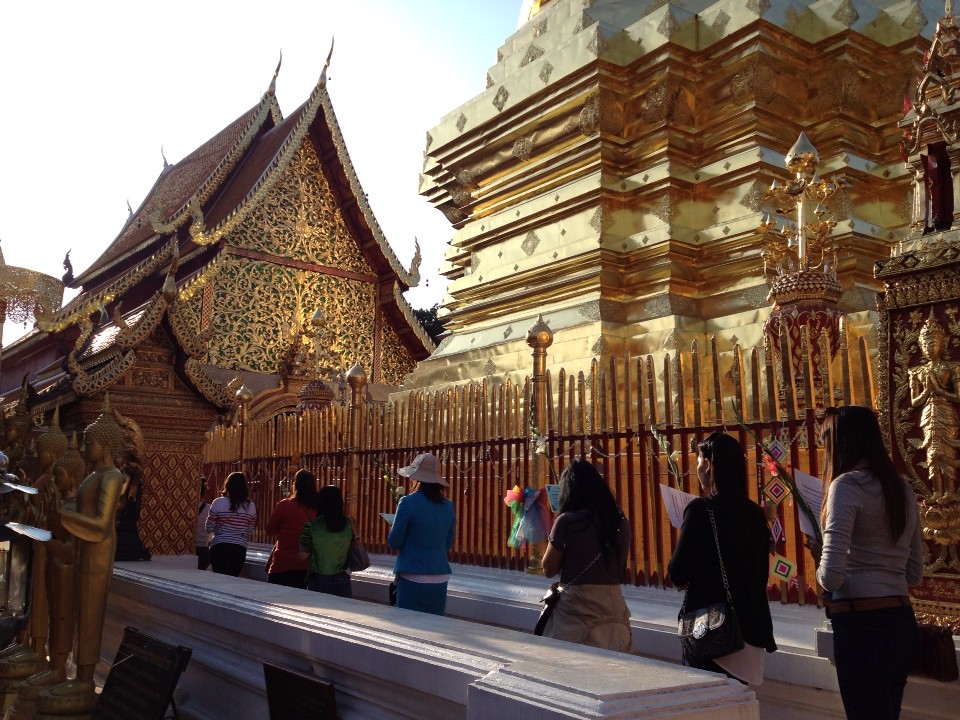 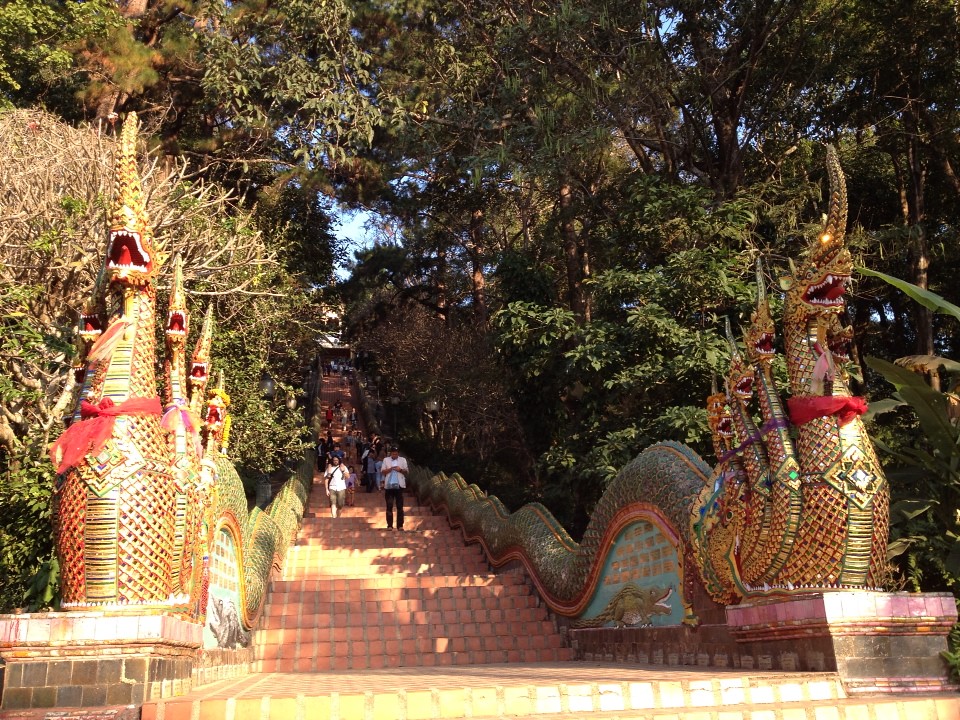 We came back, popped into the railway station to buy one way travel to Bangkok. The journey takes 13 hours and costs around 600 Thai baht per person. A very straight forward procedure here are two windows one is information and the other where you can buy the tickets. The staff are very helpful. The train only has second class seats…not looking forward to this!

On the way back we gave the scooter to the hire company and wandered to GIVA for drinks and food. 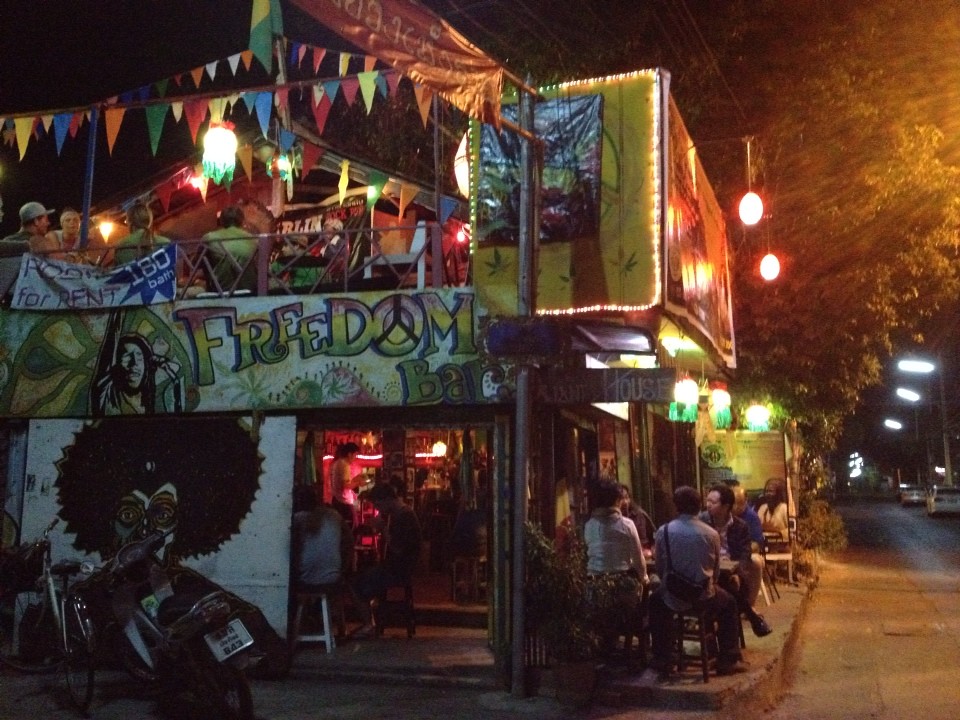 We had a hot chocolate at U Chiang Mae hotel, which was vey tasty.