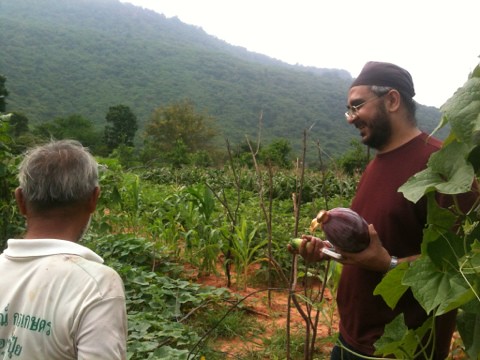 My friend Inderjit Singh from Bangkok picked me up and we visited his farm.

The drive took two hours, it felt great to be leaving the smog and seeing greenery! The air felt amazing and I was filling my lungs. 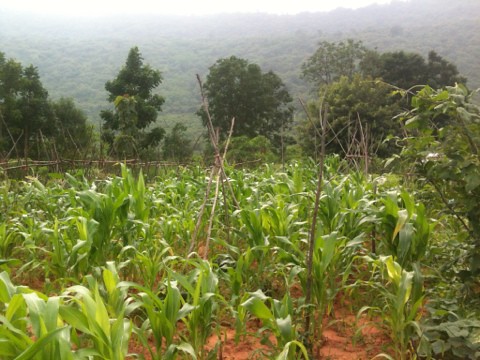 We brought back many bananas! 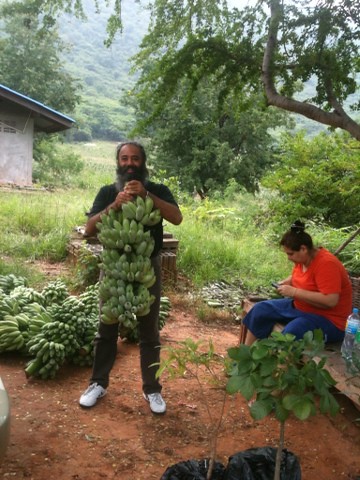 Inderjit Singh on the right sitting next to his helper. The helper is a very lucky man, a while back a king cobra came into his bed. Luckily he heard the hissing got out, killed and ate the snake! Apparently the king cobra is the tastiest! 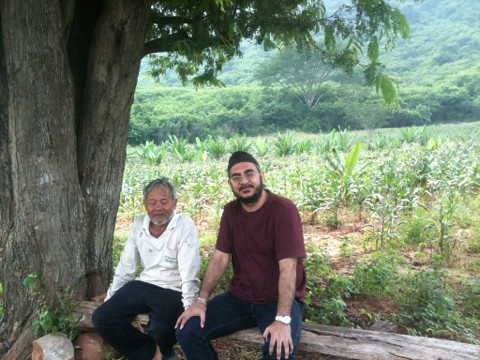 50 acres of farm, ready for harvesting 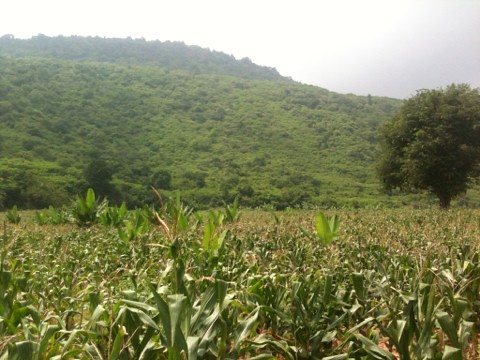 The bananas we brought back. 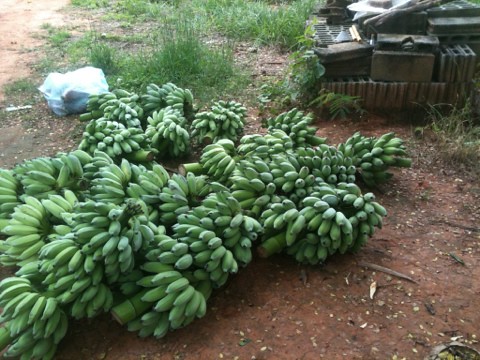 Once Inderjit Singh has built a few huts to sleep in, he will be looking for WWOOFers. So if you do not mind snakes…..this will be a great area to learn about organic farming. 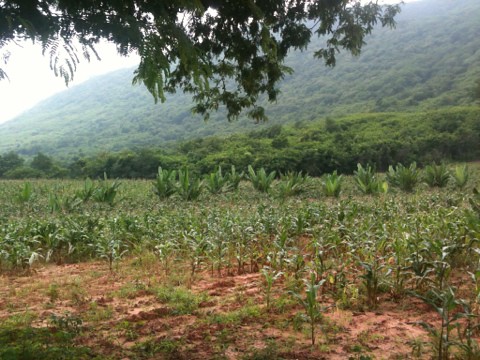 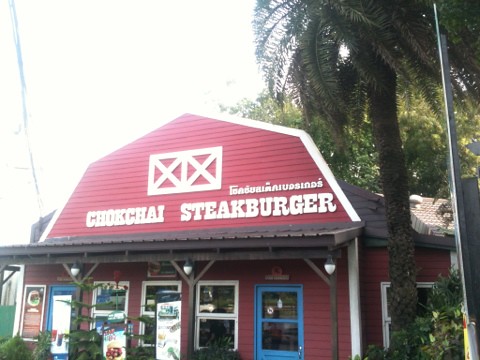 Chokchai steak house. They do vegetarian meals, the staff are knowledgable about soups containing chicken broth.
Chokchai Steakhouse was first established in 1971 when Khun Chokchai Bulakul built “Chokchai Building”, the tallest skyscraper in Thailand at that time (26 storeys), and opened Chokchai Steakhouse on the 23rd floor. The restaurant was styled in a classic Country & Western motif, offering spectacular skyline views of Bangkok. Soon after the opening, Chokchai Steakhouse became famous for its high quality steak, offering both imported and Farm Chokchai beef.
In 1985, Chokchai Steakhouse expanded its business in the form of a fast food restaurant at the food center of MBK Shopping Center, which remained a success until 1990, when the space leasing contract was up.
In 1986, Chokchai Steakhouse, the Pakchong branch was established in the front area of Farm Chokchai, Pakchong, Nakhon Ratchasima. The restaurant has been so well-received from customers that it has been expanded to serve up to 600 guests, compared to 150 guests at the beginning, and is now housed in a three-storey building with meeting space.
In 1991, Chokchai Steakhouse, Rangsit branch, was founded with the dream of creating a steak house with a Modern Country style blended with a cowboy edge: the distinctive look of Chokchai Steakhouse.
In 1995, Khun Choak Bulakul launched Chokchai Prime Steak House, Sukhumvit 23 branch, in a different style which offered a luxurious Modern Western ambiance that still epitomizes the legendary cowboy of Farm Chokchai.