Why another Indian curry…..!? 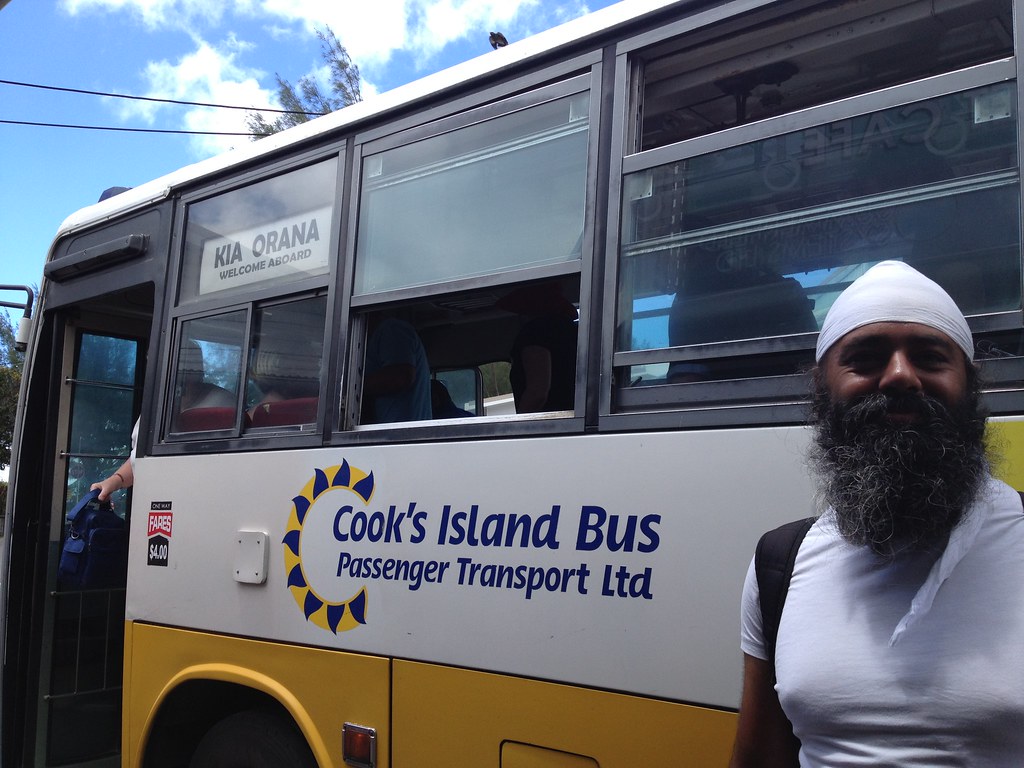 Today we got the cleaner to clean the shower, which she did, I was so happy and just jumped into the shower. I really do think that one cannot stay in a hostel in such an idyllic location. Perhaps it is just me, I really am too used to luxury and am finding hostelling quite a challenge. We first travelled the world in 2005 for three months, we were very fortunate to find (on the whole) clean accommadation. Nowadays it seems more of a challenge. I am just so tempted to pull out the American Express platinum charge card and blow it on luxury accommodation!!

Afterwards we went to the hostel dining room to find Phillip from Croatia and Jacob from Australia. Great guys who have been here for a while, they gave us some good information. They also invited us to the hostel barbecue they have organised for tomorrow night.

There is a bus service that runs around the whole of the island one clockwise and the other anti-clockwise, you cannot miss it as it says this on the screen. It runs every hour, there are some designated stops around the island, this is more so you know roughly what time it will be at the stop. Alternatively if you see a bus coming you can flag it down regardless of where you are. A single fare, regardless of distance costs NZ$4 a return fare costs NZ$7, we bought two return fares. We headed clockwise to Avarua town north of the Island to get off at Cooks Corner, a ‘sort of’ bus station. Our hostel is on the west coast. The bus was full of tourists. The locals seem to get around mainly by scooter just like Aitutaki. After a quick visit to Foodland supermarket much cheaper than the grocery we went to yesterday and much more to choose from, they have vegetarian cheese! This island has a lot more in stock then Aitutaki, perhaps because the cargo will come here first from New Zealand. Saying that the prices for imported goods is still very high. We picked up some tomatoes, mushrooms potatoes and onions as usually the best veg goes pretty quickly. 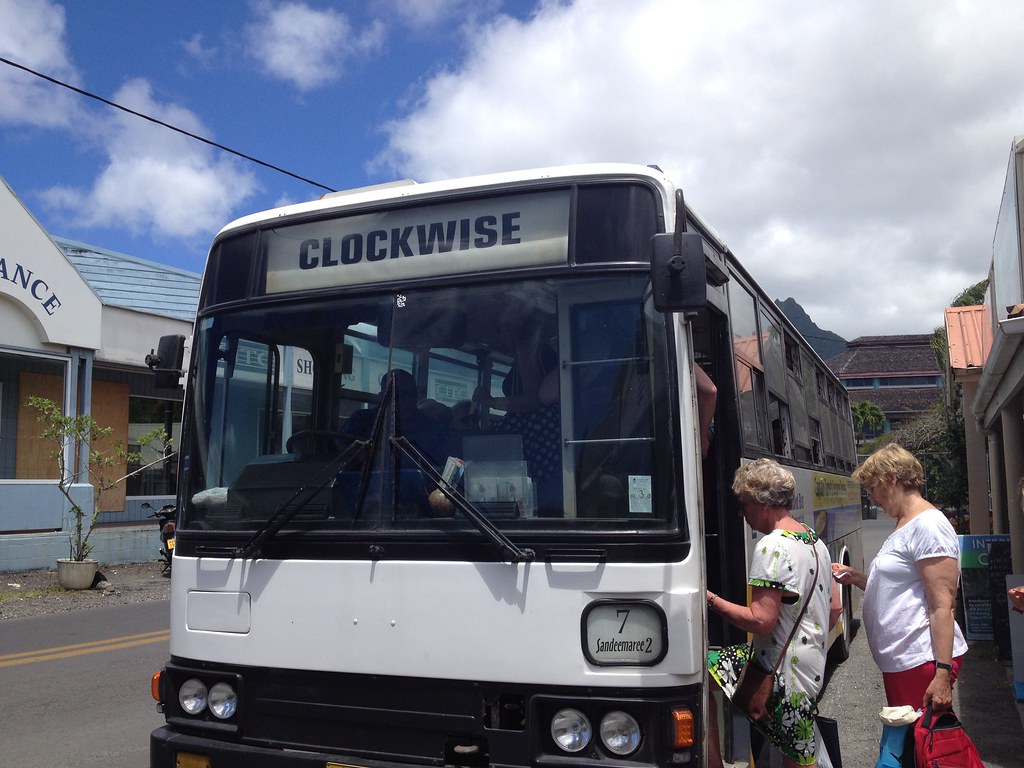 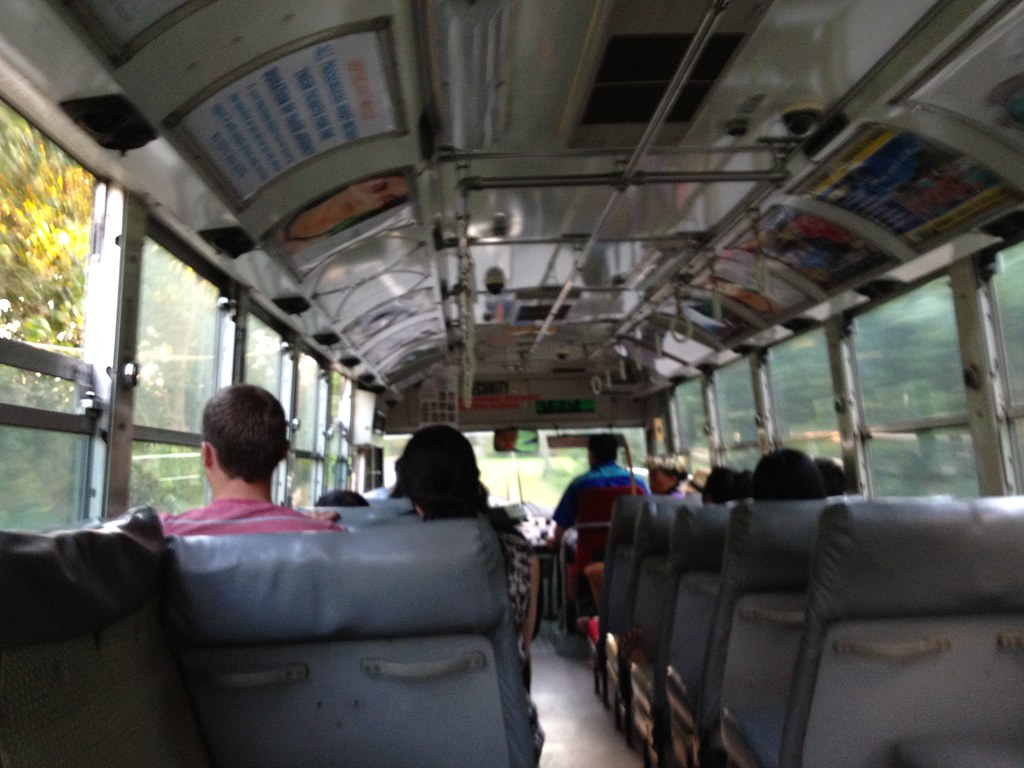 Afterwards we walked to an Indian restaurant called Raviz, the manager is over from Auckland as they have branches there, he has been here for 7 years. As we entered the restaurant i noticed ‘Ek Onkar’ written on the cupboard, it gave me a good feeling to know the restaurnt is run by Sikhs, who, hopefully would know the inportance of cooking veg and non veg dishes seperately. We ordered dhaal, butter paneer, jeera rice with mango lassi, dessert was mango kulfi. It tasted nice. I just know I will suffer later!! 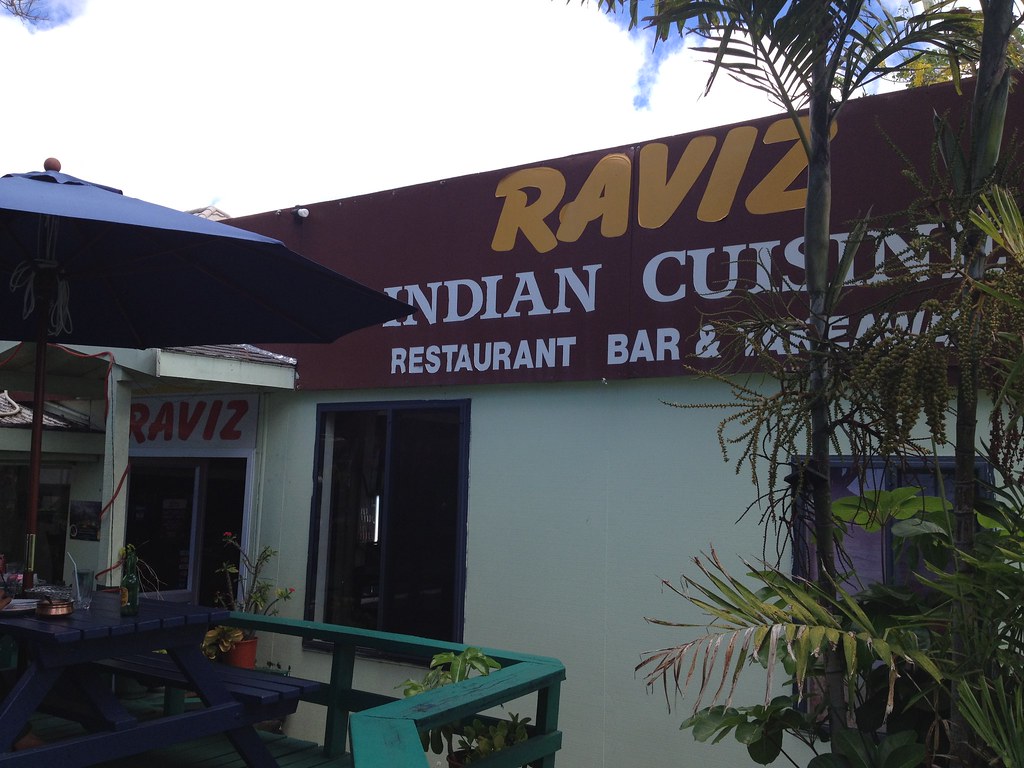 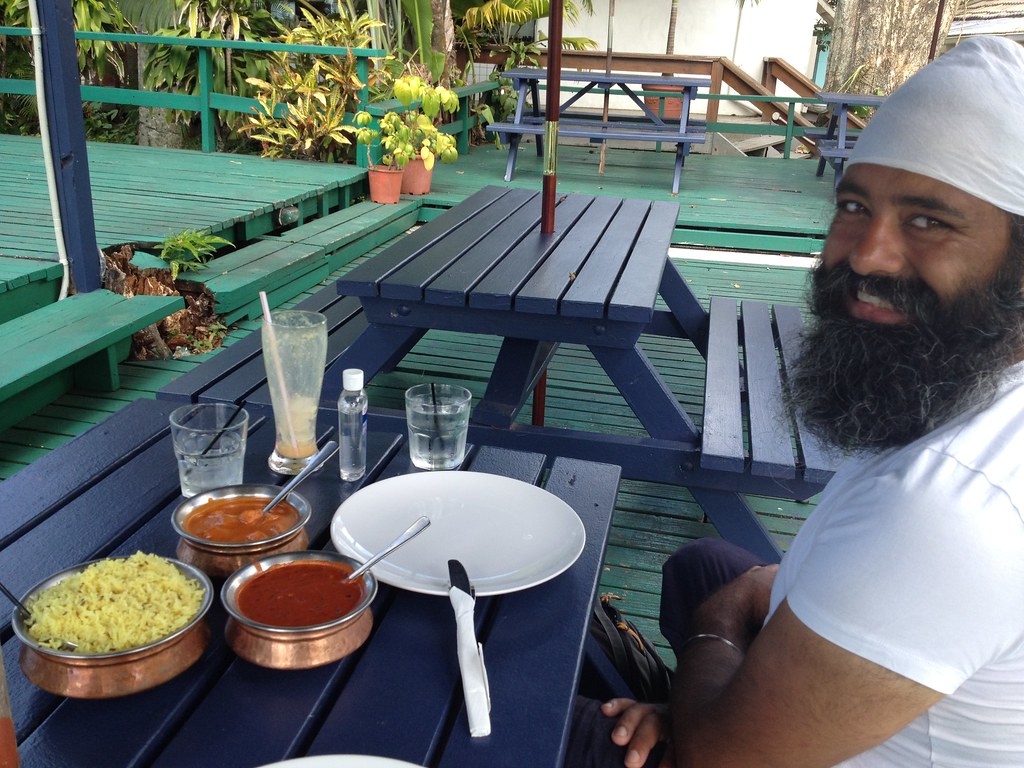 Whilst eating a elderly man Derek approached us and asked if we were from Punjab, we said yes (well technically we are!) he said that the happiest years of his life were in India studying in the foothills of the Himalayas, he and his wife have been coming to the Cook Islands for the last twenty years, this year they were celebrating their 58th wedding anniversary. He left India in 1947 as things started to feel less safe. He said he loved India and the people…..not sure where in India he went that he loves the place and people! Anyway, in 1947 he went to England and joined the RAF where he met his wife Edith (she worked in traffic control for the RAF). Derek was a very friendly and chatty genetleman and I think he was excited to see a couple of Indians.

After lunch we met the chef Baburam Sharma he had been here for 7 years and was bored, said its a good place to visit but not to live there was nothing to do, dont think his family are here with him. Made me think that sometimes you look at a place and think I could retire here but then what would you do? The mind should always be kept busy.

We had a long wander around town saw the Para O Tane Palace famous because the treaty accepting the Cook Islands as a British protectorate was signed here in 1888. we went to the information centre and also found out about yoga (Ashtanga) classes that run on weekdays. Yoga is everywhere! then we got ice cream as the temperature was soaring, it was around 30 degrees C. I am still trying to get free wifi and have come to the conclusion that even on this main island it does not exist. Probably another reason I could never retire here. 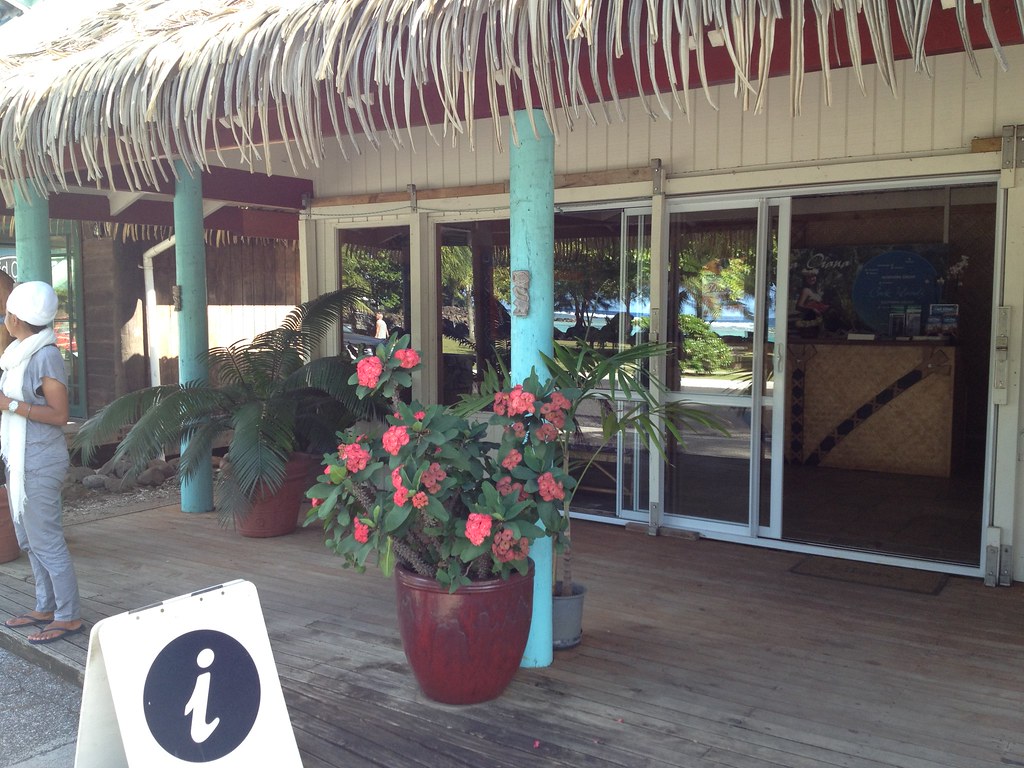 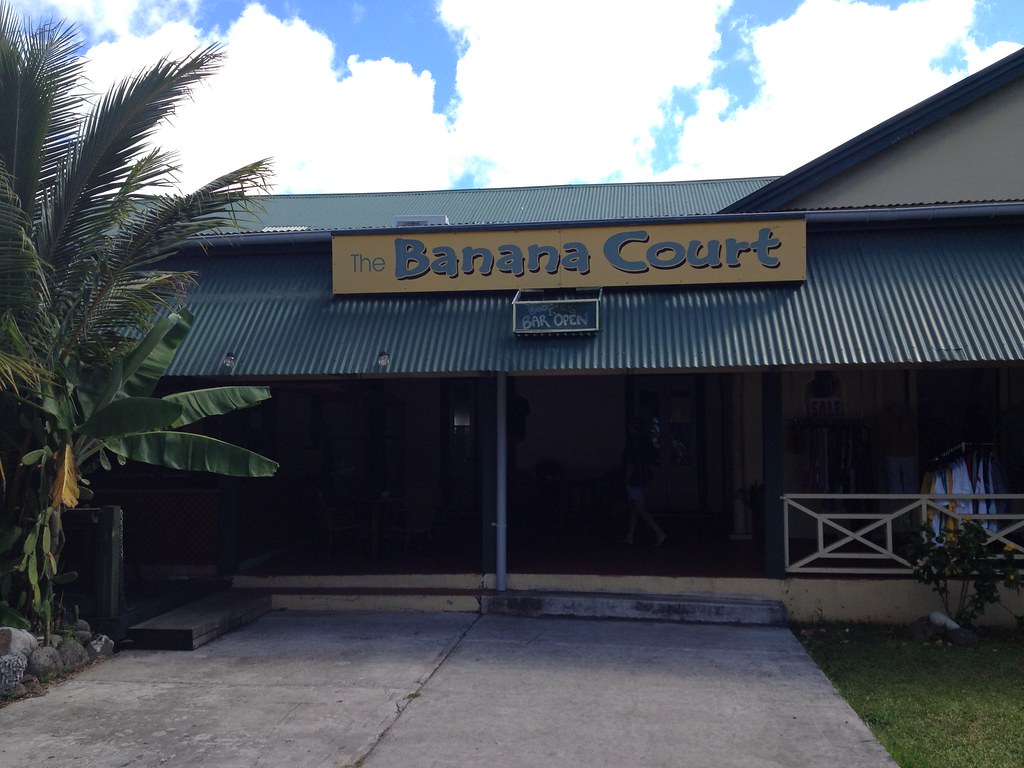 We carried on exploring the town and the beach near Trader Jacks cafe there are a few ATM points ANZ and Westpac, the latter charges for withdrawals (around NZ $4.50) whilst ANZ has been free.

As the bus service stops at 4pm and resumes service at 6pm we decided to go to Cafe Salsa for a coffee, Sangeet had a hot chocolate with soy milk, I had a cappuccino. 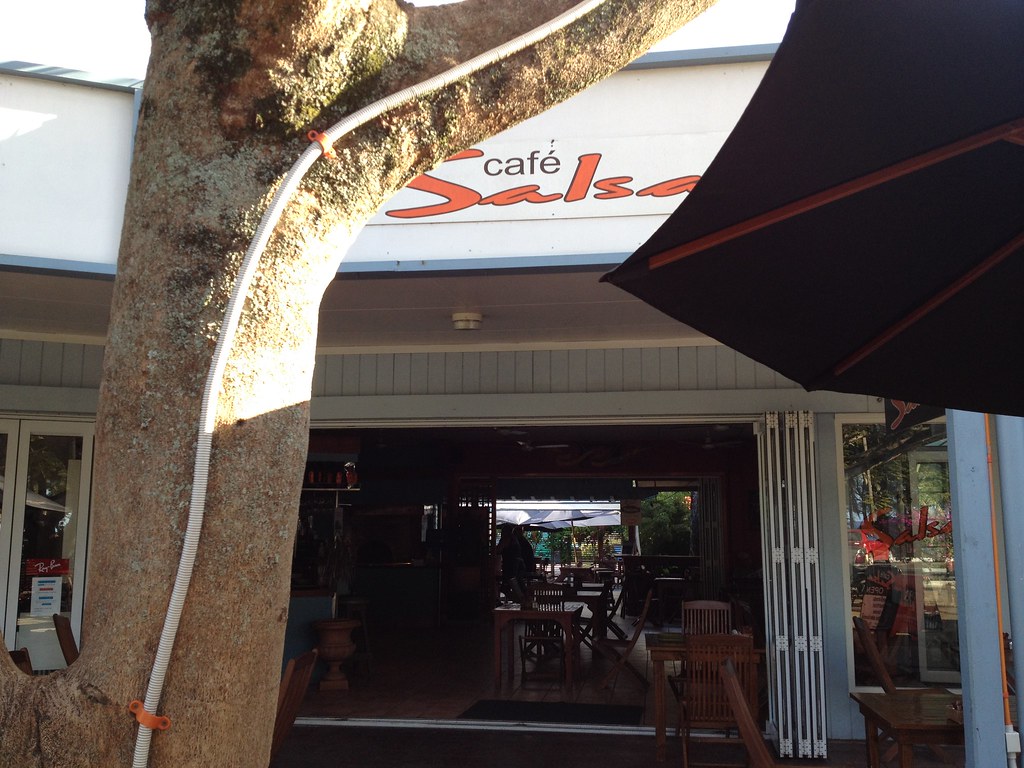 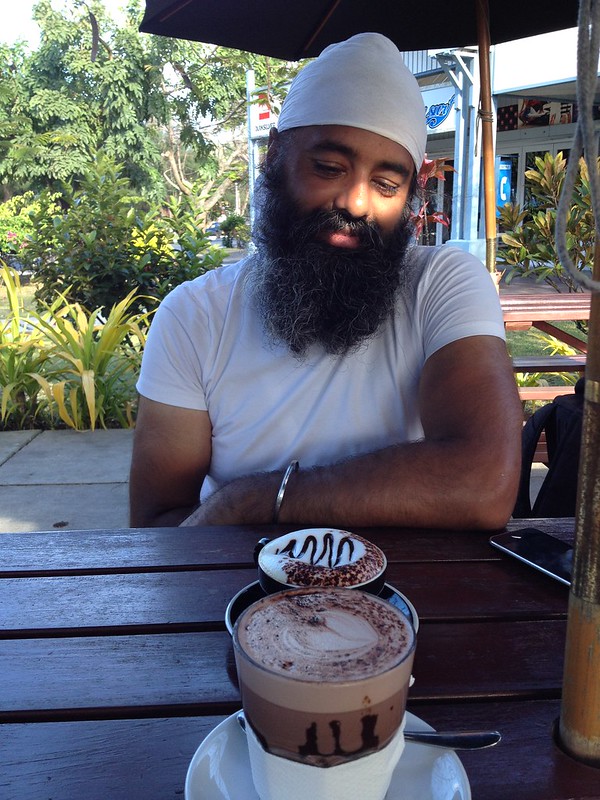 We then went back to Foodland supermarket to stock up on more food and water. Usually at the checkout Sangeet and I have a competition to guess the total amount of the shopping to see who is closest, on this instance I guessed NZ$62.00 Sangeet guessed NZ$65.00 the total was NZ$116.00!!! I nearly fainted! 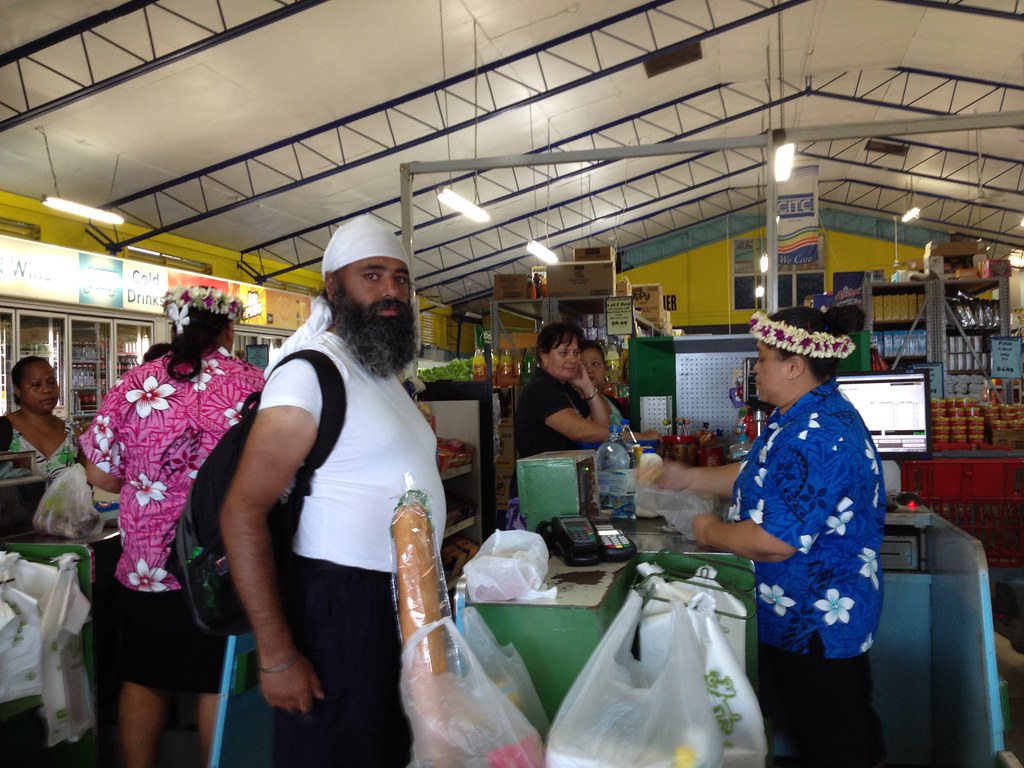 We walked to the bus stop and caught the evening bus clockwise only and went around the island so we did full circle of the island today. It was a cheap way of seeing the whole outer part of the Island. The inner part is not developed lots of greenery and an extinct volcano.

Once we got back to the hostel, Sangeet cleaned the kitchen and fridge before we put any food away, the hostel has laundry facilities so I took the clothes there, it cost NZ$4.00 there is no drying facility. Suppose in this hot weather you just naturally dry the clothes.

Afterwards Sangeet finished off the curry leftovers. I dare not eat it as it caused me an upset stomach so had some bread, butter and relish instead.

We went out to see the stars, quite amazing on how many stars are here we saw a couple of shooting stars which was exciting, one was very long, also got to see a lot of satellites.