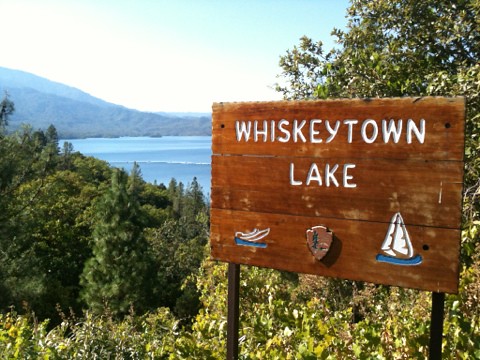 After checking out of Hotel Acarta, we had one last walk around the plaza. We will definitely miss this fantastic town, the people have been warm if not high!

We started driving to Redding taking the 101 north then 299 east, the drive as yesterday was fantastic, especially going through the forests. When we left Acarta the temperature was 75 degrees F. As we got closer to Redding the temperature rose to 99 degrees F. Amazing for only a two hour journey. Felt good to feel the hot weather!

Just before Redding there is a town called Whiskeytown, where there is a fantastic lake…Whiskeytown lake, obviously! 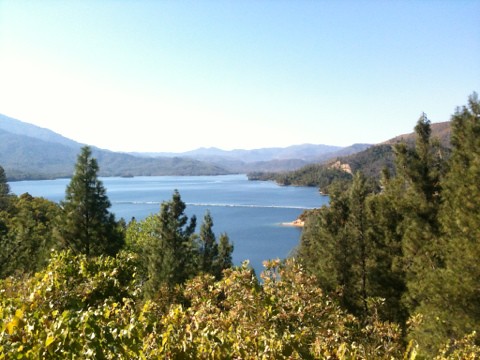 We stopped there for a while and had some snacks.

Afterwards we carried on, there is a Gurdwara in Redding but we did not know the location, suddenly we saw a Starbucks, we parked up outside and used their free wifi and found the location of the Gurdwara. 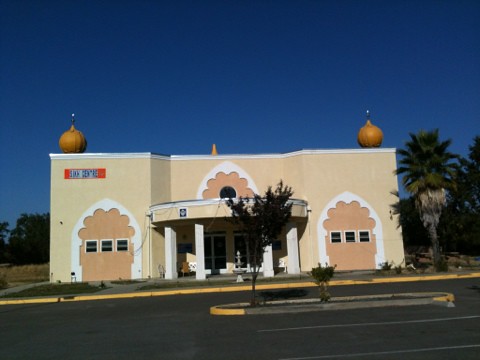 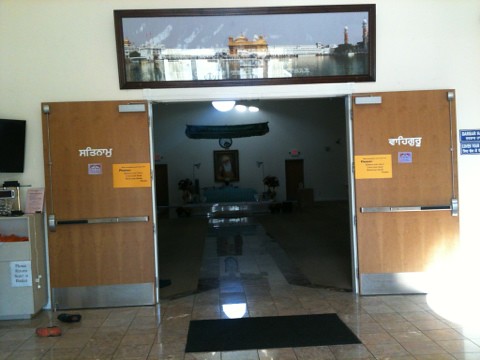 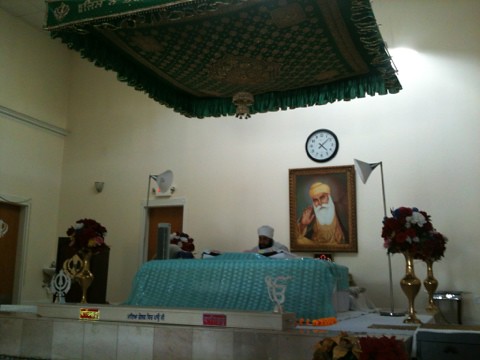 The Gurdwara has been open for 5 years and is attended by around 25 Sikh families. We bowed before Sri Guru Granth Sahib. Afterwards a lady approached us, called Parminder Kaur, a sevadaar (voluntary server), and offered us some melon, she sat with us whilst we ate and told us that whist she was cutting the melon, she thought to herself there are only few of them to eat the melon. She was so happy when we appeared! Amazing how Waheguru works….!

We spent about an hour at the Redding Gurdwara then carried on to Yuba city, taking the interstate 5 south and then 99 towards Chico and Yuba city.

Once we got to Yuba city we stopped at a Starbucks to use the wifi. Don’t you love Starbucks, I heard they also do great coffee! There we found the address and directions to one of the Gurdwara’s

We were in time to listen to some fantastic Kirtan:

After a great lungar (meal from the free community kitchen open to all): 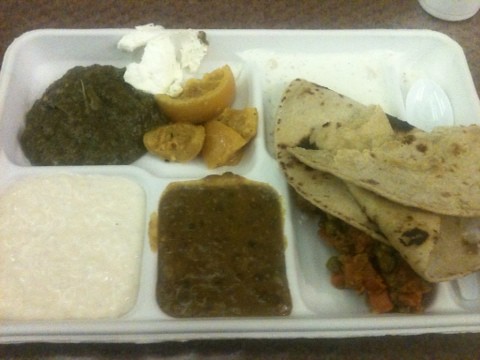 Which consisted of lentils, spinach, roti, yoghurt, rice pudding and chutney. Later, I got talking to some of the guys, they suggested their uncle’s motel and said we will take you there.

We arrived at the Days Inn, Yuba city for a well earned nights sleep!

Thanks guys for your help! 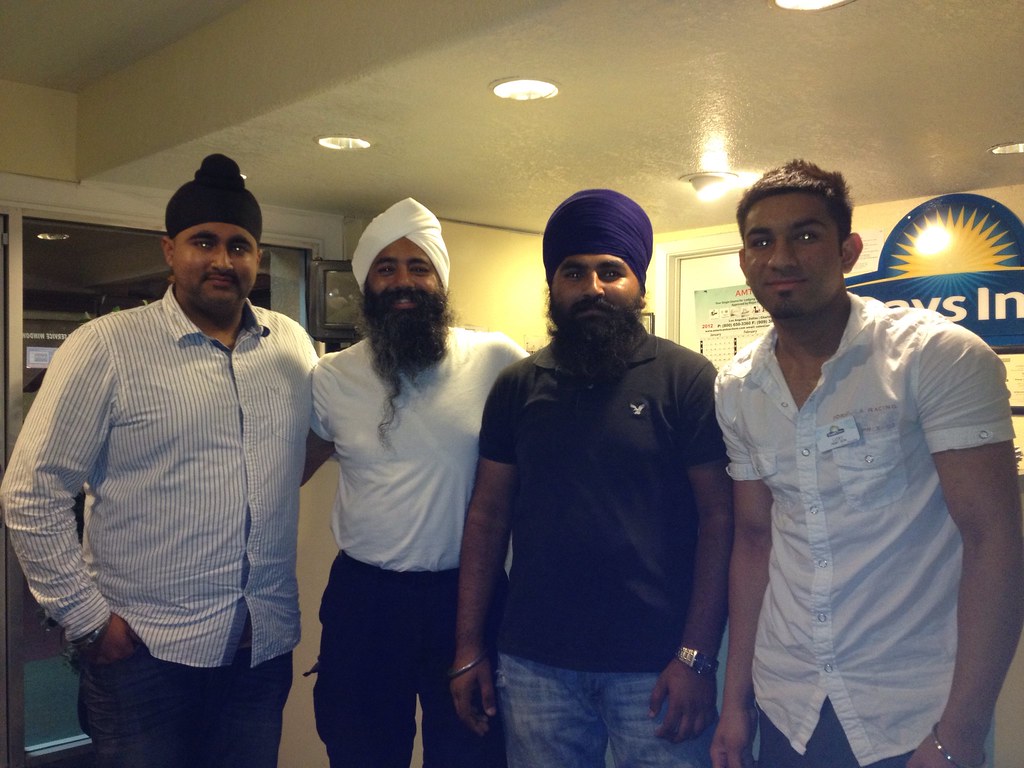