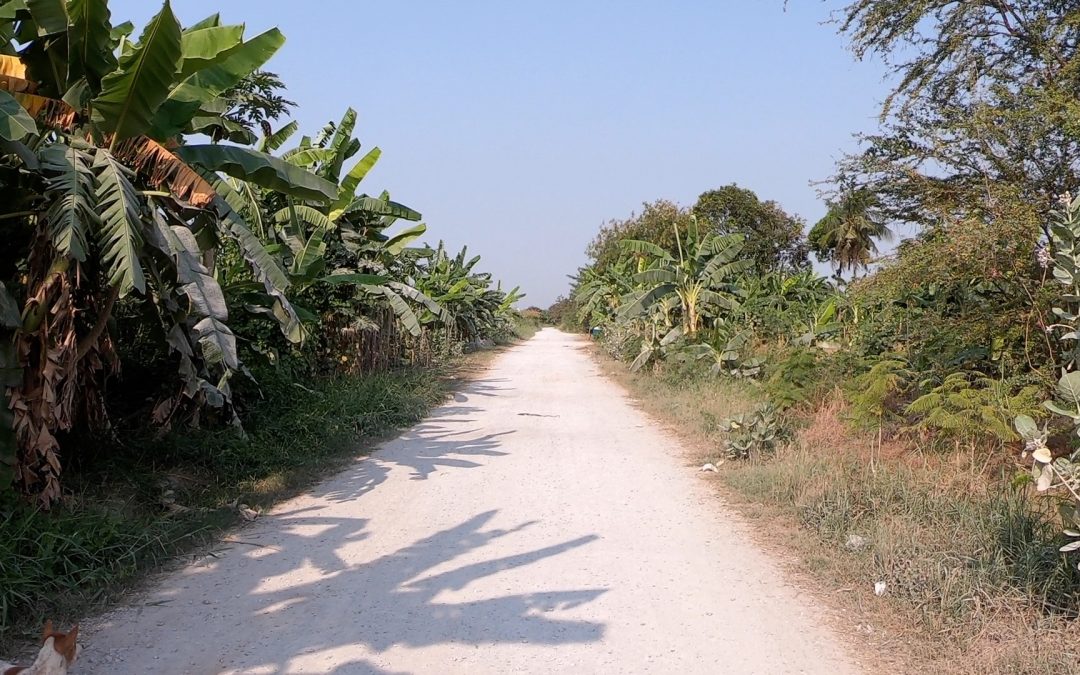 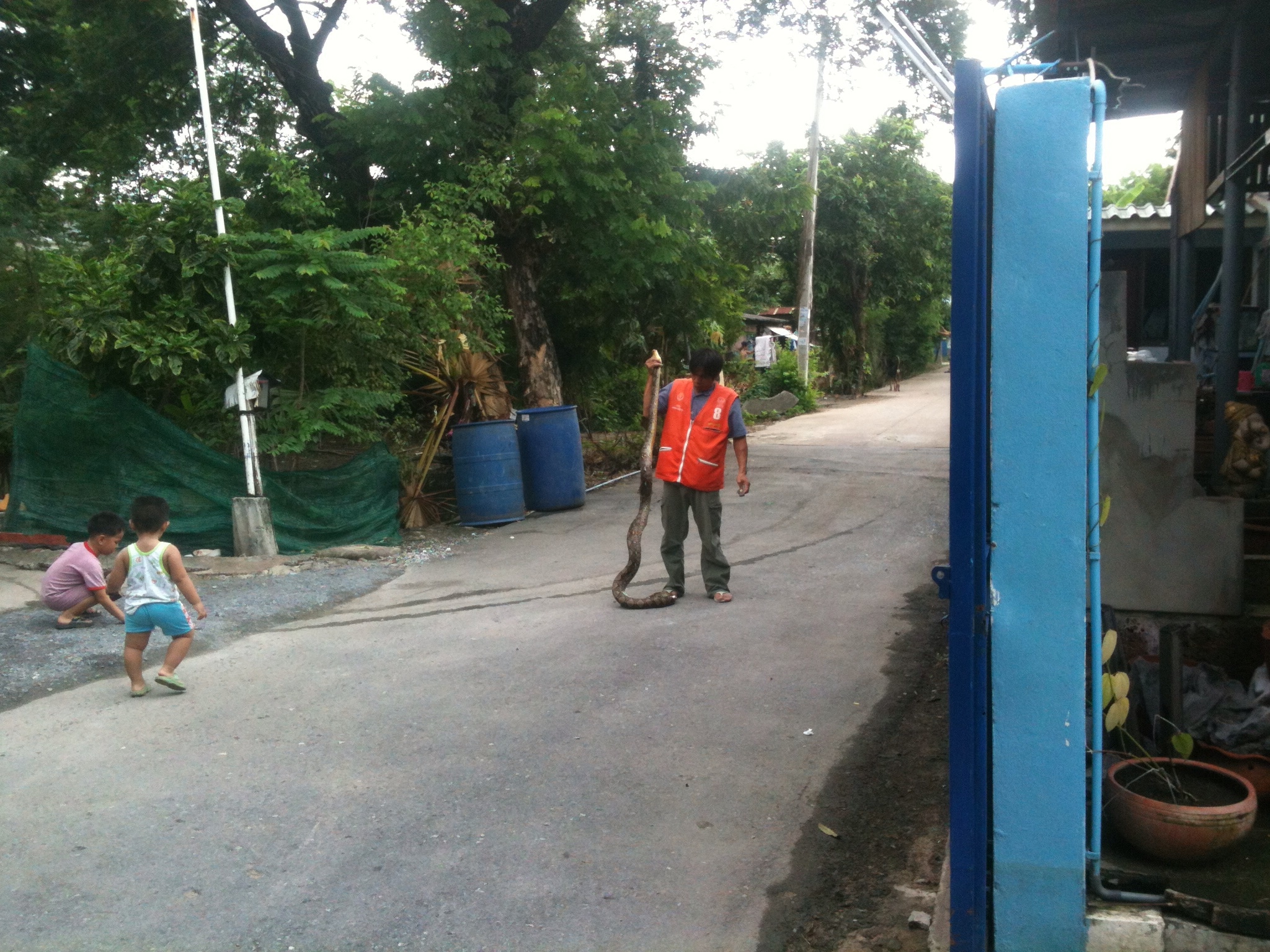 Just outside the gym we saw this amazing creature just chilling after it had eaten a chicken. 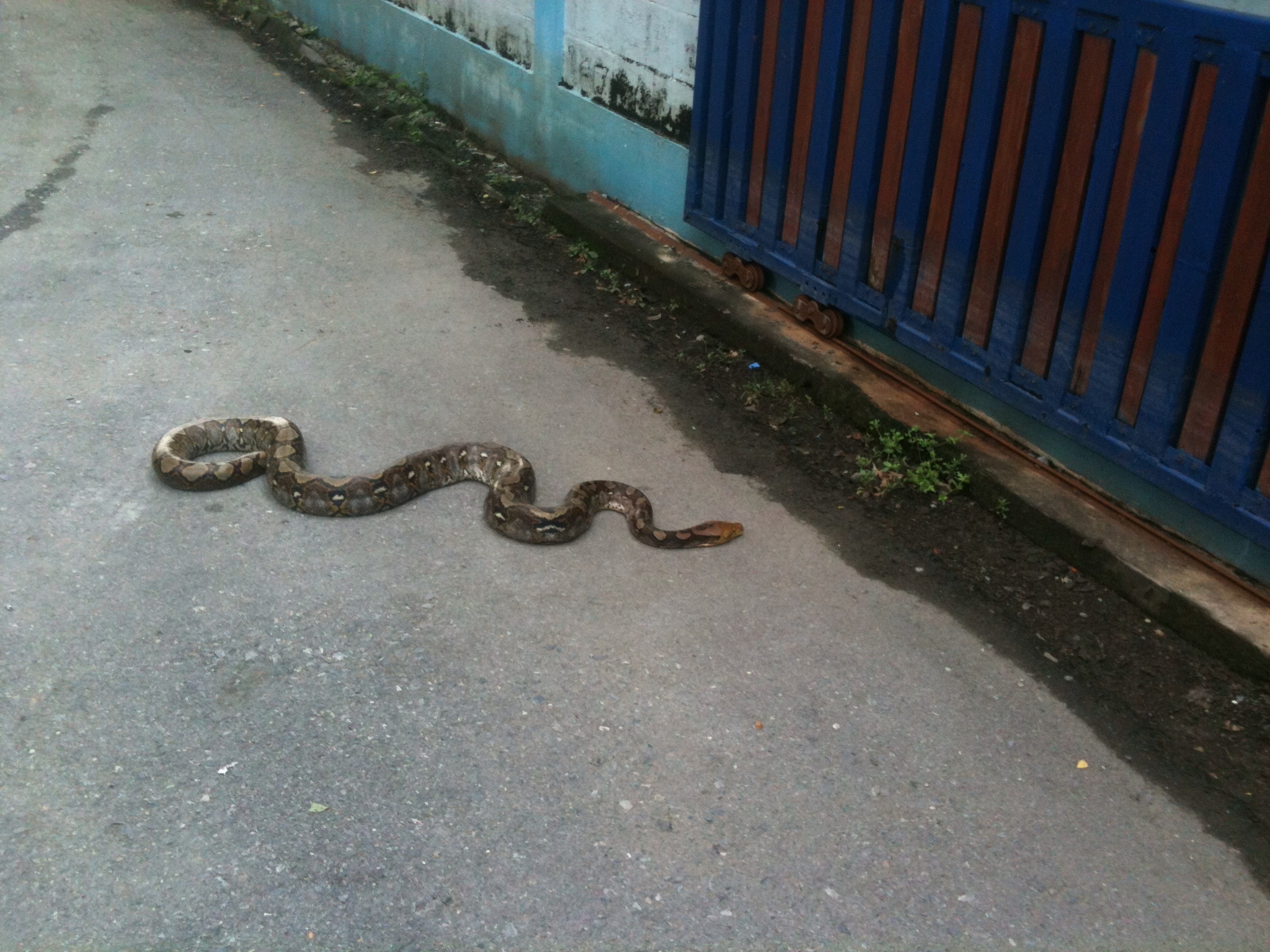 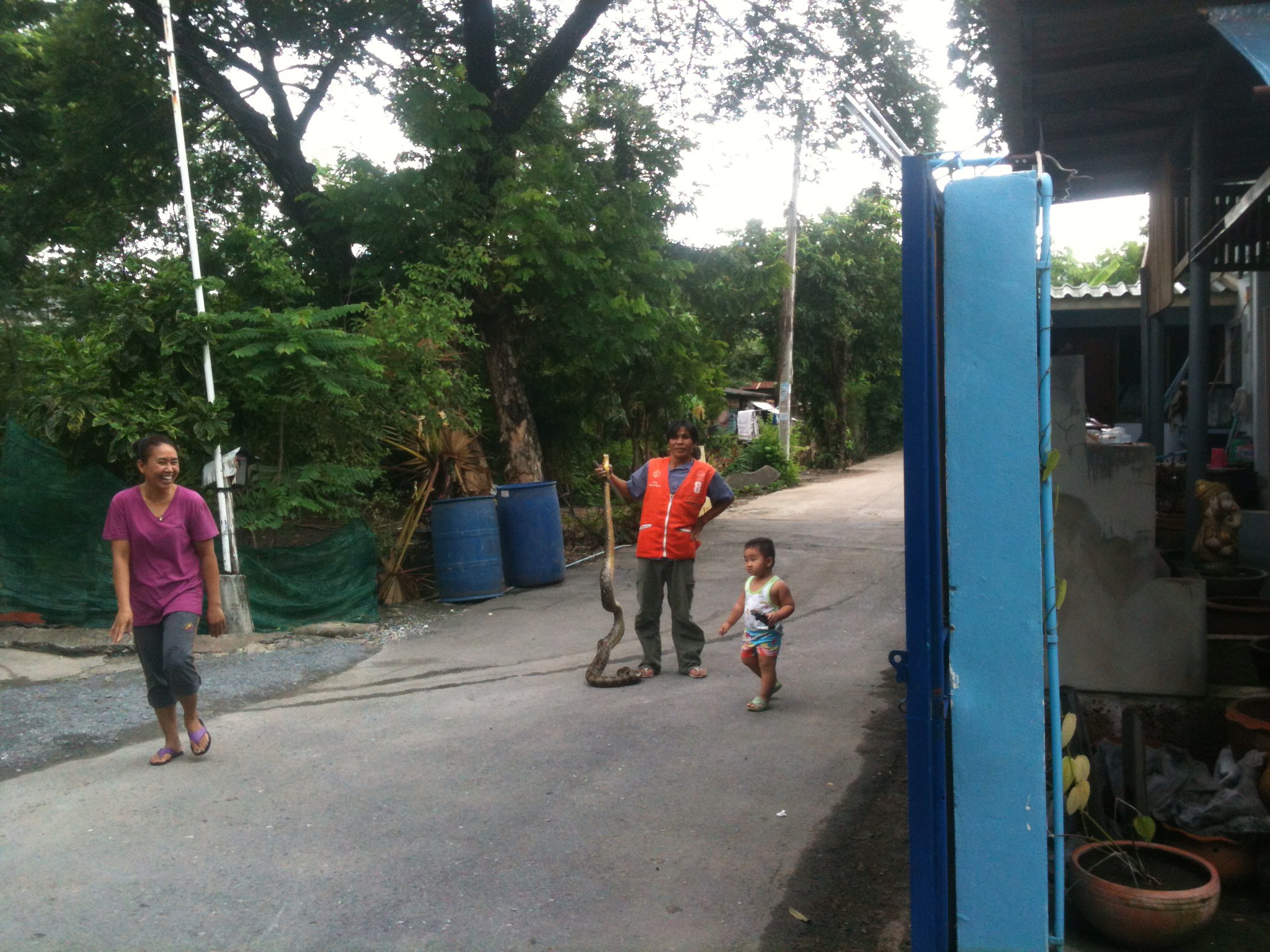 The locals were prodding it and holding it up!! Believe me when I say this snake was very much alive!!

Whilst Sangeet spent a few hours reading, I had a wander to Sim Lim Square. Sim Lim Square (Chinese: 森林商业中心), commonly referred to as SLS, is a large retail complex that offers a wide variety of electronic goods and services ranging from DVDs, cameras, phones, video cameras, computer parts and servicing.
Located at 1 Rochor Canal Road, Singapore, SLS is opposite to historic features such as the Little India district and close to one of the earliest HDB developments. SLS is accessible via MRT at Bugis or Little India.

On the way, in the corner of my eye something attracted my attention. I saw two men around something. At first I thought somebody had fainted, the temperature today was 32 degrees C and around 80% humidity. But something did not look right as the men were jumping on this person/thing. Curiosity took the better of me and I crossed the road to have a look. It was a python!! It came out of the gutter and was moving along the path!!! Now I have a fear of snakes, but I just had to get close for a photo. The lengths I go to for my readers!

I asked an Indian guy who was standing nearby how it came to be here. He said it came to eat rats. I was shocked, you are telling me there are rats here! (For anyone who does not understand sarcasm – that was an example!)

Nervously I continued to Sim Lin Square, avoiding gutters, only sometimes having a look down and wondering what else is there. Once I entered Sim Lim, it was amazing to see. I love electronic gadgets and seeing what new gadgets are out on the market. Please note I said seeing, buying is totally different!! I have been after a stylus for the ipad, I think it would make me look more sophisticated!! The prices in the plazas have been around SGD$50 which is very excessive. I was surprised to see the same named shop sell the same stylus here for SGD$22! What a price difference but still, not what I want to pay. I found a shop selling the stylus for SGD$4 now that is in my price range! It pays to shop around! Me being me, I still tried to bargain at that price, I offered him SGD$3. He refused.

Would you pay SGD$50 for this?

On the way back to the hostel I popped into a taekwondo class and booked a session for this evening at 8pm. I am so looking forward to the class.

When I got back to the hostel Sangeet and I visited the Gurdwara two houses away from us.

A groups of ladies were singing Kirtan

Sangeet stayed on to read the Sukhmani Sahib. I popped back to the hostel to work on the blog. In the background the news was on, this made me chuckle.

Around 6:30 pm I visited the Gurdwara to listen to Kirtan and Rehraas Sahib. The rehras sahib is the evening prayer of the Sikhs. It is recited at the end of a working day. Its purpose is to add energy to one’s being and living environments. It is intended to help with physical weakness and feelings of hopelessness, unsuccessfulness or worthlessness.

Afterwards we walked to the taekwondo class.

I was expecting a very strict class, this one was very relaxed but still a good class. They teach in English. Which was perfect for me. At first people were not so friendly, after a while they became friendly. I just get the feeling that Asians and Indians do not mix in Singapore. Not sure why, so me going and mixing must have felt strange for the Asians.

Please note Asians are the Chinese, Japanese, etc. Indians are obviously the ones that come from India.

After the class we had Guru Ka Langar at the Wilkie Road Gurdwara.