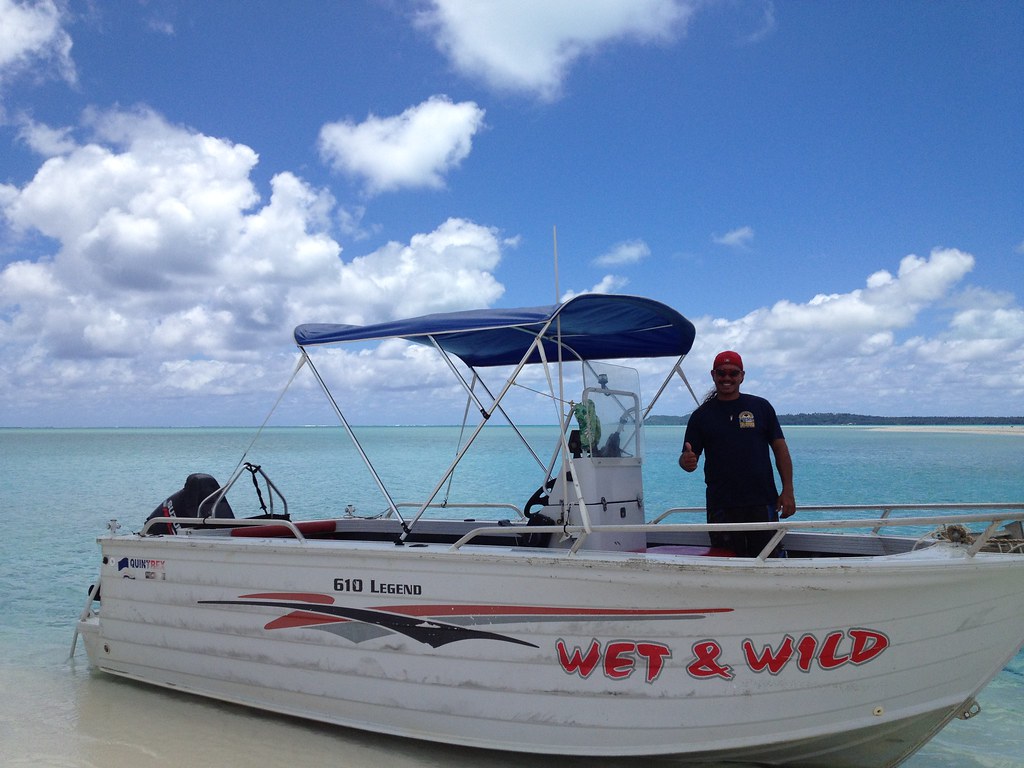 We returned the scooter early as we had a busy day with the lagoon cruise. I was happy and confident at riding the scooter, especially as I got up to 80 kmph. We popped into Kuru Cafecnext to the hire place – good vibe there and some great art on the walls by a local artist.

We had booked (chartered the boat) the lagoon cruise through Wet n Wild, a family run business, the captain’s name is Quinton a very decent and knowledgable guy. His wife Melo picked us up from the hotel and drove us to the dock. There we met Quinton and their youngest daughter Alana. The business has been running for ten years. The islands around Aitutaki are amazing there is one called Honeymoon islands which is just idyllic. There is another called One Foot Island which has the worlds smallest registered Post Office on it. You can get your passport stamped there! We had a great time on the cruise, an amazing lunch and really enjoyed chatting to Quinton about Aitutaki, the world and its people and God (or the ‘force’ as Quinton says). now feels like we have known Quinton for a long time! 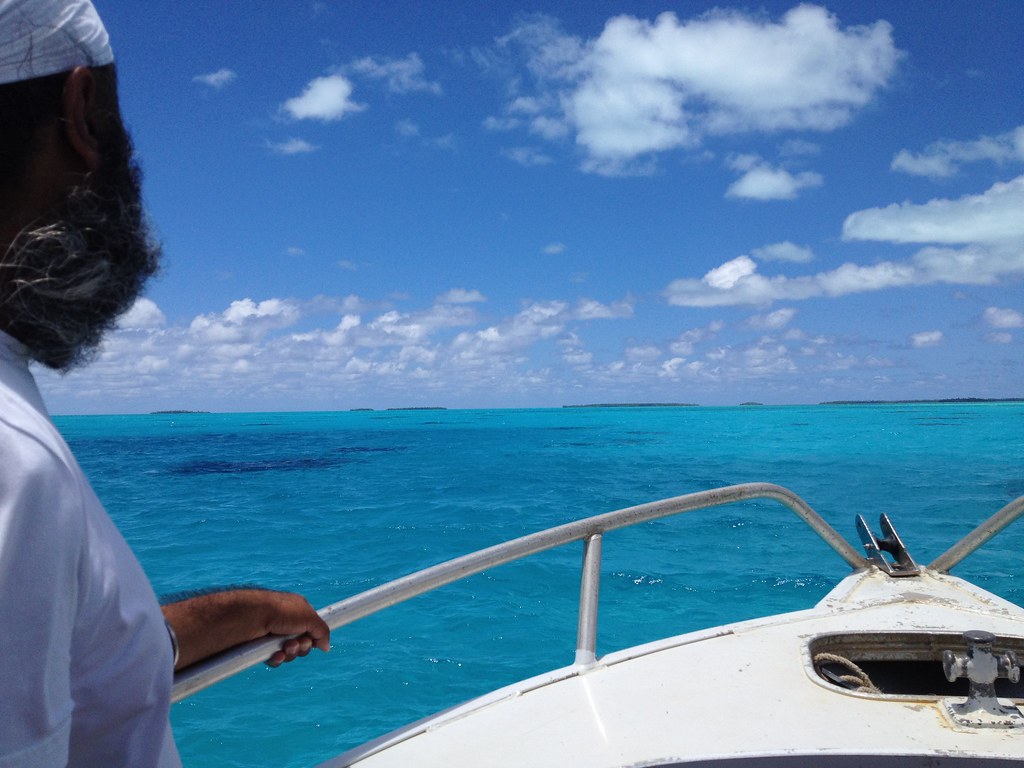 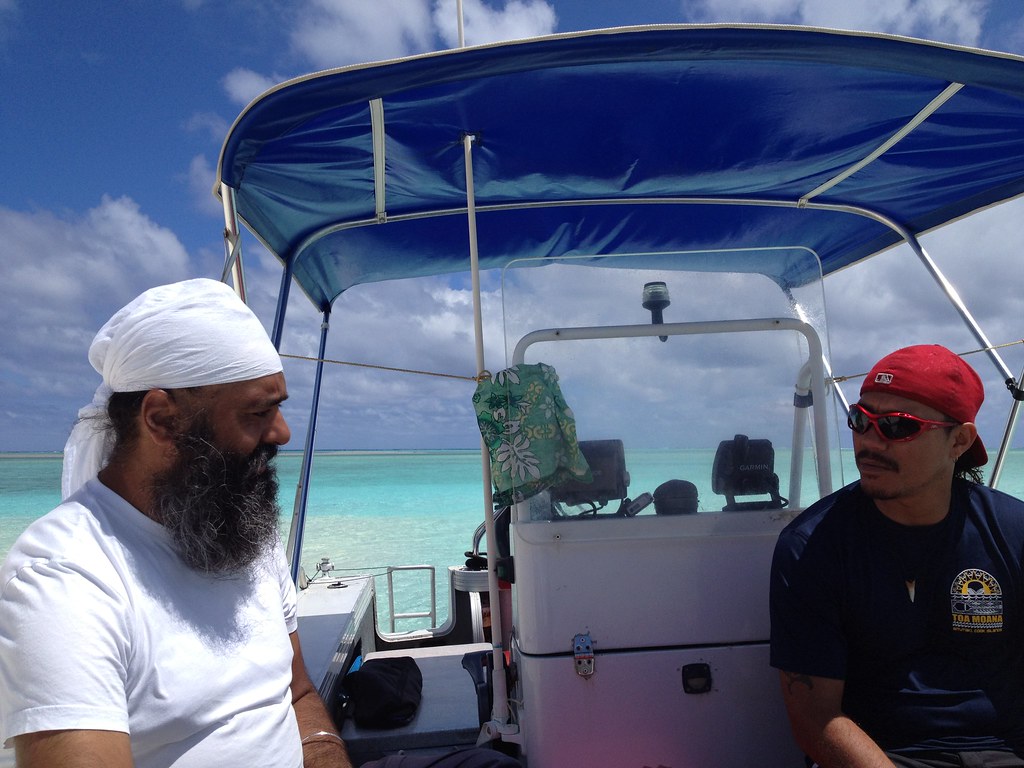 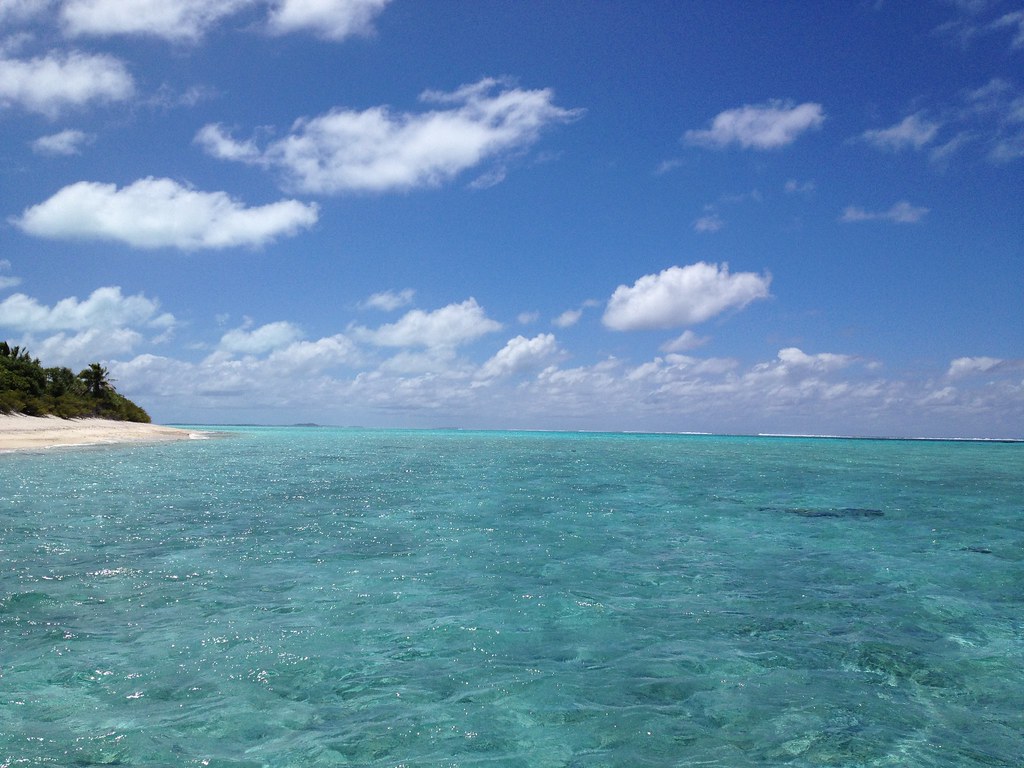 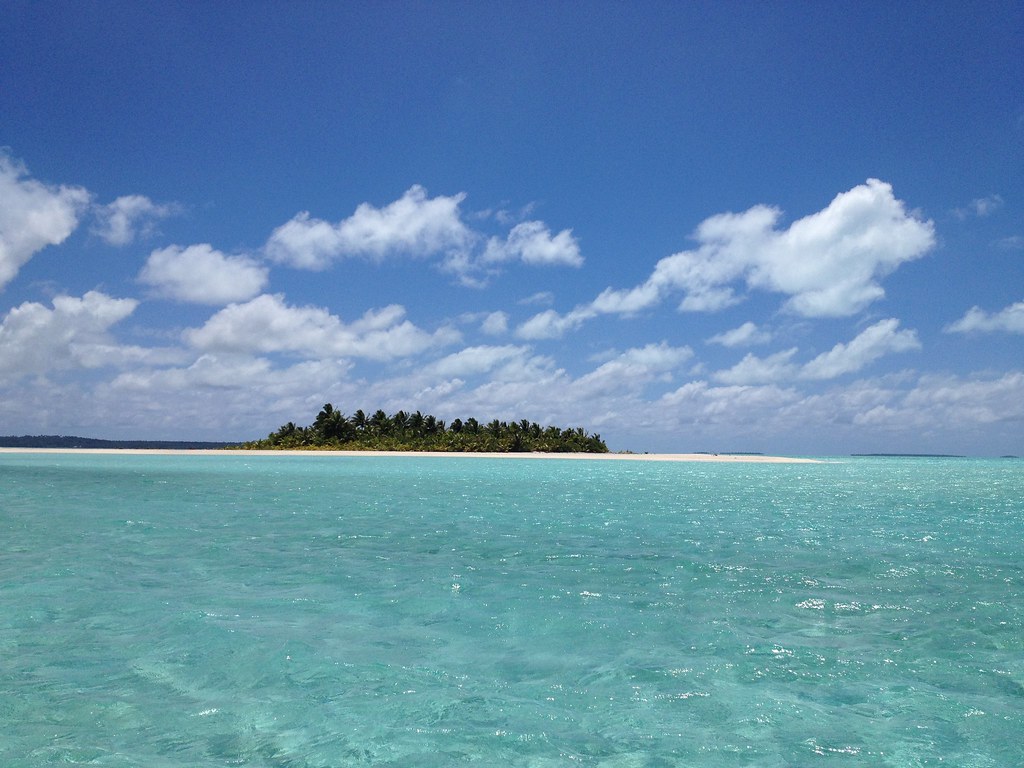 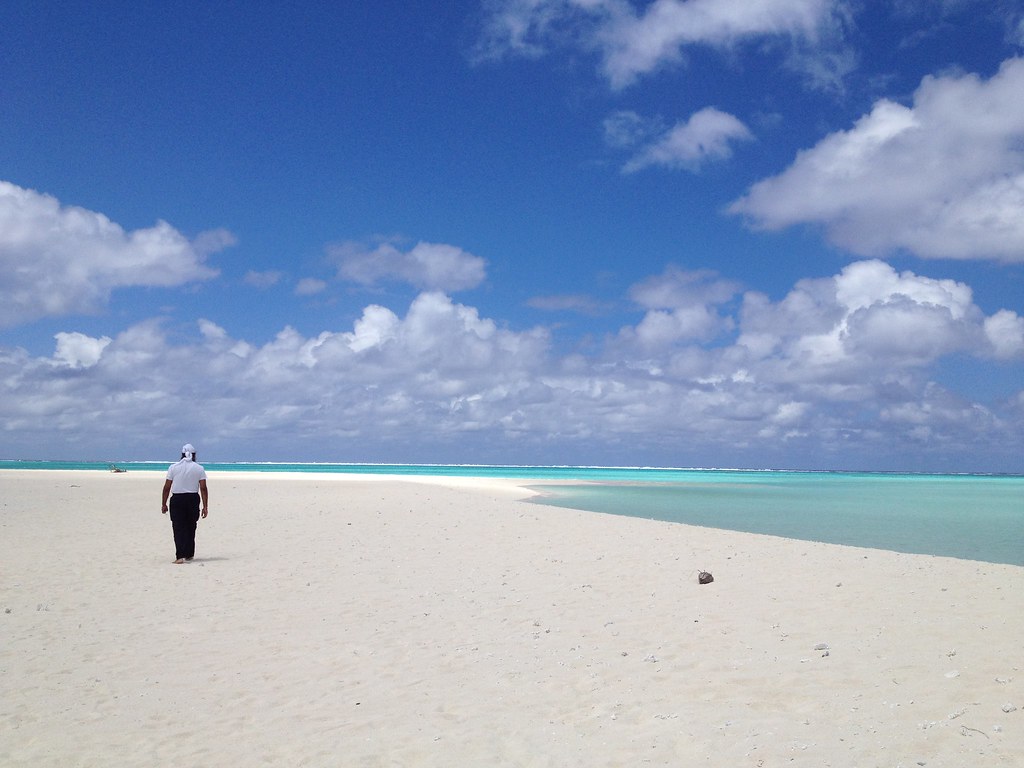 The flight was very easy we checked in our backpacks and waited outside, literally 50 yards from the runway. We met a German couple who were backpacking for 5 months they had travelled to South America first and stayed in Aitutaki for 12 days and were heading onto New Zealand. They have booked all their accommadation until the end of November!! They said “perhaps that was not a good idea, as if they liked place they could not stay longer.”

The plane had arrived it was a cosy 15 seater, you could feel the bumps and air traps! Definitely not for people scared of flying. The co pilot came out and gave the emergency evacuation speech, nice and simple “life guards are under your seats, enjoy your flight!”

By the time we got to Rarotonga it was 8:15 and dark, not sure what it is but a place always seems unwelcoming in the dark. We asked the security office if they could book us a taxi, we made the mistake of not asking them how much it will cost before ordering. After about 15 minutes the taxi came along with two plump Rarotongan ladies, we asked about the cost, they said $20 per head to take us to the hostel! We did not have much choice so went along. Once we arrived at the hostel the reception was closed (closed at 12 noon even though we had a booking for the night), a lot of hostels the reception closes, at a certain time which can be very early in laid back places like this so it is always worth asking them this. Sangeet went to the hostel dining room and asked other hostellers how to get hold of the manager they gave her the out of hours emergency number and Paul the manager said he is around the corner and coming. He checked us in and showed us our room. Slightly different to the accommadation in Aitutaki. The shower had a carpet of ants in it!

As we were both hungry we walked to a Chinese restaurant, we ordered a stir fry vegetables to go. Sangeet specified to make it strictly vegetarian which we hope they did! Walking back to the hostel we stopped at the grocery, where we bought sprite, baked beams and rice pudding

Back at the hostel Sangeet decided to have the baked beams in a cup followed by rice pudding. A true hostel meal. I had the Chinese not bad for $8. 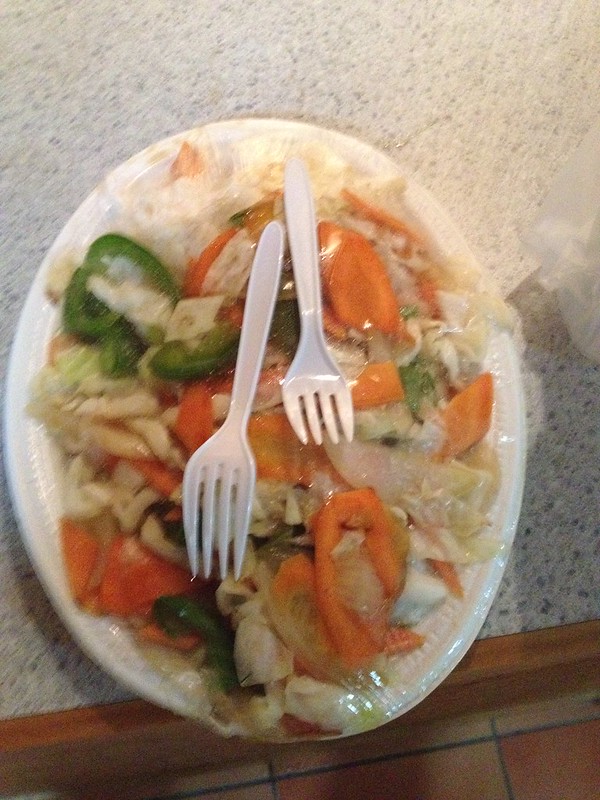 We decided to sleep in our mummy liners, these are a thin silk sheet which usually fits into a sleeping bag, so when travelling it is easier to wash, instead of having to wash the sleeping bag. It also keeps the bugs away. Also it gives you a peace of mind that at least the mummy liner will be cleaner then the bed sheets! 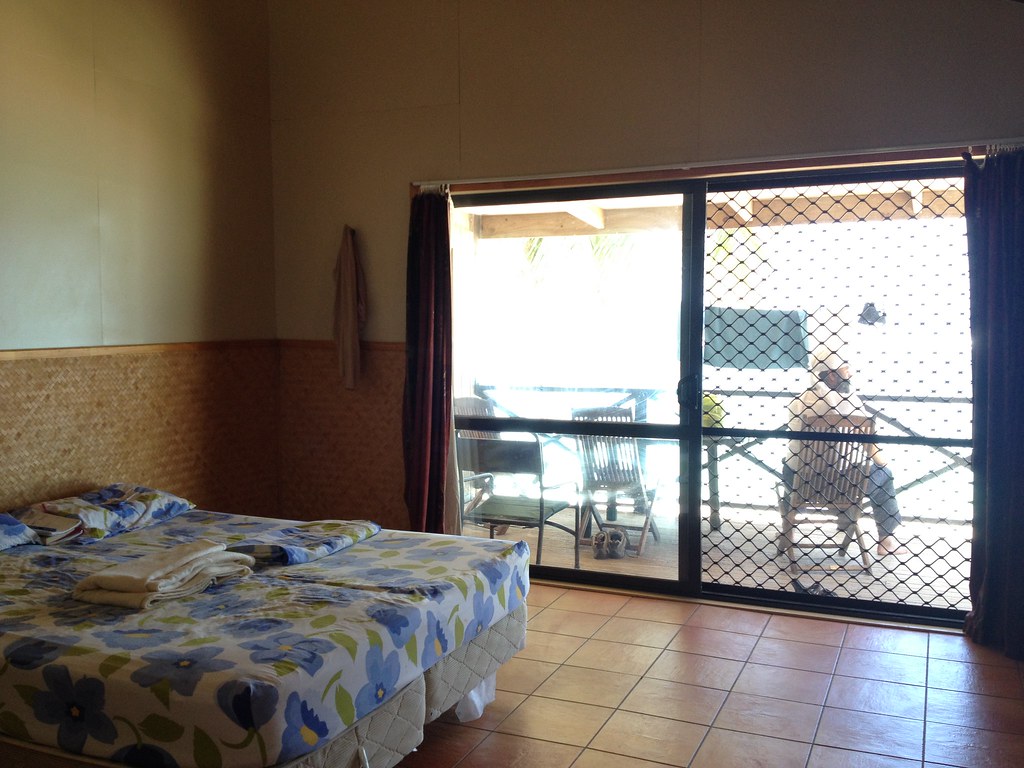 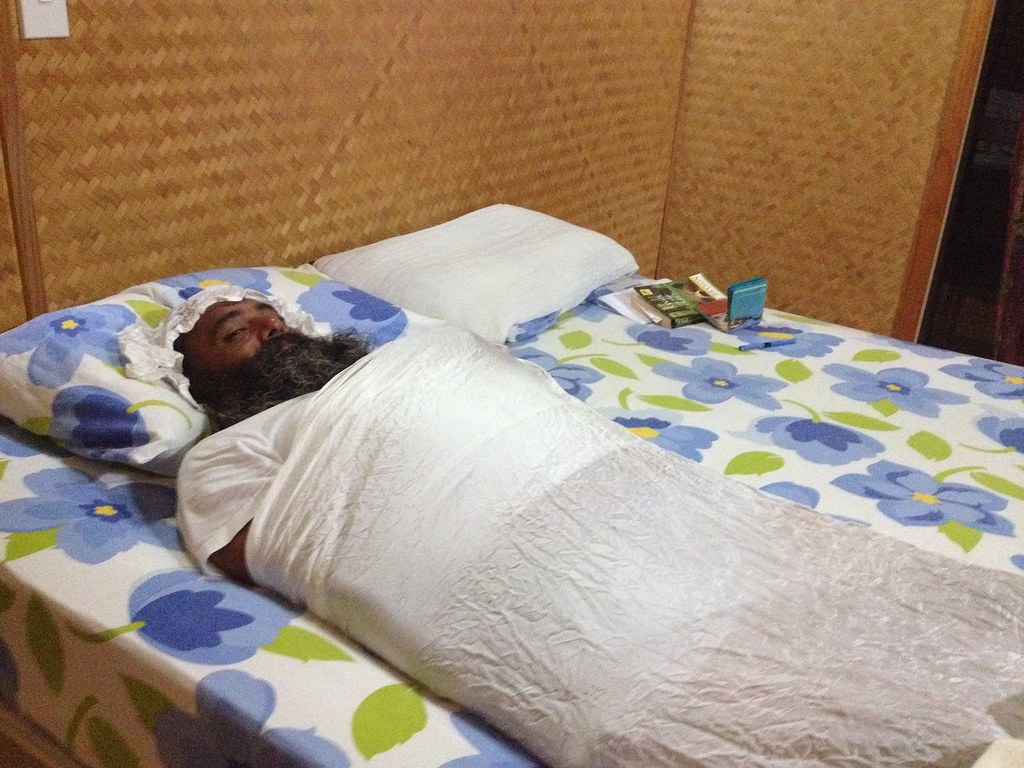 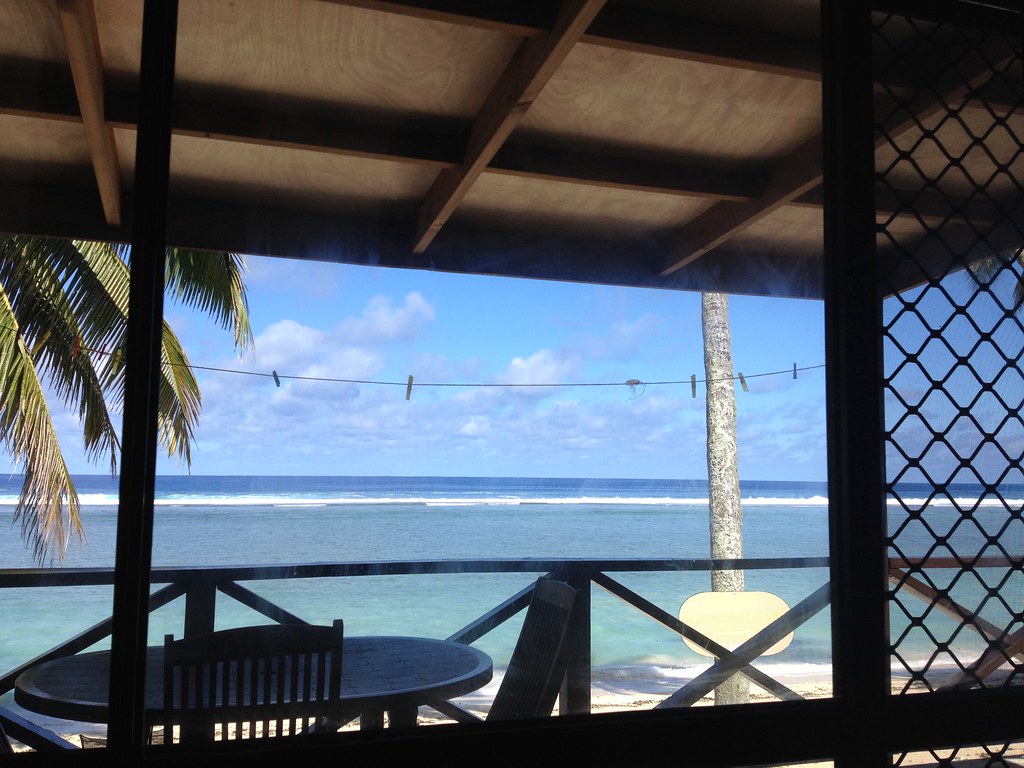 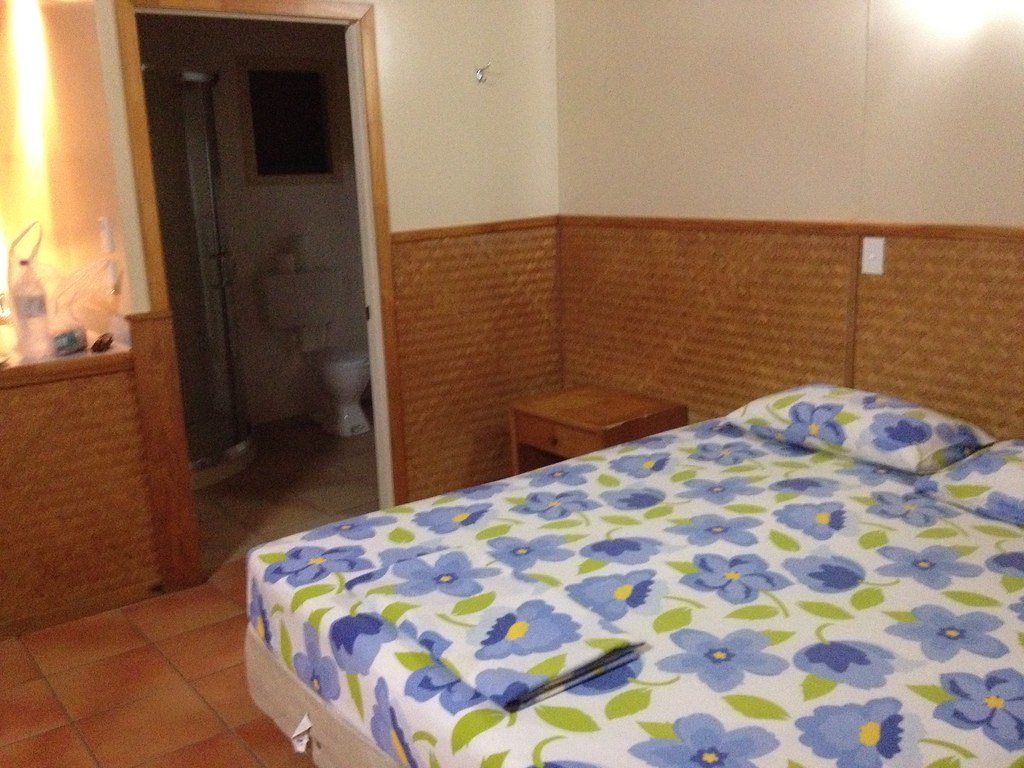