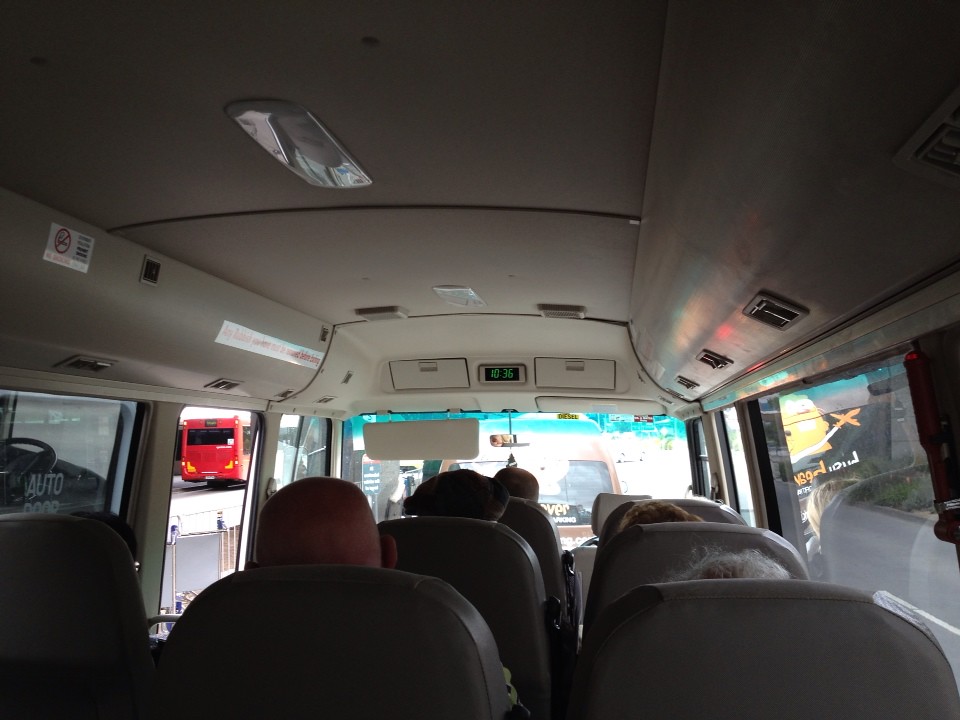 Our flight from Christchurch to Melbourne departed at 6:30 am, the journey time is around 4 hours. It was with Air New Zealand. On landing in Melbourne (temperature was 13 degrees Celsius), we took the star bus into the city centre. As of writing this blog there are a few options:
1) book a hotel that offers a courtesy bus, advantage: free (well okay, not free as you
are indirectly paying for it) and it takes you straight to your destination
2) Sky Bus which at the time of writing is AUS$17.00, takes everybody to CBD so you have to make your own way from there.
3) check the information boards for any bus deals.
4) taxi, around AUS$40.
5) walk, a bit far especially after landing….but it may help your jet lag!

We chose number 3. There was an advert for Star Bus which said scan your phone here and receive US$2.00 per person discount……well every cent does count! The ticket was AUS$15.00 per person. Because the bus was full it took a while to get to our final destination. The plus side was that because people had booked hotels all over the city, we got a free sightseeing trip! 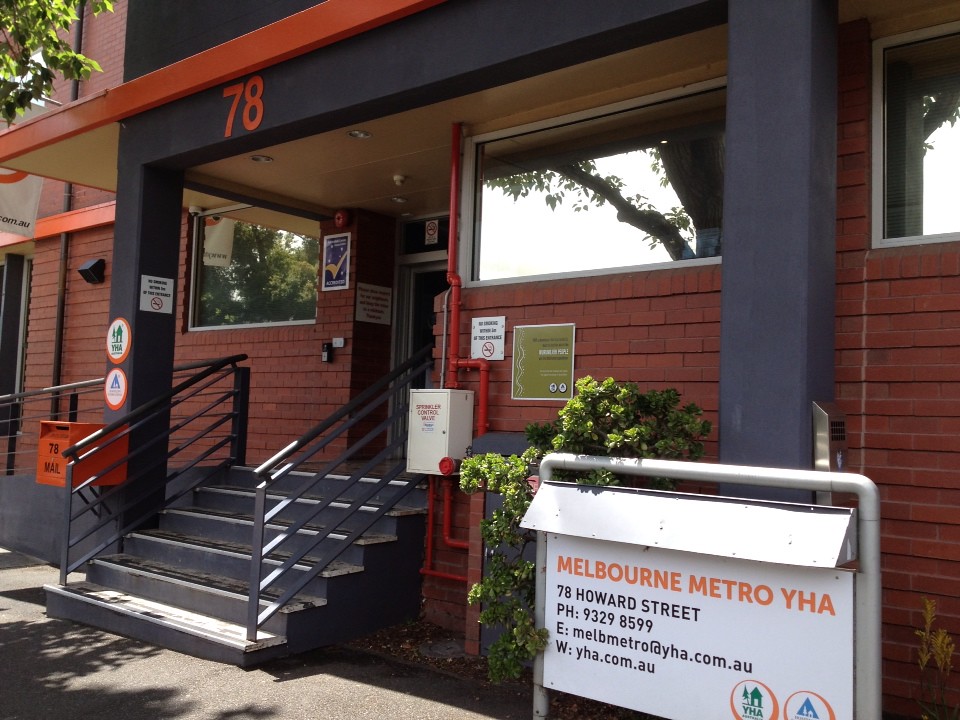 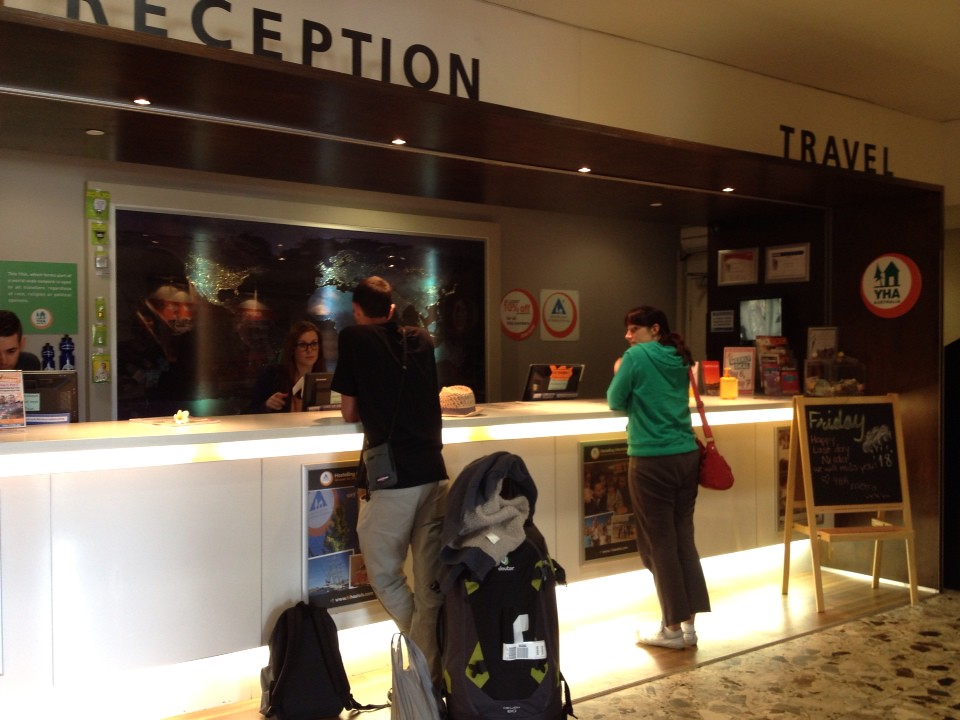 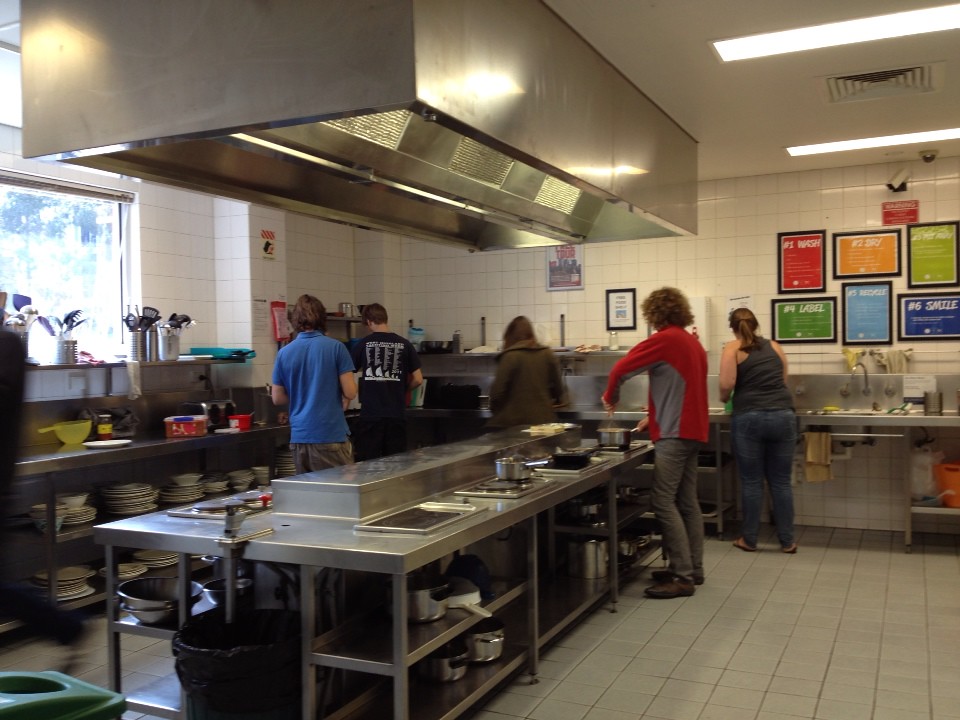 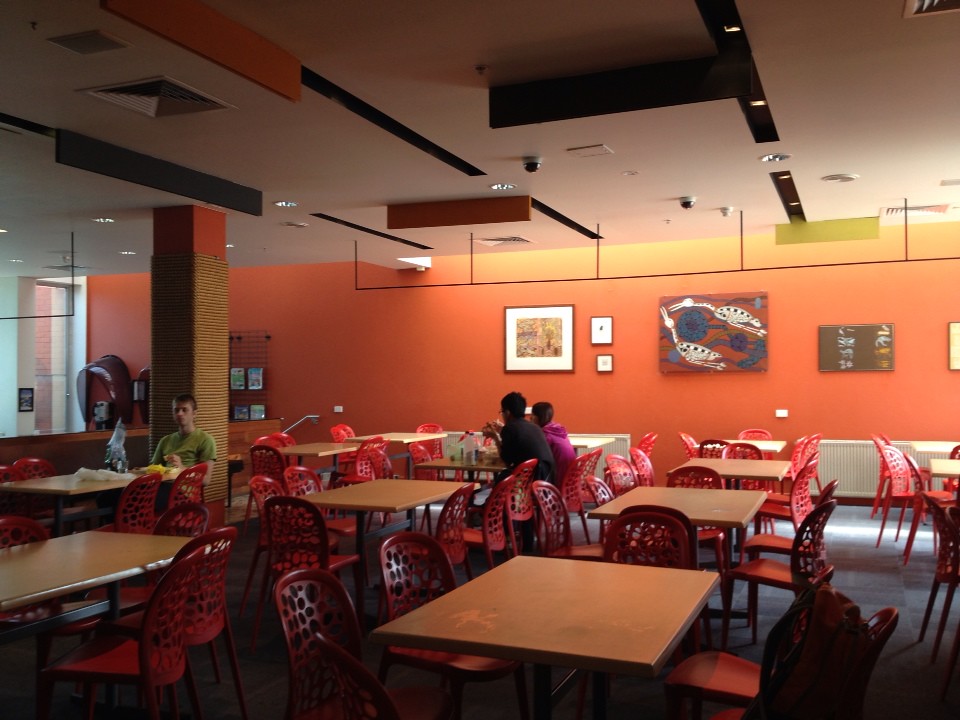 a huge hostel it sleeps 360 people!! This hostel has less atmosphere than many of the hostels we have stayed at previously on this trip…..it is not a place where you can walk into a common room and start chatting with total strangers. We really have been spoilt with the small, cosy and family feel hostels in New Zealand. Hopefully once we are out of the city things can on get better!

Our room comprises of a double bed and two bunk beds. I don’t like the place, luckily we are only here for two nights. I am very much a people person and love meeting like minded people from other countries, so this place is not for me. 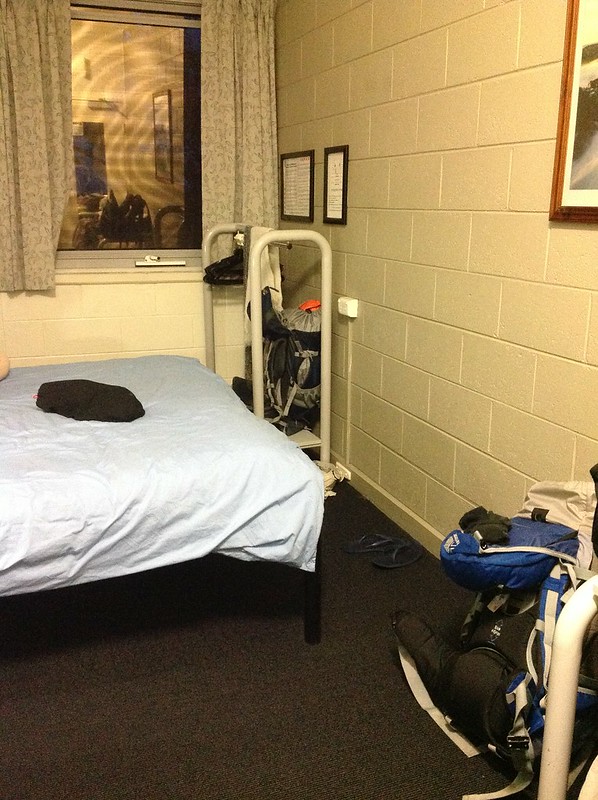 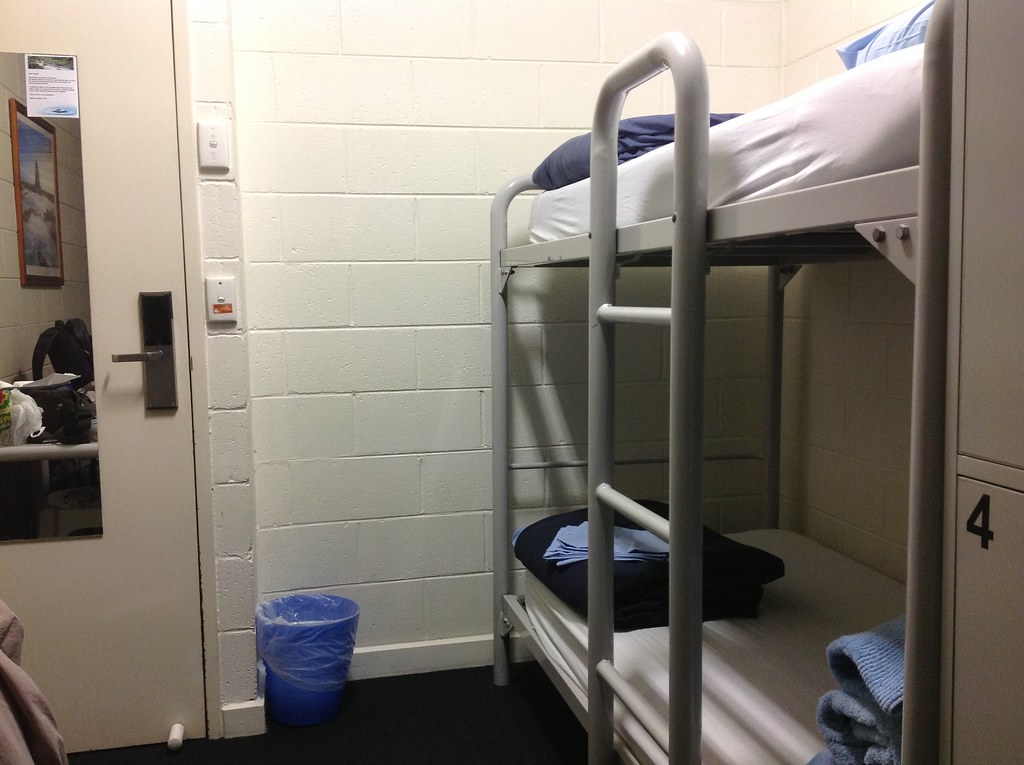 After checking in, we wandered around North / Central Melbourne and then tried to find a vegan restaurant as we were very hungry, the address is 240 Victoria Street, we later found out it was in a different suburb! We then walked through a beautiful Park called Carlton Gardens and past the Melbourne Royal Exhibition Building. The museum had many students around it, we asked one what was going on, she said they were taking exams. We walked out the park and down Gertrude Street which is in the suburb of Fitzroy, Melbourne’s first suburb, it had a reputation for vice and squalor. Today, it is a rather gentrified version of its old self, a mix of housing commission towers, fancy restaurants, cafes and boutique shops. this was on the way to: 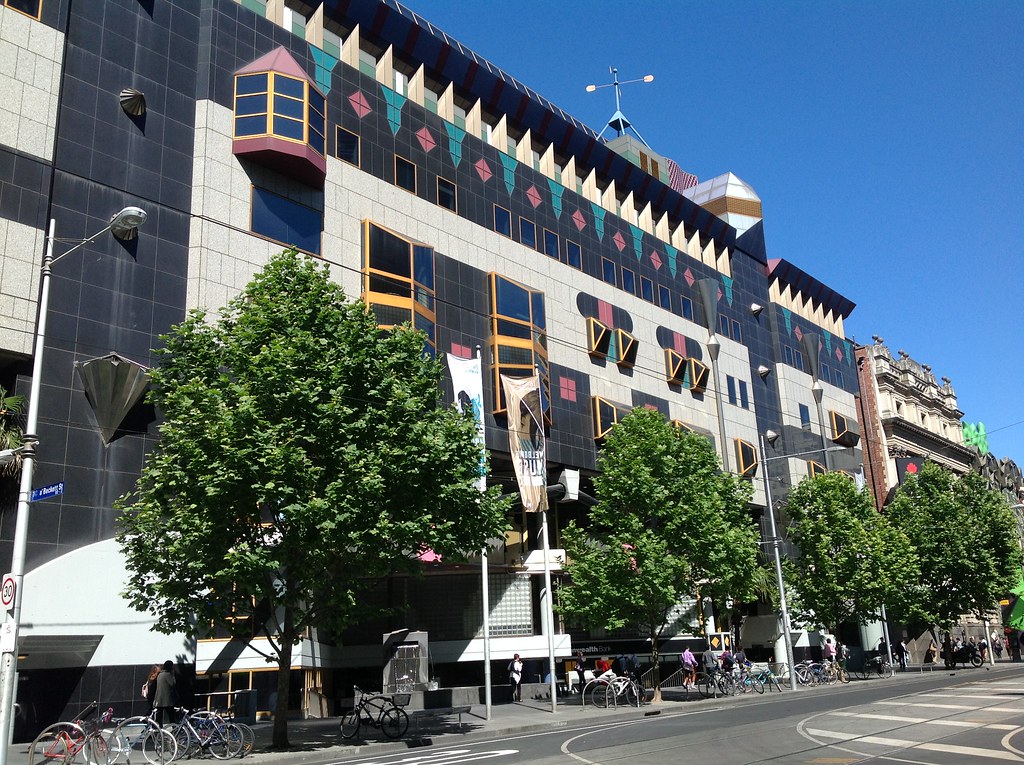 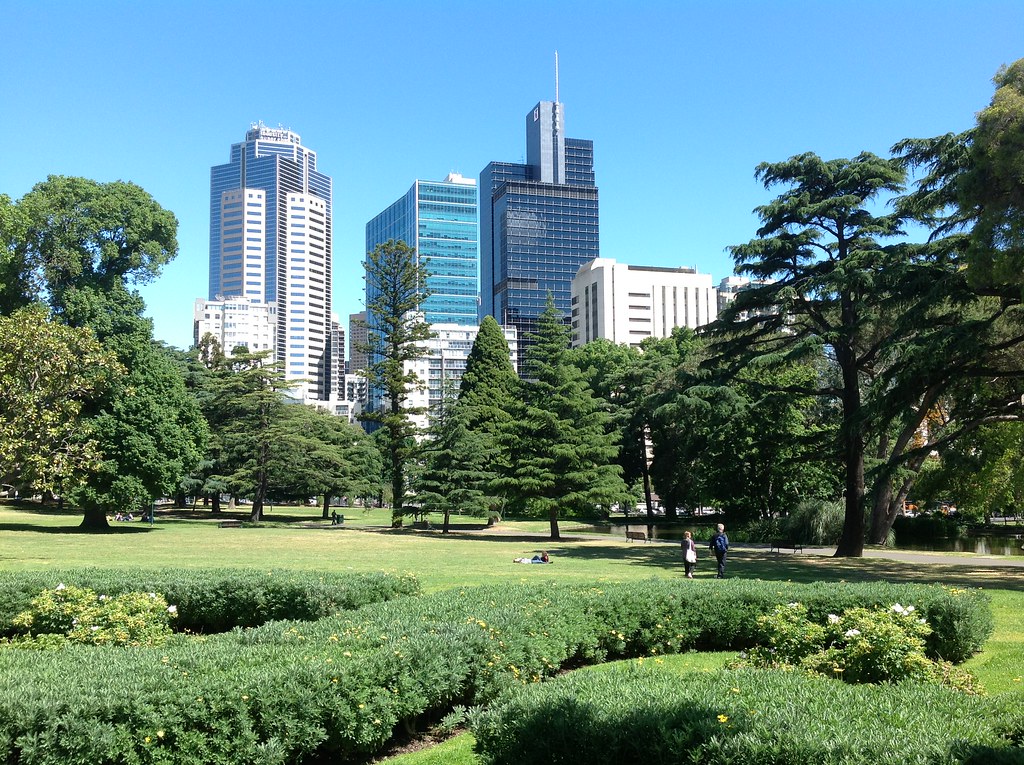 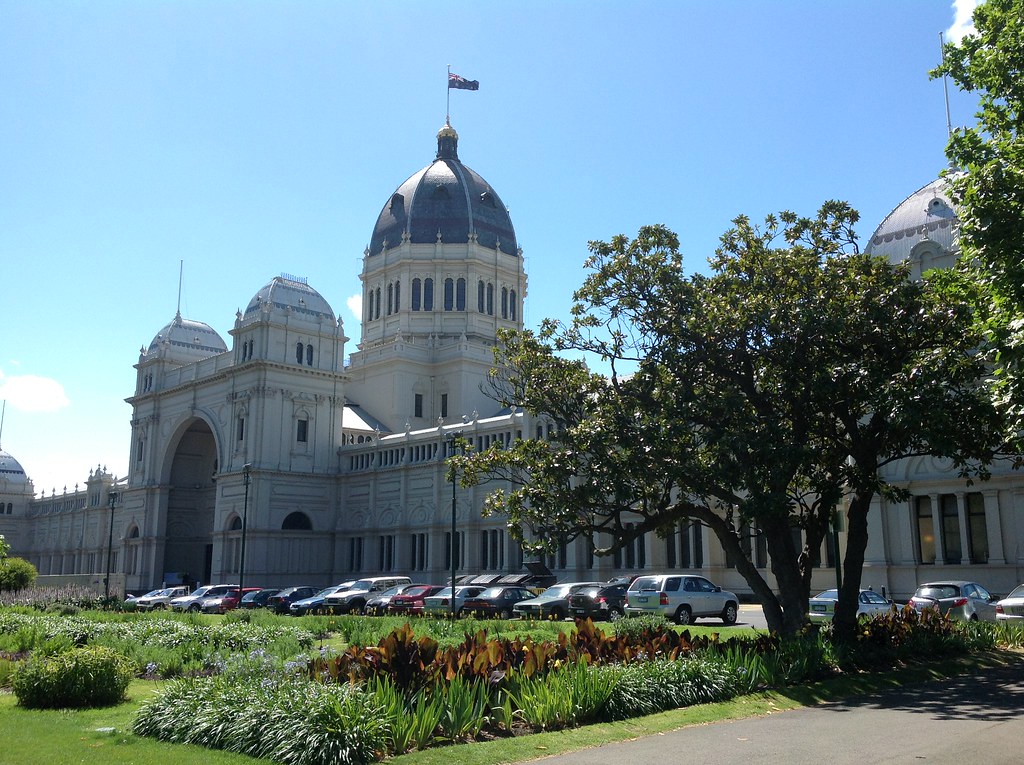 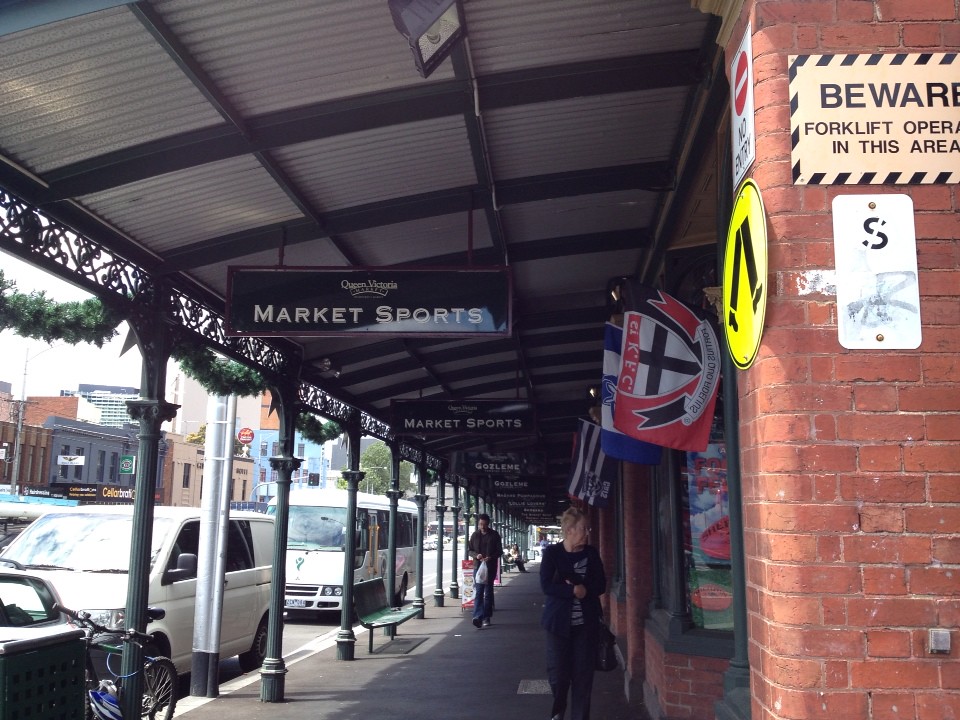 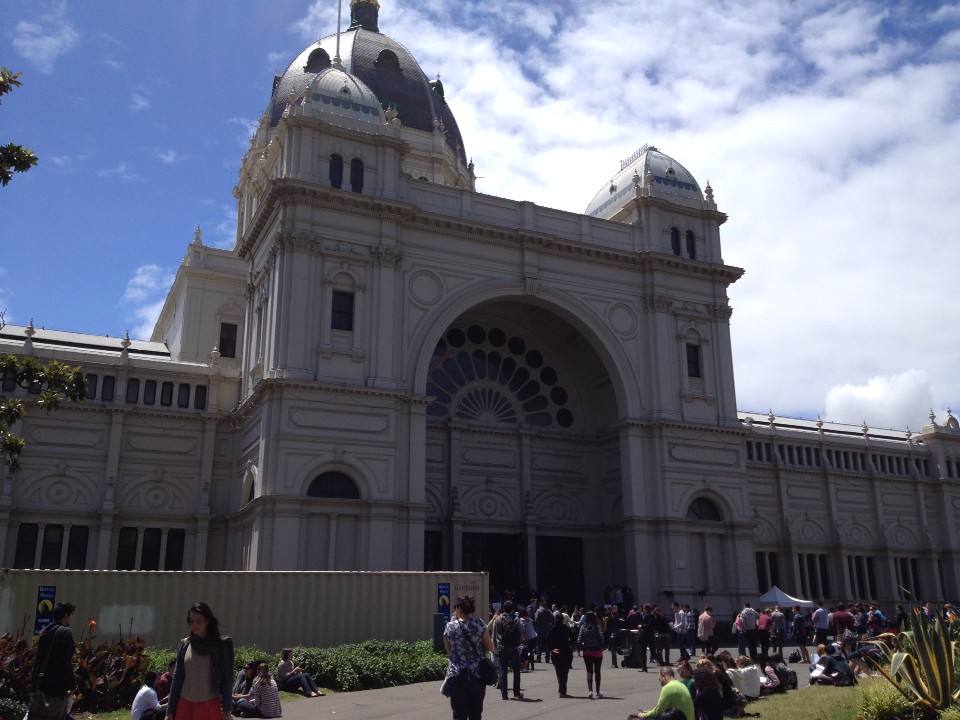 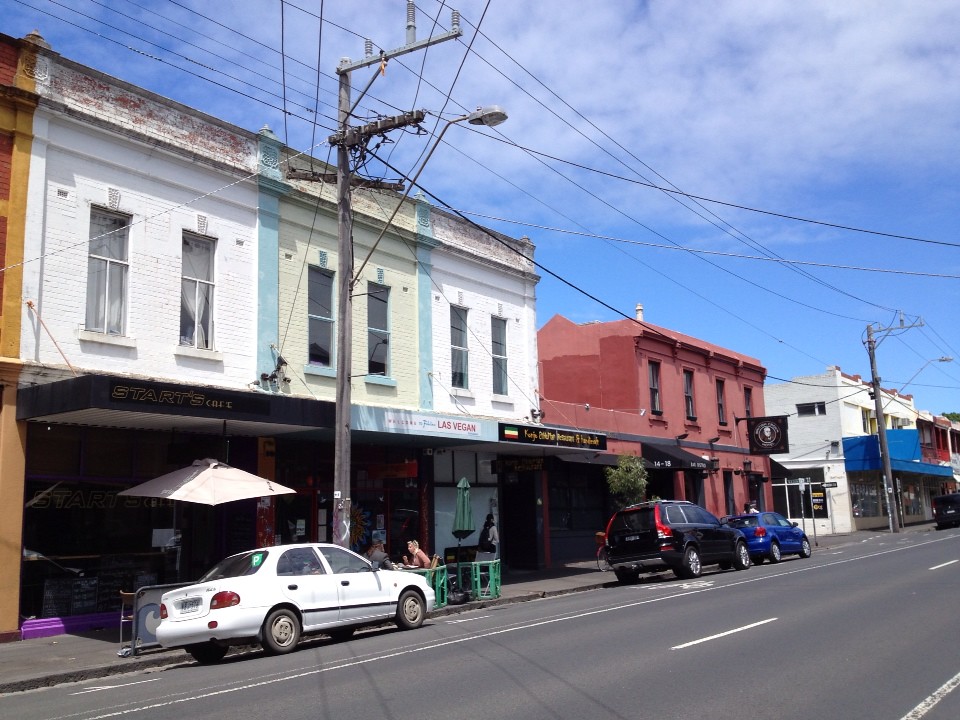 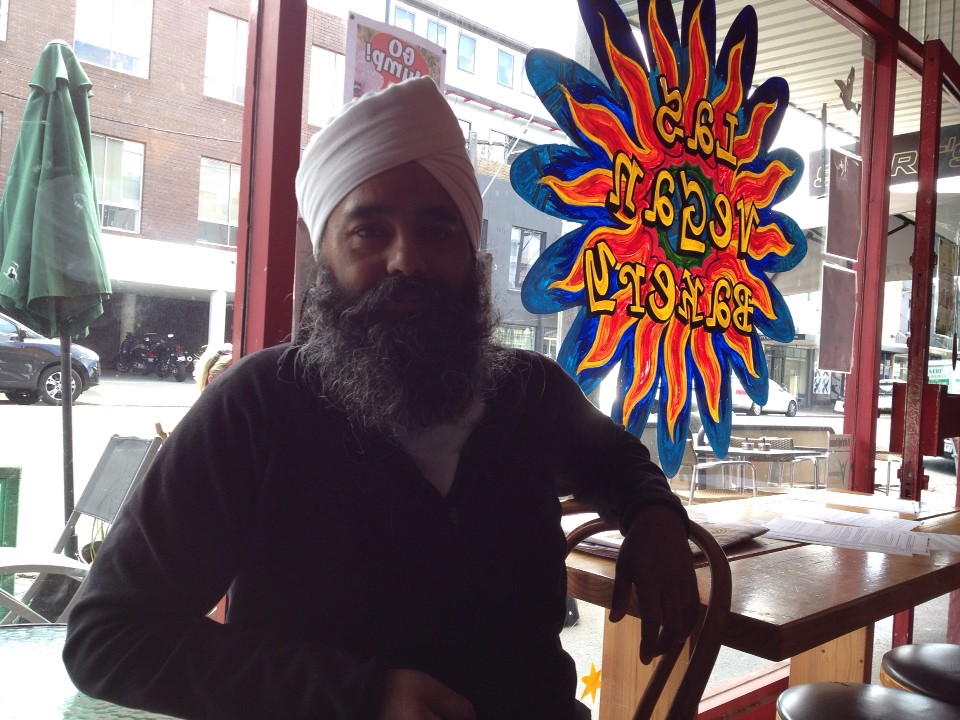 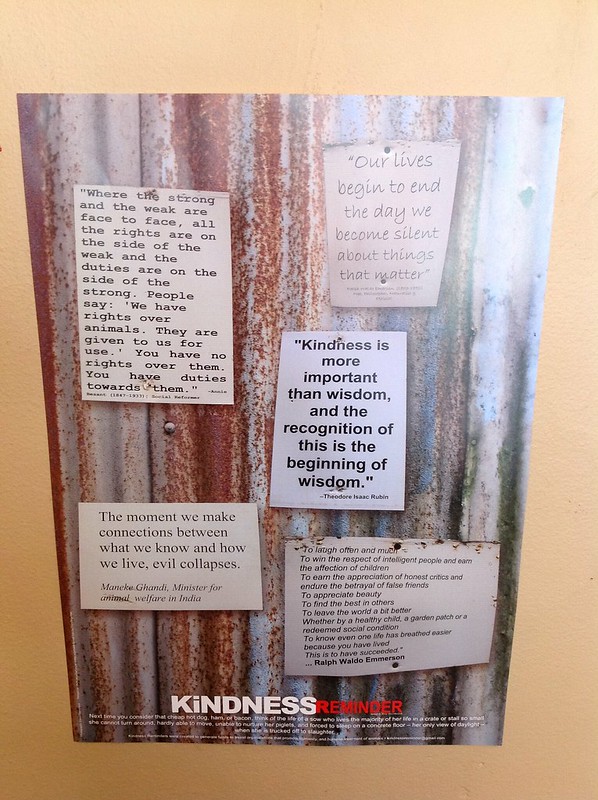 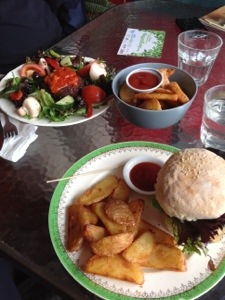 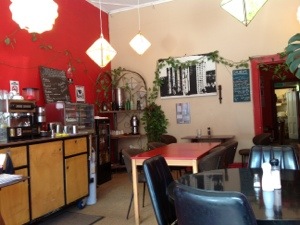 Sangeet ordered ‘Lentil patty and salad’ with fries, I ordered ‘fish the dish’, both excellent dishes and the prices were very reasonable. Whilst eating I managed to update the blog with pictures as the wifi here has excellent speeds.

After lunch we had a wander around the city, not as vibrant or clean as I was expecting. To be honest I will be happy as soon as we get out of the city. Most cities are the same, same fast food joints (here, Burger King is called Hungry Jacks). Stressed out people who are in a hurry, the only difference is the architecture. It is fascinating that people all over the world move to the city, many in search of a better life, though most people just look fed up. It was nice to see happier more relaxed people in the park. We saw some interesting architecture, including the RMIT (University) building.

As Hertz is open on Sunday, we decided to pick up the rental car on Sunday instead of Monday (for some reason when we first booked online it would not let us book for Sunday) so walked to Hertz and asked to change, they said they had no cars for Saturday or Sunday. We tried a few other places as a Sunday pick up is much better for us, we will have the car for the Gurdwara on Sunday and then can set off straight from there for the Great Ocean Road. Budget and Avis were quoting crazy prices for an Adelaide drop off. We decided to stick with a Monday pick up and walked towards the hostel to book our room for Sunday night before it got booked up. As we walked we found a Thrifty a bit out of the way, we decided to give them a go. The price they quoted was very good, cheaper than Hertz even with the extra day. The staff there were very helpful and told us online bookings were 10 to 15% cheaper so we popped next door to Gloria Jeans coffee shop to use the wifi: 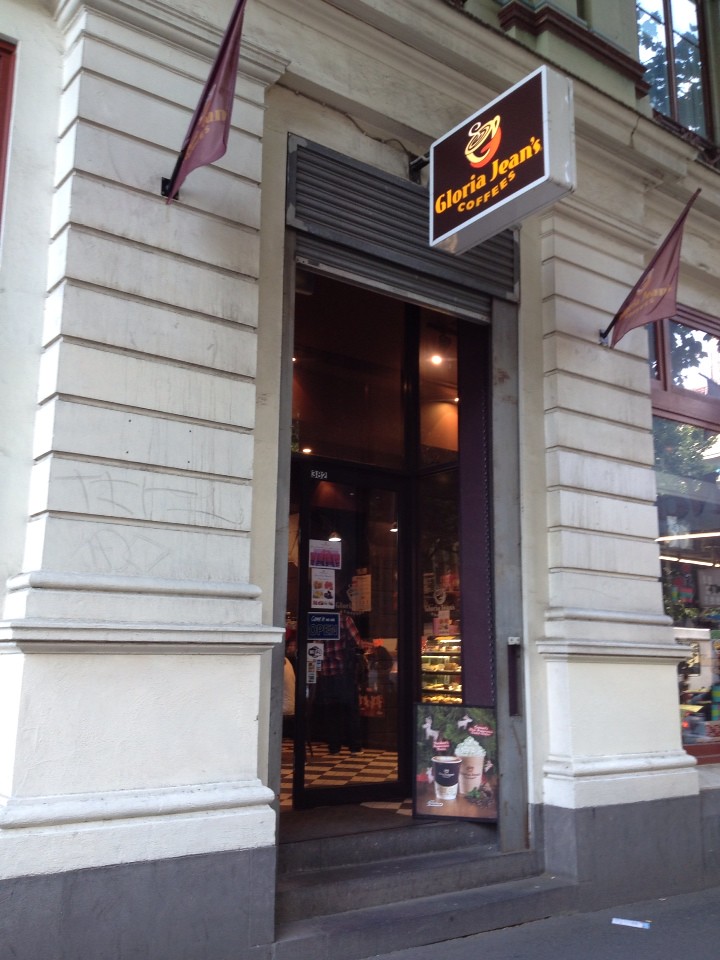 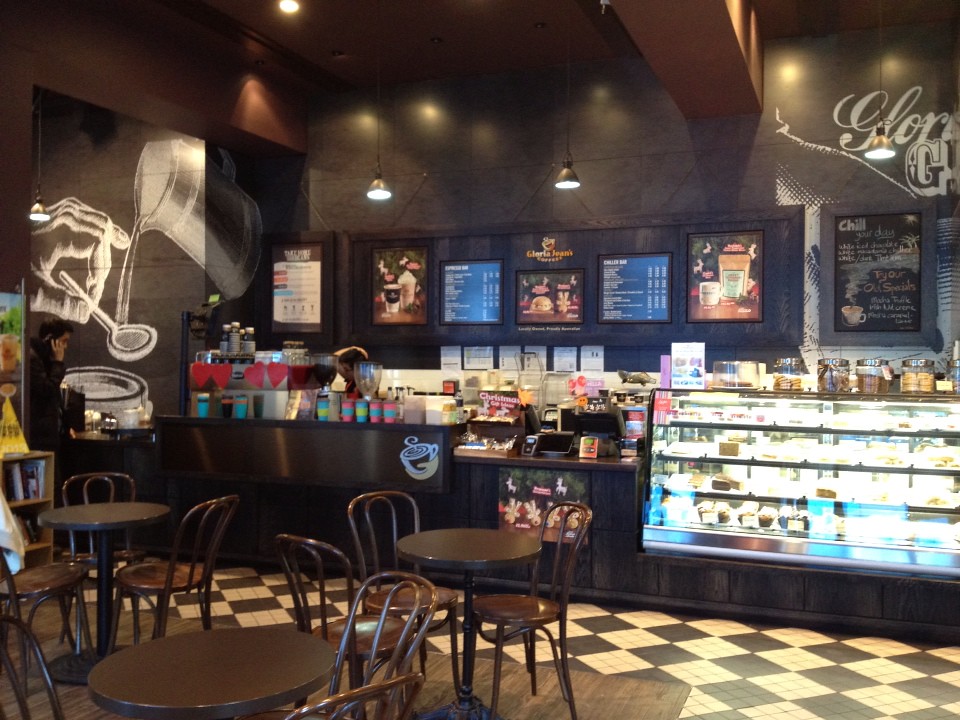 The booking was cheaper online but was quoting a $100 drop off charge for dropping off the car in Adelaide, not payable if you book in the office. We checked Hertz online which now offered a Sunday pick up even cheaper than Thrifty! We cancelled the previous booking and went for that option. Good to get that sorted!

We sat on a bench in the corner of Elizabeth Street and Victoria Street, opposite Queen Victoria Market and people watched for a while. It was fun to do, especially as it was a busy spot and you could see the locals rushing around as they finished work, more relaxed people chatting on corners, trams rushing past and travellers like us stopping to look around the busy area. 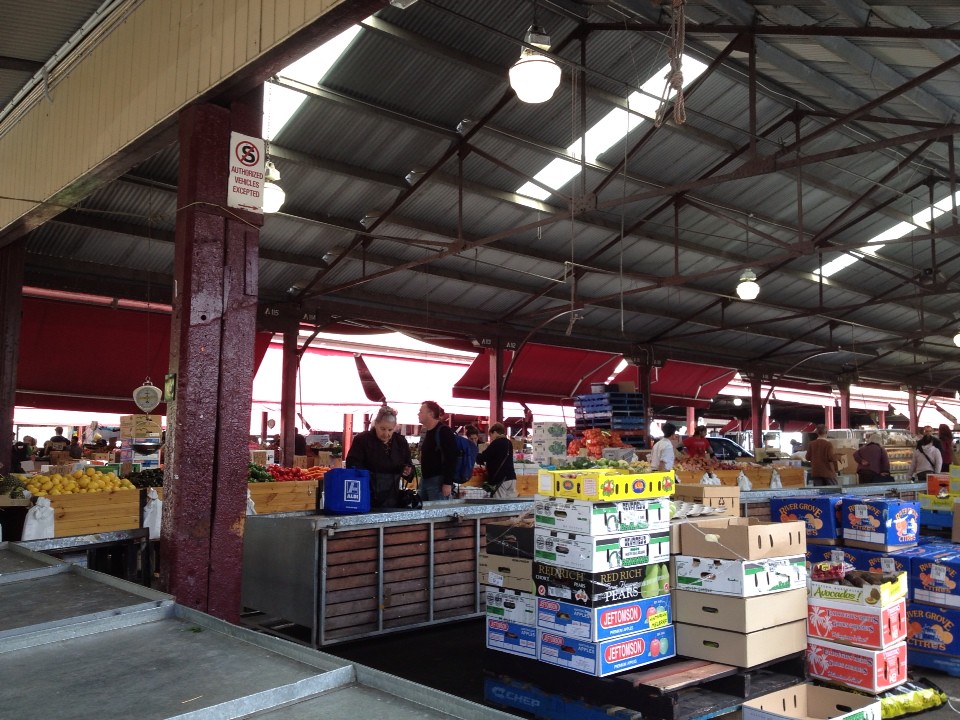 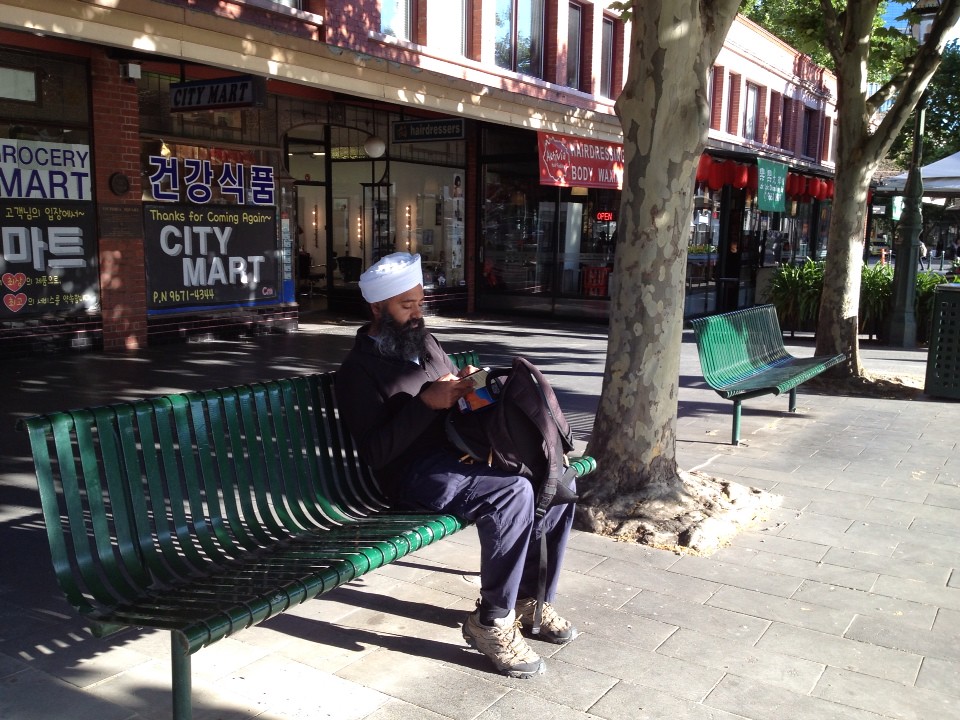 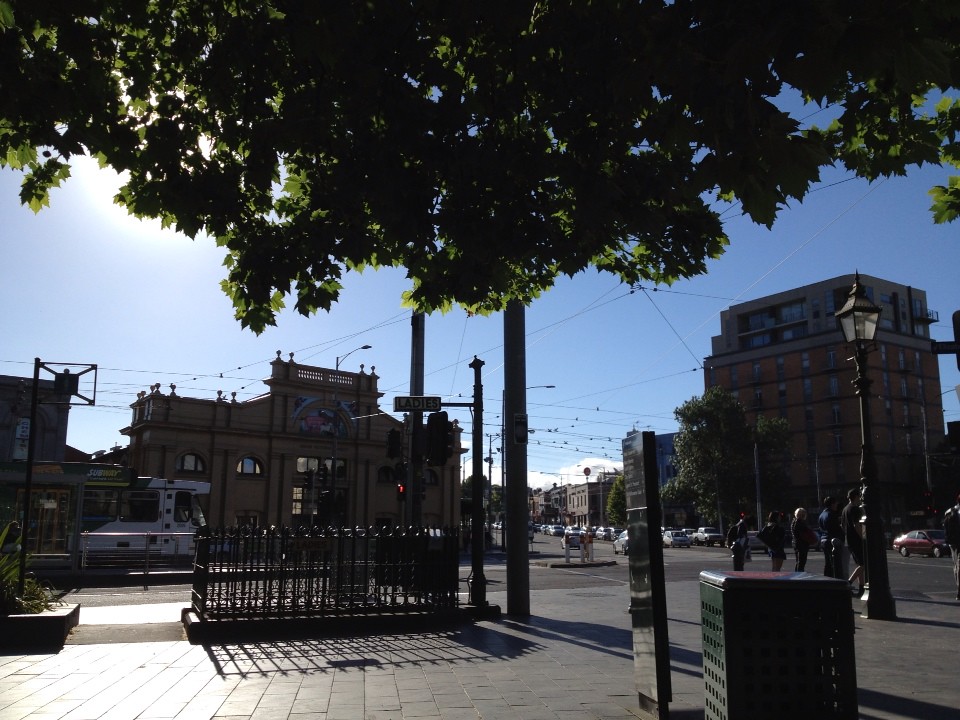 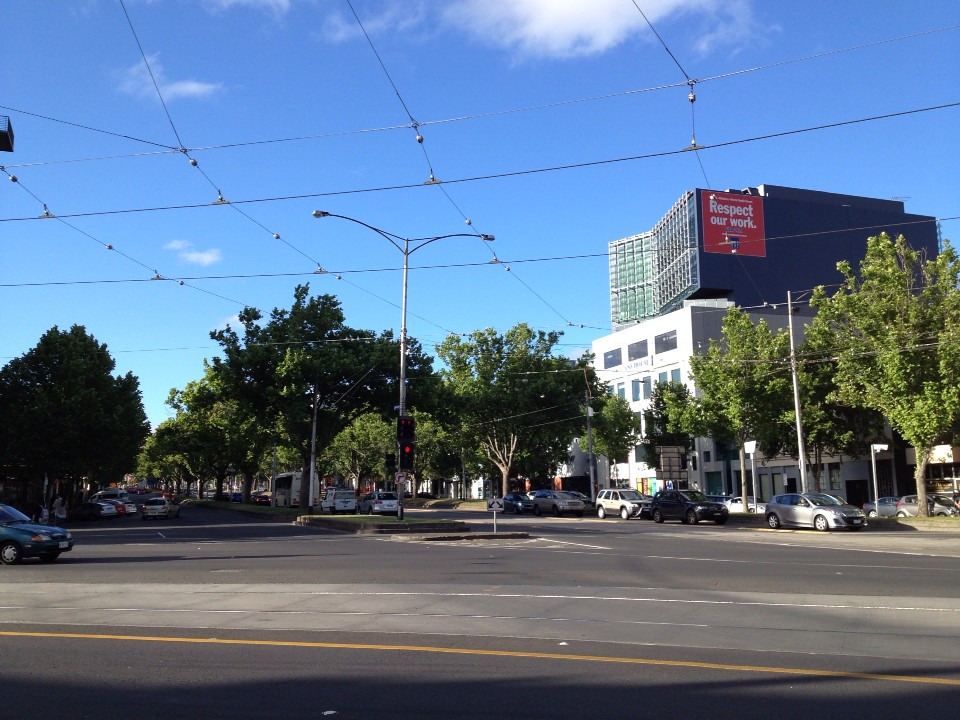 Afterwards we went to another vegan restaurant: 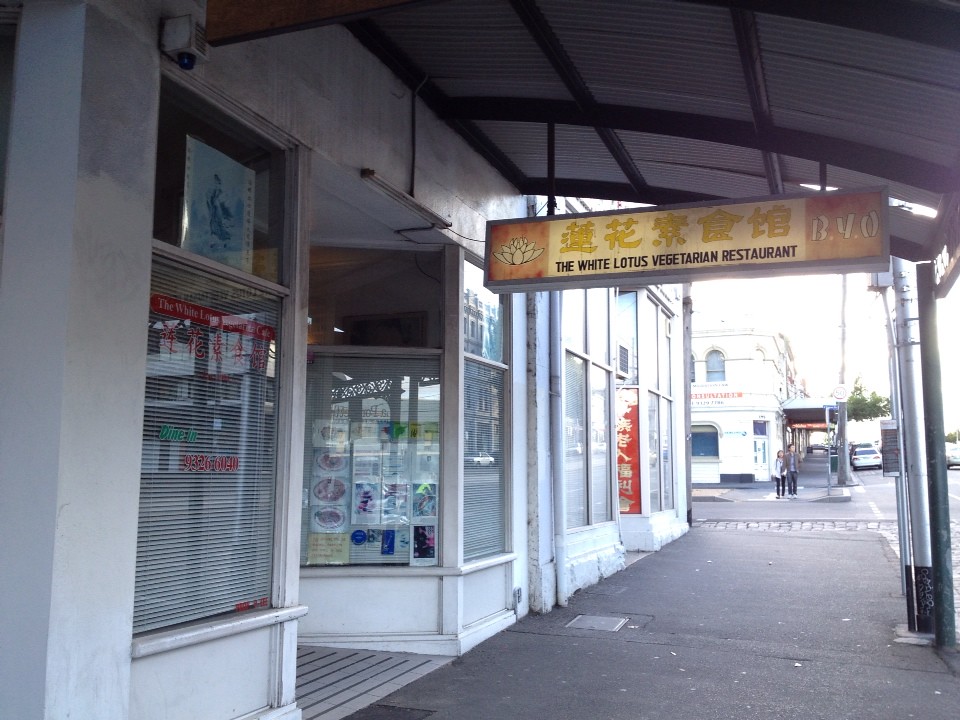 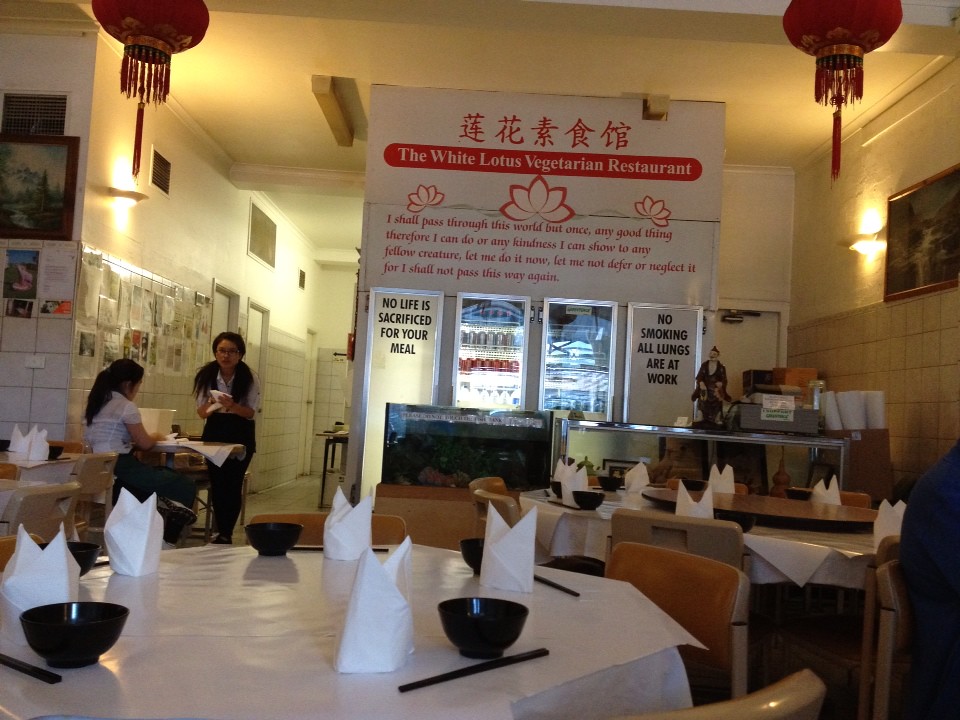 Despite the name they are a vegan restaurant and do fake meats. Sangeet and I shared a soya chicken in black bean sauce dish, I did not enjoy the food as the fake meats let it down though Sangeet enjoyed it. The texture and and taste was very different. I have been spoilt with the fake meats I have had previously!

As it had been a long day we strolled back to the hostel for an early night.