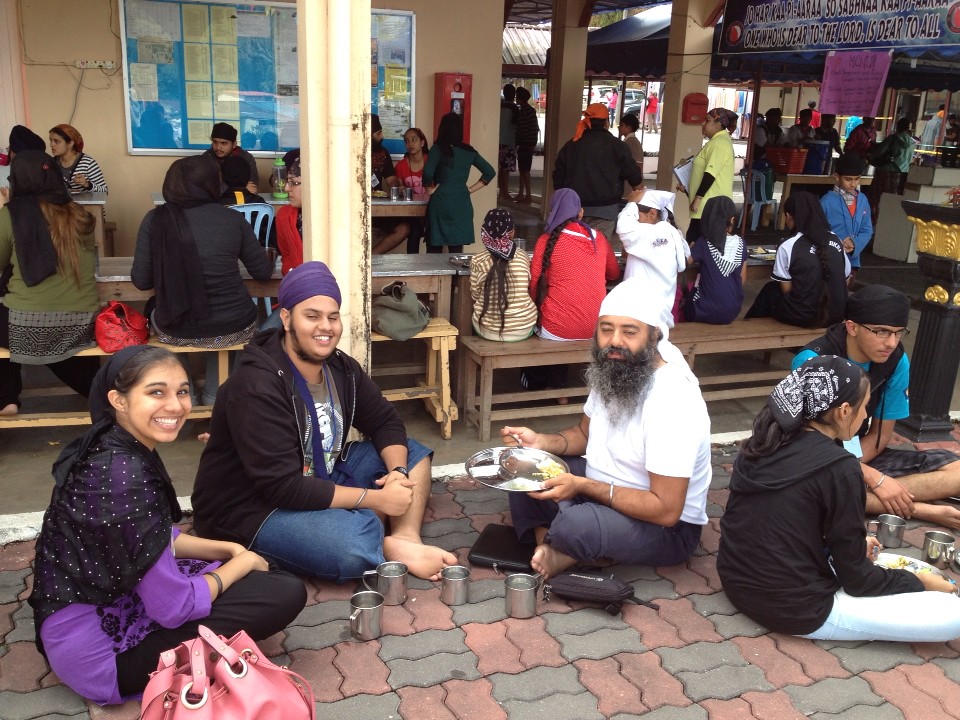 In the morning, okay to be more truthful at lunchtime I was woken up by Melvin tapping on the car window. He said “come the lunch is good!” It is great to find another foodie!

It took me a while to straighten up….sleeping in the car can be cramped!

For lunch we had nasi Lemak. Nasi lemak is a fragrant rice dish cooked in coconut milk and “pandan” leaf commonly found in Malaysia, where it is considered the national dish; Brunei; Singapore; Riau Islands; and Southern Thailand. It is not to be confused with Nasi Dagang sold on the east coast of Malaysia or Terengganu and Kelantan although both dishes can usually be found sold side by side for breakfast. However, because of the nasi lemak’s versatility in being able to be served in a variety of manners, it is now served and eaten any time of the day. Wow if the food is like this I am definitely coming back to camp next year.

After lunch I was talking to the local sangat. I have never experienced so much love with unknown sangat. They will do everything to accommodate you.

In the afternoon the children get a 1.5 hour break, some were playing soccer

We then popped into a lecture which was based on the movie ‘Oh My God’ OMG: Oh My God! is a Bollywood comedy-drama film that satirises certain religious beliefs. It is directed by Umesh Shukla & co-produced by Akshay Kumar and Paresh Rawal. The movie features Paresh Rawal in the lead role and Akshay Kumar, Mithun Chakraborty, Lubna Salim, Poonam Jhawer, Govind Namdeo, Mahesh Manjrekar, Nidhi Subbaiah, Murli Sharma and Om Puri in supporting roles. The movie also features Prabhu Deva and Sonakshi Sinha in a special appearance in the song “Go Govinda”. The movie is based on a Gujarati play called Kanji Virudh Kanji (literally Kanji vs. Kanji), and with a plot similar to that of the Australian film The Man Who Sued God. Made on a budget of 20 crore (US$3.64 million), the film received positive response from critics upon release. Box Office India declared the film a Superhit after its three week run. 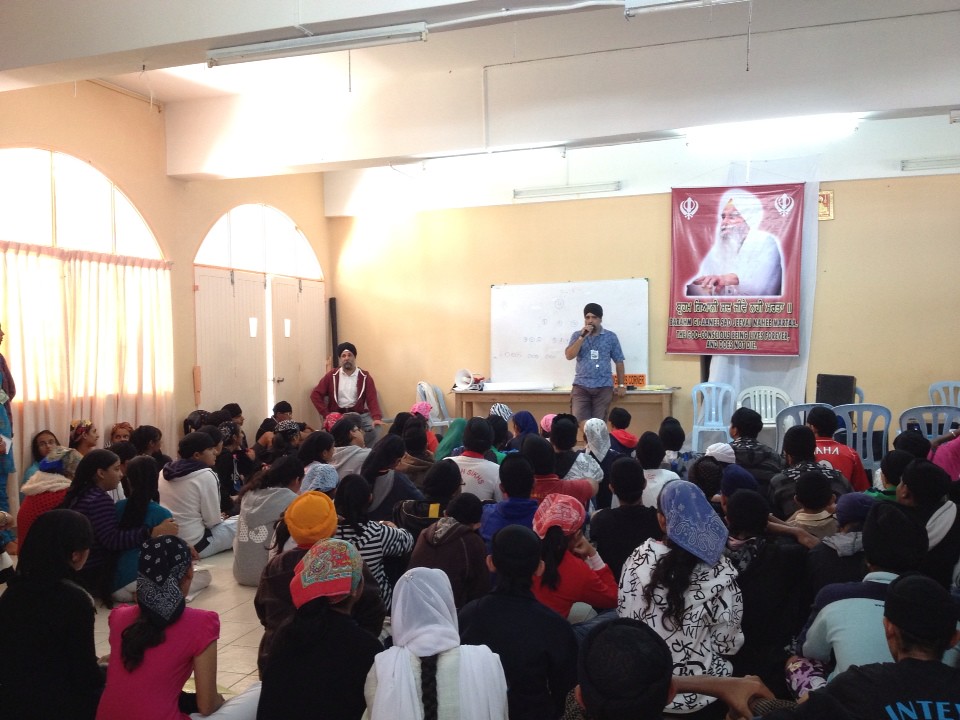 Afterwards I went for some tea, somebody said there is tea I helped myself looked a bit strange, okay, I thought perhaps Malaysian Indian tea. Tried it wooooah how much sugar in here….had another taste then I knew this must be milo!!

Milo is a chocolate and malt powder which is mixed with hot or cold water and/or milk to produce a beverage popular in many parts of the world. Produced by Nestlé, Milo was originally developed by Thomas Mayne in Sydney, Australia in 1934. It is marketed and sold in many countries around the world.
Most commonly sold as a powder in a green tin, often depicting various sporting activities, Milo is available as a premixed beverage in some countries, and has been subsequently developed into a snack bar and breakfast cereal. Its composition and taste differ in some countries.

In the evening we had a Kirtan programme called Holy-wood, the kirtani Gurmukh Singh who is well respected sung Kirtan to Bollywood show tunes. Some people look down upon this, but the children loved it. The children listen to Bollywood songs so could relate to the familiar tune. We are very quick to criticise and say this is wrong, all that is performed here is that children are listening to Shabad Guru. Slowly they get attracted to the Shabad Guru and are wanting to learn the actual raags. It is a fantastic way for kids to learn. Personally, I felt such an amazing connection with Shabad Guru something I last felt at morning Sardhana in Espanola.

In the evening we drove to Gurdwara Brinchang where we slept in the car.