The hostel we had booked turned out to be excellent, a very homely atmosphere. The people who looked after the hostel sat with you whilst having breakfast and were genuinely interested in talking with you. 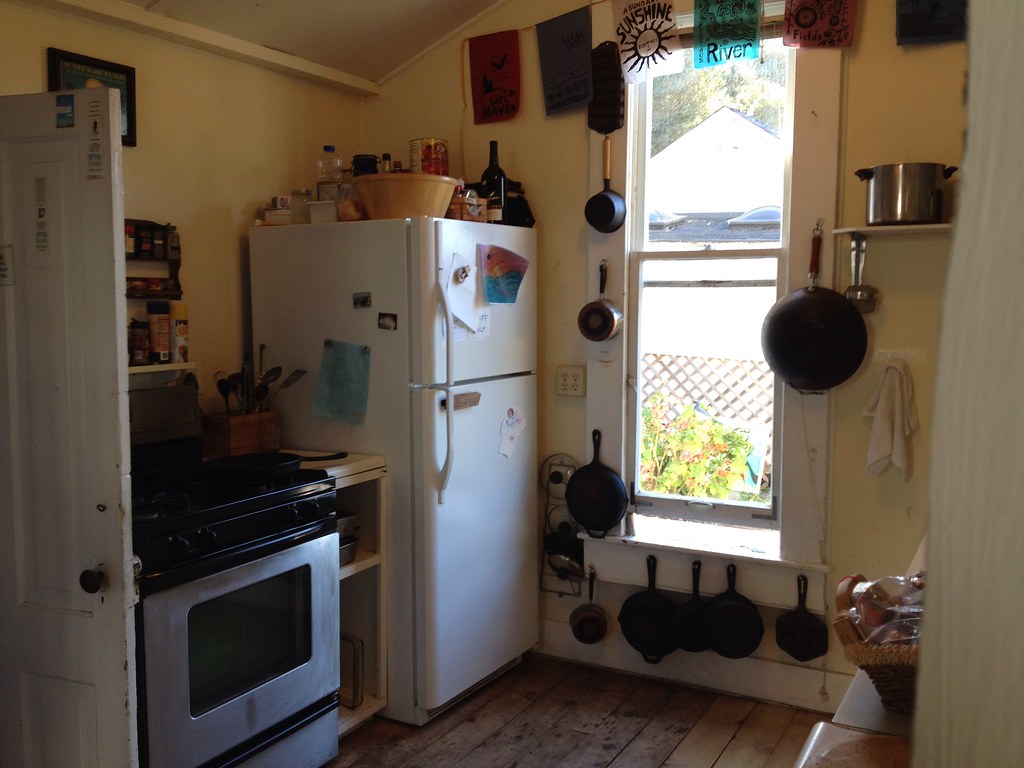 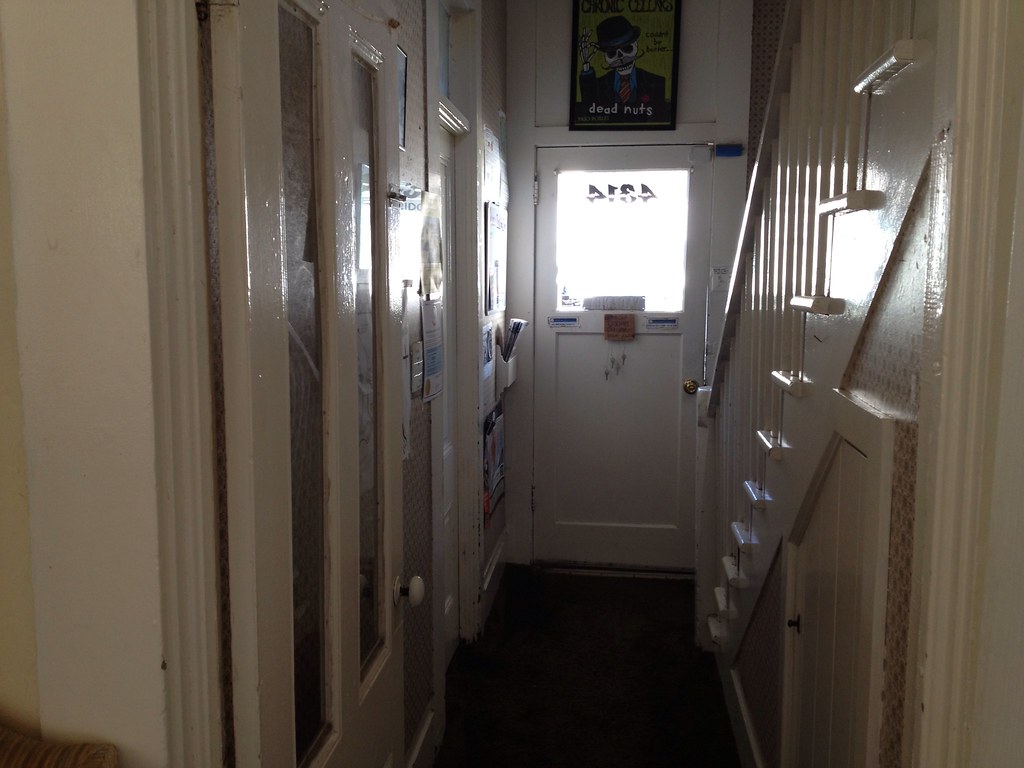 View from the outside: 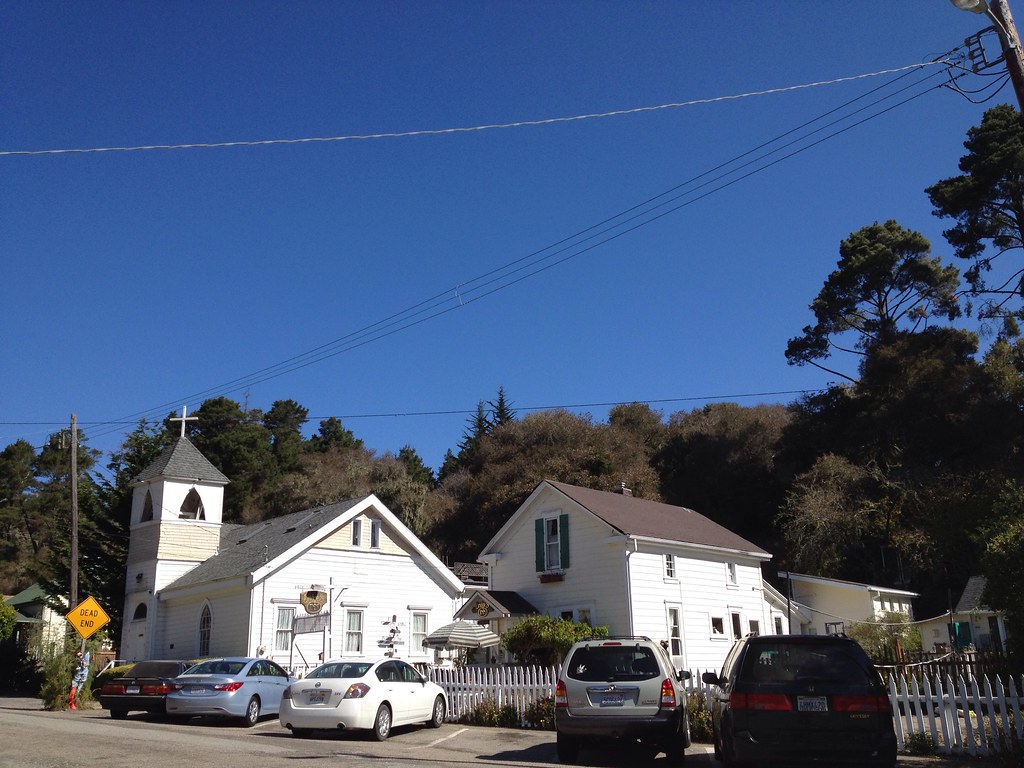 At the hostel we got talking to a German couple who gave us very good information and where to go in Thailand and mentioned that we should go to Laos. Sorry I forgot their names…if you guys read this please comment and remind me!

After checking out we had a look around Cambria. As Halloween is fast approaching,the town had scarecrows all around, part of their scarecrow festival. Some of them were very strange!

The town has a population of around 6,000 (as of 2010) and is home to mainly retired affluent couples. With plenty of restaurants and art galleries, which were not cheap you would have to be in the money to live here! Even gas was around $5 a gallon, where as in San Fran we were paying $3.75 a gallon! 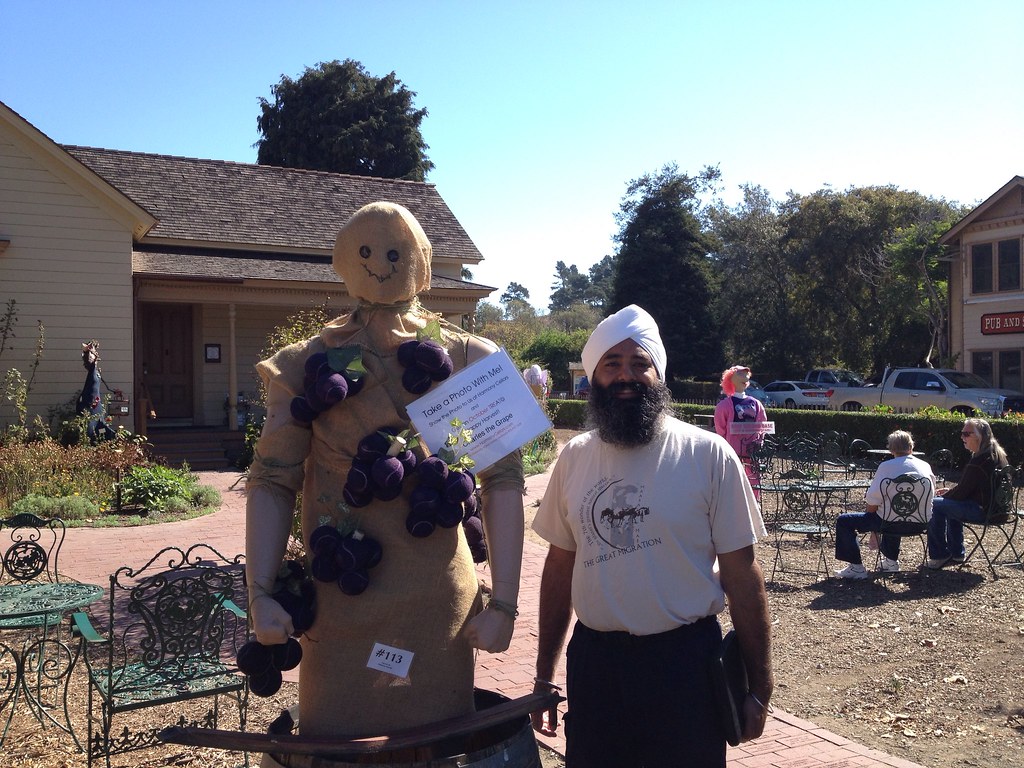 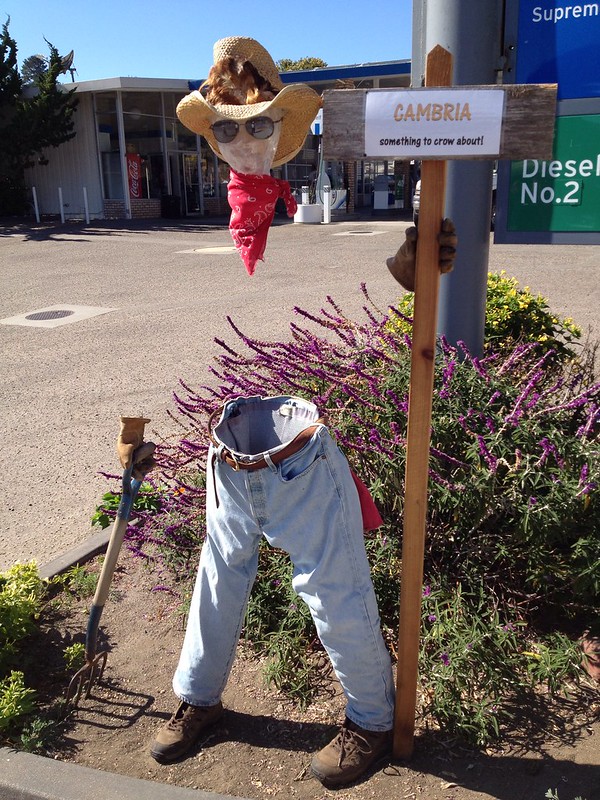 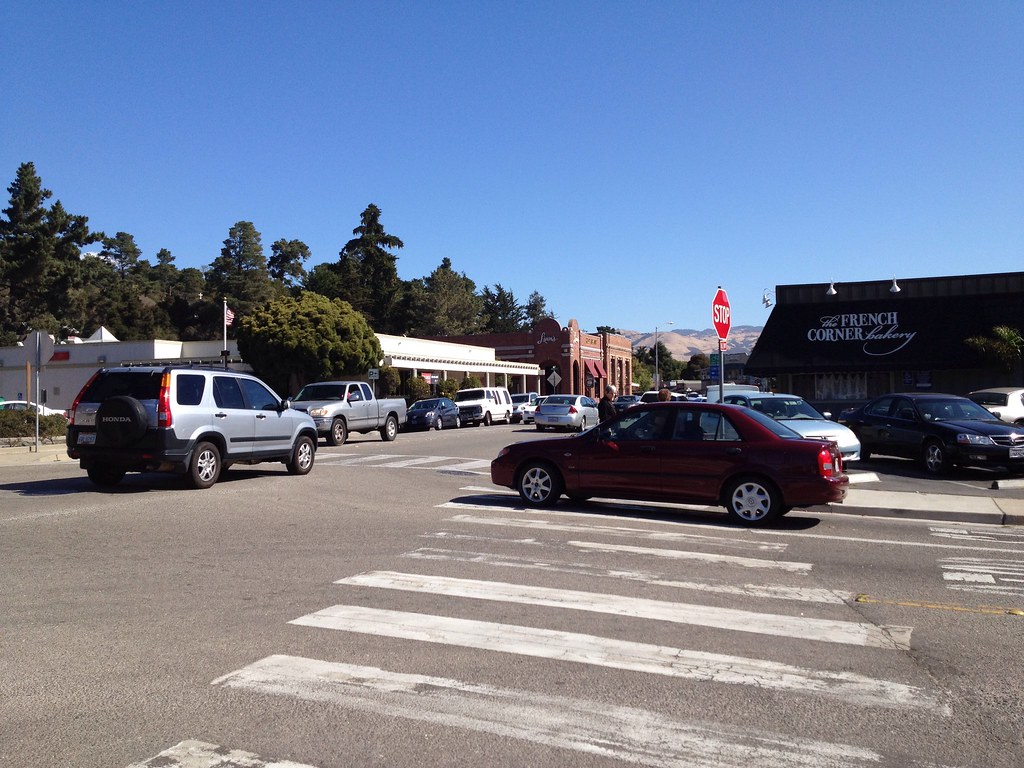 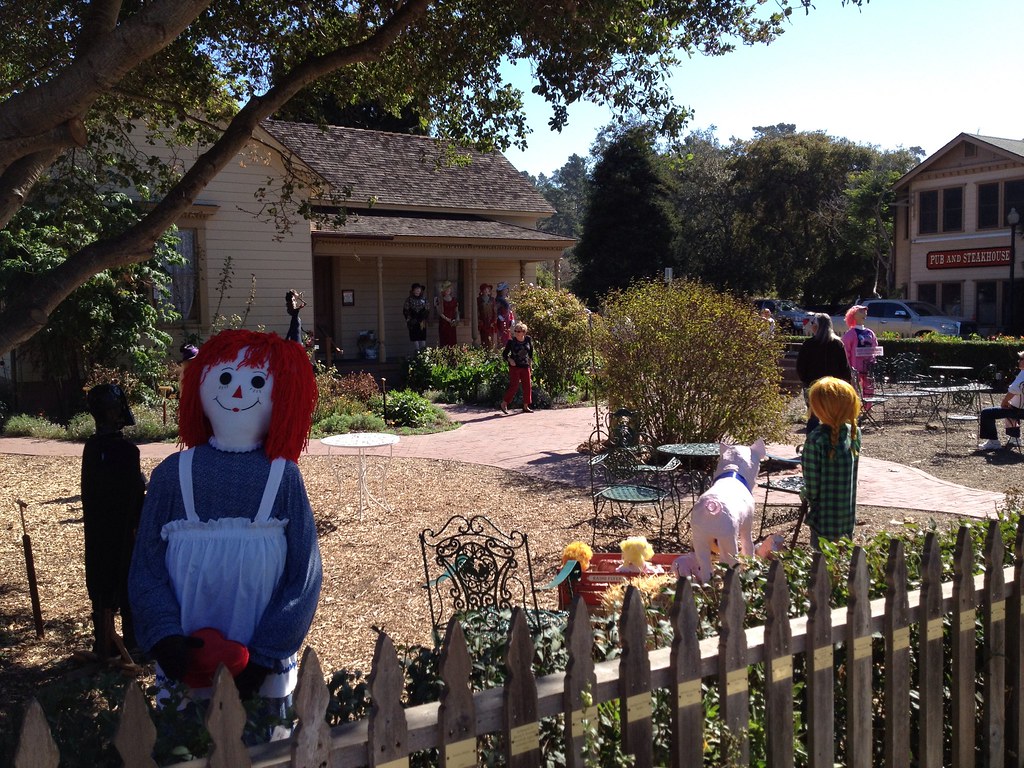 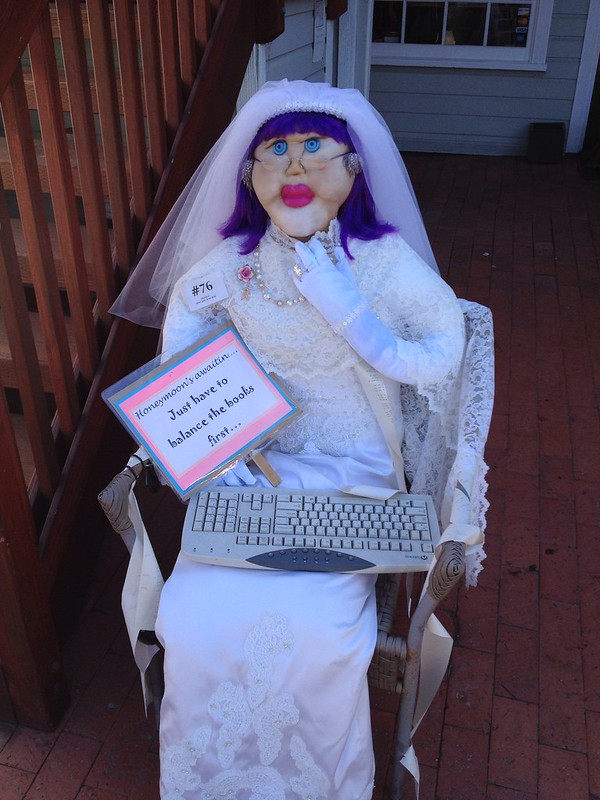 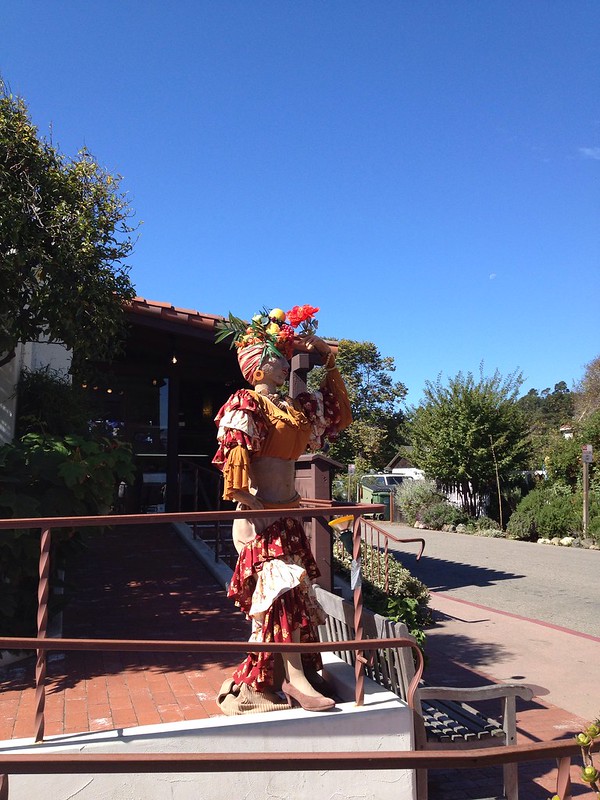 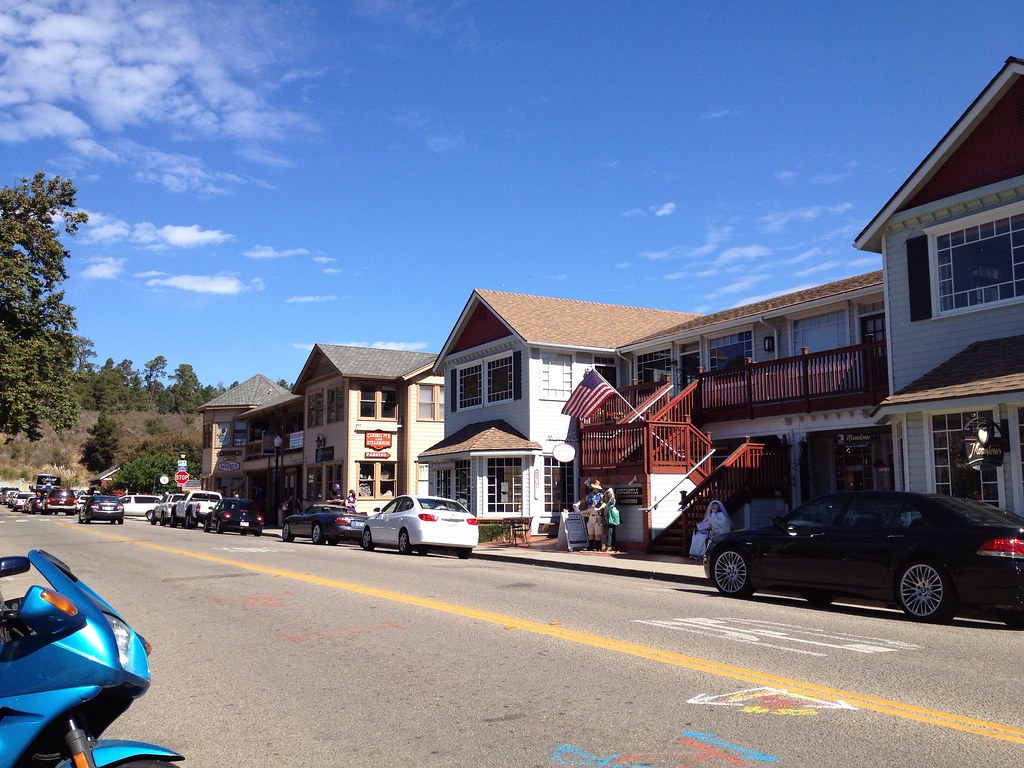 Yes, still in the USA! 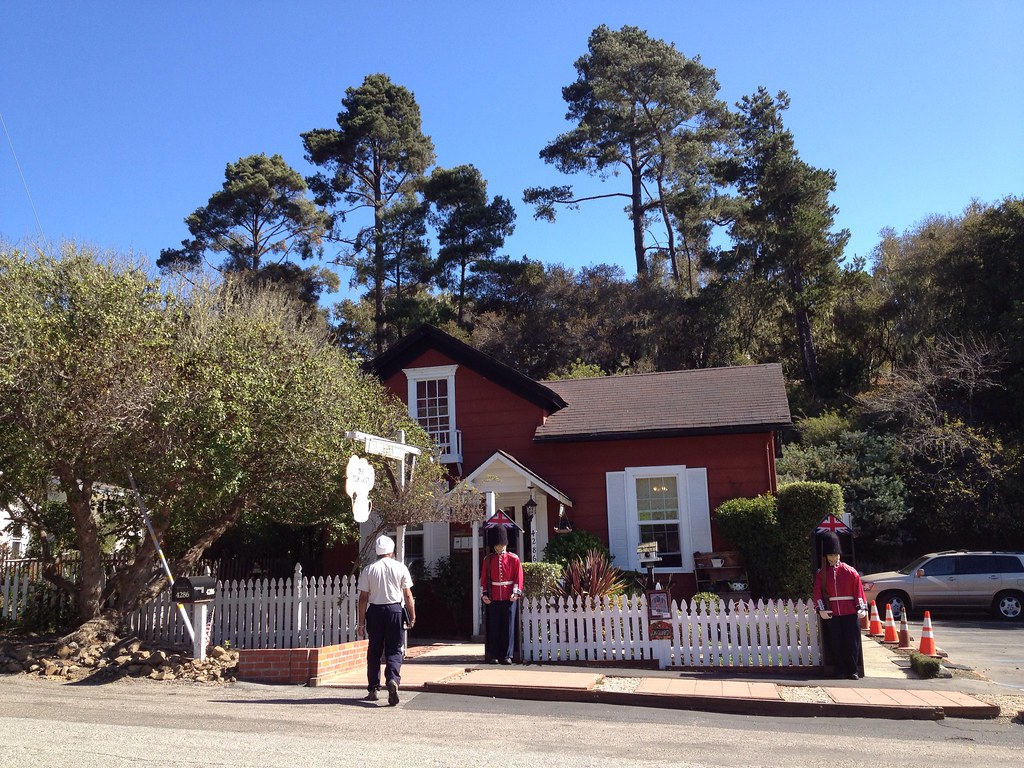 The town is worth seeing and is great fun!

After visiting downtown, we walked back to the car, on the way a couple asked us if the colour of our turban had any meaning, we informed them and also told them a bit about Sikhism, they enjoyed expanding their mind especially as they did not know about our religion. Afterwards we picked up the car and drove to Moon Stone Beach (5 minutes drive) it was a very nice beach with a calm Pacific Ocean. Where we had parked was slightly crowded so we went down a bit further to a quieter area. The temperature was around 75 degrees F, cool for me, I am still used to the heat of New Mexico! 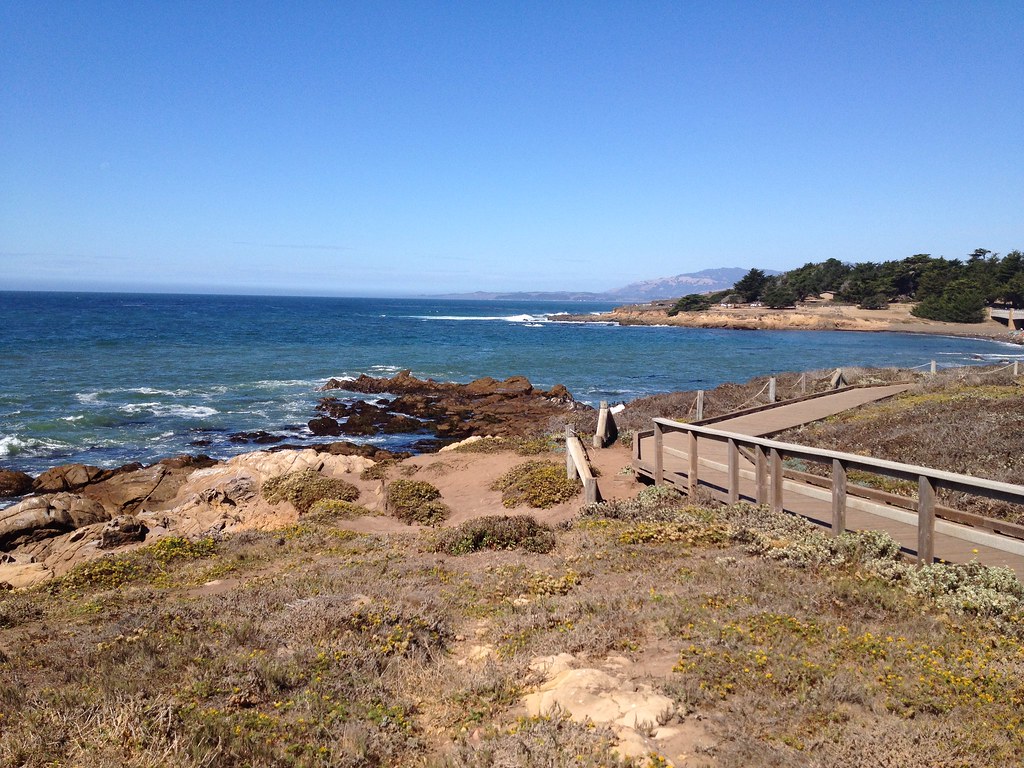 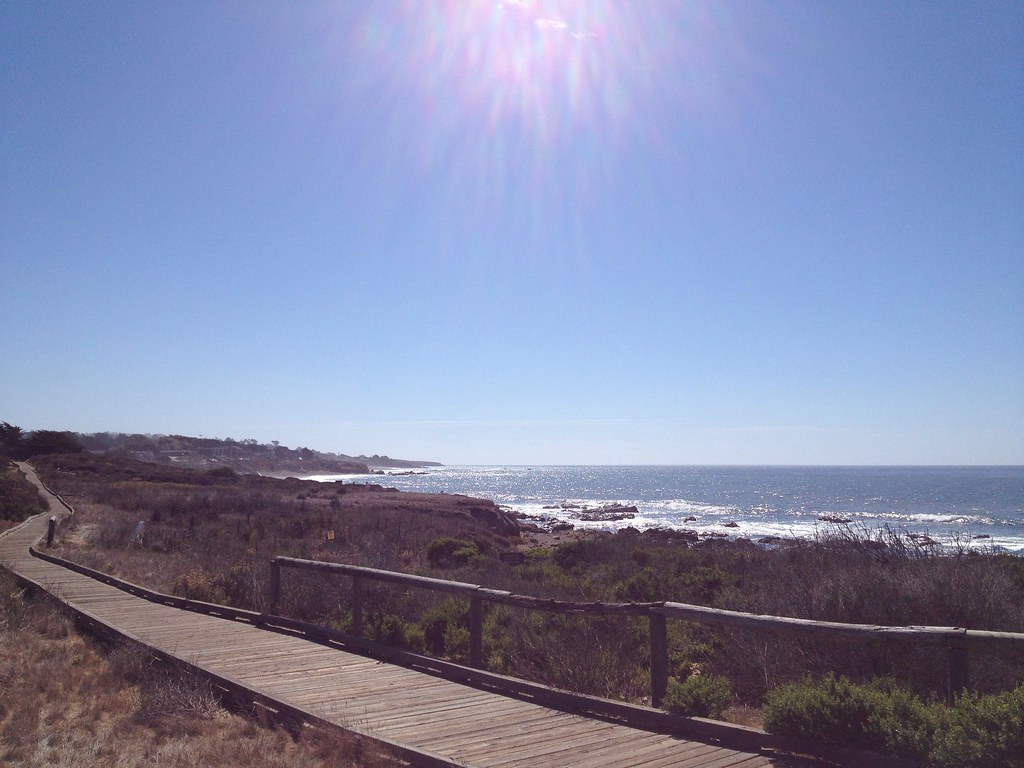 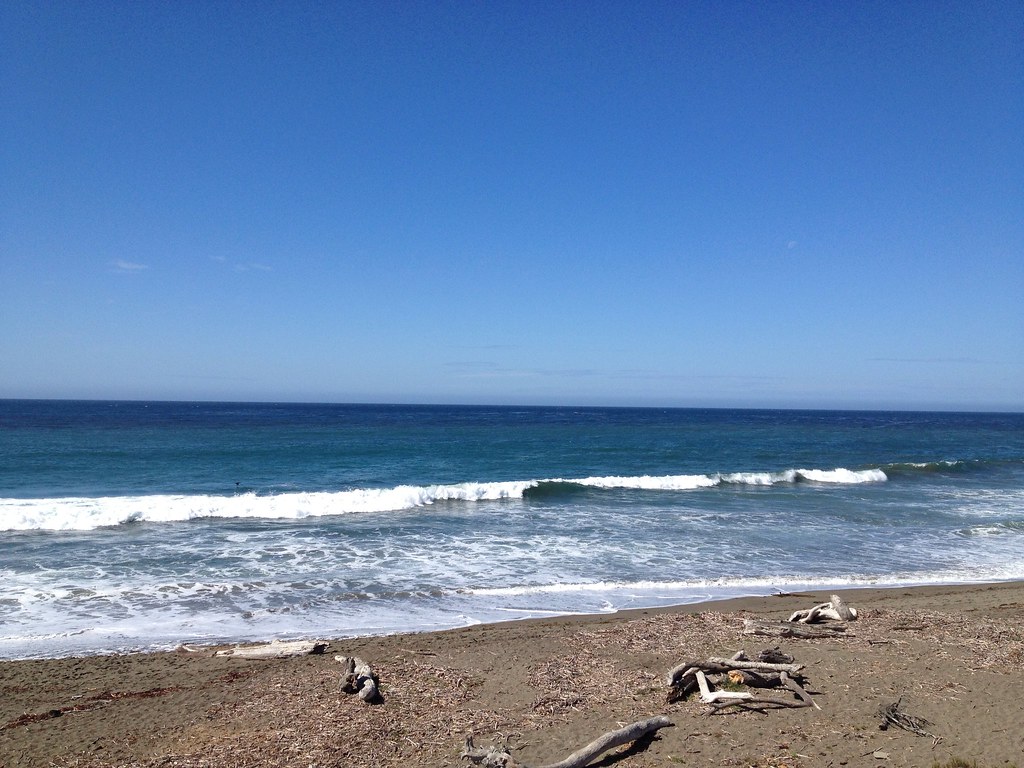 After spending some time walking along the coastline and viewing the large birds, we came to a nice hotel which has a golf course, as we were walking to the hotel reception we met a couple called Daryl and Karen, they were friendly and explained they had been visiting the hotel for a number of years. They then asked why we wear a turban, Sangeet gave a nice explanation of the turban and Sikhi. I butted in by saying we do not convert people! Karen explained to us about Christianity and said the only way to God is through Jesus Christ…….she told us to read the bible. We could have spent a few hours conversing but we finished up after about 30 minutes and moved on to enquire at the reception about the golf.

At the reception we asked how much is the room? The receptionist responded saying “too expensive!!!” (meaning too expensive for a pair of cash strapped looking backpackers?!!) Turned out the room was $125 per night….playing golf was only for hotel residents. 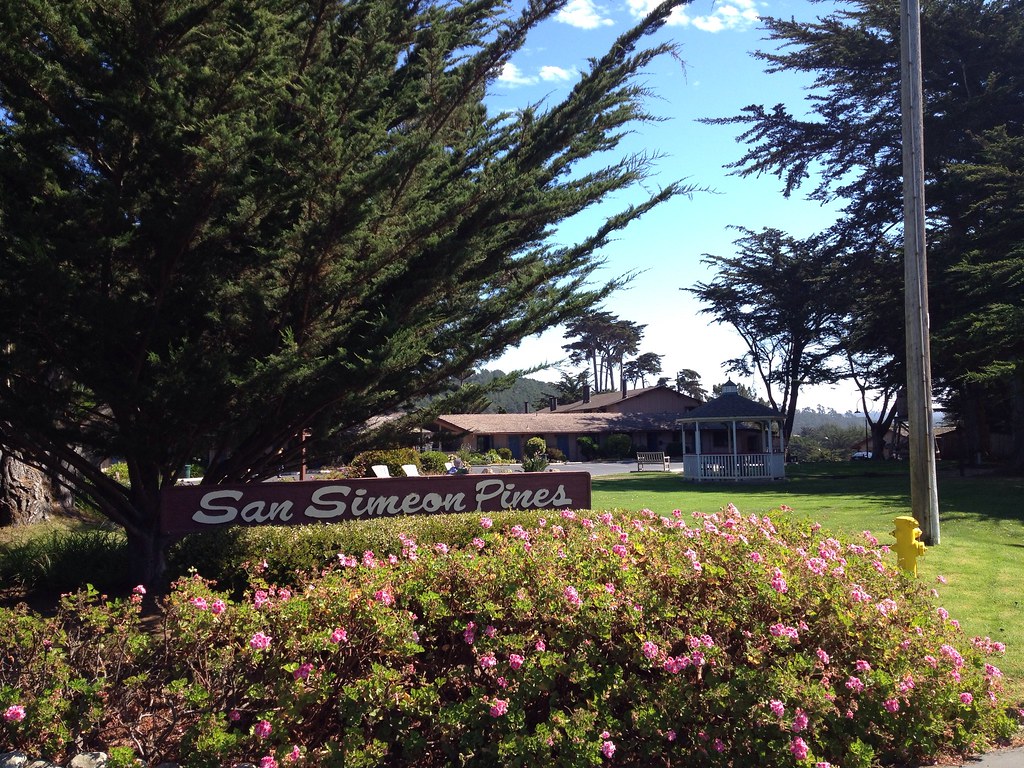 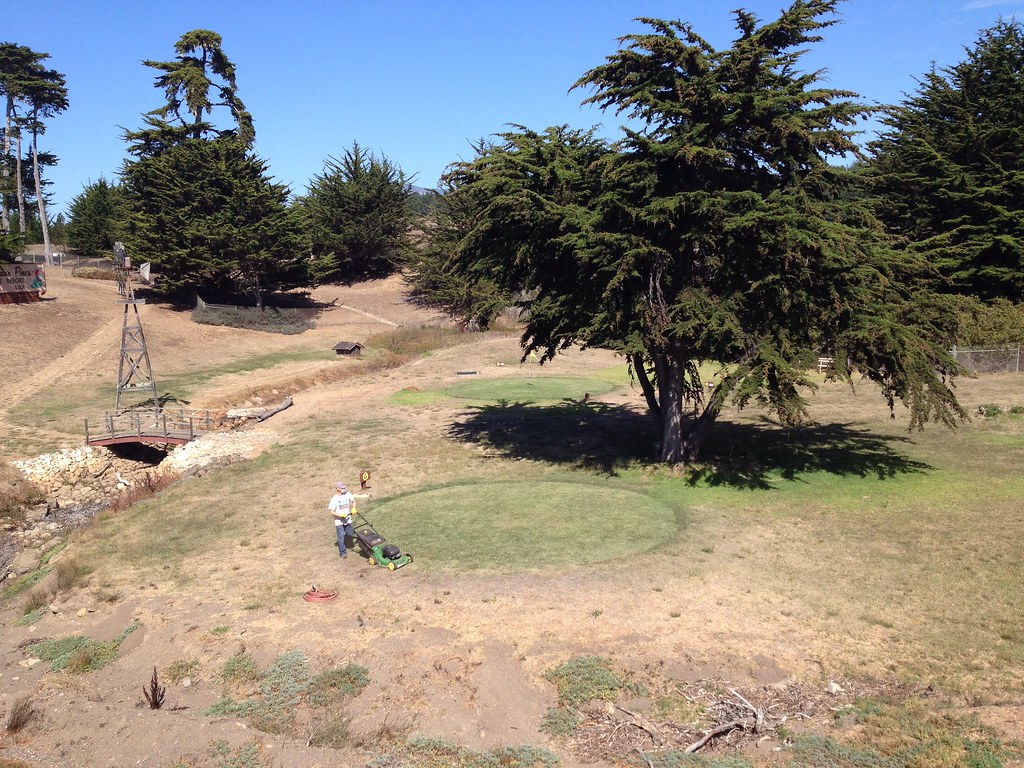 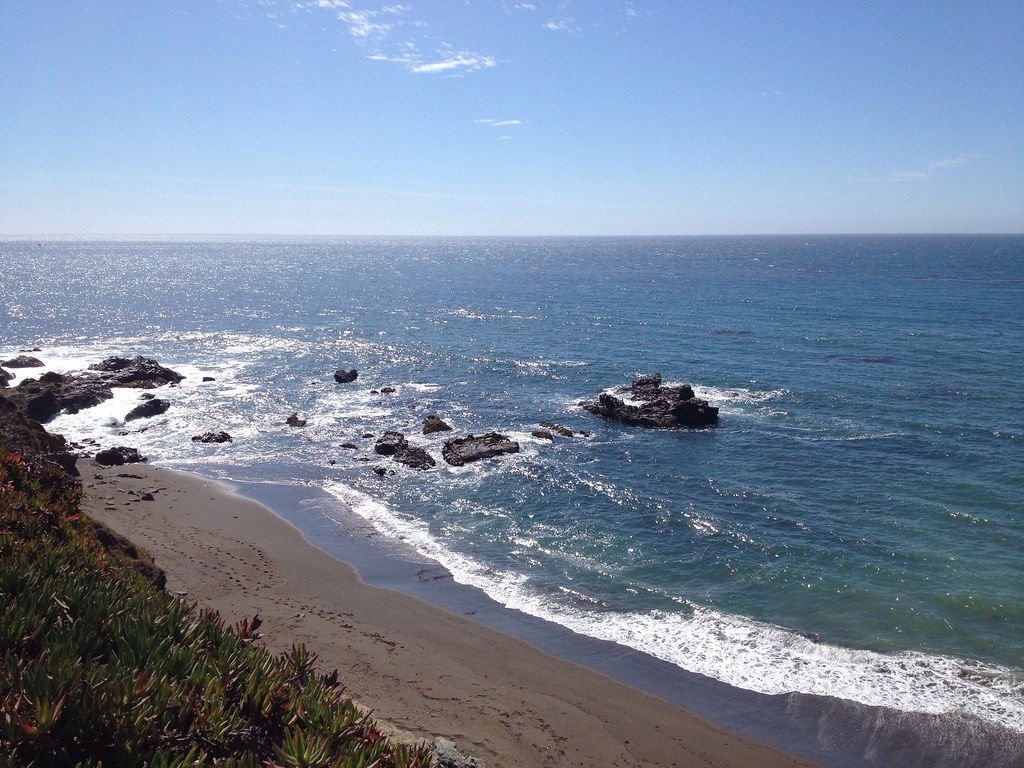 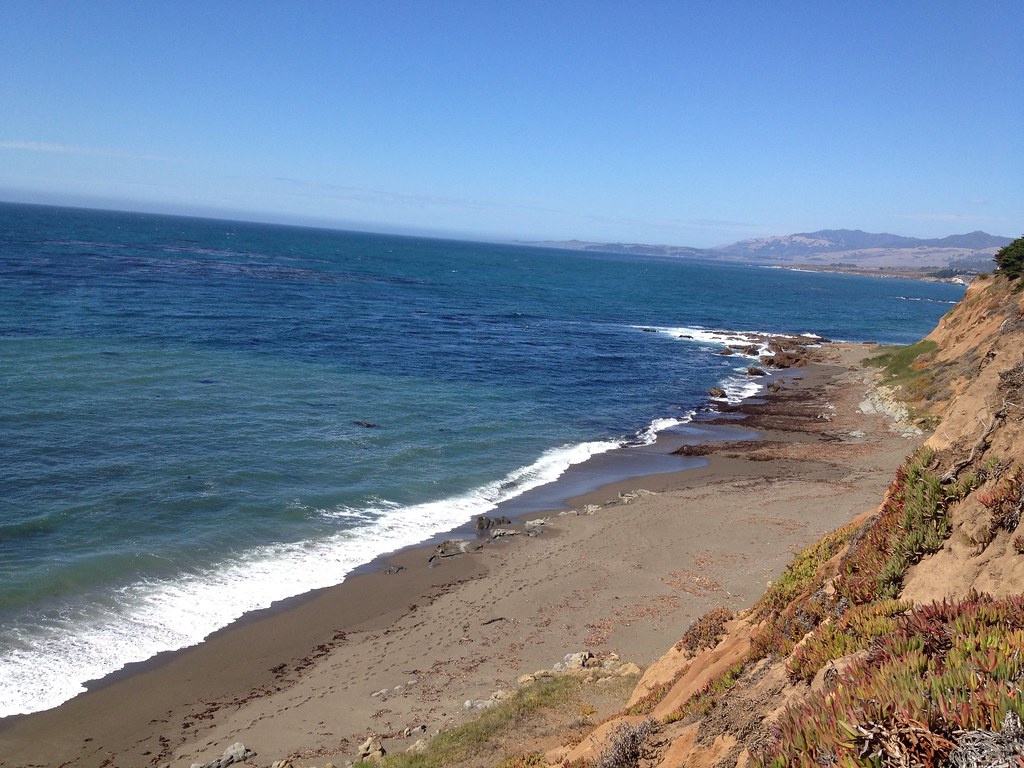 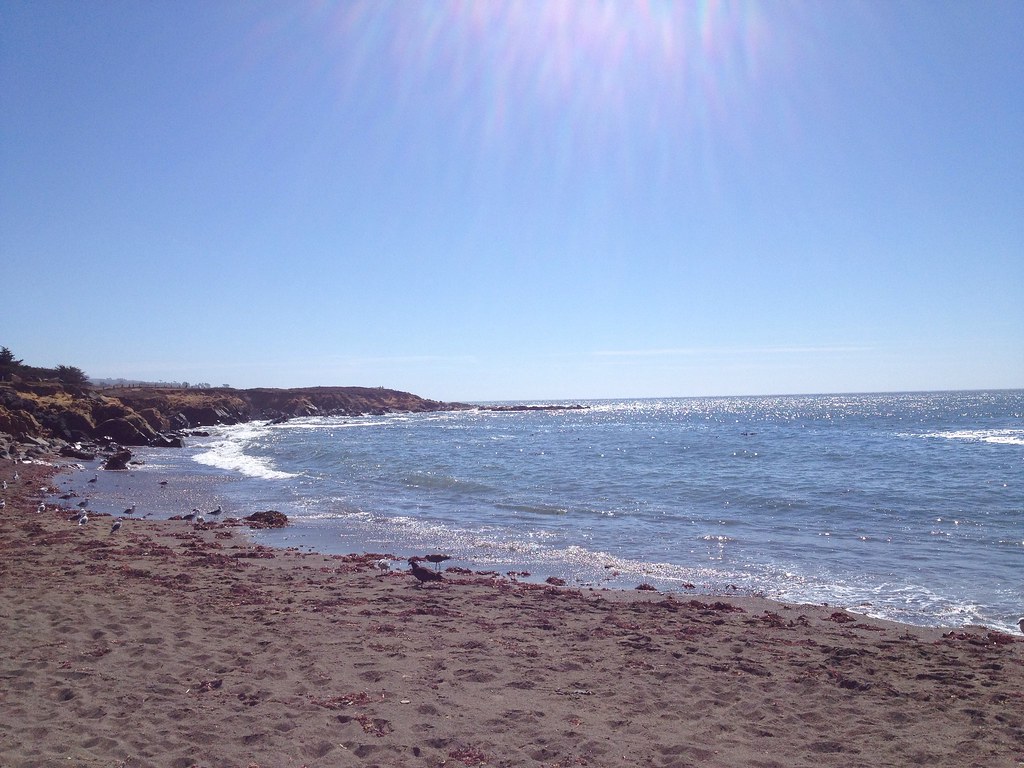 Daryl and Karen told about a very quiet spot over looking the beach just across from the hotel. We walked over and it was very nice.