Wireless@SG is a wireless broadband programme developed by the Infocomm Development Authority (IDA) of Singapore as part of its Next Generation National Infocomm Infrastructure initiative, being part of the nation’s 10-year masterplan called Intelligent Nation 2015 (iN2015).
It will be run and developed in the next two years by three local wireless operators, SingTel, M1 and iCell who will deploy a wireless broadband network in Singapore. Users can enjoy free, both in-door and outdoor seamless wireless broadband access with speeds of up to 512 kbit/s at most public areas under the “basic-tier” package.
The targeted users of this wireless broadband network are broadly classified as “people on the move” – people who require wireless broadband access while away from their homes, schools and offices. These include students, tourists, business travellers and enterprise users such as insurance agents and real estate agents who use widely-available and wireless-enabled devices such as notebook PCs and PDAs. Once connected, users will be able to access all Internet-based services e.g. online gaming, web surfing, instant messaging, VoIP and email.
In addition to the free “basic tier”, there will be a paid “premium tier” for those seeking bandwidth beyond 512 kbit/s, or for connectivity options with higher-quality of service. The three operators have different packages to suit different needs and there is no limit on the number of premium accounts users can sign up for.
On 16 June 2009, the government announced an extension of the programme till March 2013 and enhancement of speed up to 1Mbit/s.

IDA issued a Call-for-Collaboration early 2006 for interested operators to provide such coverage. Late 2006, IDA has accepted the proposals from iCell Network Pte Ltd, QMAX Communications and Singapore Telecommunications Ltd, to kick-start the nation’s progressive deployment of a widely-available wireless network by September 2007.
The CFC on Wireless Broadband Market Development has the following two main objectives:
1. To accelerate the deployment of wireless broadband by providing coverage in locations where users out of their homes, schools and offices can conveniently access wireless broadband services using data-centric computing devices.
2. To catalyse the demand for wireless broadband services by increasing the number of wireless broadband users.
On 31 May 2007, Network deployment for all Primary Catchment Areas in all Regions was completed with the Secondary Catchment Areas in all Regions was completed on 30 Sep 2007.
The CFC is scheduled to be completed on 31 Dec 2008.

To connect to the Wireless@SG wireless broadband network, a user just needs a WiFi-enabled device, such as a laptop computer, PDA or wi-fi enabled mobile phone, and a registered Wireless@SG account. With this registered account, the user is able to roam within any of Wireless@SG’s coverage areas, regardless of the operators’ network.
Users are encouraged by the IDA to install and activate a Virtual Private Network (VPN) or other encryption mechanism, Personal firewall; and Anti-virus software with the latest signature files. The IDA also encourages users to avoid ad-hoc wireless networking to safeguard their security.
Wireless@SG is powered by the networks of three wireless operators: iCell, QMax and SingTel. Following the announcement on October 10, 2006 by Prime Minister Lee Hsien Loong, that Singapore will get to enjoy two years of free wireless broadband connections from January next year, the Infocomm Development Authority (IDA) announced on November 30, 2006 that the three Wireless@SG operators have extended this free offering to three years. Users started to enjoy wireless connectivity from December 1, 2006, one month ahead of schedule at selected hotspots.
To gain access to the free basic-tier Wi-Fi connection, with connection speeds of up to 512kbit/s, starting 1 December 2006 users could sign up with any of the three Wireless@SG network operators. Wireless@SG is available for all Singaporean residents. Users can sign up with any operator to access all the hotspots in Wireless@SG.

There are various ways users can register for this service:

Online Account Application
Users with access to the Internet can log onto any of the three operators’ websites and complete an online registration form. Alternatively, they can click on the ‘New User Sign Up’ link found on the Wireless@SG log-in page when they select the Wireless@SG network at the coverage areas. The account will be activated immediately and a password sent to them via SMS.

Customer Service Centres
Those without mobile phones or online access can visit any of the operators’ customer service centres to register and collect their passwords. Users can also check with their operator of choice for other registration methods.

Mobile phone
Visitors to the country can receive free 24 hour Wireless@SG accounts by calling a computer-operated phone number at SingTel. An SMS with a username and password will be sent shortly afterwards.
Coverage Areas 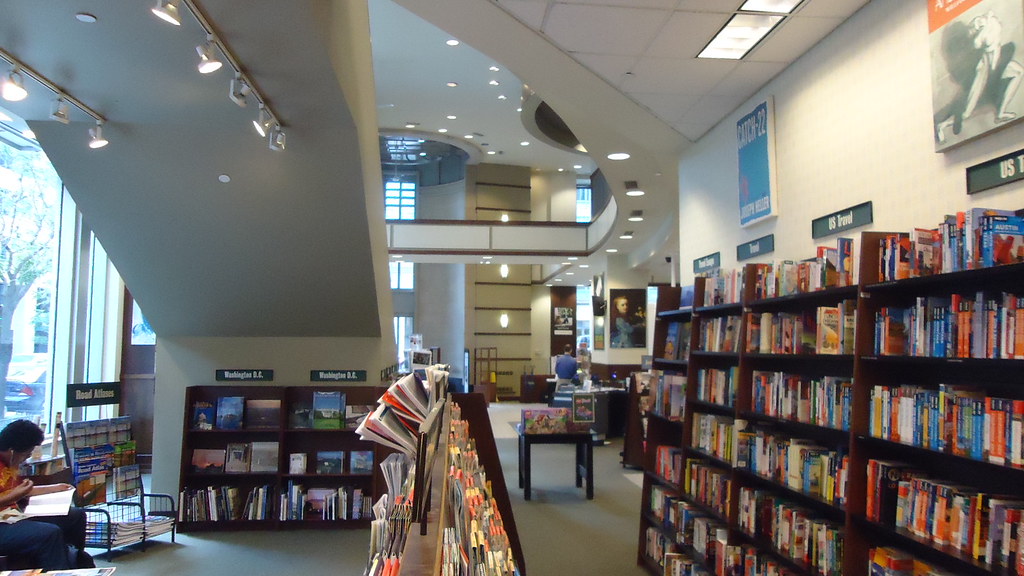 Well we found a vegetarian Indian restaurant called Indian Delight, which is based in an federal government building. On entry to the building we had to go through metal detectors, I informed the security of my Kirpan and was refused entry!!

O man! We are back at Barnes and Noble, I had a spinach and feta pretzel, Sangeet had a thick tomato soup , good but not as good as the Indian would have been!