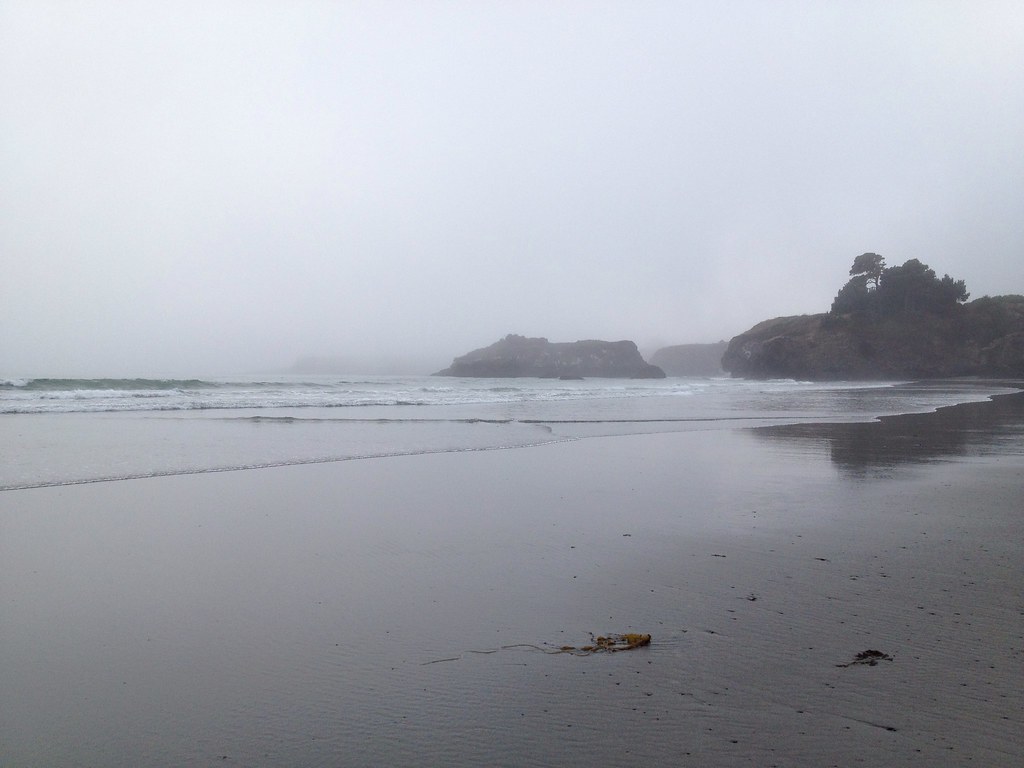 On the way to the Redwood National Park…..

We are travelling north on interstate 101 from Ferndale. Like previously it is a road full of twists and turns. It takes about 30 minutes to get to the main town Eureka. There we stopped for gas. Eureka has the big chain stores and malls which is quite different from the rest of the costal towns. At the gas station a girl greeted me with Sat Sri Akal, I responded and asked if there was a Gurdwara, she said the nearest one is 4 hours away in a town called Redding, as this was out of the way we decided to try and pop in on the way back. Onwards to the Redwoods…….

A few miles out out Eureka the road started hugging the coastline and the view were fantastic.

After passing a town called Trinidad we came across a very quiet beach. 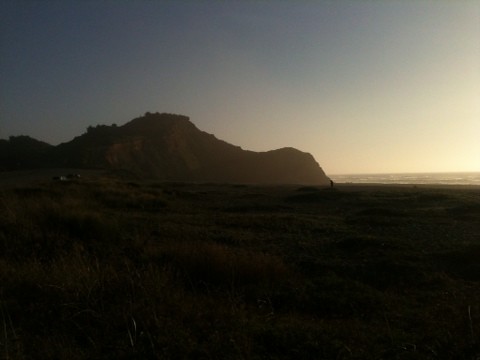 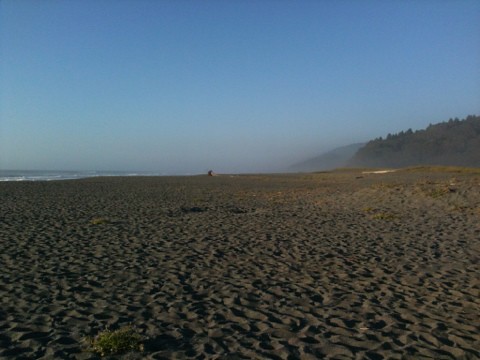 The access to the Redwoods NP is free but you need to get a pass from the visitor information centre, only 50 are issued in any one day. This pass is ONLY required for the Tall Trees trail. So we decided to stay near the information centre in a town called Orick…..the town has three motels. All of them looked like they needed some major work. The only one that had any vacancies had skeletons hanging on the outside!! We turned around and drive to a town called Trinidad….now this is a fantastic little town but the motels are fairly pricey. The first one we stopped at was $56 and had plenty of vacancies…..when you look at it you can understand why! We carried on, the next one was very pricey starting at $200 +!! But hey you did get a free seven course breakfast and I should bloody well hope so! We carried on after three more pricey but very nice motels we stopped at one called Trinidad Inn, the lady was very helpful and gave us a good price on the room. After checking in, I drove down to the local supermarket called Murphy’s, where I bought hummus, gluten free biscuits. A great combination lol!