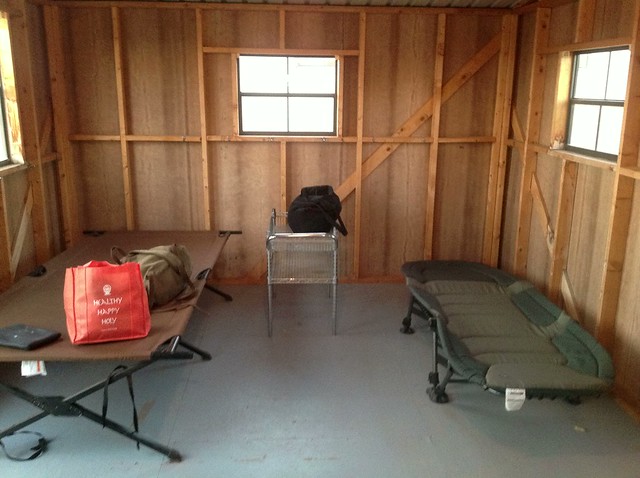 Had a bit of a lie in this morning, I think the pronthe kicked in!

We got to the Gurdwara around 5:30 am. At 6am Chardi Kala Jatha performed part 2 of Assa Di Vaar. It was very powerful.

We have registered for the Summer Solstice 2013, today was registration and settling in…For the past few days we have been living in luxury, a very comfortable bed, a fantastic powerful shower with hot water. I was very sad to leave phenji's house. Phenji did say we can stay and commute to the Solstice site, which is about 20 minutes away. As we had already paid for the cabin we decided to head up the hill and stay there.

We said our long goodbyes to phenji…..

We decided to grab our last lunch before going onto the solstice diet, so we headed over to Annapurna's in Santa Fe. WHilst having lunch I gor a text from Harijot Singh asking where we were. I replied saying n Santa Fe. He asked if we could pick up his friend and we agreed. We picked up Jasdeep Singh who is from Richmond, Canada and together we set off to Espanola. On a Thursday there is a community lungar, as it suggests, it is open to everybody. It was great to see many friends who were there. Everbody was looking forward to solstice and there was a fantastic buzz in the air.

The site of The Summer Solstice Sadhana Celebration is called Guru Ram Das Puri. It is 8 miles from Española up a dirt road. The Solstice website directions say “PLEASE DRIVE SLOWLY AND CAREFULLY on this portion of your trip” As you pass other cars, especially SUV's who were speeding the other way, the cars sprayed us with pebbles. Clouds of dust rolled up all around the car. Viewed through the milky white filament of the slowly dissipating dust the surrounding landscape of dry yellow soil, scrubby green brush, and the dimming blue sky was so beautiful.

Guru Ram Das Puri is a 160-acre preserve of land in the Jemez mountains. On the land is a very large tent called the Tantric Shelter. It has a concrete floor and a high roof and stays cool and breezy under the worst conditions. The three-day long meditation called White Tantric Yoga will take place here, as will Sadhana. Meals are eaten in the Tantric Shelter sometimes, and the bigger teachers—Harijiwan, Guru Singh, Gurmukh—hold enormous classes here as well.

There is also a tent, on one side of which food is served, and on the other side of which is a bazaar, where the kind of items one would think would be sold at a Solstice gathering are sold: yoga wear, yoga music, crystals, books, and spiritually profound jewelry, like malas, which are beaded necklaces used as meditation aids—rosaries for hippies.

At the edge of the property, up above a few acres of parking lot, are a few cabins.

Once you get to the site, one has to register so we headed over to registration. We had registered and paid online a month before, but the process of the staff finding our registeration forms and badges took 45 minutes!! Sangeet could see I was getting very annoyed and wound up, she said we know plenty of sangat members the last thing you want to do is cause a scene….I stayed calm, which was a miracle!

After a long winded registration process we headed over to the cabin. 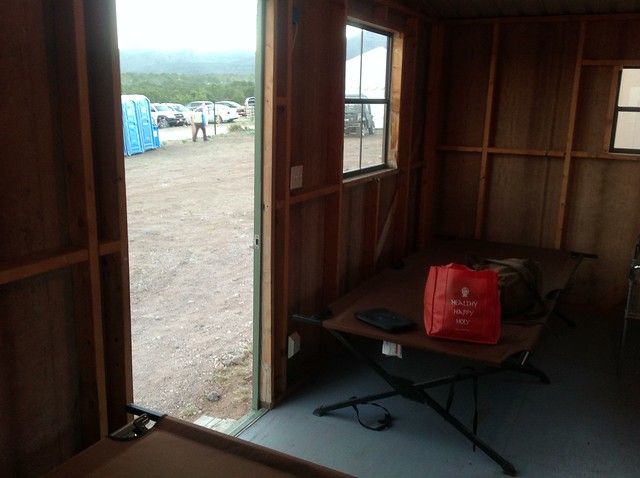 Outside view from the cabin 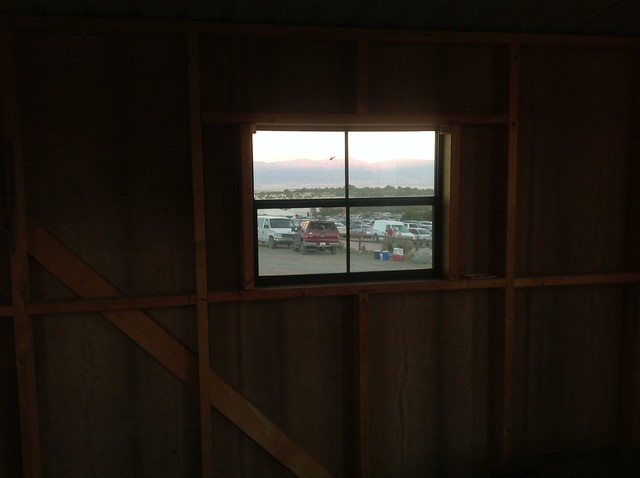 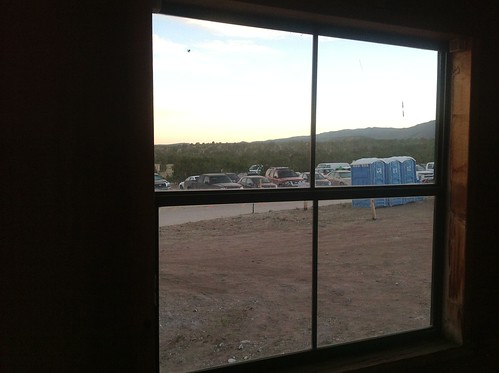 I am tempted to go back to Shanti phenji's house or even book into a motel, especially as we had paid more money for the cabin then a motel room! Ah well let's see how it goes.

In the evening there was a welcome speach, Sangeet and I also helped with setting up the Gurdwara.

Afterwards, Nirvair Singh did the gong meditation. Then off to bed…………..early start tomorrow…….