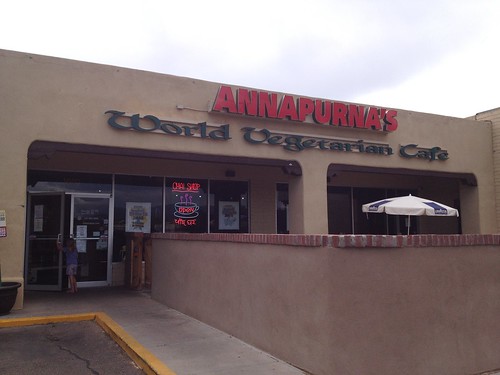 Yesterday as soon as I tasted the lungar, I just knew this would lead me to having stomach issues. I really need to be more strict now and still realise that the stomach issue has not been resolved.

So this morning was a lazy morning, just recovering and taking pity on myself!!

For lunch we met up with good friends Ben and Carey, I met Carey last year on the Kundalini teacher training. They were invited to the Gold House (where we were staying last year) and had fun mixing with everybody.

We reached their beautiful house. I drove into their drive and heard a dog barking. It smelt brown meat and I am sure it wanted some!! Carey said come on up, it is a friendly dog, I refused! We had arrived about 45 minutes late, Carey asked us, “what time are you working on?” That was funny. 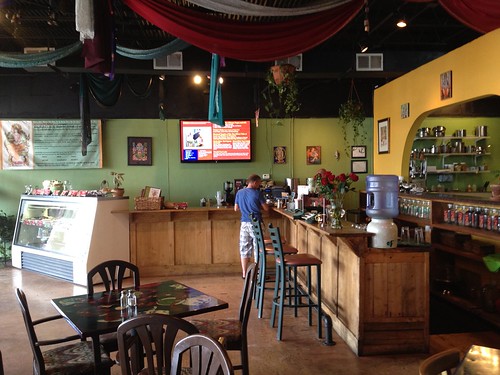 I was tempted to go for the dhosa which comes with a spicy lentil dish (seems like I just do not learn my lesson!) I decided to go for the shepherds pie and am glad I did. It was a very tasty and filling meal. 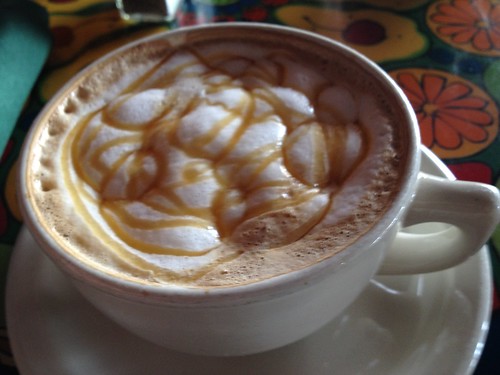 The four of us just had great conversation, and the time flew by. We got to the restaurant around 2pm and left at 4:30pm!

Carey, me and Ben 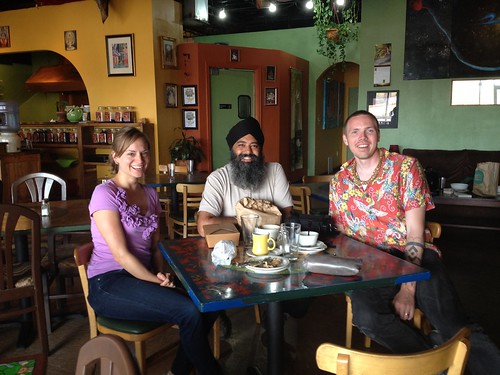 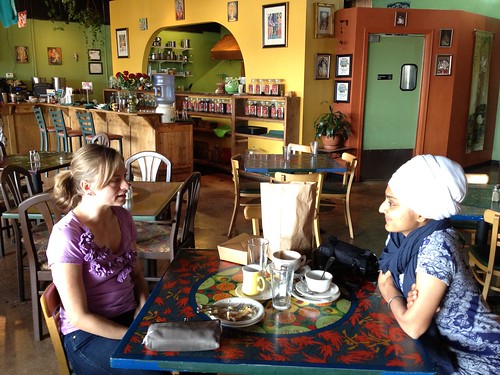 We dropped of Ben and Carey, they kindly went in first and moved the dog away from biting distance!! We went in and chatted a bit more on leaving they gave us some amazing chocolate from Peru and a book called 'Be Here Now'. Bit like a hippy guide!

Be Here Now (or Remember, Be Here Now) is a seminal 1971 book on spirituality,yoga and meditation by the Western born yogi and spiritual teacher Ram Dass. The title comes from a statement his guide, Bhagavan Das, made during Ram Dass's journeys in India. The cover features a Mandala incorporating the title, a chair, radial lines, and the word “remember”

Back at the house we got to spend some time with paji and phenji, it is fantastic being in their company.

Afterwards, we went to the Gurdwara to meet Harijot Singh and recite Rehraas, we decided to go for a coffee, I thought to myself where will we go for coffee….Santa Fe?!? which is twenty minutes away…..it later turned out Harijot was thinking the same. Outside the Gurdwara we saw Prabhu Singh and got chatting to him. Whilst in conversation Sat Purkh Kaur and Abhai Raj Singh were on security duty and checking on people loitering, naturally they came to us! They invited us to their house as Sat Purkh Kaur had made rhubarb pie (I have been pestering her for a while to make pie!), this was very tasty and their house is amazing. 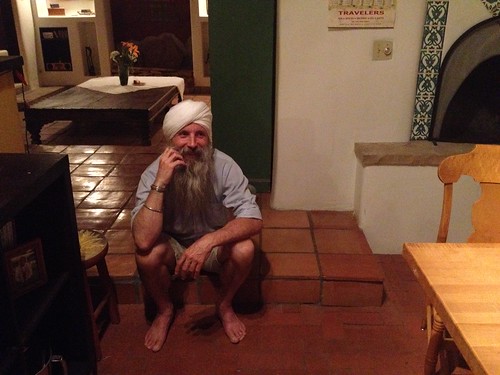 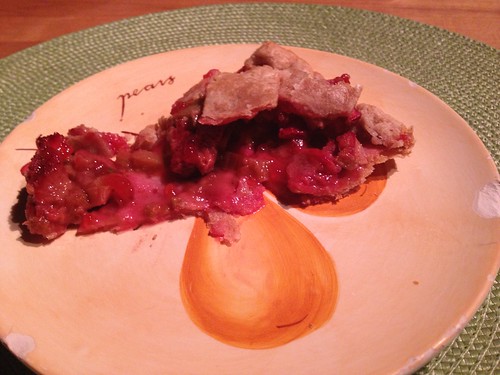 One last trip to wholefoods…..

One last visit to the Wholefoods in Santa Fe. Then headed to Annapurna’s which unfortunately was closed, so we headed back to Wholefoods, there we met a really good guy called Narayan Singh, he told us about his story and how he ended up in Espanola. We are hoping to catch up with him in New York. 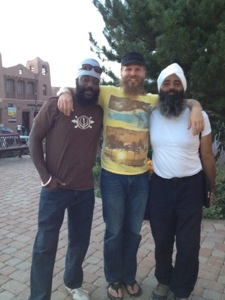 After saying to Deva that we will pick him up at 3pm we turned up and 6:30pm I blamed Indian timing!! To our very pleasant surprise, Lakhmi Chand was also there. We went to Santa Fe where we walked around the plaza, we also bumped into Mako. Dinner was at India Palace and very good restaurant which had a good selection of vegetarian dishes. The owner assured me they cook the non-veg and veg dishes separately. 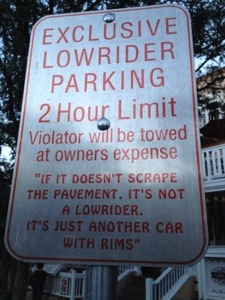 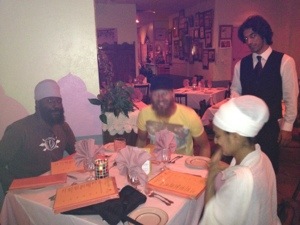 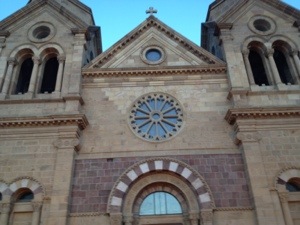 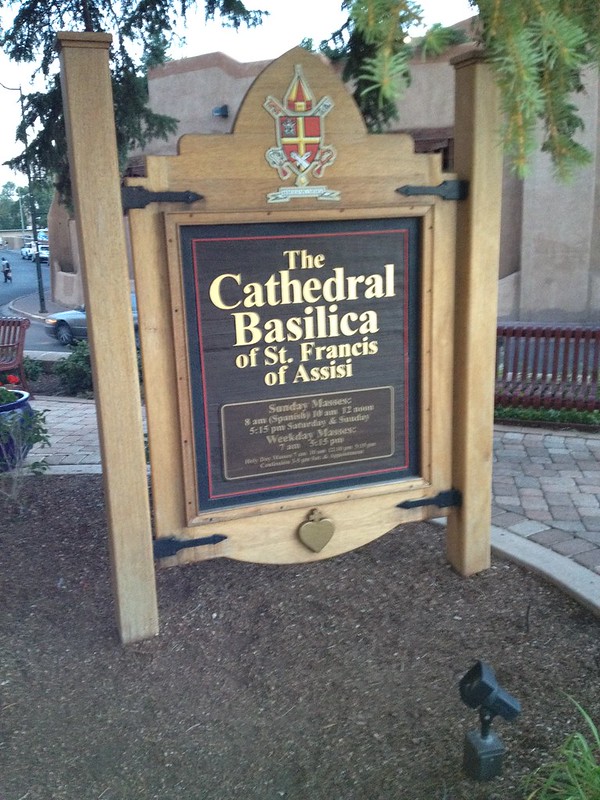 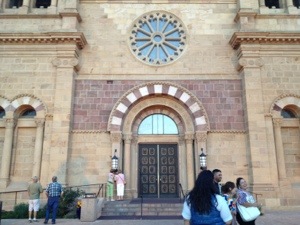 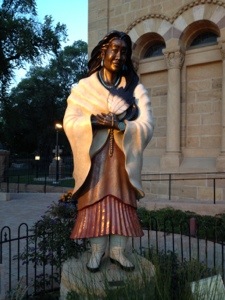 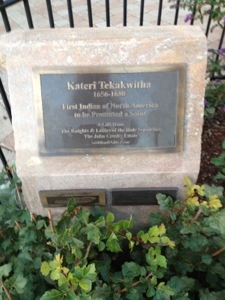 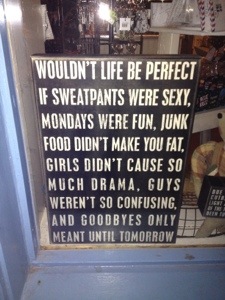 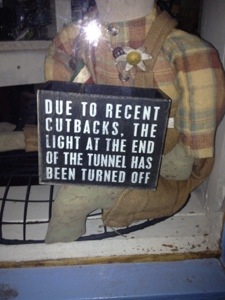 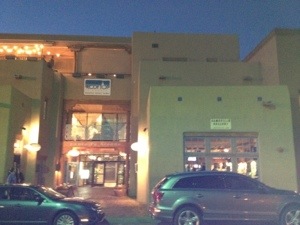 We (Deva and myself) spent the morning in Santa Fe.  There was a Indian Flea Market which was fantastic.  We had breakfast at a great Italian restaurant, later we were joined by Prithinder.  Pictures to follow…….

This morning we (Prith, Vladimir, Ms Lindt, Ms Mozambique and myself went to whole foods in Santa Fe to get some supplies and extra fruit, then popped to Body so Vladimir could get a yoga mat and cushion. On the way we were playing a number of songs.

When we arrived back at Espanola, we attended the Gurdwara programme, it was fantastic to see the local sangat, they remember me as Sangeet’s husband, they so love Sangeet here. We then has lunch followed by our first class!! We were told which groups we are to be in, mine is Udaare. A fantastic group where we all just jelled together. We went around each person in the group and say who we are and what/who motivated us to come, I mentioned that Sangeet is a great inspiration and so motivated me to come.

Afterwards, we attended a class held by Nirvair Singh, where we did a yoga kriya followed by Yogi Harbhajan video which had a fantastic kriya.

We then had beet lasagne. Walked down to the Gold House, where we all sat in the communal section and chatted, Brian, one of the house guests played the guitar.