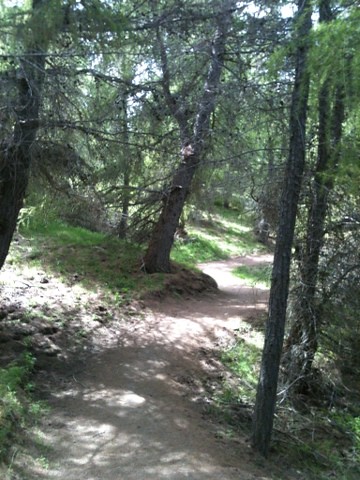 This morning we did the 3 hour round trip walk to Mount John and the observatory. The walk up is pretty steep. 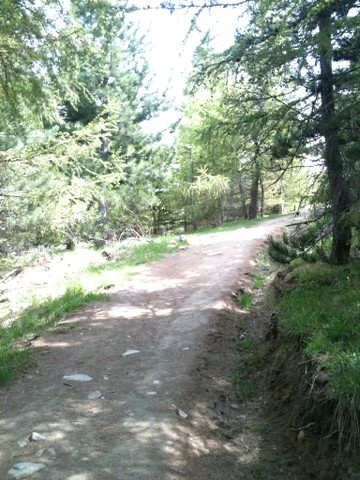 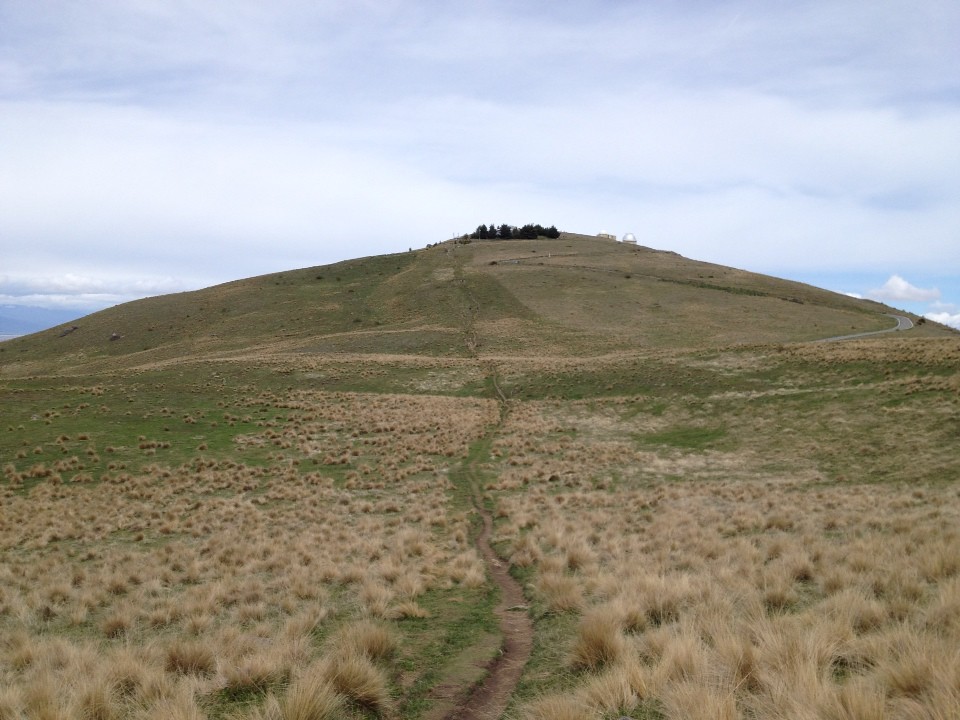 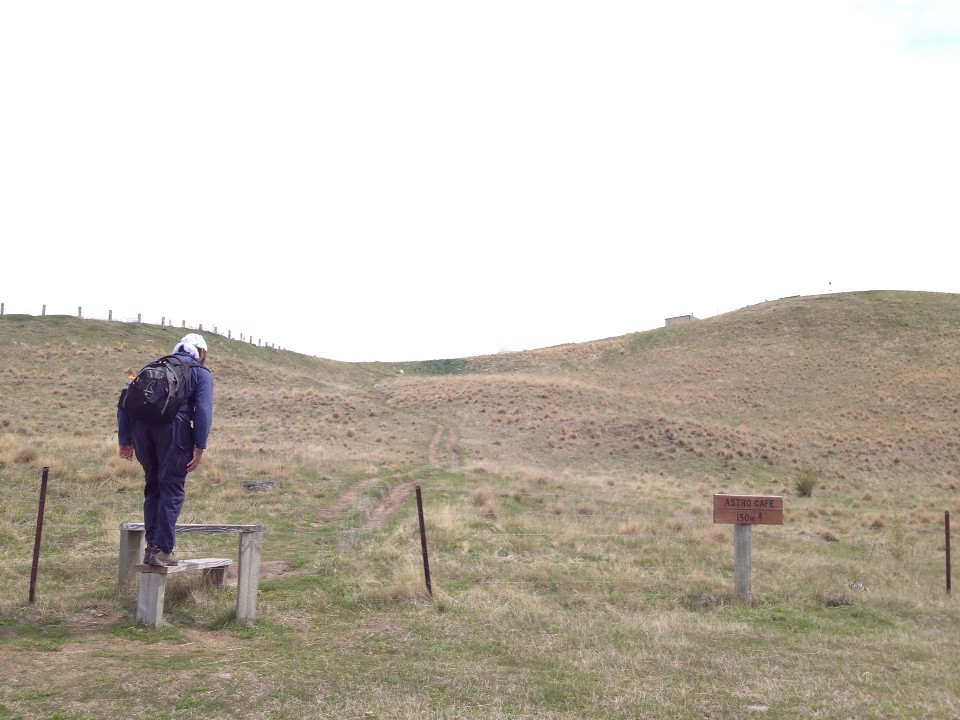 The views were fantastic 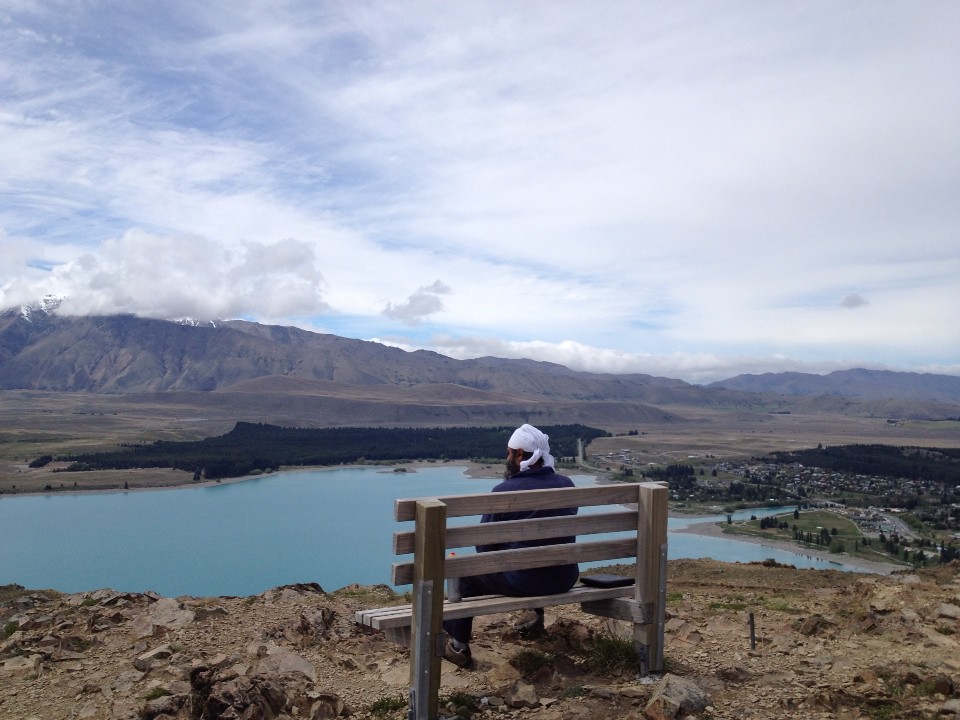 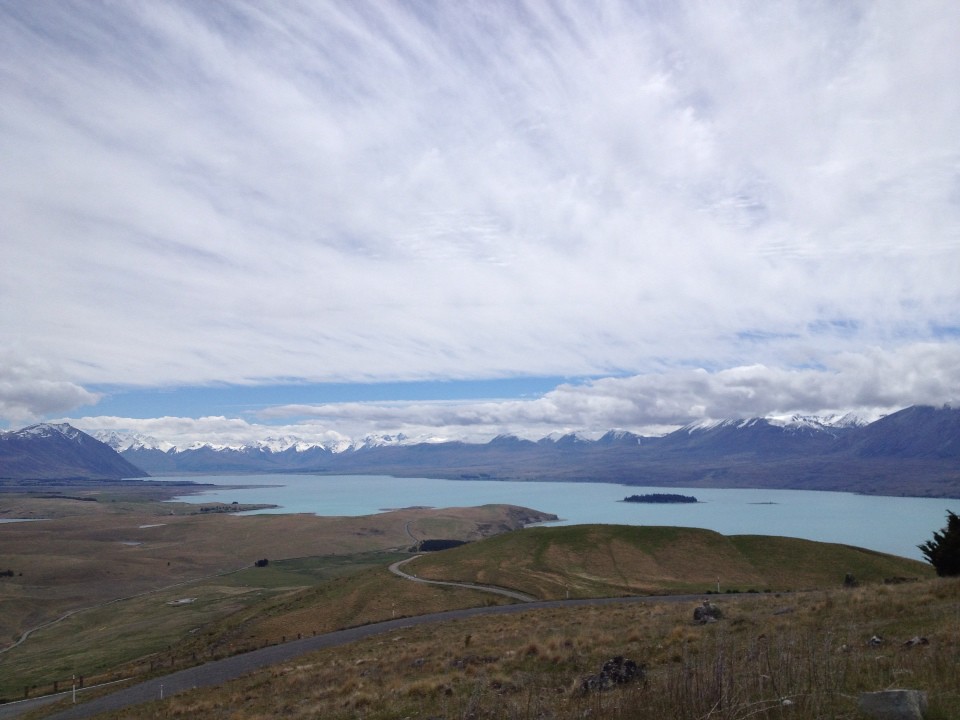 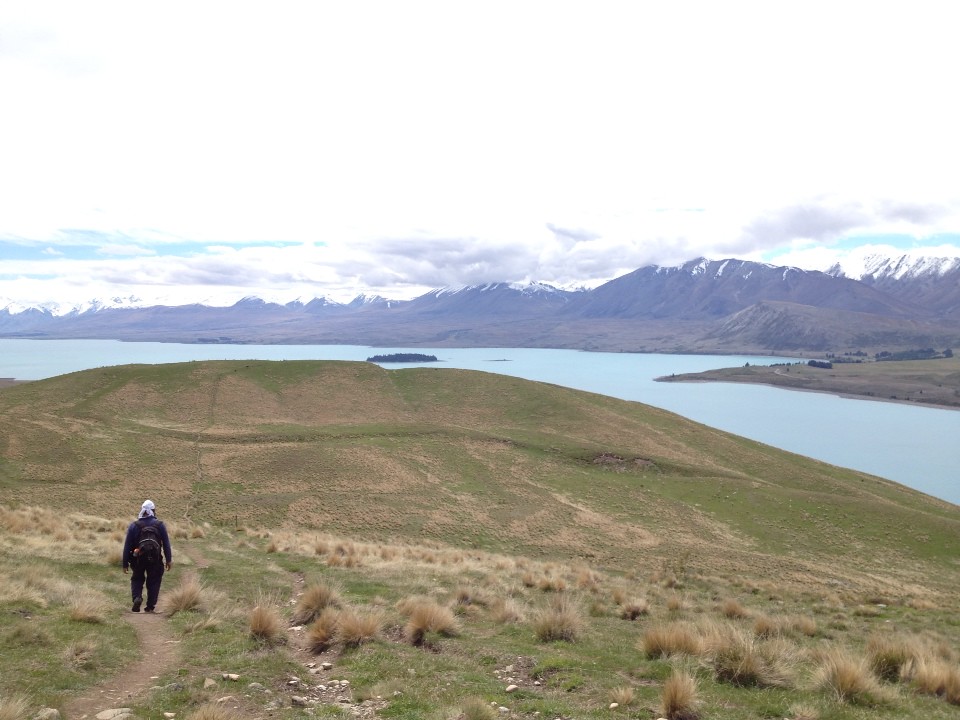 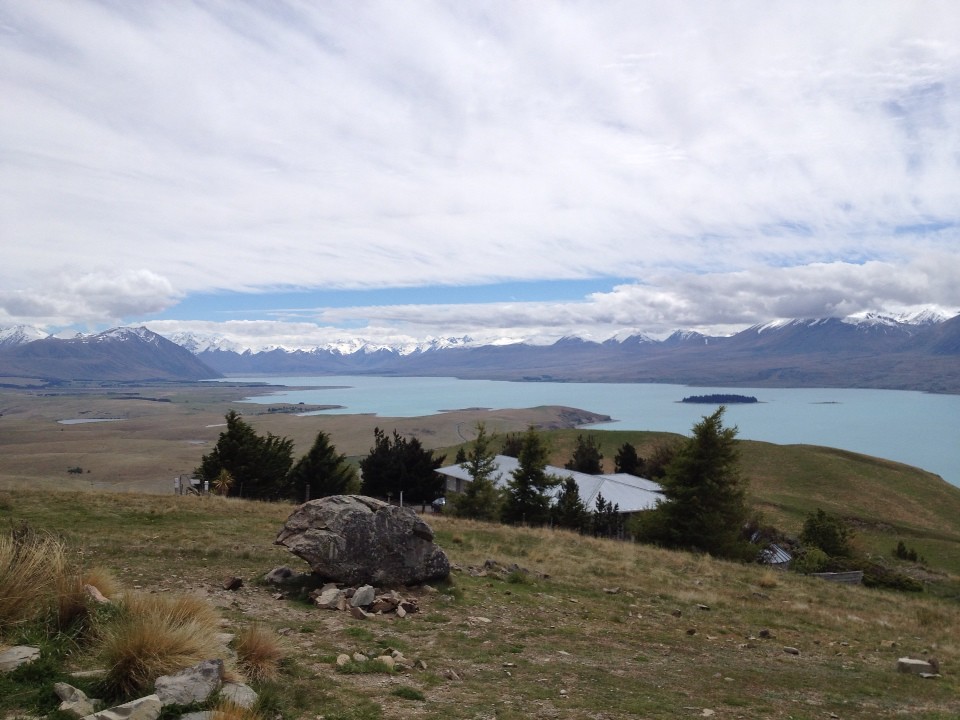 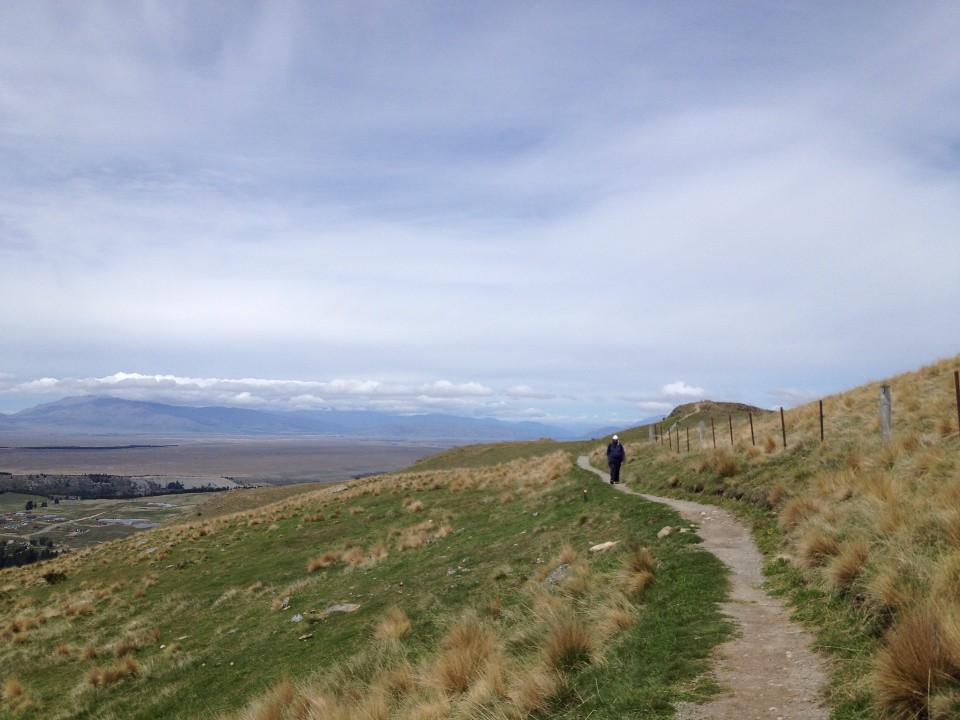 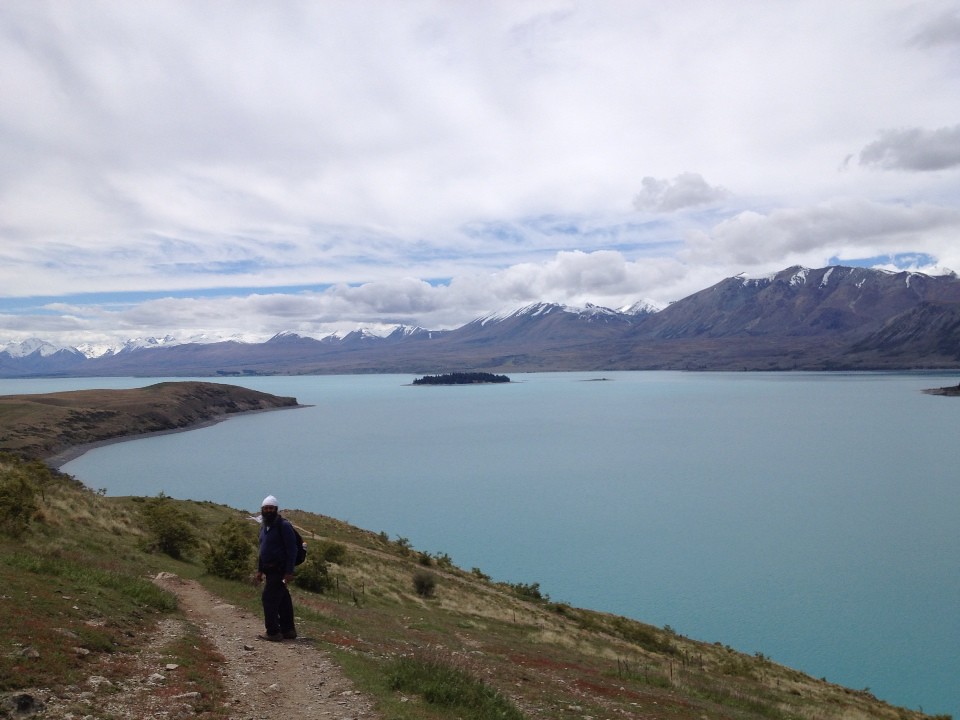 At the top of Mount John is the observatory and the Astro cafe:
Astro Cafe 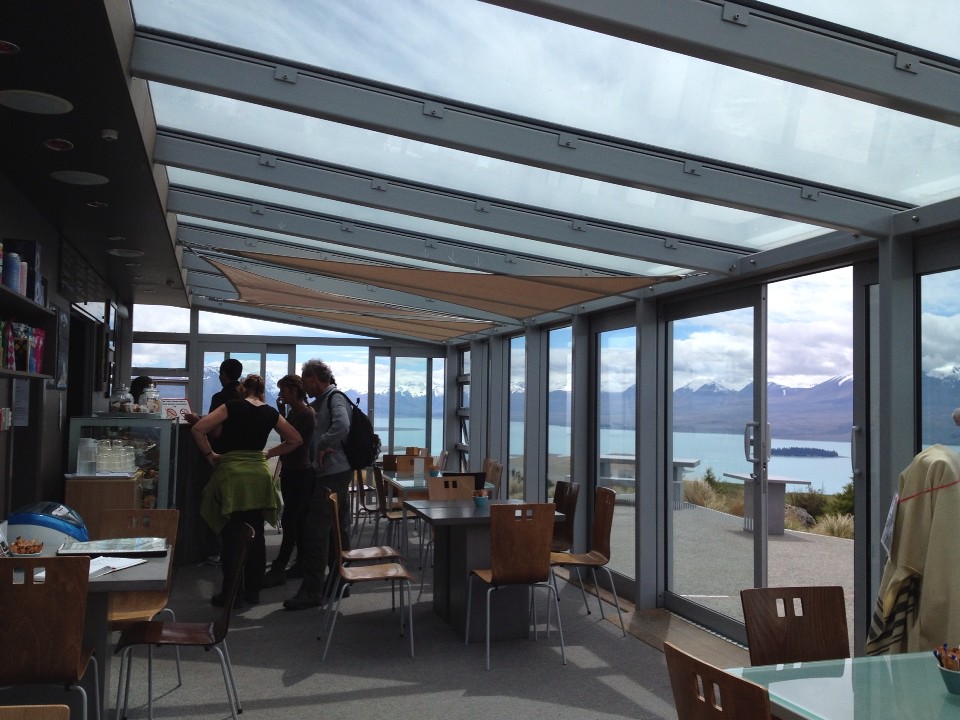 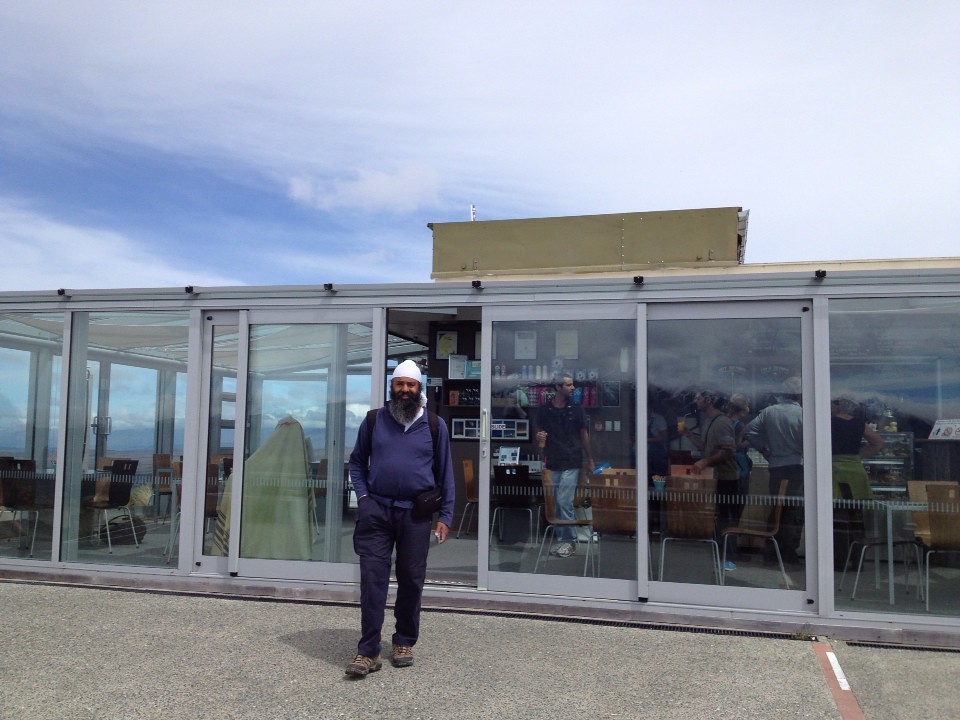 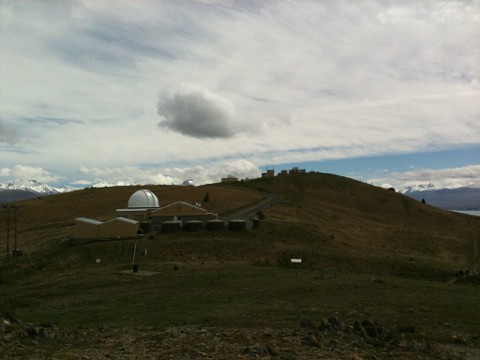 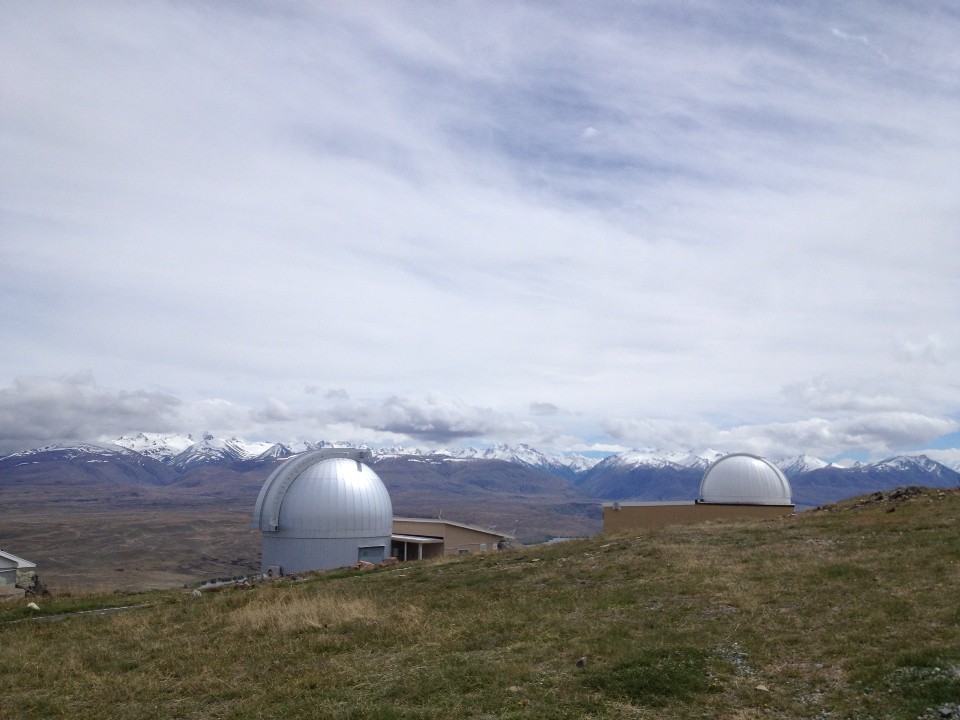 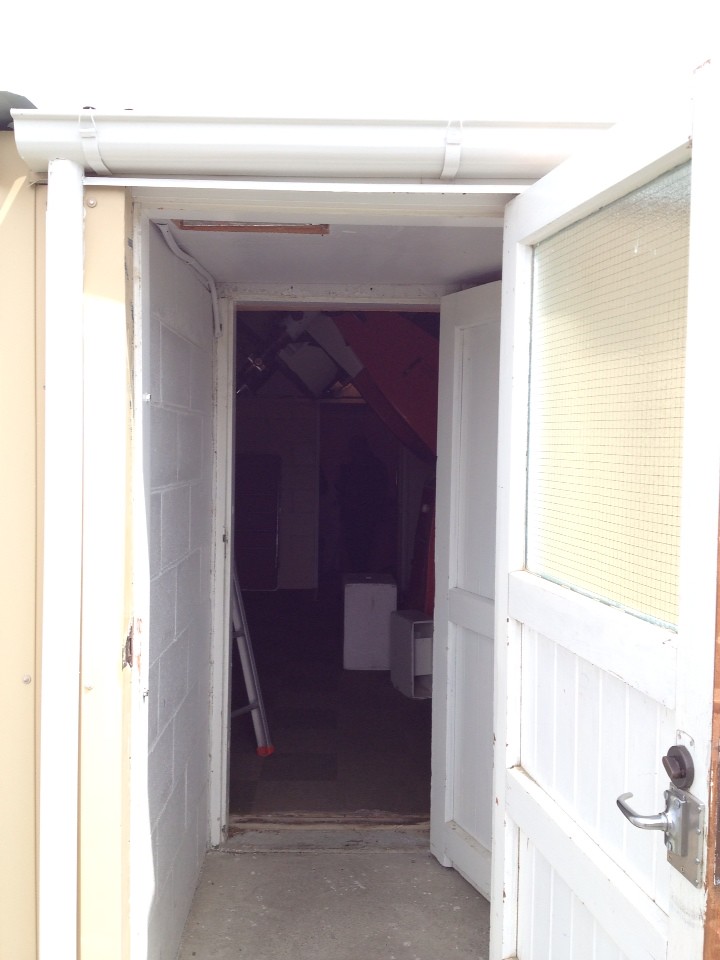 The Mt John Walkway is a 3 hour loop track up to the summit of Mount John (at 1,031 meters elevation with an elevation gain of 311 meters in the first 2 km) and then down and around the mountain via a track that runs alongside the shores of Lake Tekapo.
The Mt John Walkway offers 360 degrees scenic views of Lake Tekapo, the Southern Alps, the Mackenzie Basin flats and beyond.

However, you do not have to walk up Mt John if the only thing you want to do is enjoy the views.
In the latter case, you can just drive up to the Mt John Observatory (accessible via the Godley Peaks Road) and take a more relaxing approach to enjoying the scenery surrounding Lake Tekapo.

Mount John University Observatory (MJUO), is New Zealand’s premier astronomical research observatory. It is situated at 1,029 metres (3,376 ft) ASL atop Mount John at the northern end of the Mackenzie Basin in the South Island, and was established in 1965. There are many telescopes on site including: one 0.4m, two 0.6m, one 1.0m, and a new 1.8m ‘MOA Telescope’ The nearest population center is the resort town Lake Tekapo (pop. <500). Approximately 20% of nights at MJUO are photometric, with a larger number available for spectroscopic work and direct imaging photometry. MJUO is operated by the University of Canterbury, and is the home of HERCULES (High Efficiency and Resolution Canterbury University Large Echelle Spectrograph), and the observational wing of the Japanese/New Zealand MOA collaboration (Microlensing Observations in Astrophysics) led by Professor Yasushi Muraki of Nagoya University. A Japanese funded, 1.8 meter telescope is now in place and will be used initially by the MOA Project, before handover to the University of Canterbury at the conclusion of the MOA Project in 2012. In June 2012 an area of 430,000 hectares (1,700 sq mi) around the observatory was declared as the Aoraki Mackenzie International Dark Sky Reserve by the International Dark-Sky Association, one of only four such reserves around the world. The area has a Bortle Scale of 2. There are 5 large telescopes on the mountain that are in regular use. There is also a cafe and night-tours run by tourist operators, Earth and Sky. There is accommodation for visiting researchers within the 1.0m building. A Superintendent lives on the mountain. MOA Telescope Opened in 2004 December, this telescope was built by Japanese astronomers and is dedicated to the MOA project. It is a 1.8m prime focus reflector. The MOA telescope is the largest telescope in New Zealand. McLellan Telescope This is a 1.0m Dall-Kirkham reflecting telescope run at either f/7.7 or f/13.5. Photometric imaging is by CCD camera and spectroscopy is by fibre-optic cable to the HERCULES spectrograph. Boller & Chivens Telescope This is a 0.61m reflecting telescope run at either f/13.5 or occasionally f/6.25. Photometry is usually carried out using an Apogee Alta CCD camera. Optical Craftsmen Telescope This is a 0.61m fork mounted reflecting telescope operating at f/16. This telescope is used exclusively for CCD photometry. It is currently being upgraded and commissioned for robotic use as part of the AAVSO's Robotic Telescope Network. This is the AAVSO's first Southern Hemisphere telescope. Earth and Sky Telescope This telescope, used exclusively for visual tourist operations is a 0.4m Meade LX200 telescope. Discoveries In June 2008 it was reported at the meeting of American Astronomical Society that using their new MOA-II telescope, the observatory discovered what is at the time the smallest planet known outside of our solar system. The planet MOA-2007-BLG-192Lb is just 3.3 times larger than Earth and is orbiting a small star, MOA-2007-BLG-192L (3000 light years from Earth). There is some possibility the planet has a thick atmosphere and a liquid ocean on its surface. On the way down, we stopped for a break close to where the sheep were grazing. Sangeet said Sat Nam and the sheep came forward. Then Sangeet decided to do some breath of fire with them, the sheep actually looked to be getting involved, I could see the sheep breathing more powerfully and in time! Sangeet closed the session, the sheep started to walk away! Amazing! Okay, my turn, I started doing Ego Eradicator, I put my arms up and the sheep ran off! http://www.flickr.com/photos/gaygoat/8181165543/ After the walk we popped into the Chinese restaurant where I picked up a vegetable delight...not the best! http://www.flickr.com/photos/gaygoat/8181310394/ http://www.flickr.com/photos/gaygoat/8181310376/ http://www.flickr.com/photos/gaygoat/8181274209/ Back at the hostel we got talking to Lev, a backpacker from Canada.....friendly chap and boy he can talk! http://www.flickr.com/photos/gaygoat/8184632648/ In the evening Sangeet had toast with humus and onion, also jam. I had soup toast and cheese. http://www.flickr.com/photos/gaygoat/8184632464/ http://www.flickr.com/photos/gaygoat/8184593763/ Later we got chatting again to Lev and to a girl called Robin from Hastings, UK. It was a varied chat from politics to travel. Robin had travelled in India for 6 weeks. She said a highlight for her was Harimandir Sahib (The Golden Temple), she travelled to Amritsar especially to see it as friends had told her the experience was not to be missed. It is always amazing to hear how those who are not from a Sikh background also feel the powerful and peaceful energy of this sacred place. As this hostel does not have a television in the common room, you just talk, you learn about others and make contacts. Also the beauty of talking to other travellers is that, you come to realise that your mindset is the same and you soon learn you have so much in common.