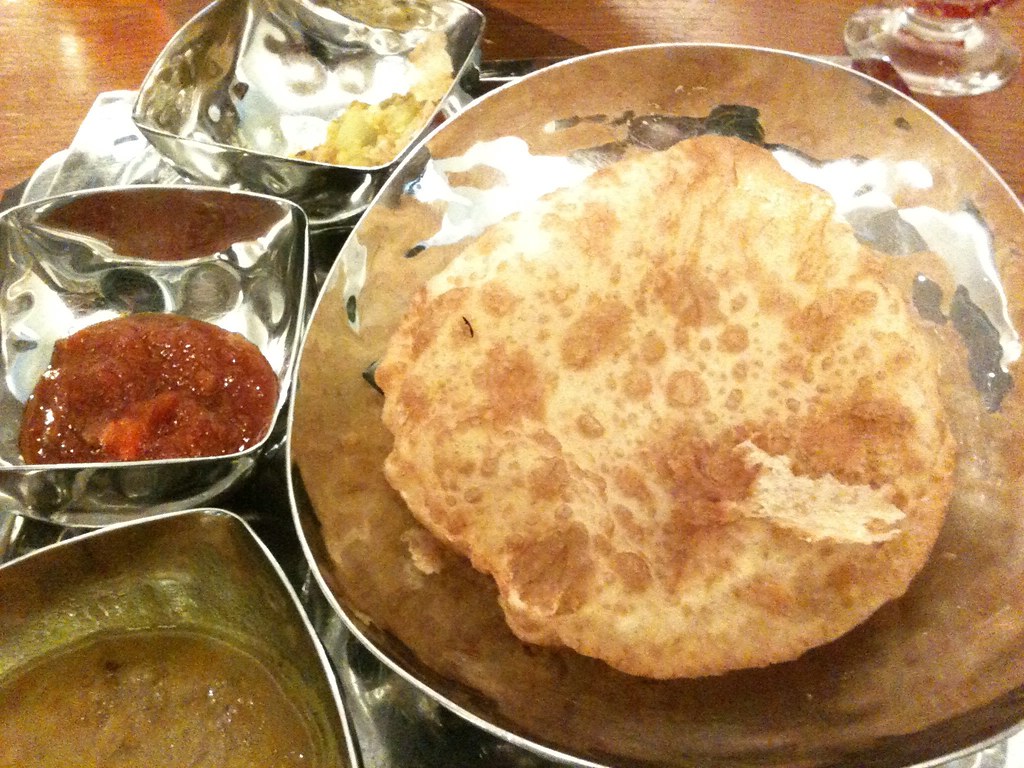 After a huge breakfast which consisted of dragon fruit, melon, pineapple and aloo puree. together with a cup of Indian tea. This will definitely keep me going all day! 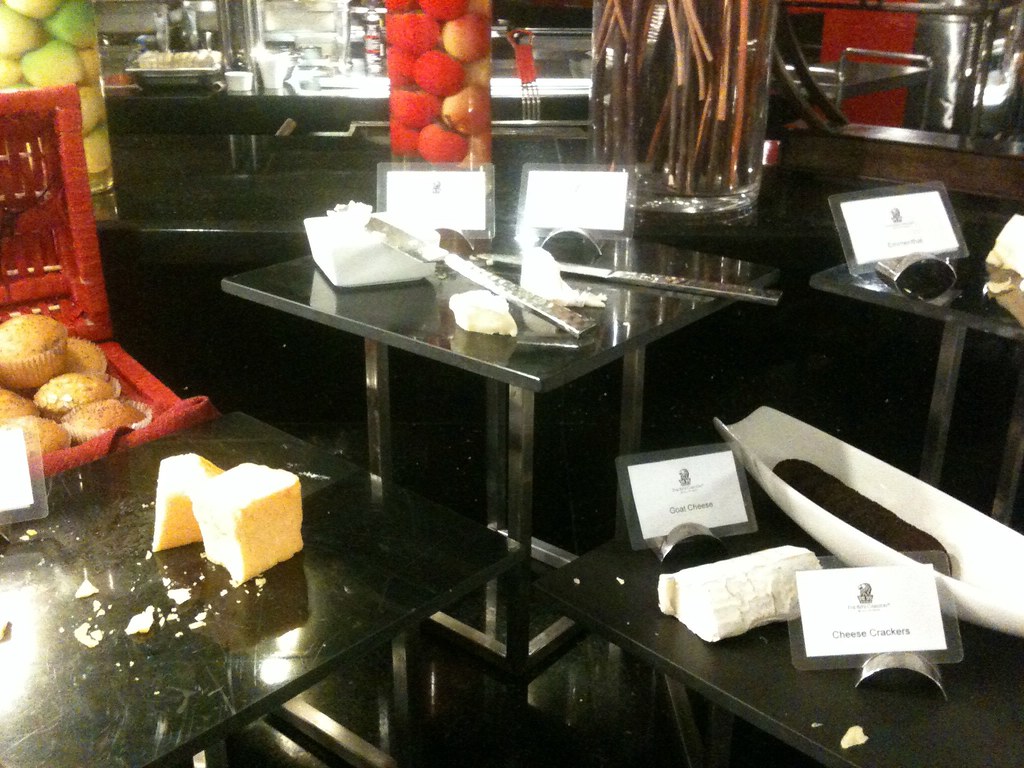 We walked to the Gurdwara. 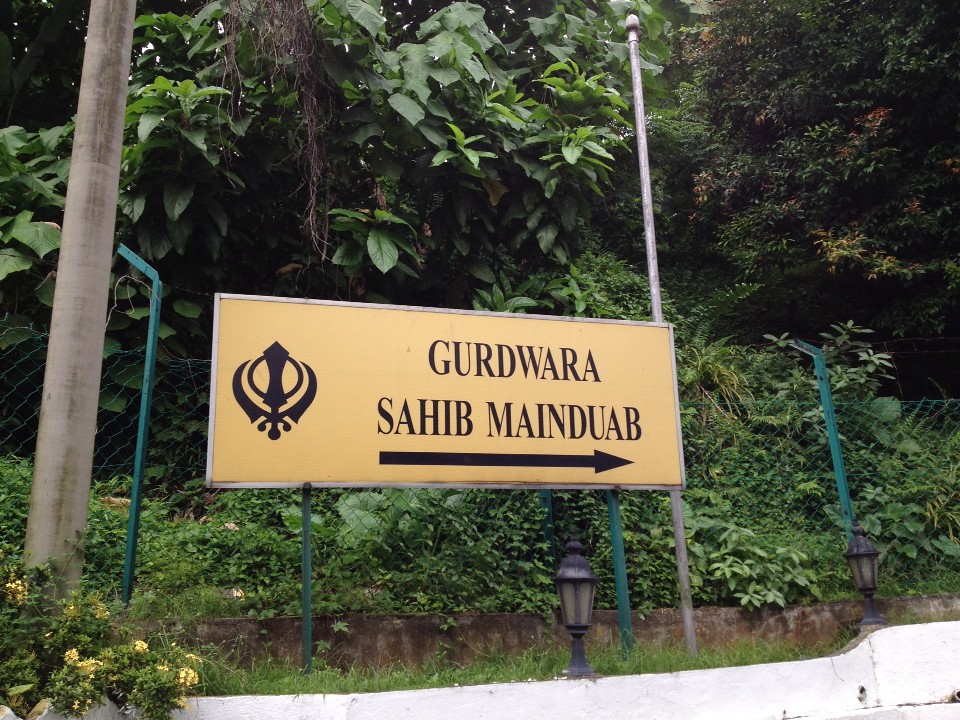 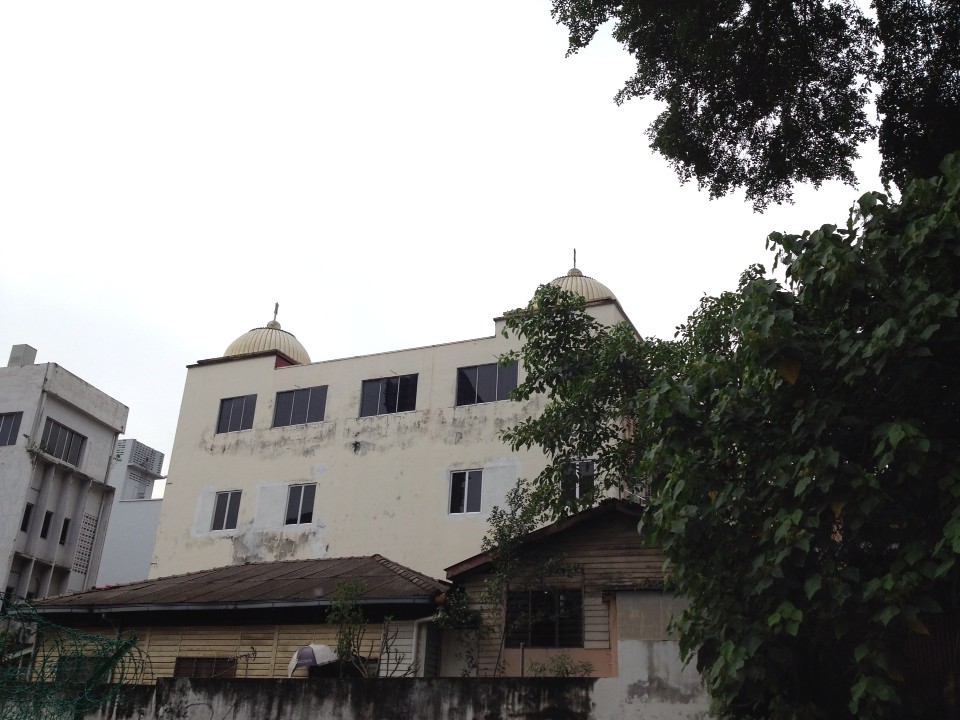 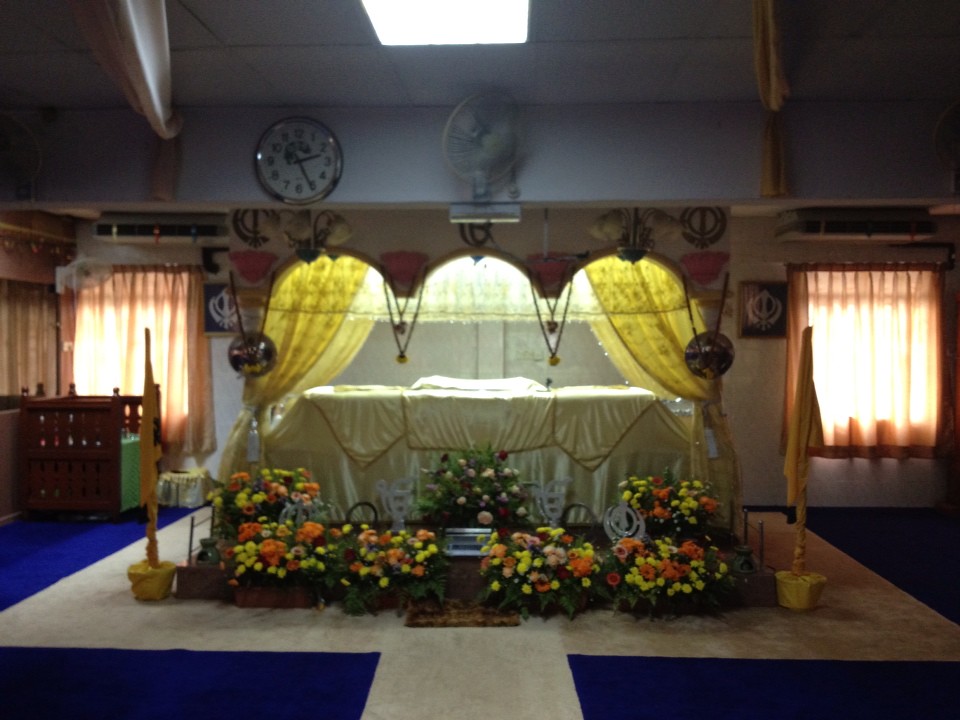 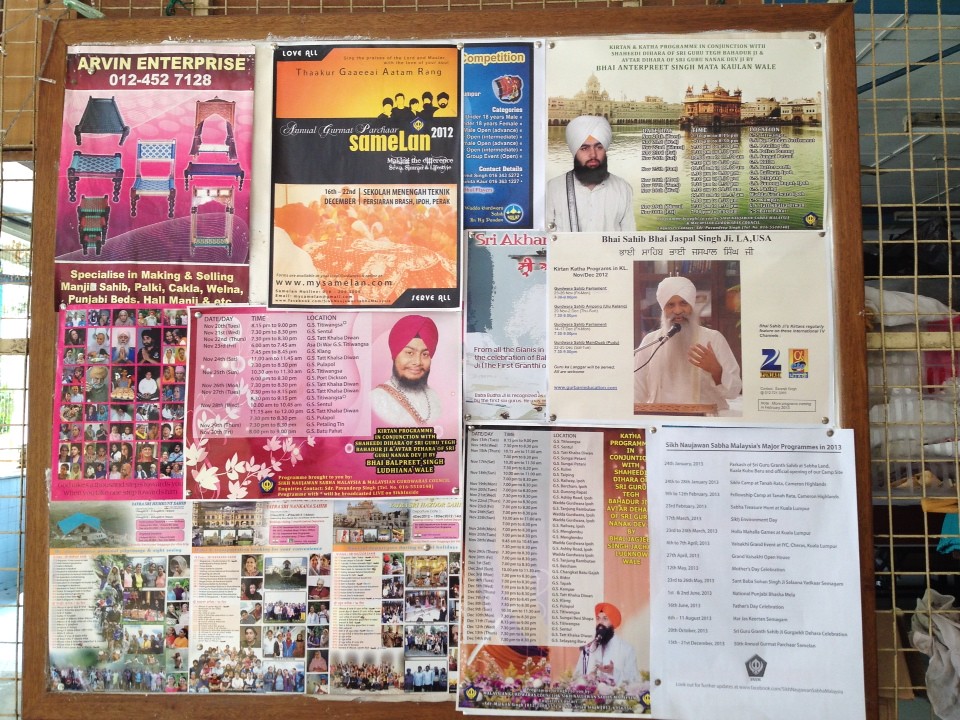 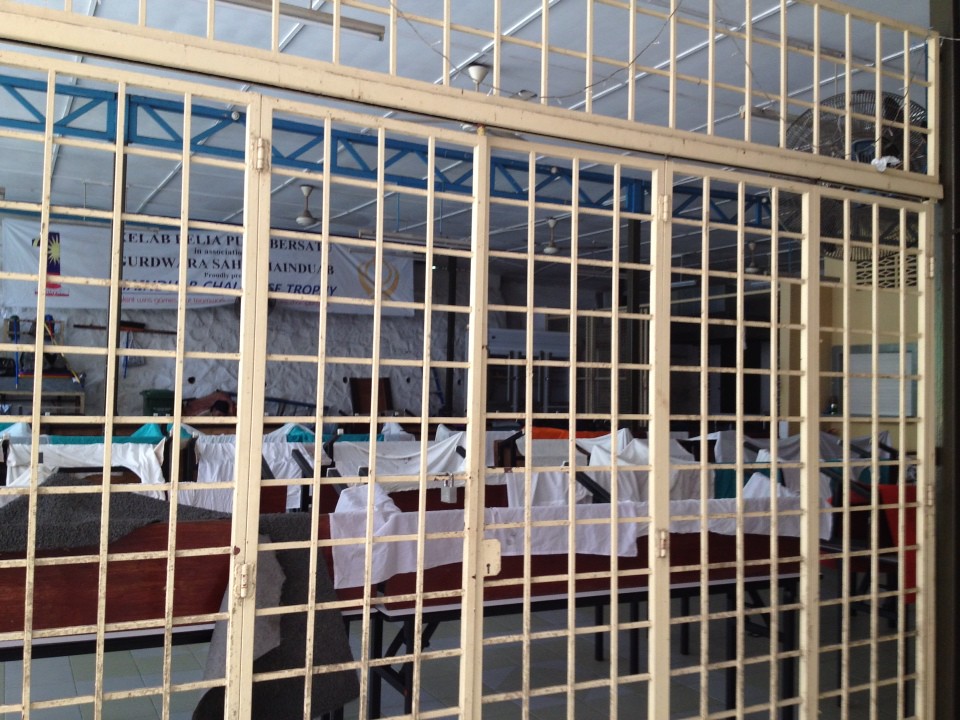 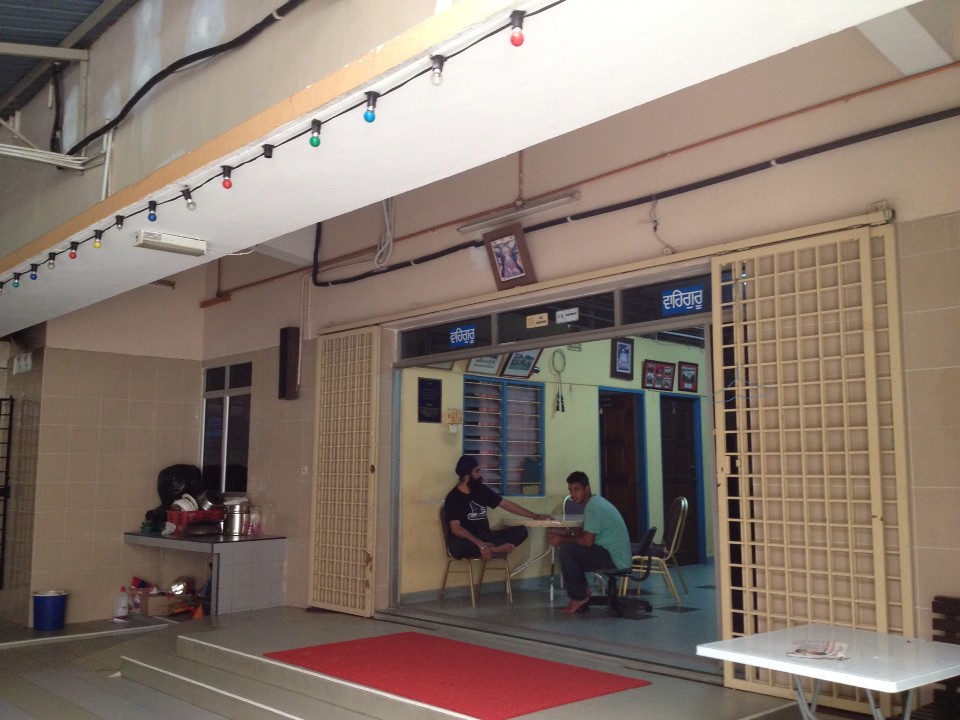 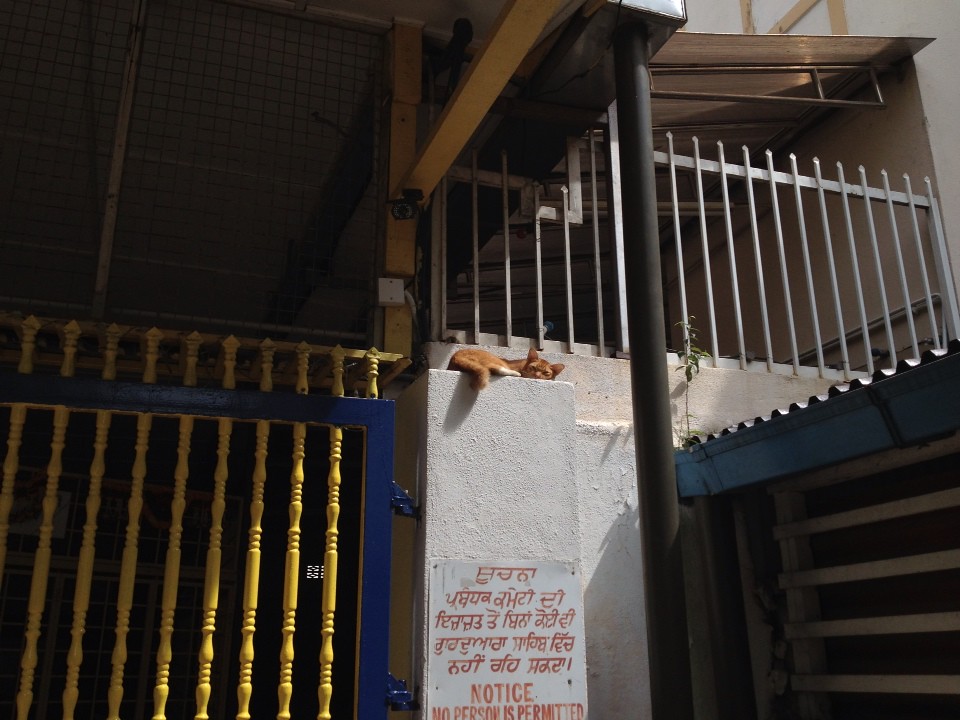 As it was a weekday there were only a handful of people.

Despite the popular belief that Sikhs were brought to the then Malaya as police and soldiers, historically it is proven that Sikhs were actually sent to Malaya as political prisoners. The first few Sikhs to set foot in Malaya were Nihal Singh (better known as Bhai Maharaj Singh) and Kharak Singh, who were thrown out of India due to anti-British involvement somewhere around 1800. These prisoners were sent to the Outram Road prison in what is now Singapore. In 1865, it is believed that the process of migration of Sikhs to Malaysia started again but this time involved recruitment in the armed forces in the British Empire mainly as police, military and guards.
There are a total of 112 gurdwaras throughout Malaysia. 42 of them are situated in the state of Perak, where the majority of Sikhs in Malaysia resides.

As I was still full from breakfast, Sangeet ordered. 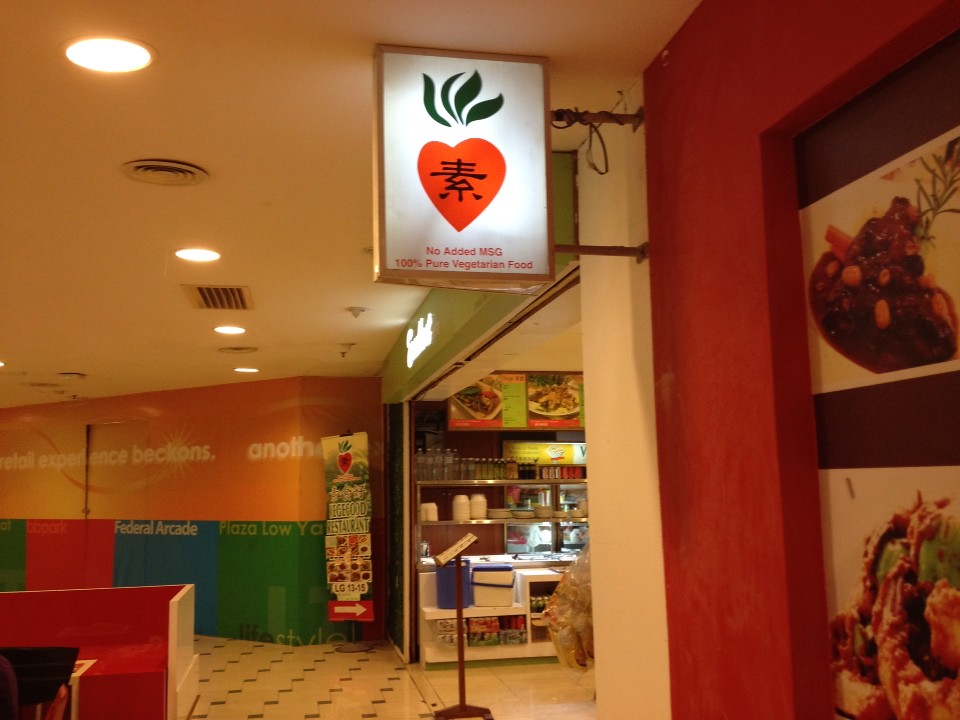 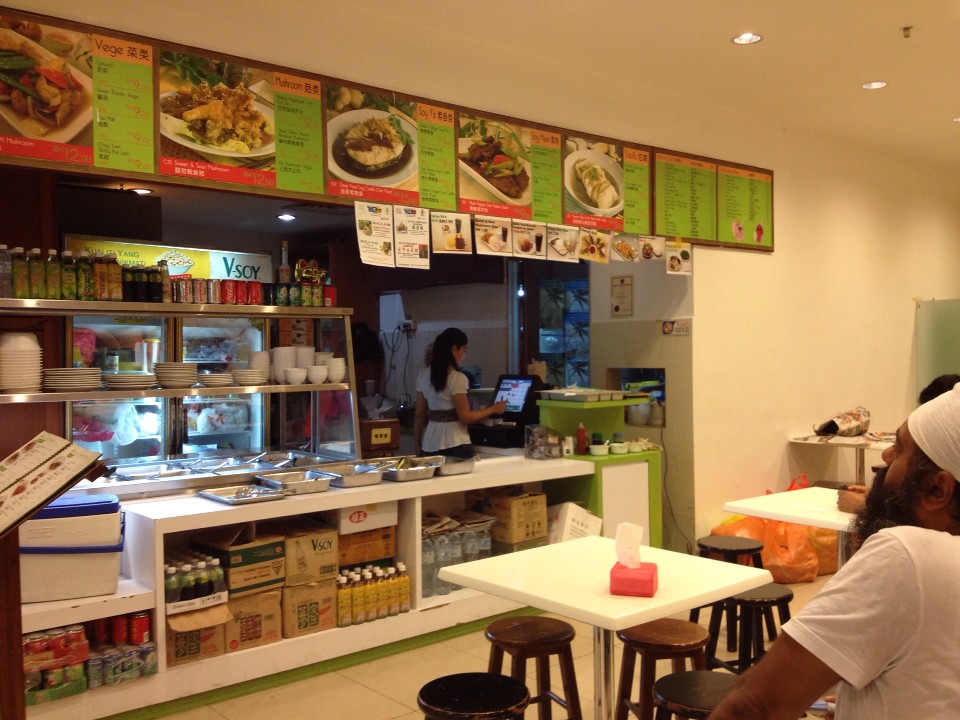 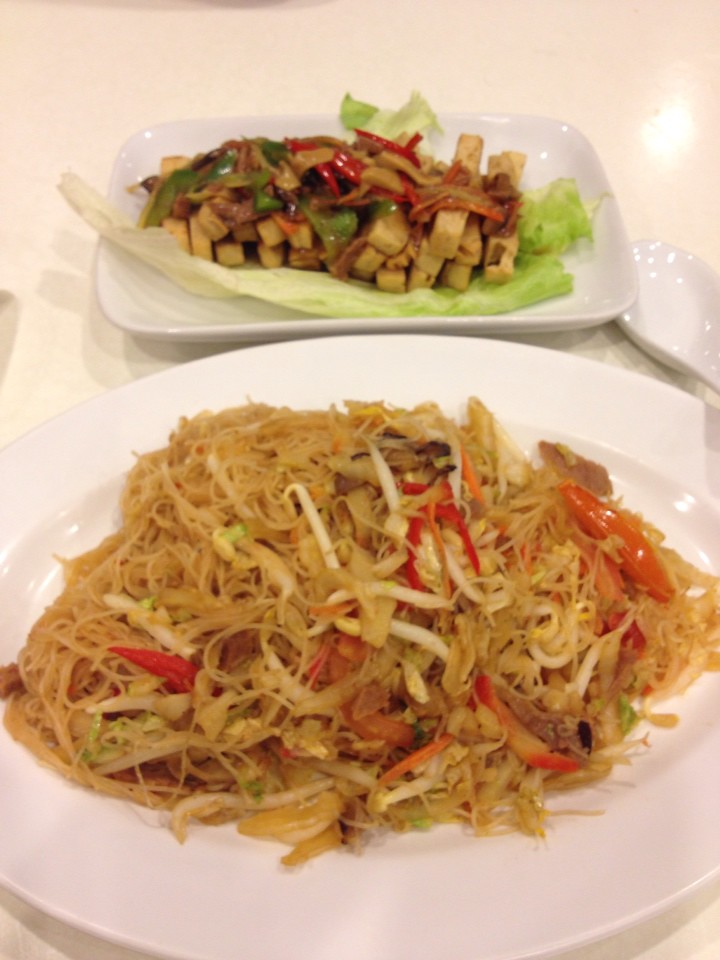 Plaza Low Yat (Simplified/Traditional Chinese: 刘蝶广场 / 劉蝶廣場; Pinyin: Liú Dié guǎng chǎng; Malay: Plaza Low Yat), or commonly referred to as PLY, is an established commercial shopping centre specializing in electronics and IT products in Malaysia. As an IT related product shopping centre, Plaza Low Yat is the most well known and most established among competitors and is to Kuala Lumpur what Sim Lim Square and Funan is to Singapore. In year 2009, Plaza Low Yat has been accorded “Malaysia’s Largest IT Lifestyle Mall” by the Malaysia Book of Records.
Located at No.7, Jalan Bintang, Off Jalan Bukit Bintang, Bukit Bintang Central, 55100 Kuala Lumpur, PLY offers a great variety of single products with its collection of inter-chained stores. This is in contrast with streamlined arrangements in other electronics malls. Therefore, PLY allows the consumer to have greater buying power and freedom in selecting the products or electronic parts they wish to purchase. Most parts that are sold here are bargainable and many stores also offer their services to assemble the parts tailor-made to the customers’ specifications.
Each floor within the complex has its own speciality specialising in laptops, mobile phones, etc. Eateries and cafes can be found at most of the floors.

IT!! Hence the big smile 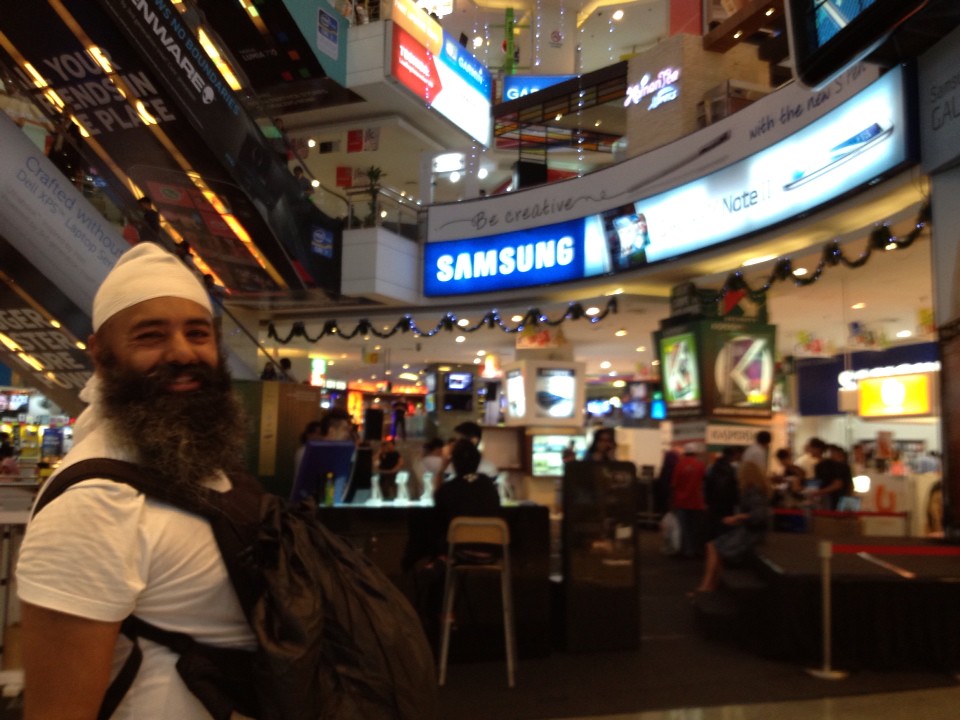 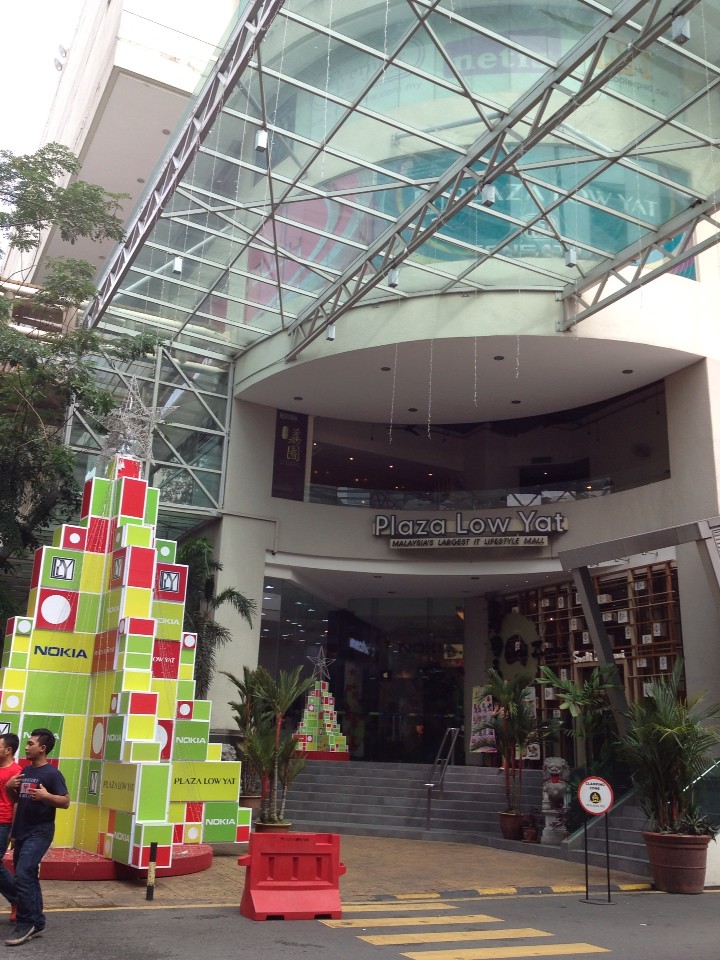 On the way to the restaurant we passed many intriguing items

Telling traffic there are road works ahead 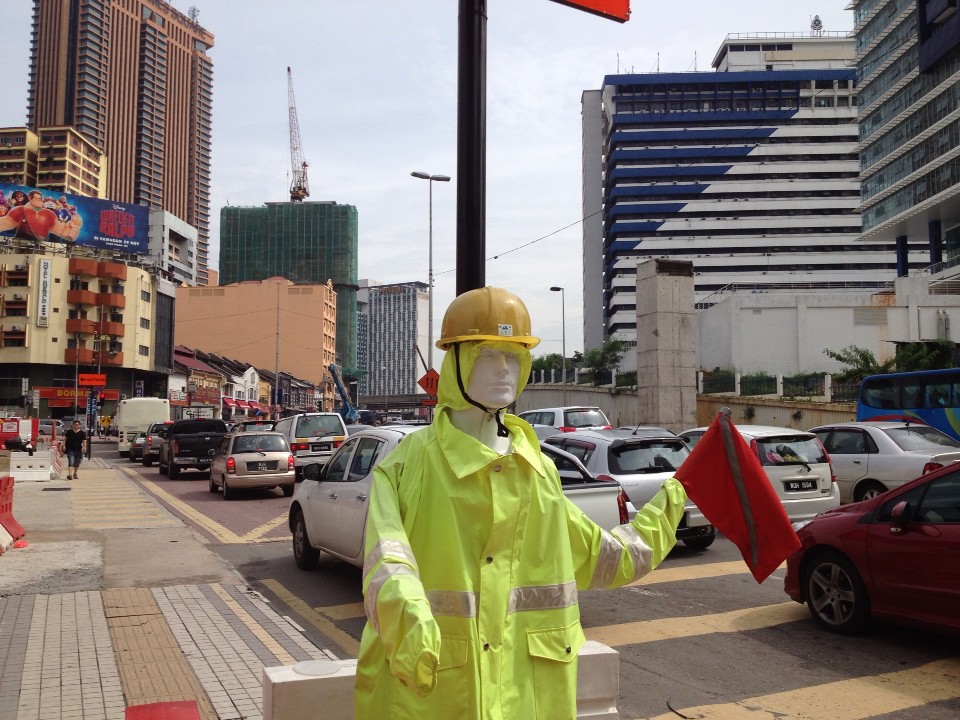 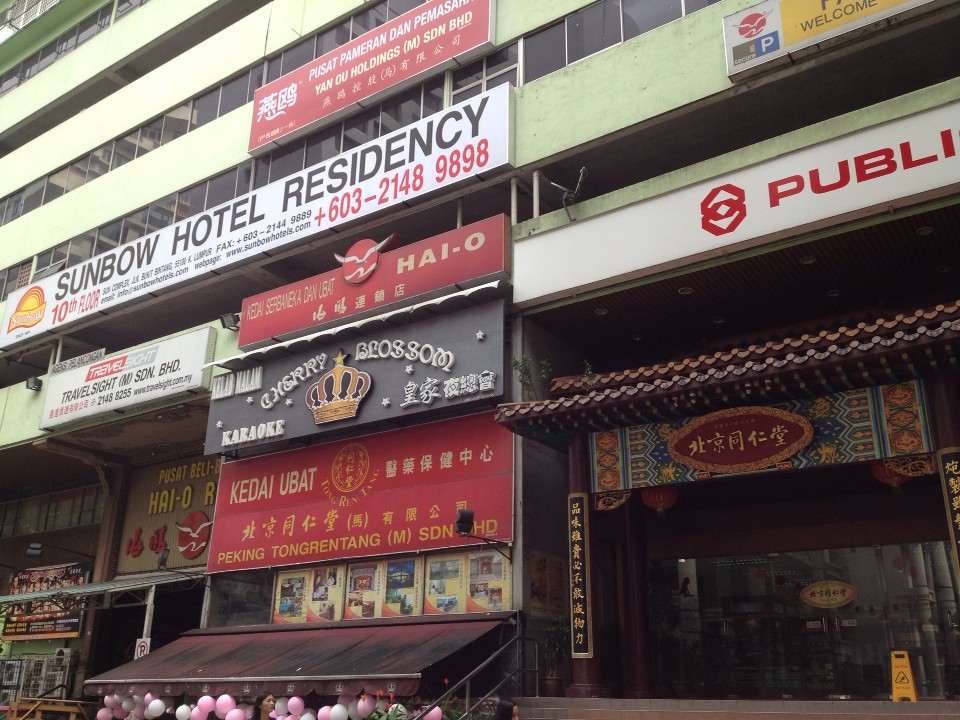 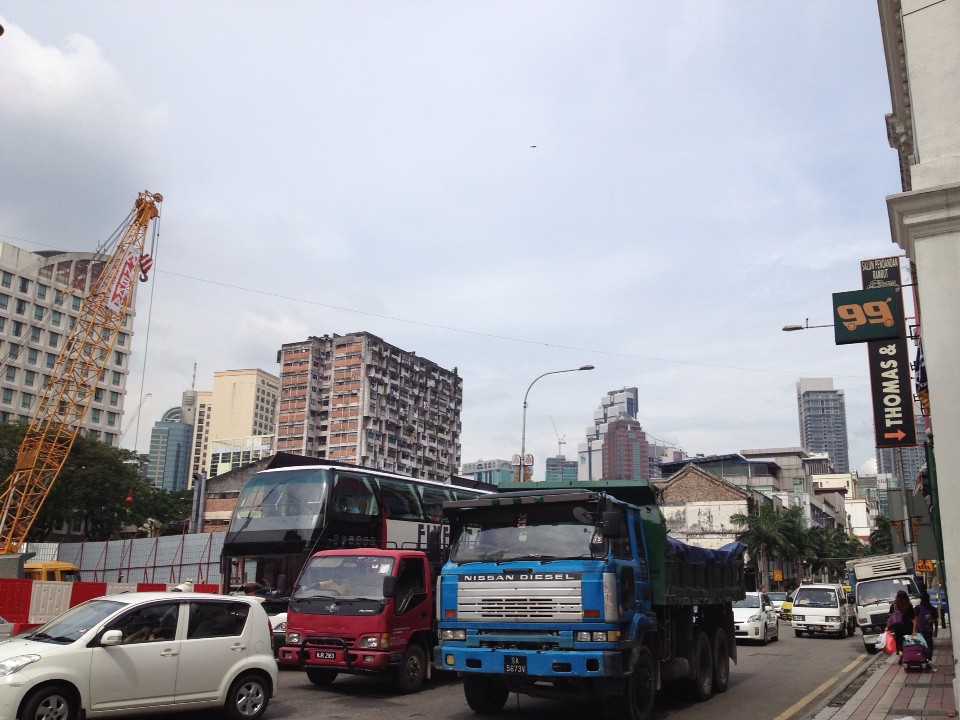 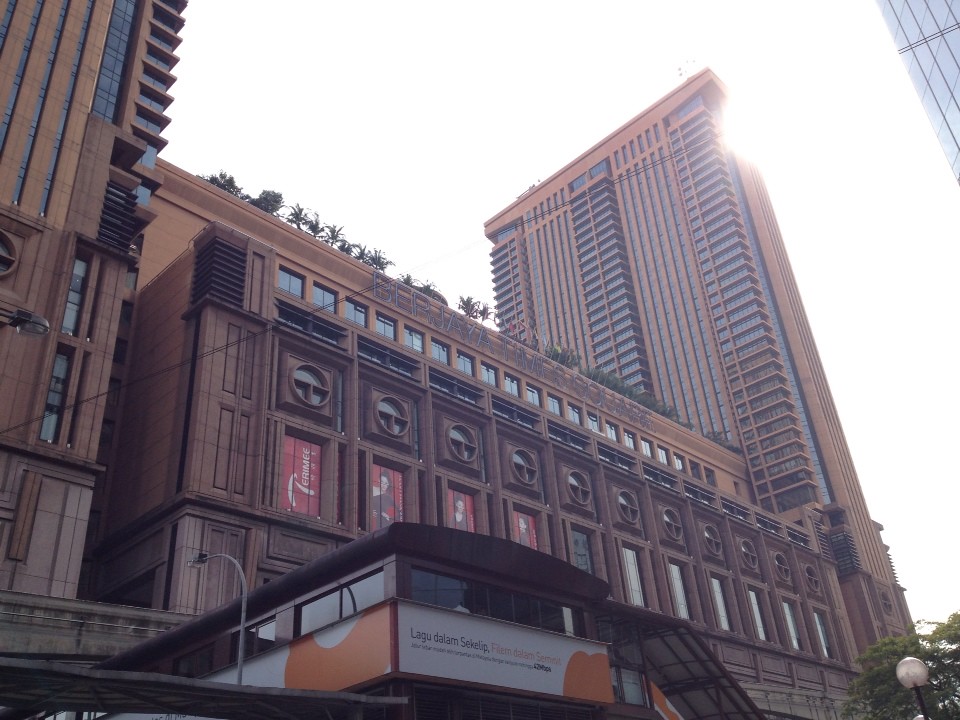 Later we walked back to the hotel for our free high tea! 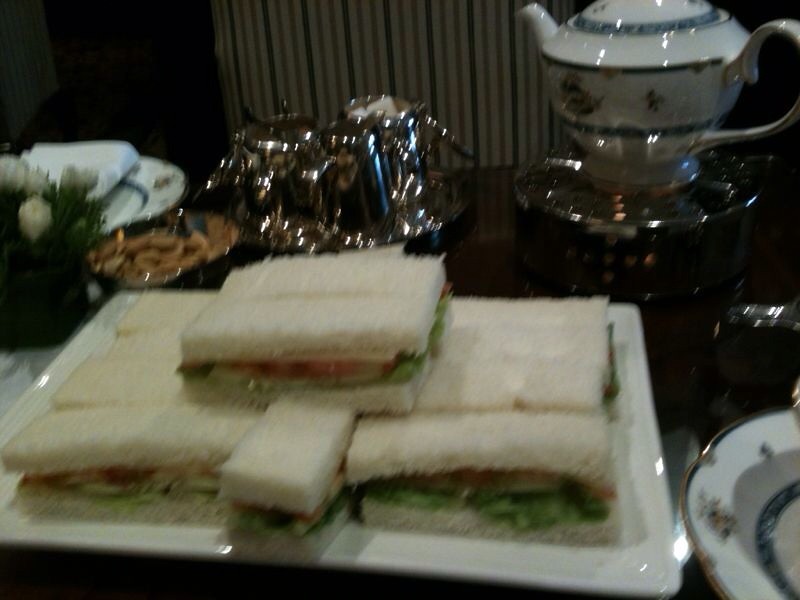 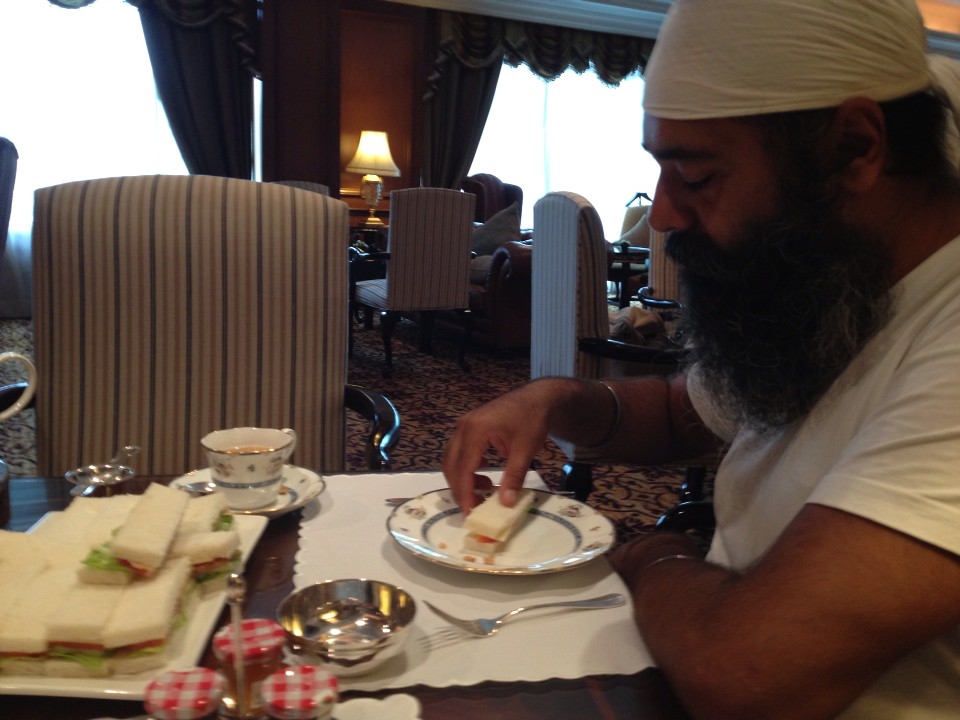 With a pot of Irish Whiskey tea….no real whiskey just a tea!

Whilst Sangeet recited her paath (prayers) I popped to Excellent Vege Re, I managed to get halfway before turning back……all I could hear was “massage sir!?” and also Sat Sri Akal come to our restaurant we do halal!!

This was getting very annoying so I turned back and went back to the hotel! Whilst I was having breakfast in the morning the waiter gave me some containers so I could pick the fruit and take it with us……we may be in a nice hotel but whilst on this trip I have learnt to horde food for later! So once I got back to the hotel I ate the fruit.