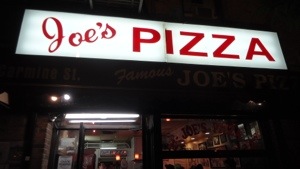 Whilst nearing the subway, Harinam mentioned he would like a pizza, so we headed to another fantastic place, Joe’s Pizza, 7 Carmine Street, New York‎ NY‎ 10014 United States. Sangeet and I were full so declined the pizza, but they did look amazing. Harinam told them who we are (in Spanish) they invited us behind the counter and people started taking picture (people who had just come into the restaurant to order a pizza!) 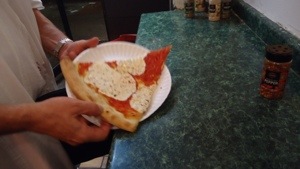 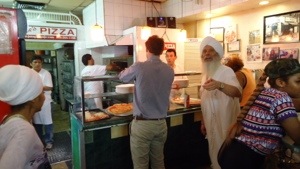 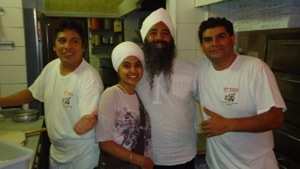 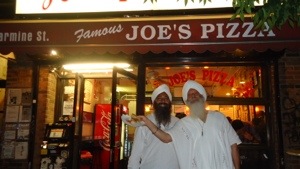 After leaving the caffe we bumped into a very friendly bunch of people selling marijuana lollipops, they asked Harinam if he would like to buy one, he kindly refused, they then asked what religion are we? Harinam explained we are Sikhs. Almost suddenly everybody wanted to take pictures of us!

They were so friendly and a fantastic bunch of guys, I wish them well in their business. 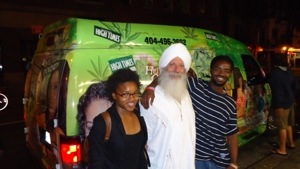 The gang!
A fantastic group of people!! 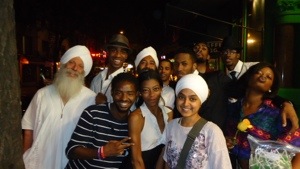 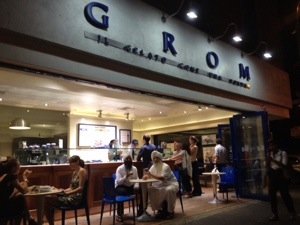 After spending time with a fantastic sangat, Harinam, Sarah, Sangeet and myself took the underground (F line) back to the hotel. Sarah got off three stop later as she lives in Brooklyn. Harinam kindly said he will show us Greenwich where we can have a coffee.

Greenwich is the most expensive area in Manhattan. It did not look like it! Harinam explained there will be exclusive pockets where the prices will be very high.