Today Sardhana was a must. Snatam Kaur was playing first, followed by Chardi Kala Jatha, who recited the Assa Di Vaar. It was sung in three stages today was the first.

Afterwards, we popped to Wholefoods in Santa Fe to pick up some groceries, Sangeet is making Aloo pronthe for dinner.

Back at Shanti phenji's house, Sangeet made aloo pronthe. Everybody enjoyed them and apparently the 'aloo pronthe party' is still being talked about!!

It was great fun for us all to share a meal together, chat and have much laughter! 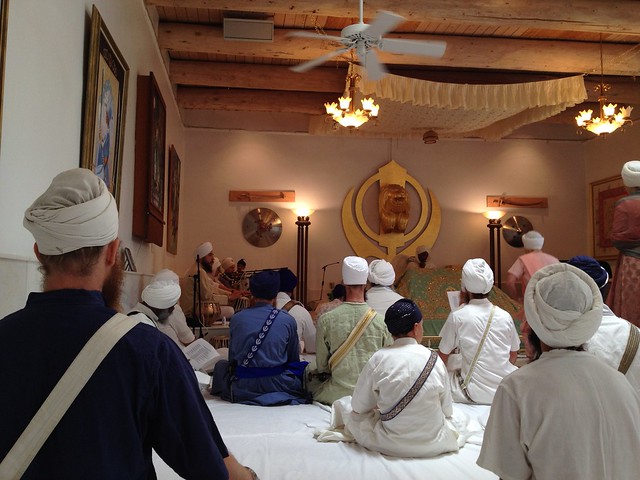 Early start, here in Espanola Sardhana starts at 3:40 am, at 4am there is a Kundalini yoga set, followed at 4:45 with chanting, the Gurdwara programme starts at 6am.

Afterwards we went back to the house where Shanti phenji had made a very tasty breakfast, it was great to see the whole family taking time out of their busy schedule to eat together. Something we should all take on board.

We then got ready and off to the Gurdwara, it so feels like we have been away on holiday and now come back home to Espanola. The sangat are amazing, so warm and friendly. After the programme where we were fortunate to hear kirtan by Chardi Kala Jatha, we had lungar. It was very nice talking to the sangat, they all came over said Fateh and gave us big hugs.

The children always participate in the programmes 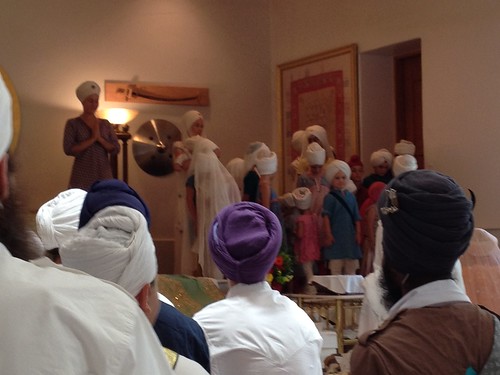 For the evening we had planned to go to the cinema with Harijot Singh, to watch superman. Others were mentioning about a drum party. Which also sounded like fun.

As we had a few hours spare we drove to Tesuque village, an upmarket area outside Santa Fe. The houses are all adobe and looked huge.

Sangeet had been finding the desert heat during the day very intense so decided to take it easy at Shanti phenji's house. I met Harijot Singh at the Gurdwara. They were celebrating the birthday of Pritpal Singh. Harijot also mentioned the drum party, we agreed that we can go to the cinema any day. At the drum party we met Gurjot Singh and his wife, it was great to see them.

Later that night I dropped Gurjot and his wife home and Harijot at the Gurdwara. It was great catching up with everybody. 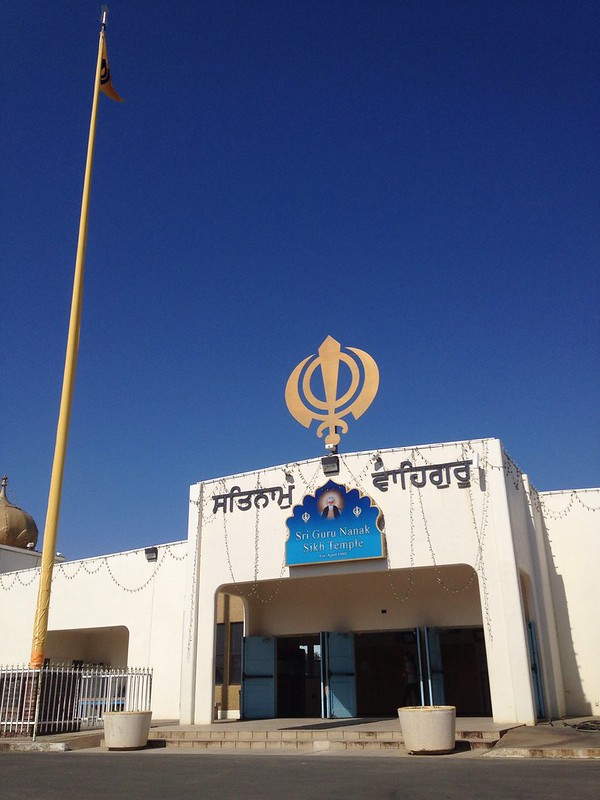 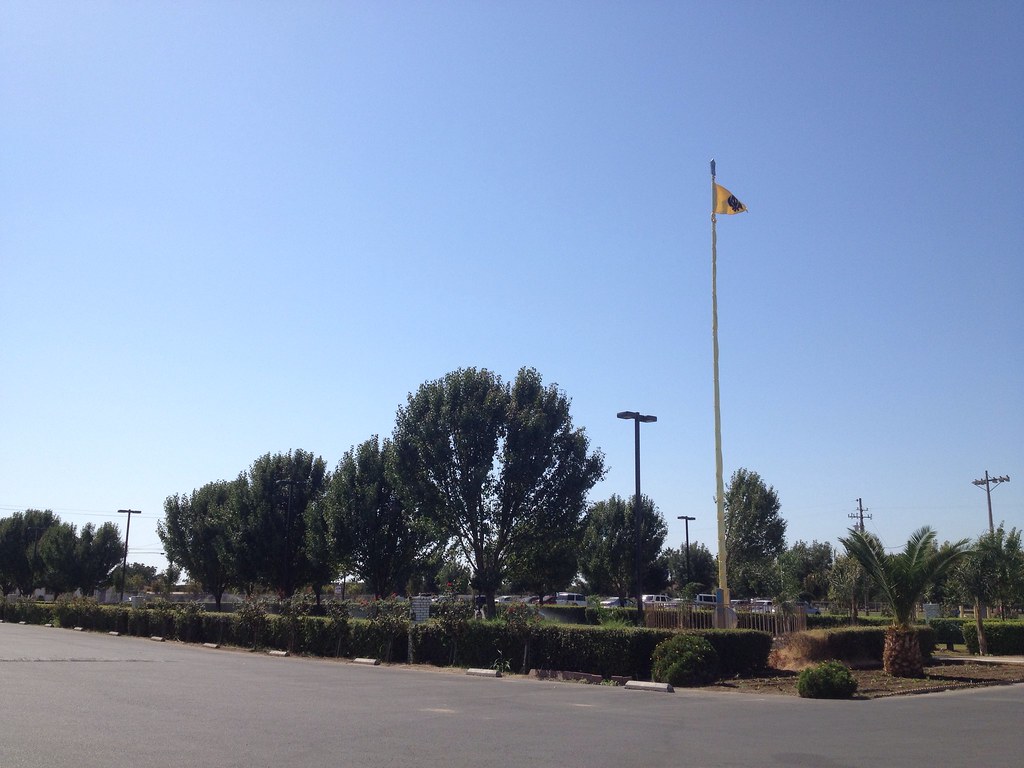 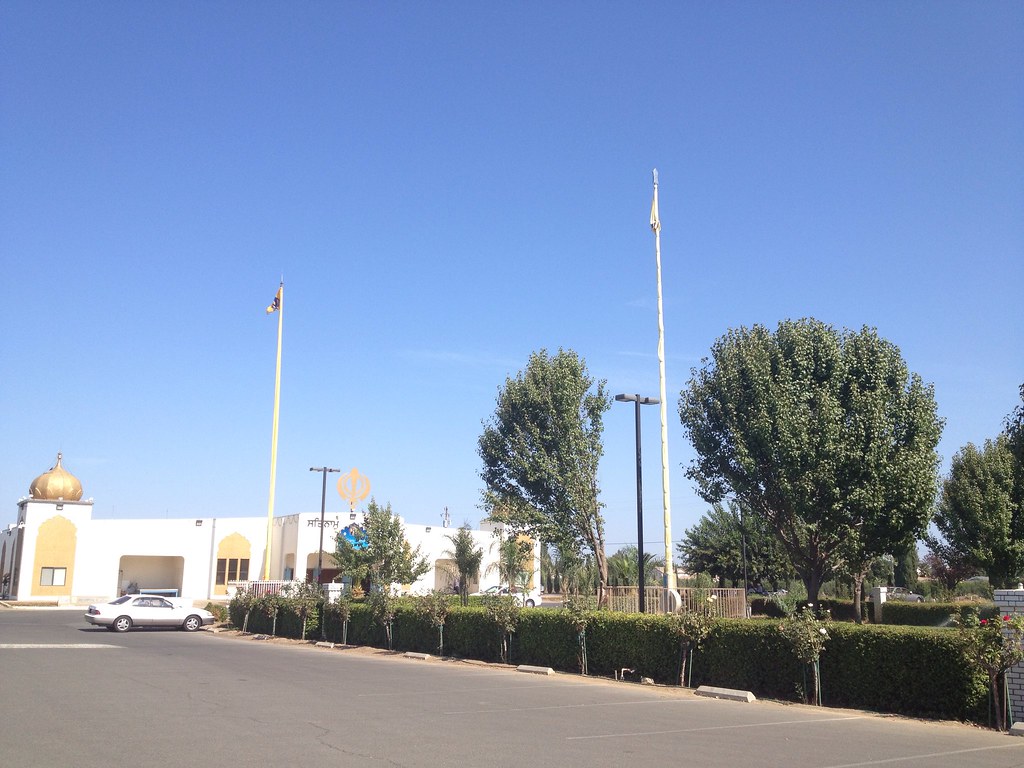 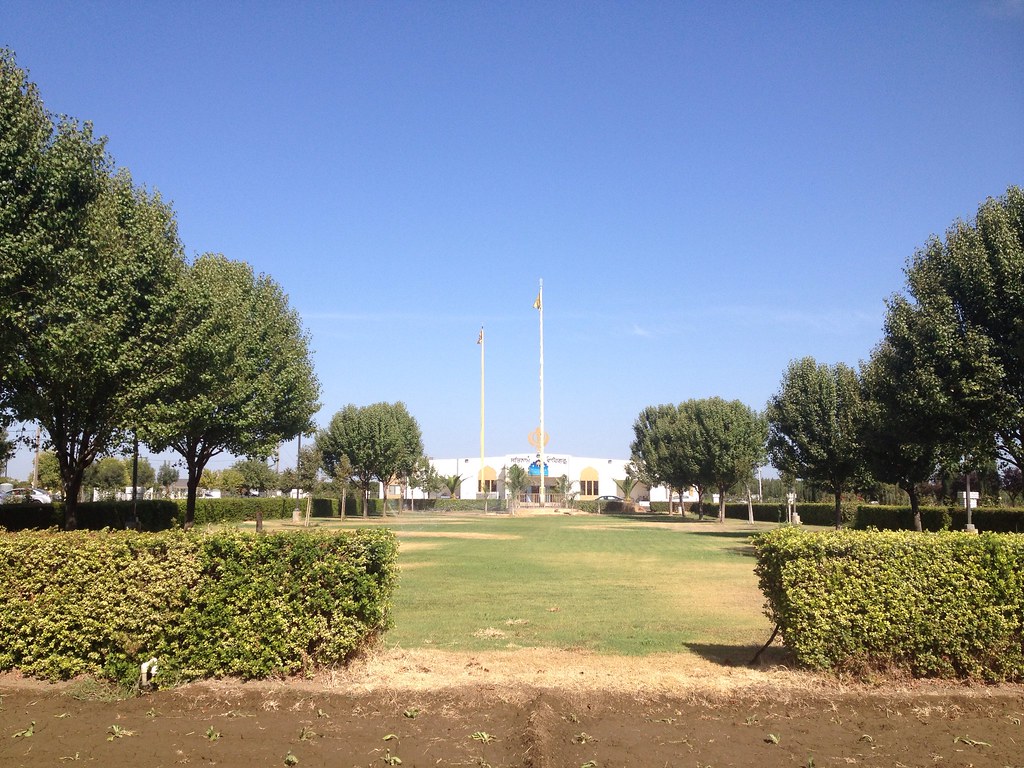 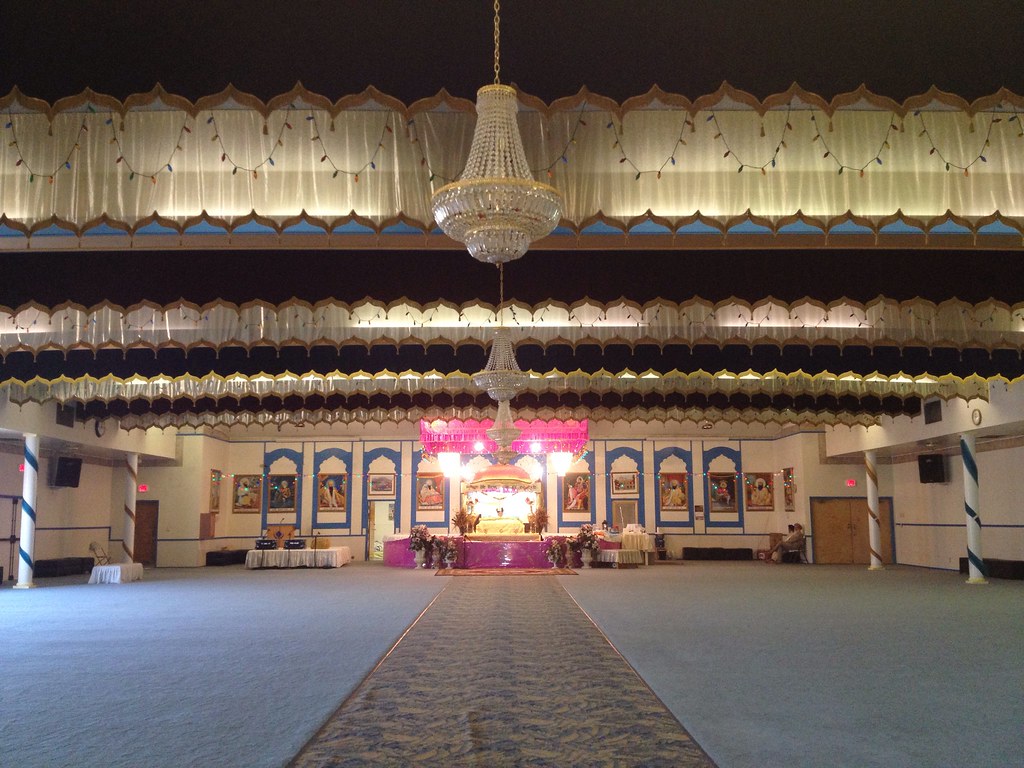 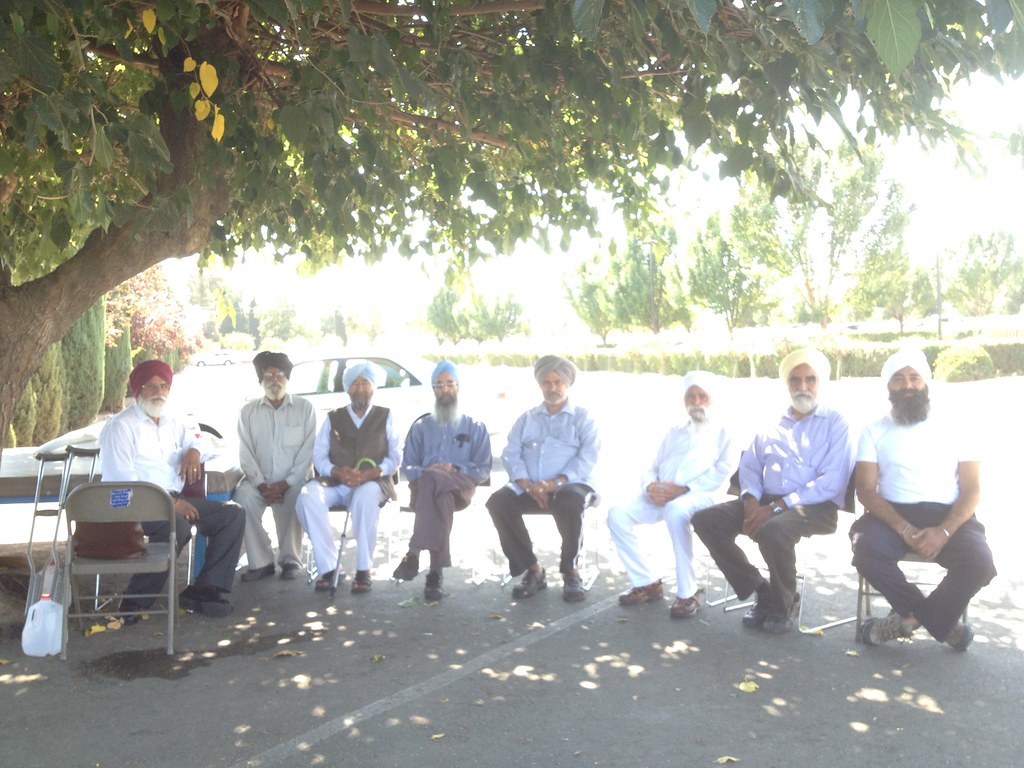 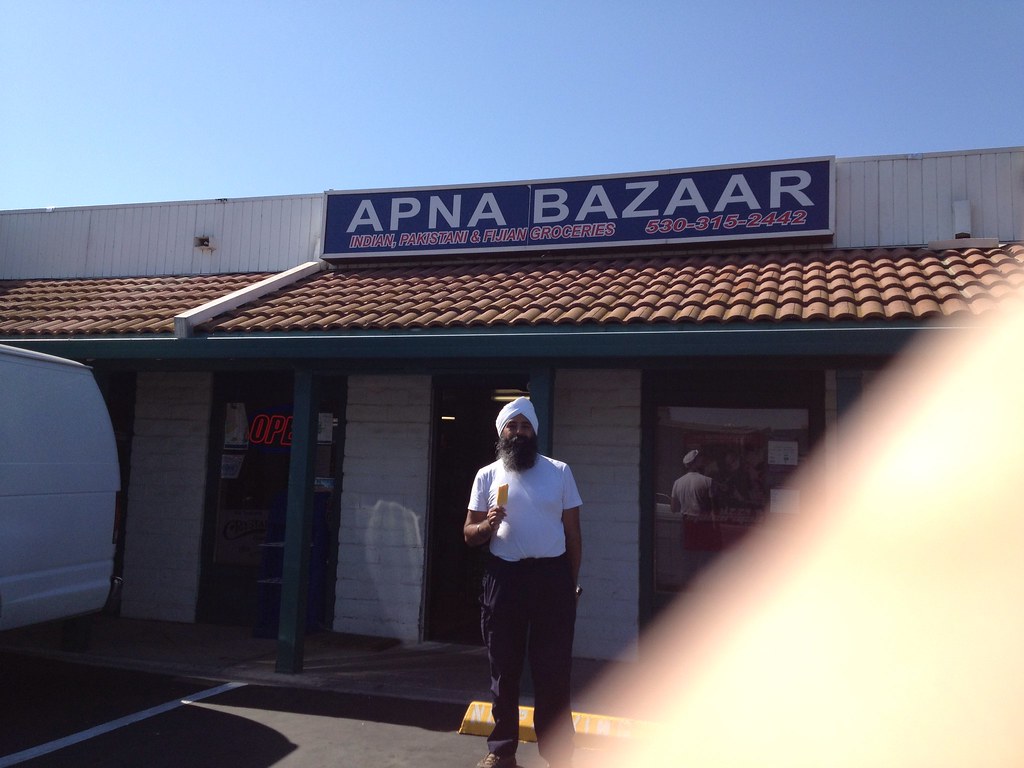