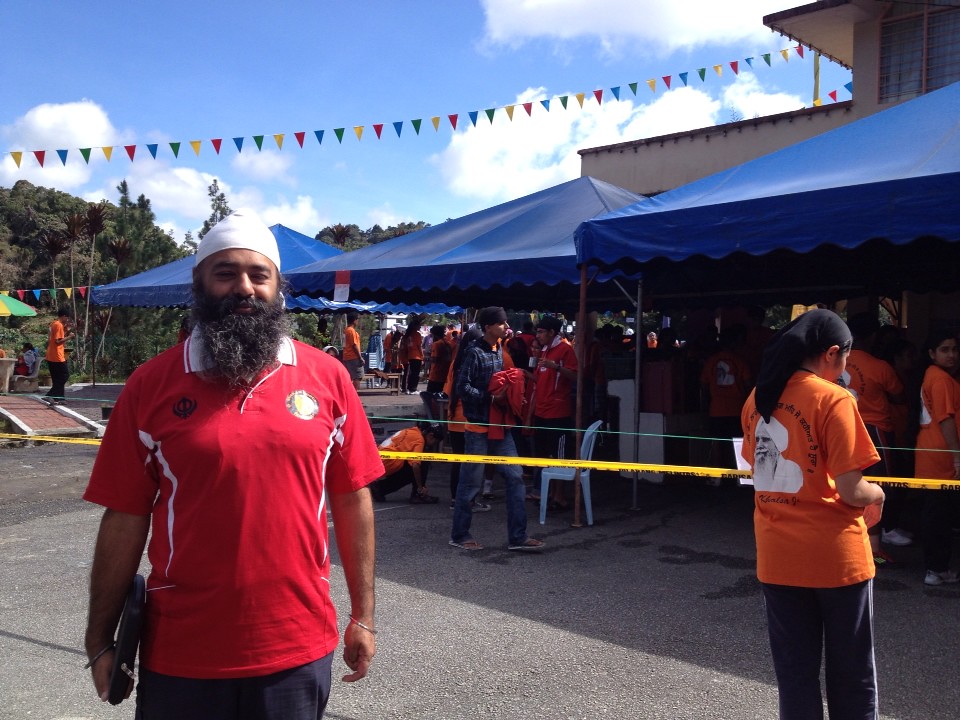 Today is the amazing race. The children have to visit various posts around the town solving problems and hopefully having fun on the way. Sangeet was with the Bhai Mati Das Ji team. I was with three other guys looking after two stations the first where the children had to answer Sikhi related questions. The second was where the children had to take photos of the group from various distances 21 feet, 14 feet and 7 feet. So the children would stand only in one area as the camera angle was decreasing they had to use their imagination to get in the picture.

Got the T-shirt now part of the team! 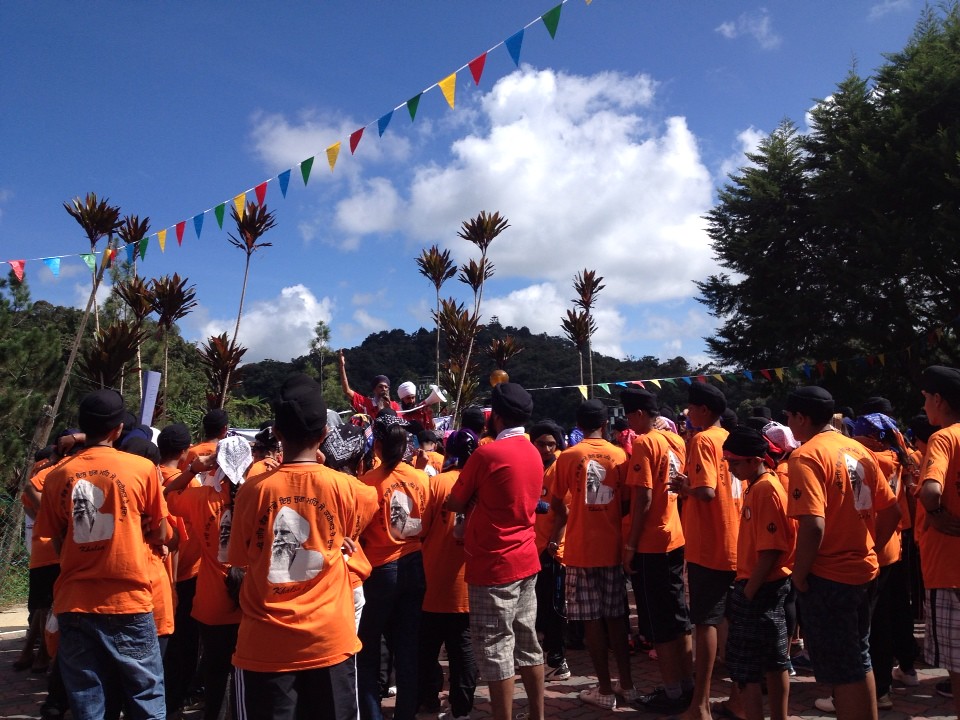 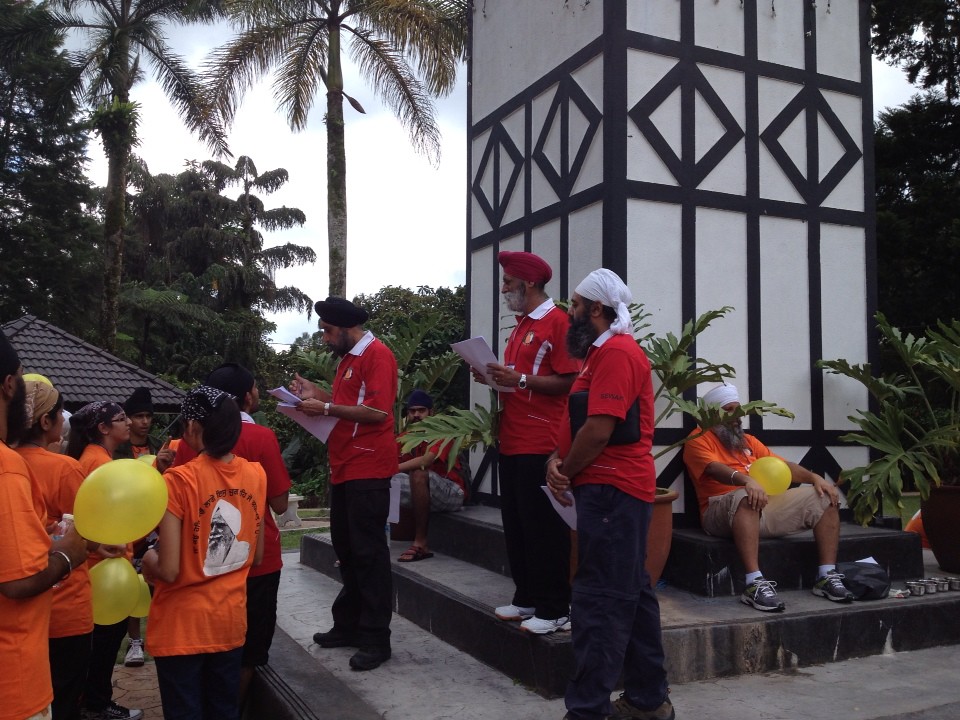 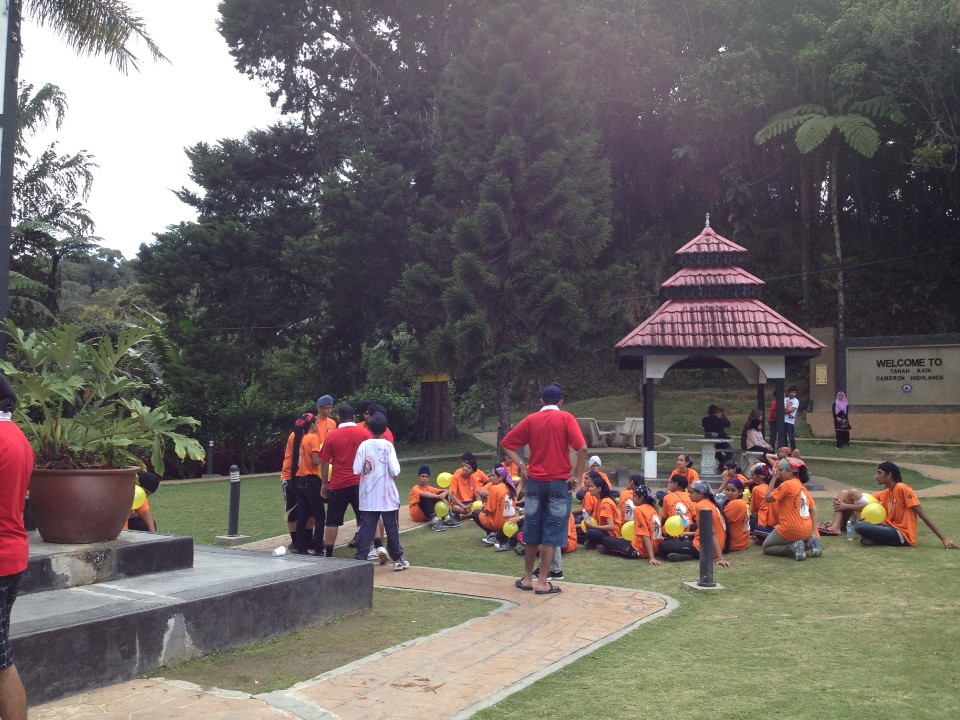 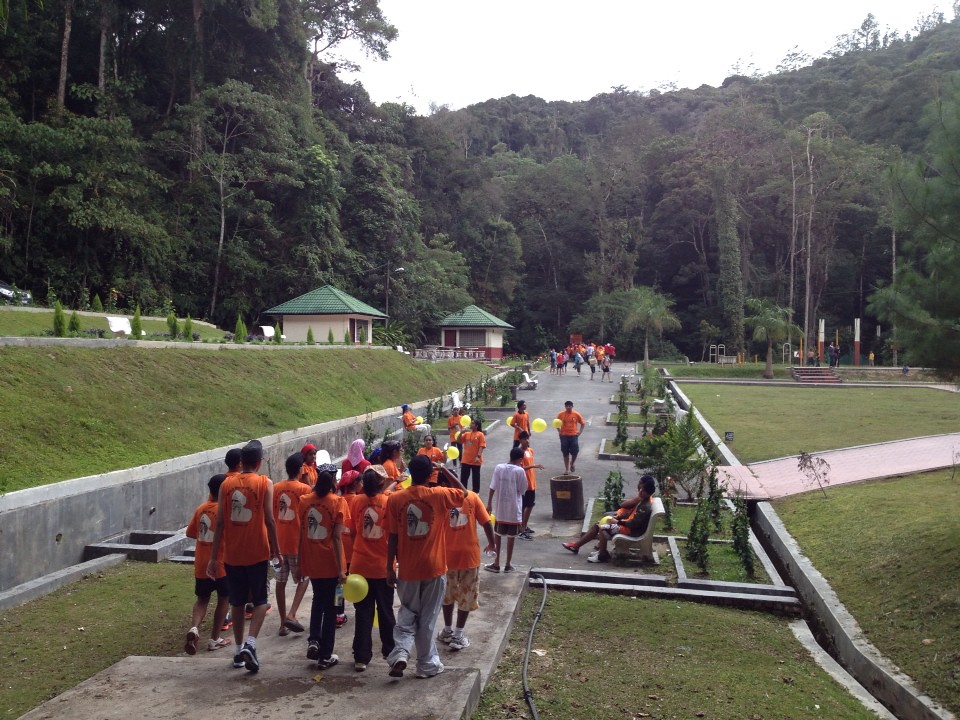 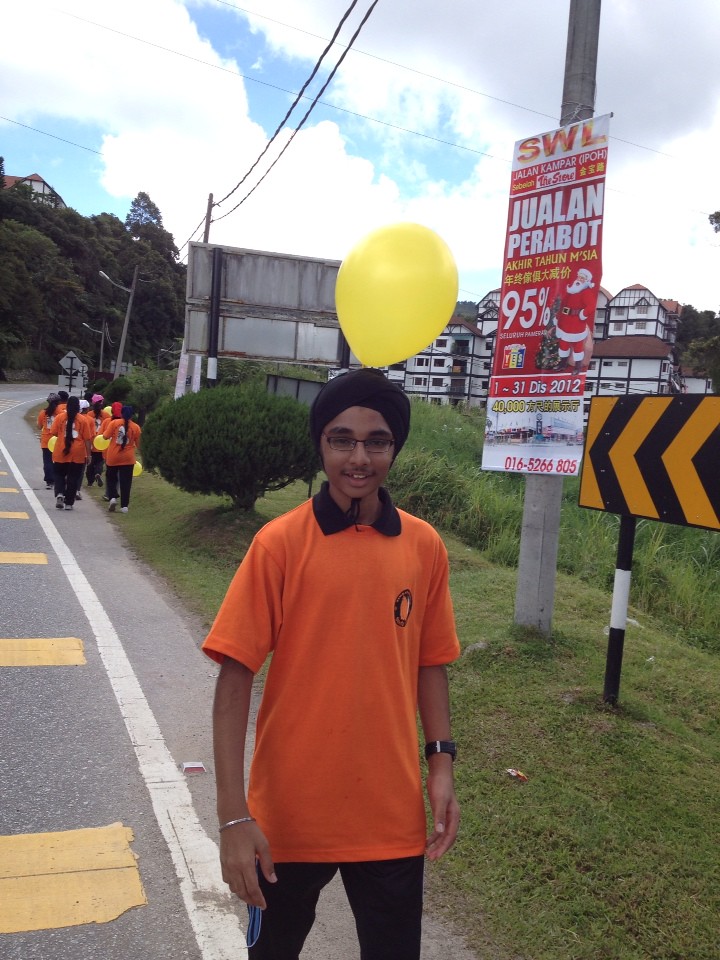 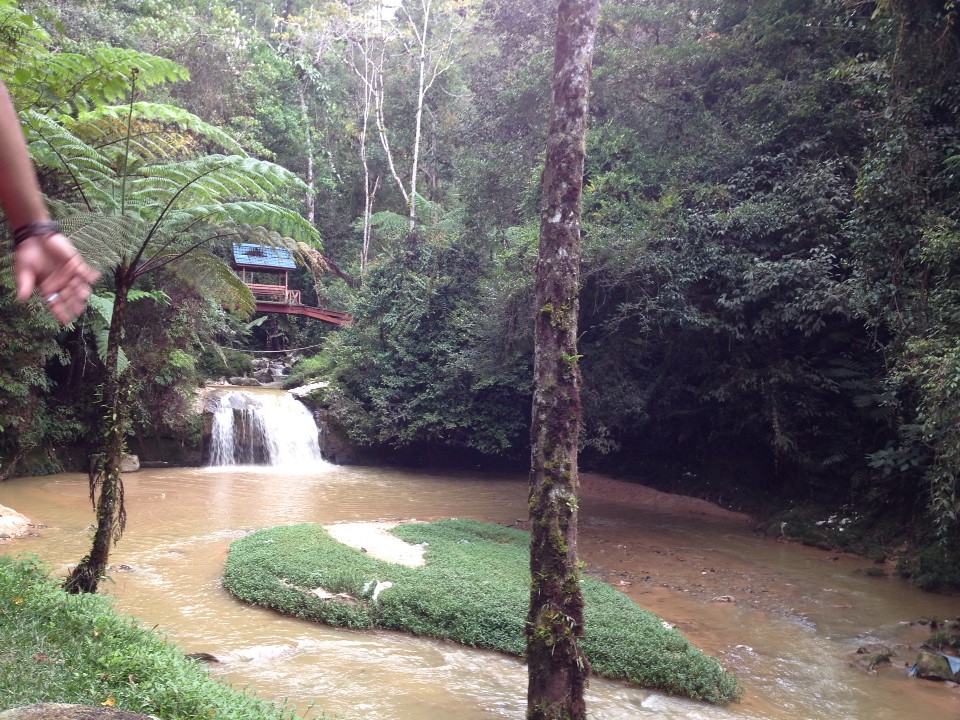 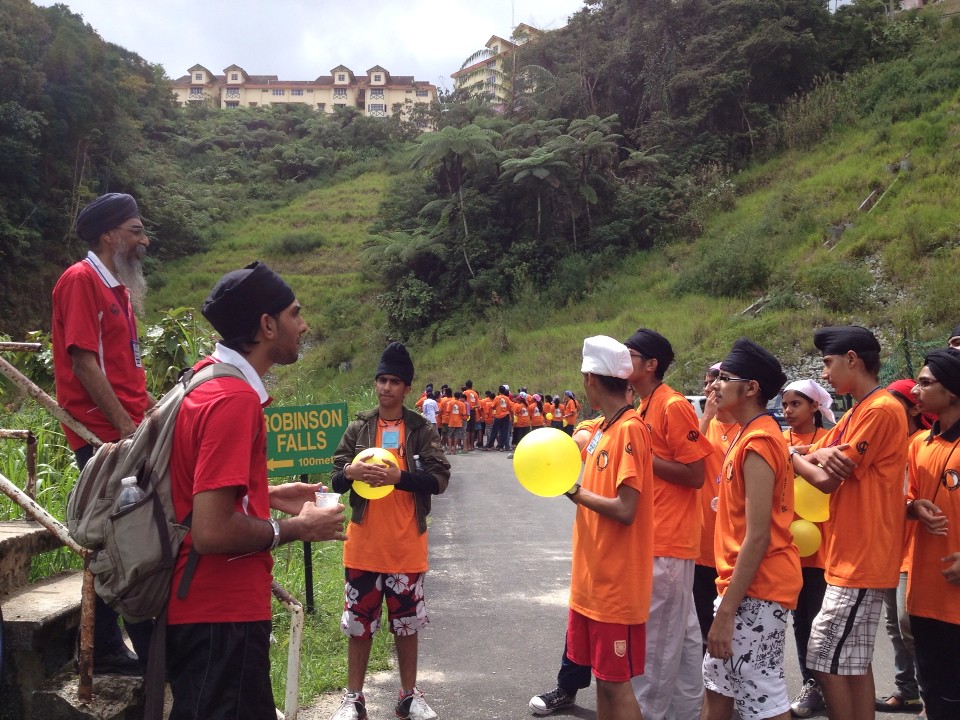 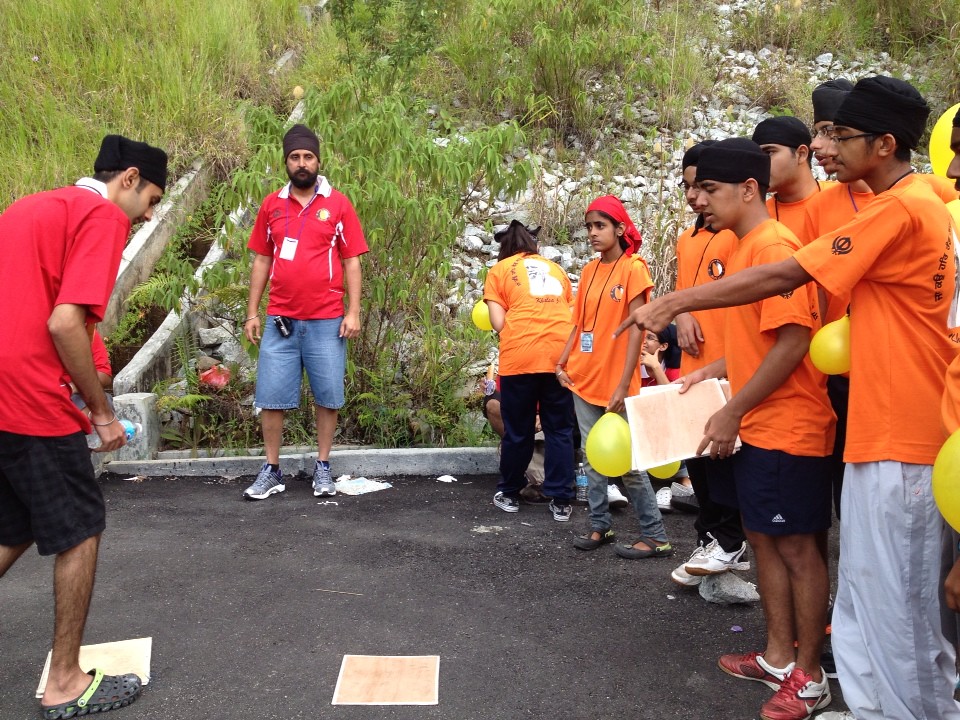 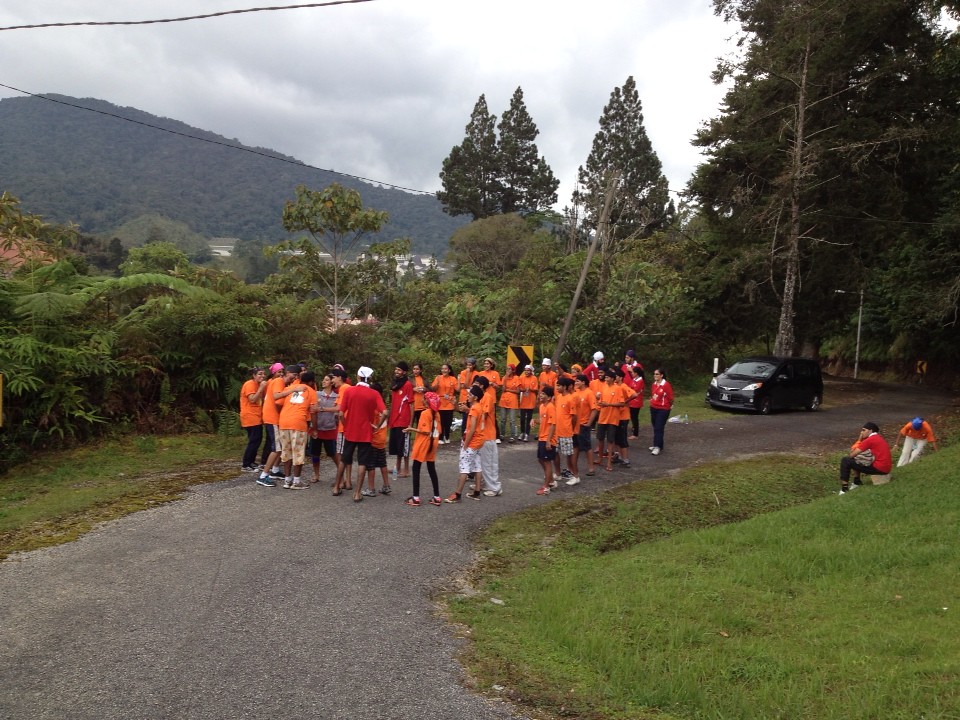 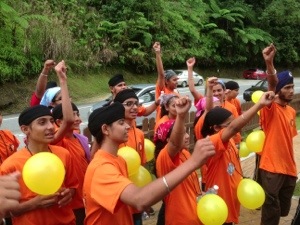 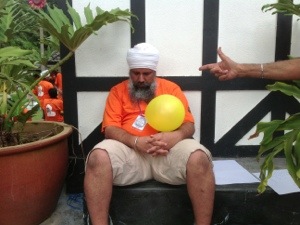 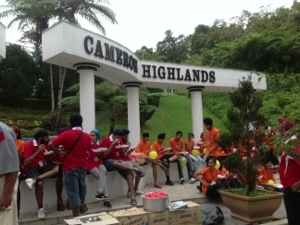 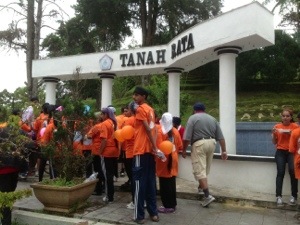 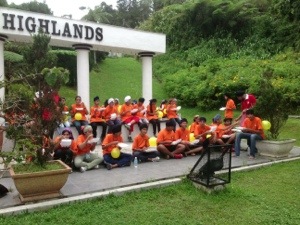 In the evening there was a slide show on Giani Mahinder Singh Ji Khalsa, Giani Mahinder Singh Ji Khalsa – Khalsa Ji (1941 – 2012)
Giani Mahinder Singh Ji Khalsa, more affectionately known as “Khalsa Ji” is recognised as an institution in the corridors of Sikh Missionary work – Sikhi Parchar in this part of the world – Singapore & Malaysia. He travelled extensively to promote the message of Sikhism to the Sikh Youth around the world.
He was well-versed with the sacred scriptures of the Guru Granth Sahib and was extremely knowledgable on Gurbani and is admired and well-respected by many.
Khalsa Ji was born in Ipoh in 5th September 1941 to Mata Dharam Kaur Ji. His father Sardar Bhagwan Singh Ji, shared a close relationship with the revered Sant Baba Sohan Singh Ji of Malacca from whom tthe family gained much spiritual guidance. Khalsa Ji started learning kirtan at the tender age of 12 years from Ragi Bhai Badhan Singh Ji (Head Granthi Sahib at Gurdwara Kuala Kangsar, Perak, Malaysia).
Though Khalsa Ji worked in Kuala Lumpur, he never failed to visit Sant Baba Sohan Singh Ji in Malacca whenever he possibly could. These visits got him closer to Sant Ji and they started doing sangats together in Malacca. Khalsa Ji was eventually transferred to Batu Gajah Land Office in Perak, Malaysia.

When Sant Ji grew gravely ill Khalsa Ji would stay with him in the hospital nightly, attending to his needs. Sant Ji found Khalsa Ji’s sewa remarkable. Sant Ji then made him promise that he would commit himself to the panth, extending out a hand of promise. This was obviously reciprocated by Khalsa Ji in the presence of Late S. Ranjit Singh and his wife who was a distant niece of Sant Ji. From that day on, Khalsa Ji kept to his promise and carried on a legacy of work.

The Sant Baba Sohan Singh Ji Vidiyala was then setup in Malacca in the loving memory of Sant Ji after his passing, to promote Sikhi and Gurmat Studies. Khalsa Ji obviously volunteered himself to this noble cause. He became a parcharak and was sent to Shahid Sikh Missionary College in Amritsar Punjab (India) for training in areas of Sikhi and Gurmat. He learnt Kirtan, Katha and Parchar. Khalsa Ji returned in 1976 and once again, carried on his love of sewa.

At Gurdwara Mantin, Khalsa Ji encouraged youth from Singapore and Malaysia to setup a registered society known as Sant Baba Sohan Singh Ji Vidiyala to promote the message and mission of Sant Ji, but this was turned down as there was already a society registered bearing that name; hence Sri Guru Gobind Singh Ji Khalsa Gardh was chosen. The aim of this society was to promote and educate people on Sikhi and Gurbani parchar, not just locally but in the global arena.
This missionary work eventually led to the formation of the Sant Baba Sohan Singh Melaka Kirtani Sewak Jatha in 1979.

Khalsa Ji has continually been doing Nisham Sewa for Sikhi parchar in the form of kirtan tours and programmes. He never fails to emphasize the importance of taking the Amrit and being part of the Khalsa brotherhood. He stresses greatly on the importance of Naam Simran and the benefits of doing it as a family.

Khalsa Ji never fails to offer assistance whenever needed and ensures Naam Simran is conducted every second Saturday of the month, in Gurdwara Sahib Dharamsala (Kuala Lumpur). Also, Kirtan programmes are conducted at the request of the sangat in Malaysia, Singapore, Australia and the United Kingdom.

Giani Mahinder Singh Ji Khalsa uttermost dedication to service is commendable. He is an ideal exemplar for every Sikh to emulate. His unconditional service to the Sikh community and the extensive knowledge he has accumulated over the years almost makes him a walking Gurbani dictionary.

Khalsa Ji carried on selfless service of the Sikh Panth through kirtan tours till he was called to be with the Almighty Lord Waheguru on 2 Sept 2012 (Sunday) at his residence in Shah Alam, Malaysia. Cremation of the physical body was done with respect the next day on 3 Sept at Jalan Loke Yew Crematorium at 3pm.

The Sikh community has indeed lost a dedicated Spiritual Mentor, we pray and hope that Khalsa Ji’s mission for the Sikh panth and message to us all will be permanently instilled in us, to make us good Gursikhs.

Afterwards there was Kirtan being sung by Giani Daljeet Singhji

Time for the carbed!! I was so amazed that the elderly chaps here worked very hard during the day. For sleeping arrangements they would just sleep in the car!