Until next time New Mexico…..

The flight to Chicago (Albuquerque – Chicago – New York) was delayed by 30 minutes so we really did not need for the mad dash!!
The airport has free wifi so that is always good to know, I managed to upload some YouTube videos, Sangeet emailed some thank you’s 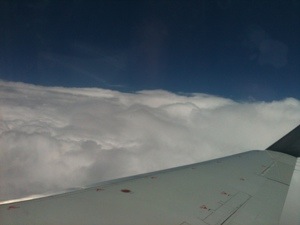 Mad dash to the airport…..

As always, we have many goodbyes to say before we leave so it was a mad dash to Albuquerque airport. Also we needed gas for the rental (or so I thought!). So with 50 minutes before departure we looked for a gas station. The gas station only took account cards, by now I was a bit concerned as to missing the flight to New York! Okay a bit of a understatement I was very concerned, I drove off looked in the side mirror and thought !?€<>#><€]* what is that!!! Then realised it was the pump handle!! – we went back to return the pump.
We arrived at Hertz only to find the fuel was given for free!!

So that is the story of checking in 45 minutes before the flight leaves!!