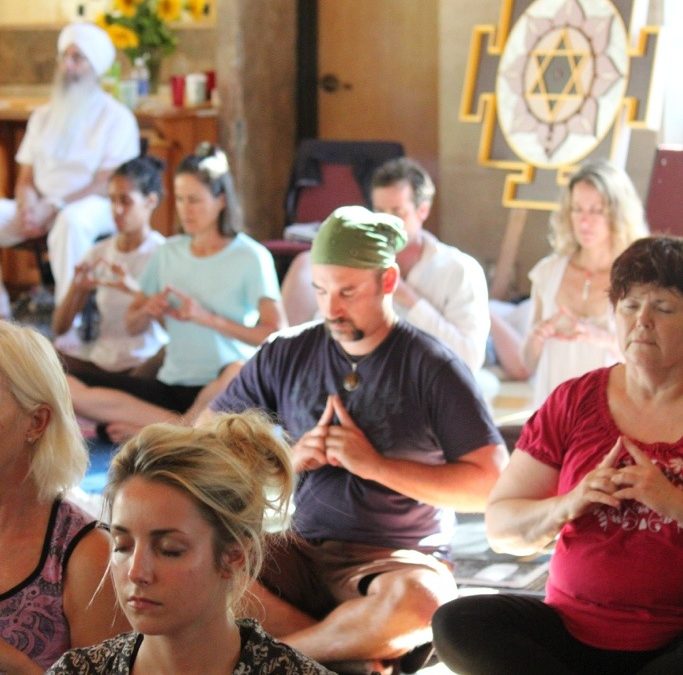 Well after a good sleep, I noticed Sangeet had already gone to recite Japji Sahib after trying to wake me up. So I thought, better wake up, shower and go to the class. I was impressed with my timing, I got to the class just before they started relaxation!

We have a daily schedule which is as follows:

Pictures from the classes 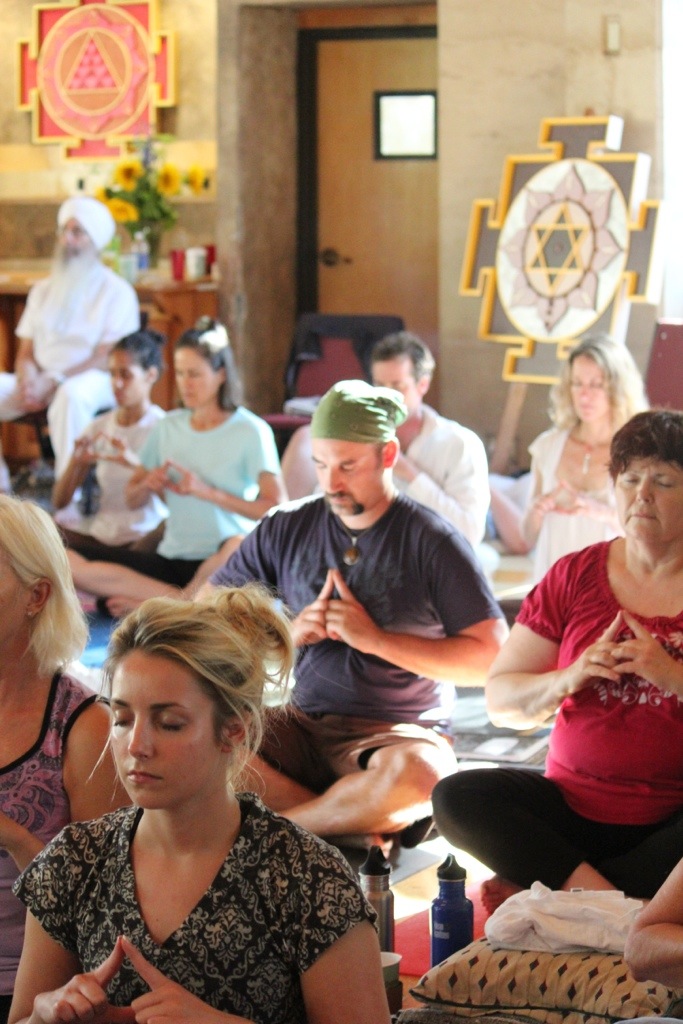 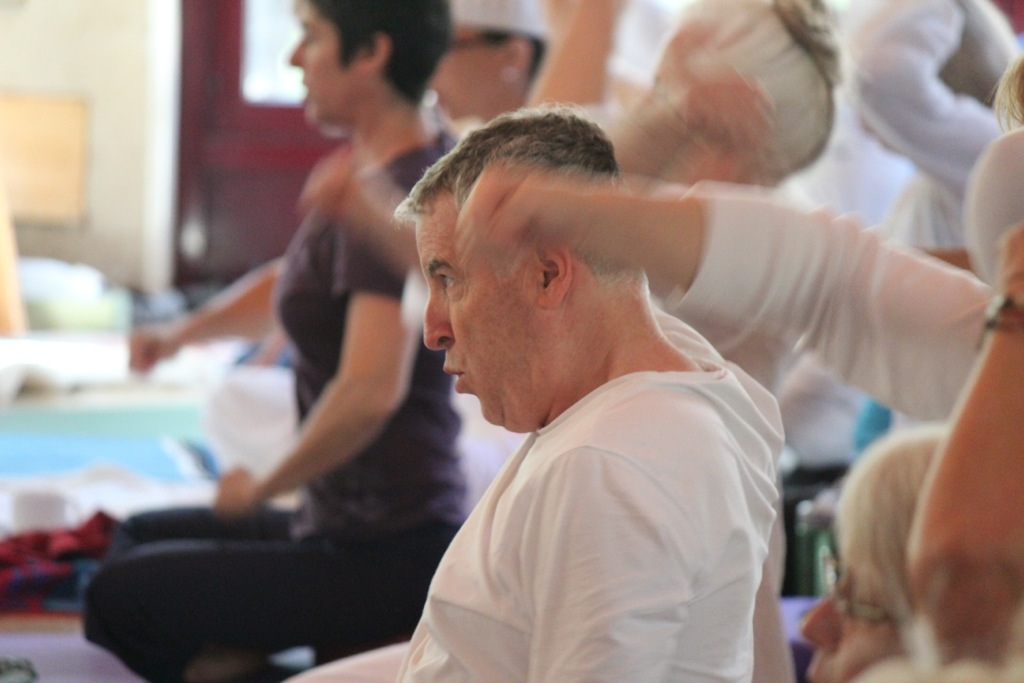 Food is mostly vegetarian apart from eggs served for breakfast. The local breads also have egg, which is a shame as the bread looks very tasty. 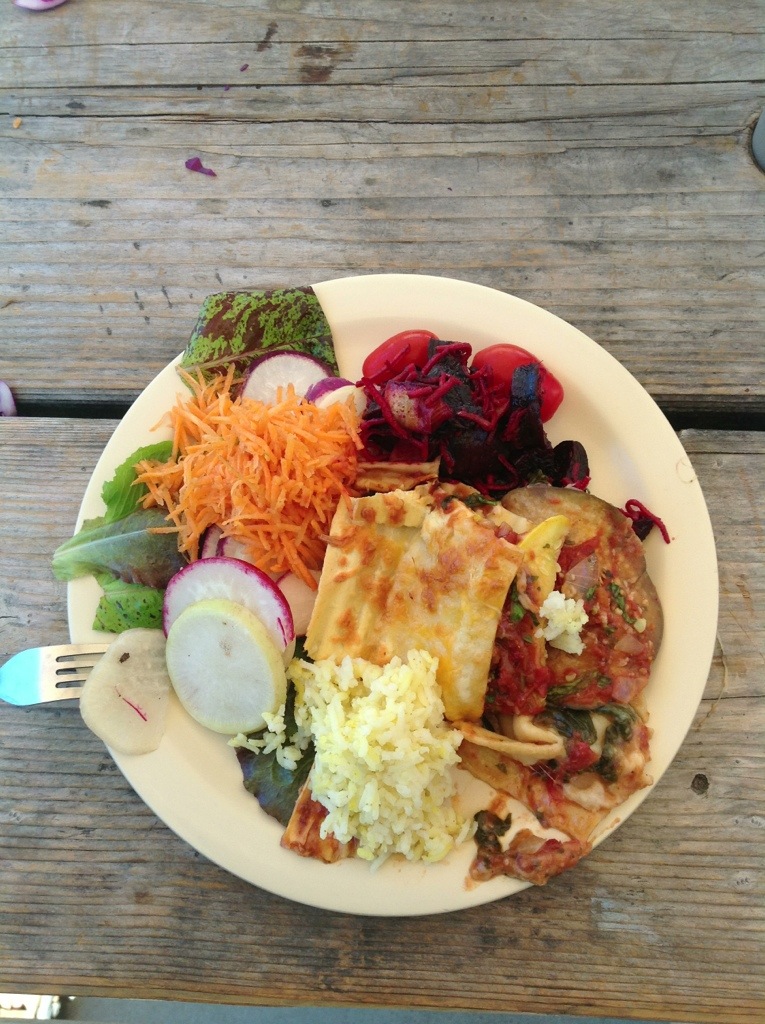 The location Shady Creek Outdoor School and Conference Center is a 132 acre property located in the Sierra Nevada Foothills just outside of Nevada City in California’s Gold Country. Gold Country (also Mother Lode Country) is a region in the central and northeastern part of California. It is famed for the mineral deposits and gold mines that attracted waves of immigrants, known as the 49ers, during the 1849 California Gold Rush.

Long time sun, a great way to end a session

This evening we had a fantastic comedy programme by the Raspyni brothers. 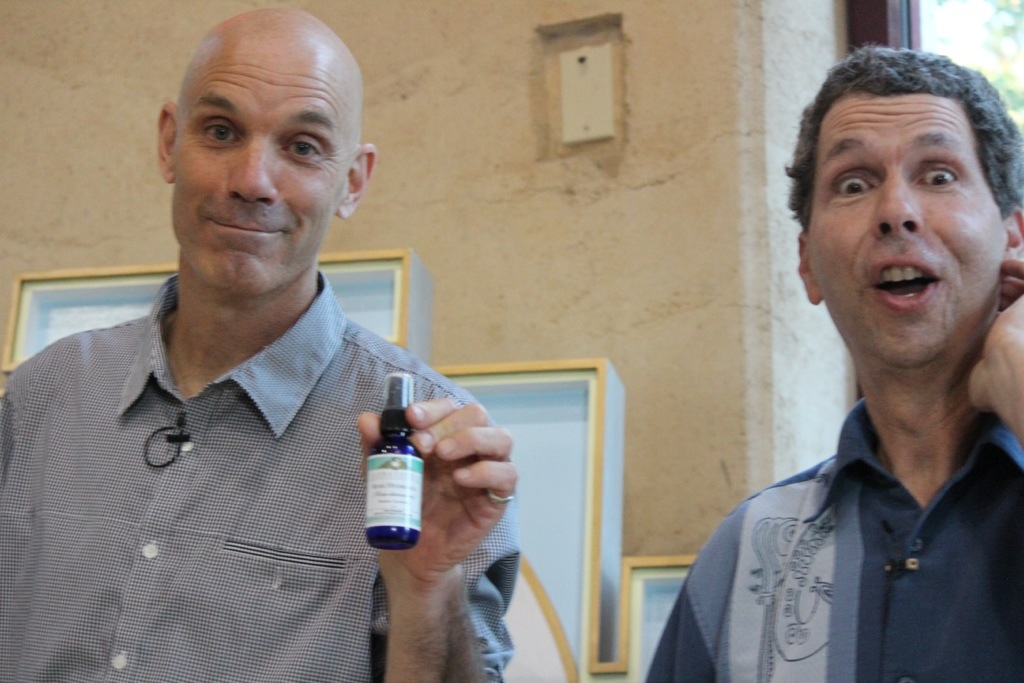 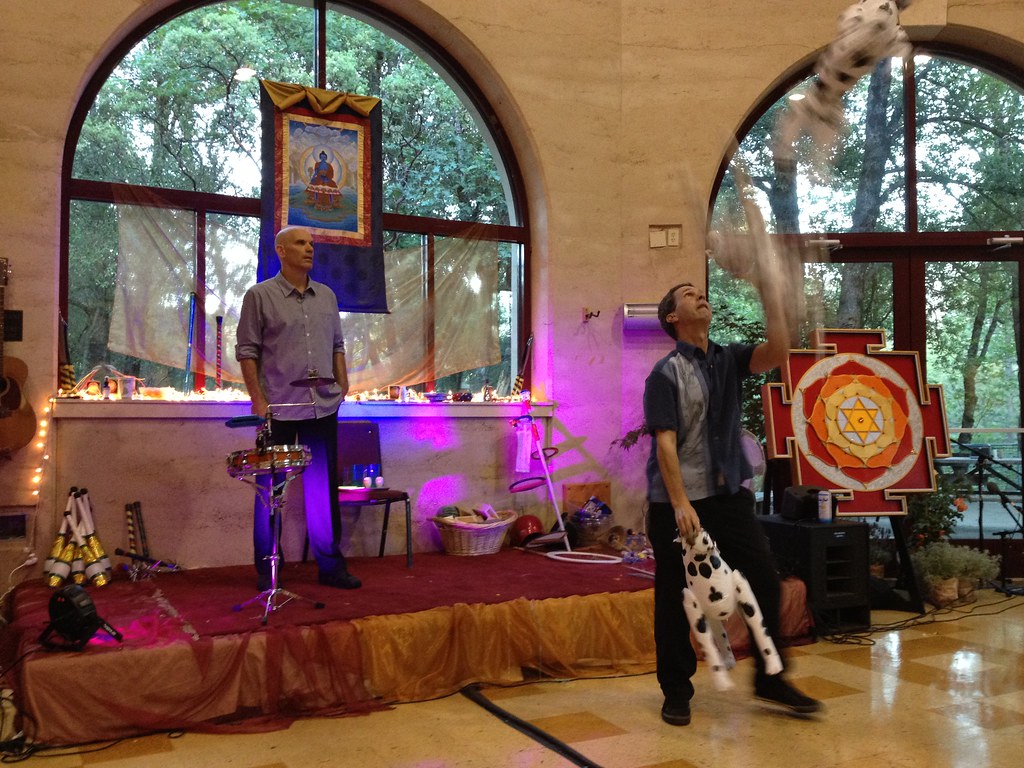 The ‘volunteers’ for the comedy show! 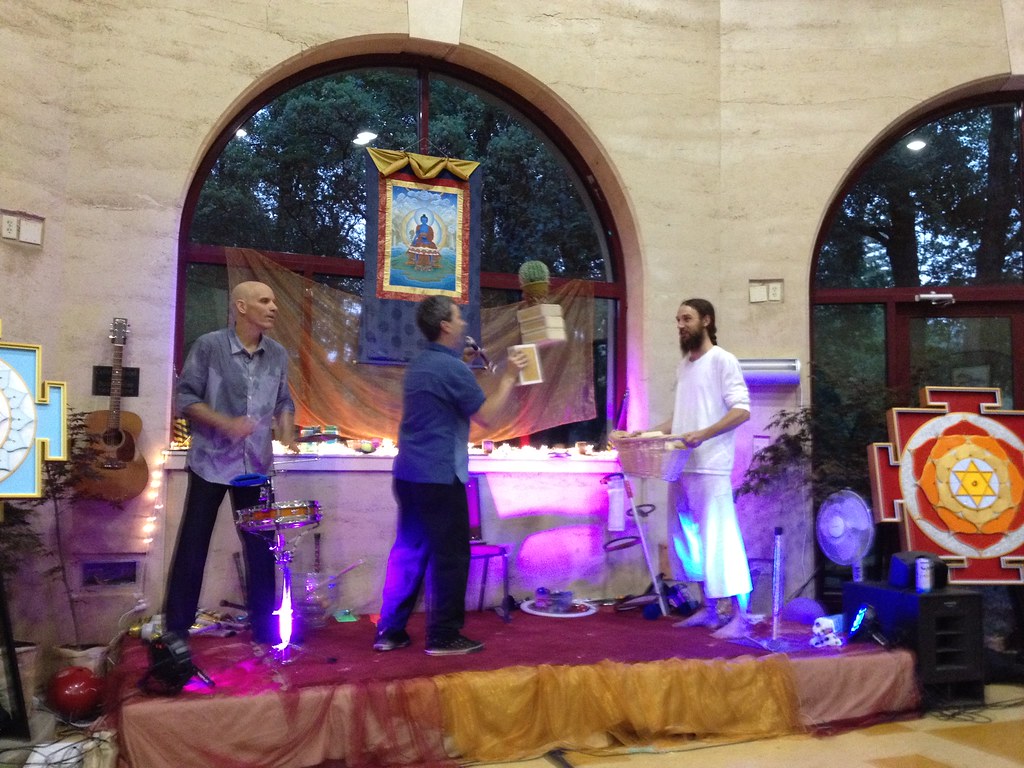 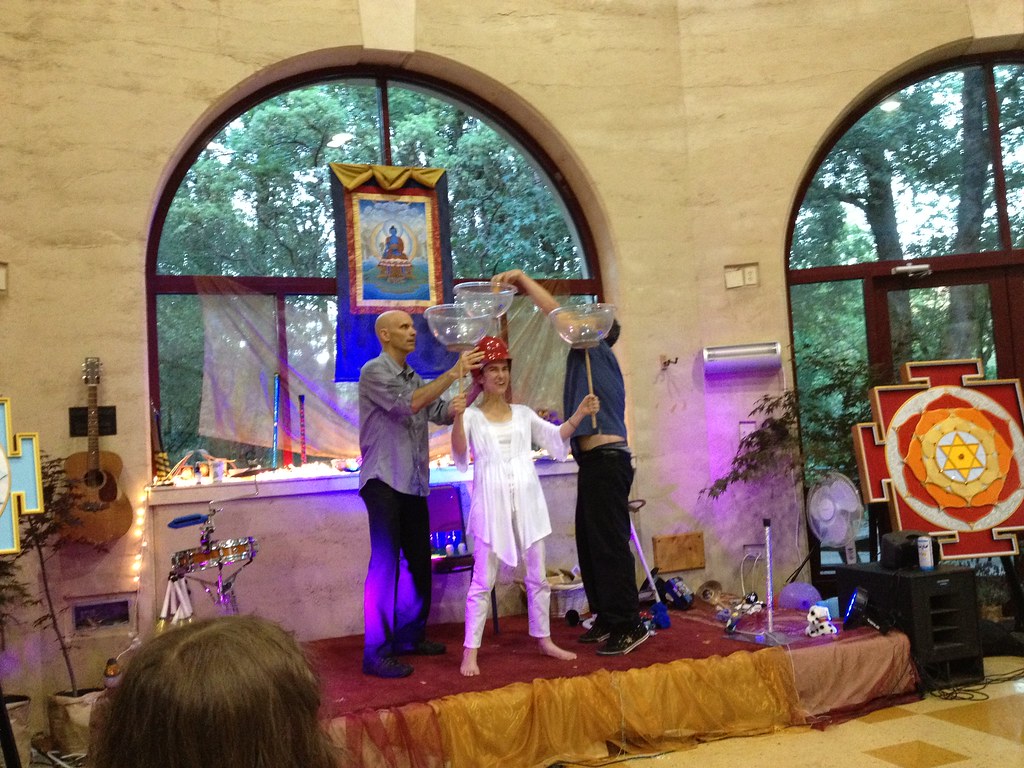 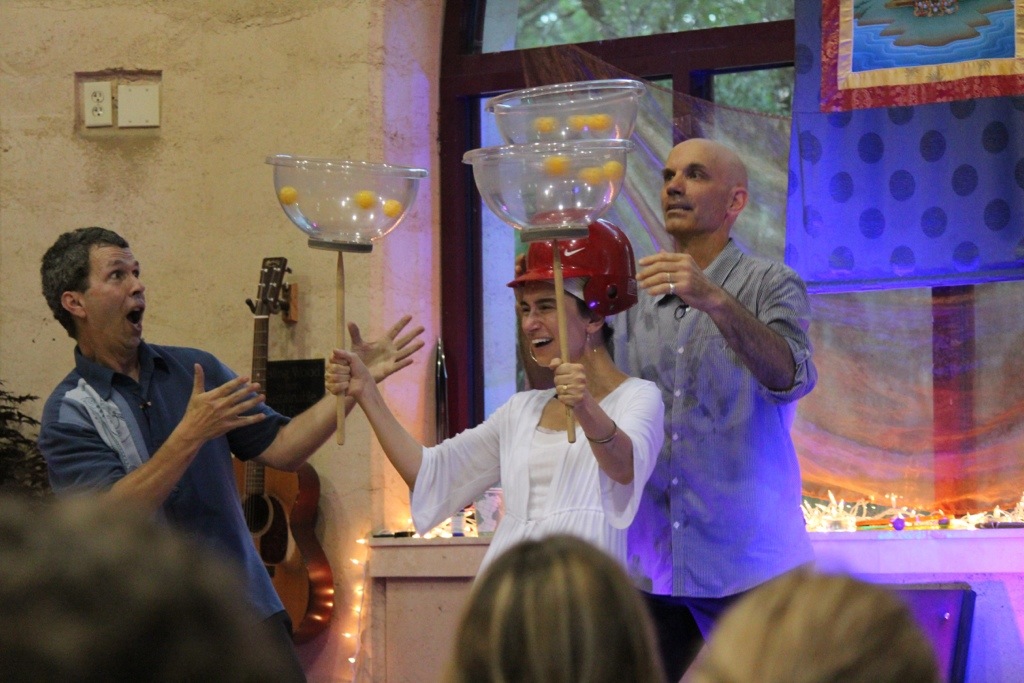 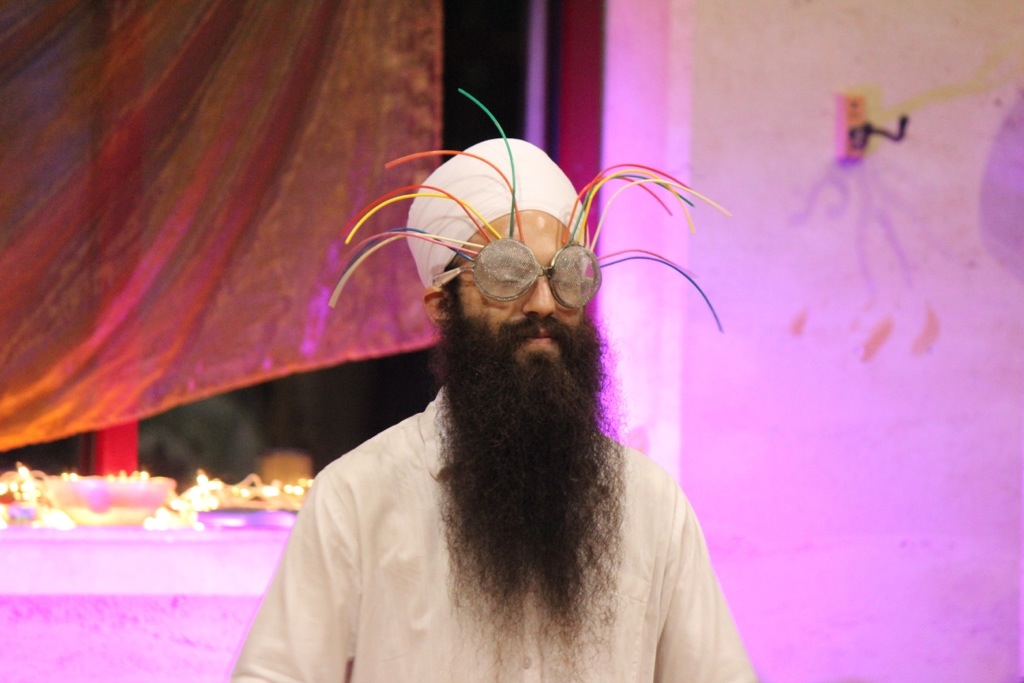 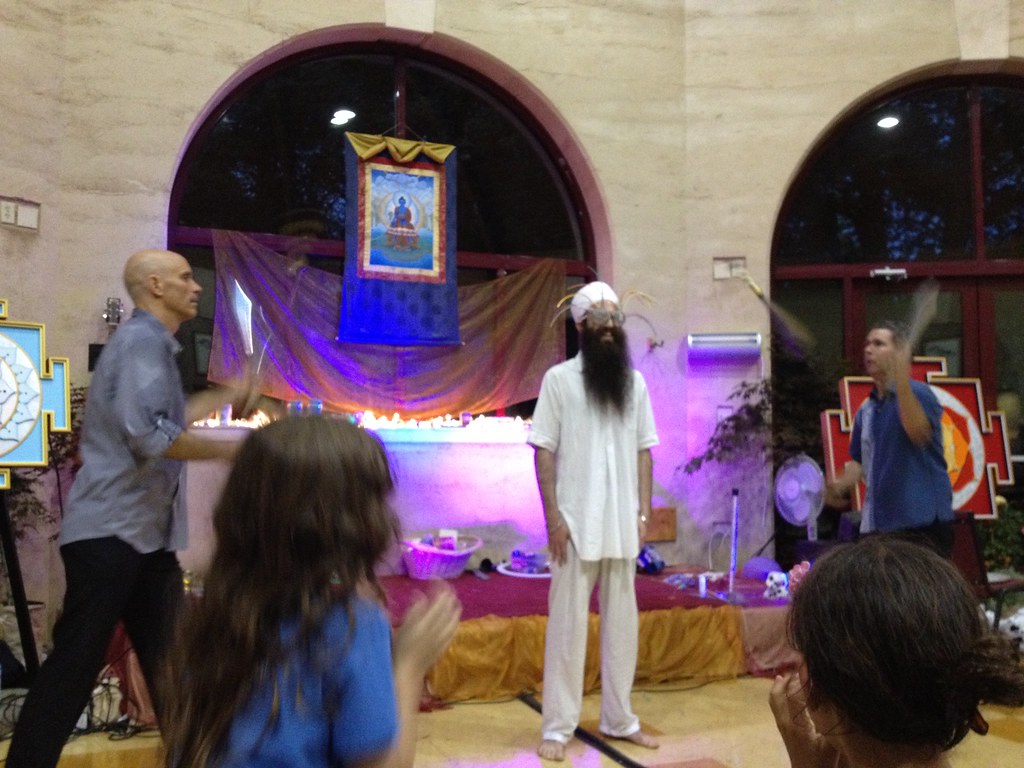 Afterwards we headed back to the cabin, I needed a few items from the trunk. Got them and locked the car keys in the car!! I called Hertz who said there would be a charge of $77 they suggested I find a AAA member who could call their own service. Decided to leave this until the morning as we were pretty shattered after a long and very full day.

Today I have been having huge stomach issues. That thing on my large intestine just wants me to know it is still there. It is times like this I wish the accommodation was more comfortable and bathroom facilities were closer to hand. 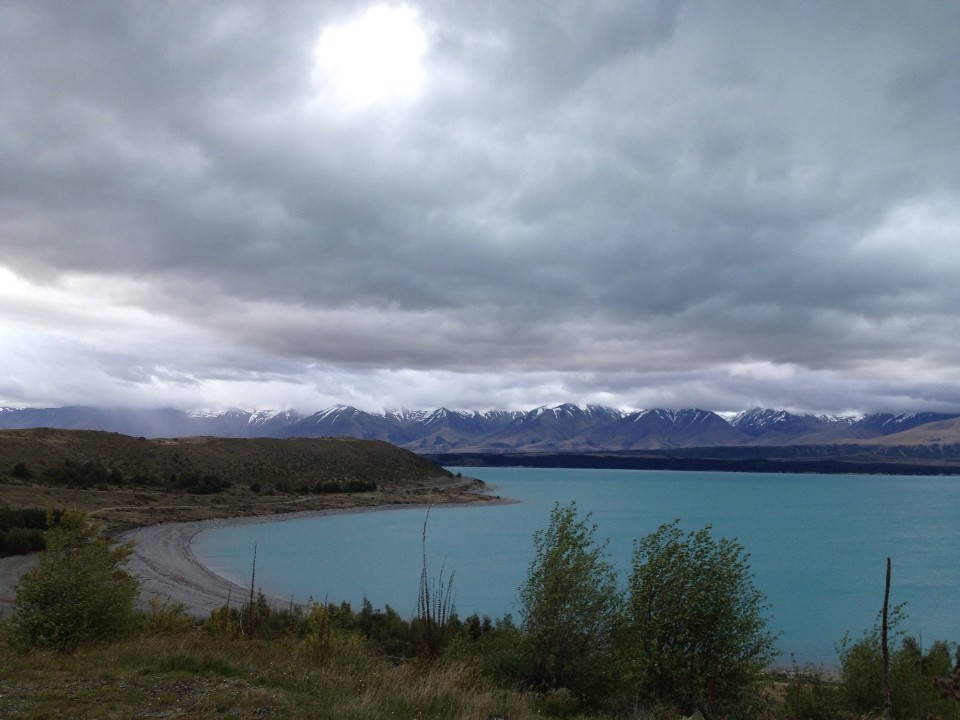 After checking out of the hostel we decided to head to Patagonia chocolates in Queenstown for a smoothie and to use their wifi. We needed to sort out the car hire for Australia, looking to drive from Melbourne to Adelaide along the Great Ocean Drive. The main sites I checked was www.standbycars.com and www.hertz.com. Standbycars is great IF you can get the deal, they offered a one way rental from Melbourne to Adelaide for Aus$5.00 per day but the mileage is limited to 1,500km and you need to complete the journey in two days. Also the dates were not favourable with us. I ended up using hertz as I am a member of their Hertz number one gold club. The price quoted was good.

We spent about three hours at Patagonia, a Sikh family also came in to buy some drinks and sweets, their father sat with us and told us their life story….him and his wife are both doctors and run a hospital in Hyderabad, one of their two sons works as a doctor in Dunedin and the other works for Microsoft in Auckland. We exchanged contact details, he also told us that he has good contacts around India and if we do visit he can get us good discounts….! On a very personal note I have difficulty trusting people from India though he seemed like a genuine person.

After they left we continued with our internet work which was completed by around 4pm. As we were heading north to Lake Tekapo we decided to stock up with food, soups, gluten free bread….yes you may seem surprised, but sometimes we eat healthy! Saying that, on the way to the supermarket we did pass by Fergburger for our last serving of fries and onion rings!

We said our goodbyes to Queenstown and headed north on highway 6 then caught highway 8 to Lake Tekapo. The drive was amazing, driving past rolling hills. It started raining very heavily, we then saw a double rainbow. The drive takes about 4 hours and is very pleasant, the only downside is the 100kmph speed limit. We also passed beautiful Lake Pukaki. The lakes here have an amazing turquoise colour. This is due to ‘rock flour’ (sediment) in the water. This so called flour was created when the lakes basin was gorged out by a stony bottomed glacier moving across the lands surface, with the rock on rock action grinding out fine particles that ended up being suspended in the glacial melt water. This sediment gives the water a milky quality and refracts the sunlight beaming down, hence the brilliant colour. 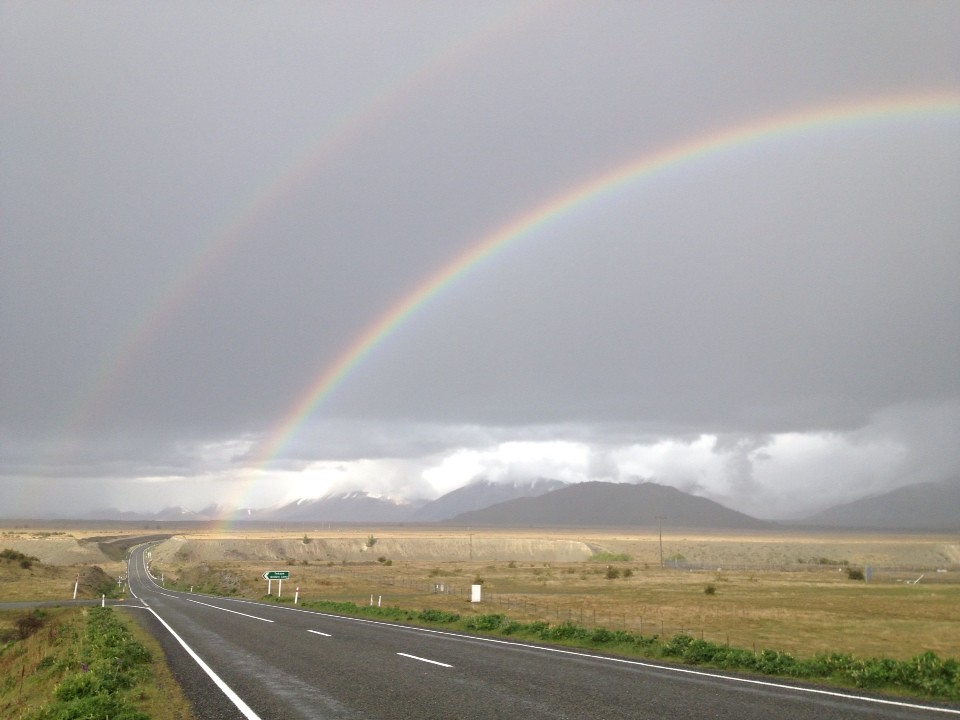 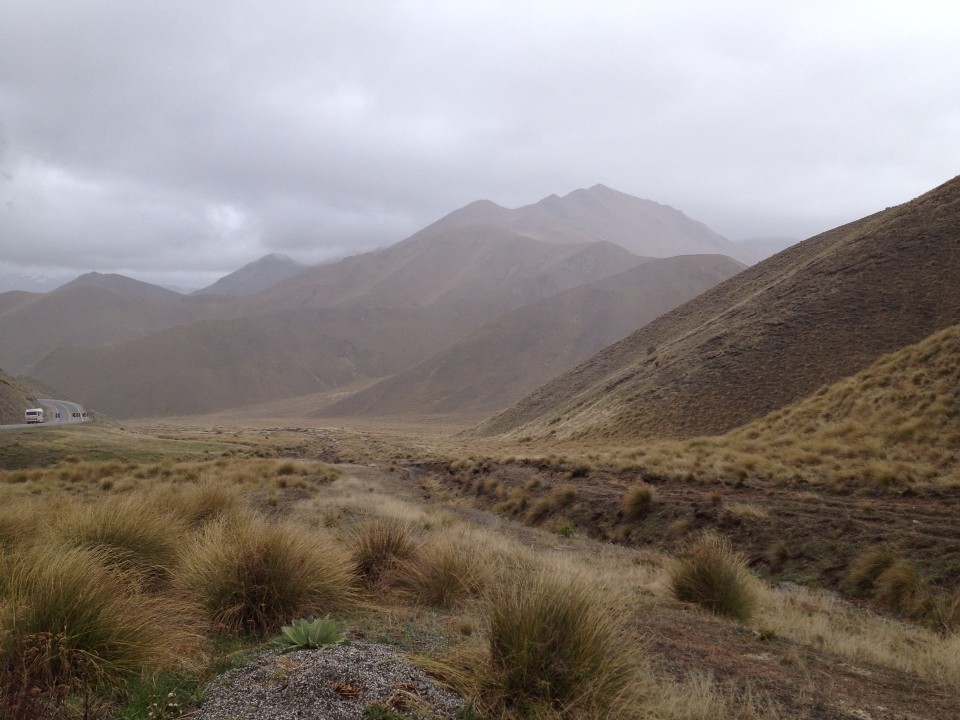 We arrived in Lake Tekapo around 7pm and were lucky to catch the hostel staff before they closed up, they showed us around the very busy hostel and to our room, it was okay but we have been very spoilt at other hostels…..I am sure you know which ones!

This hostel also belongs to BBH: 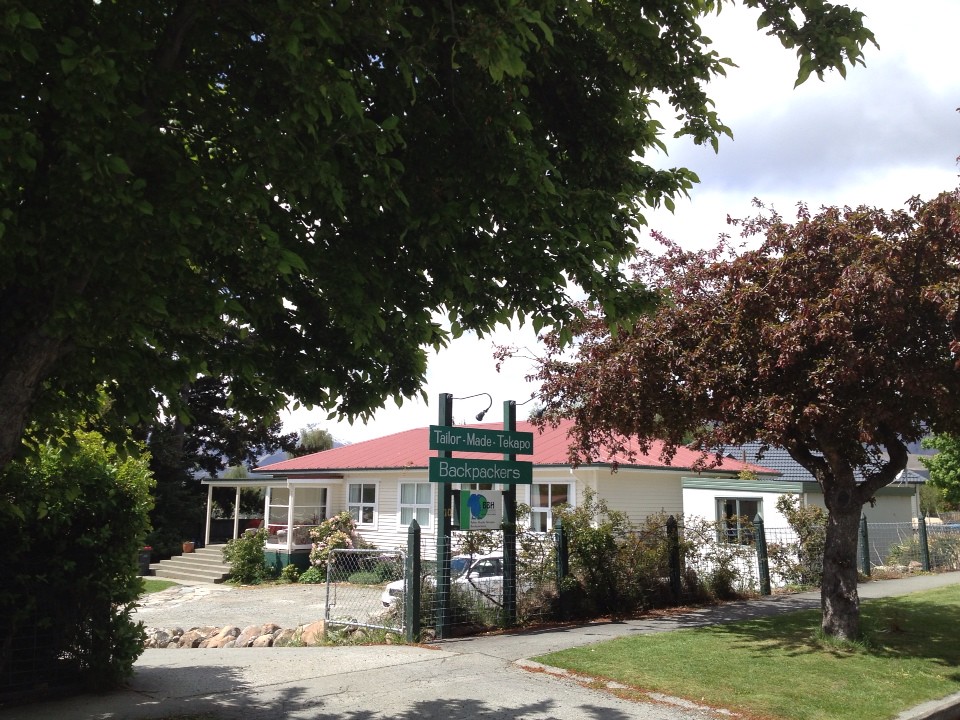 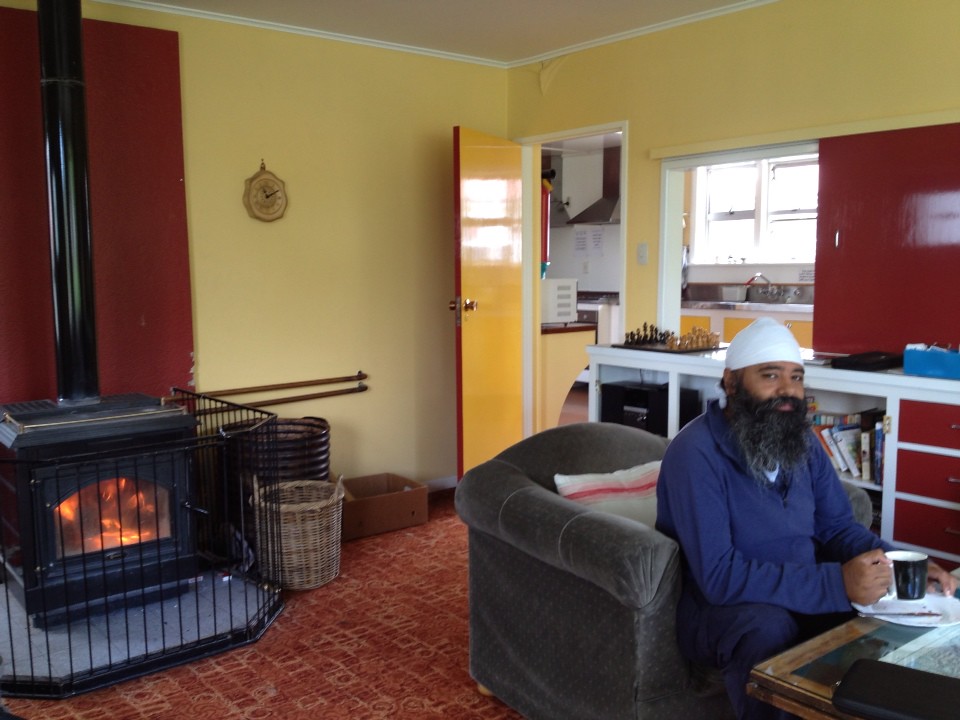 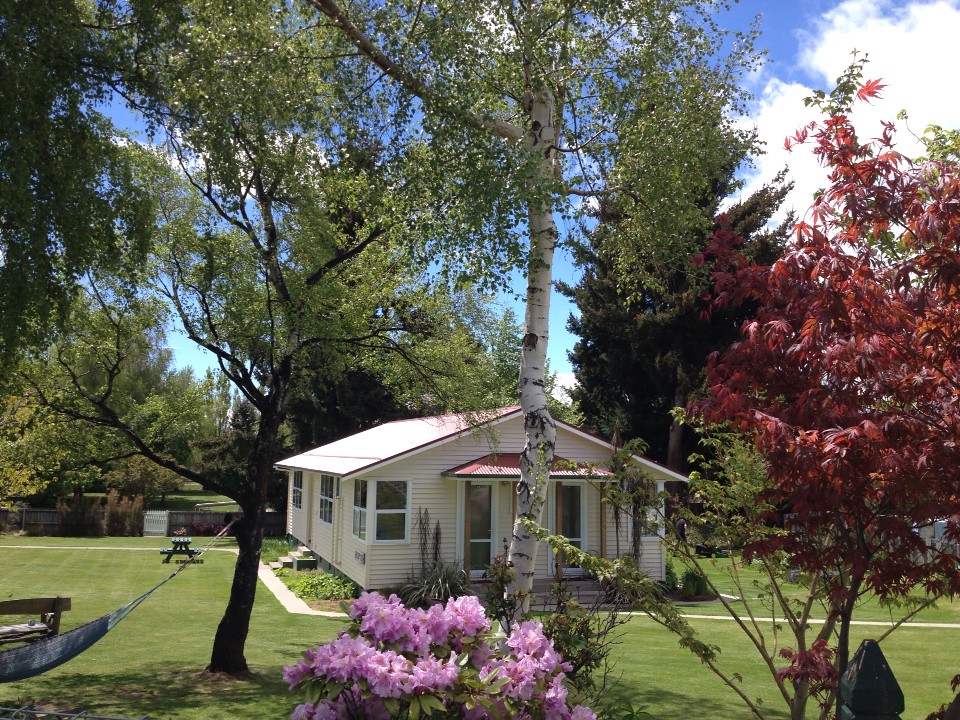 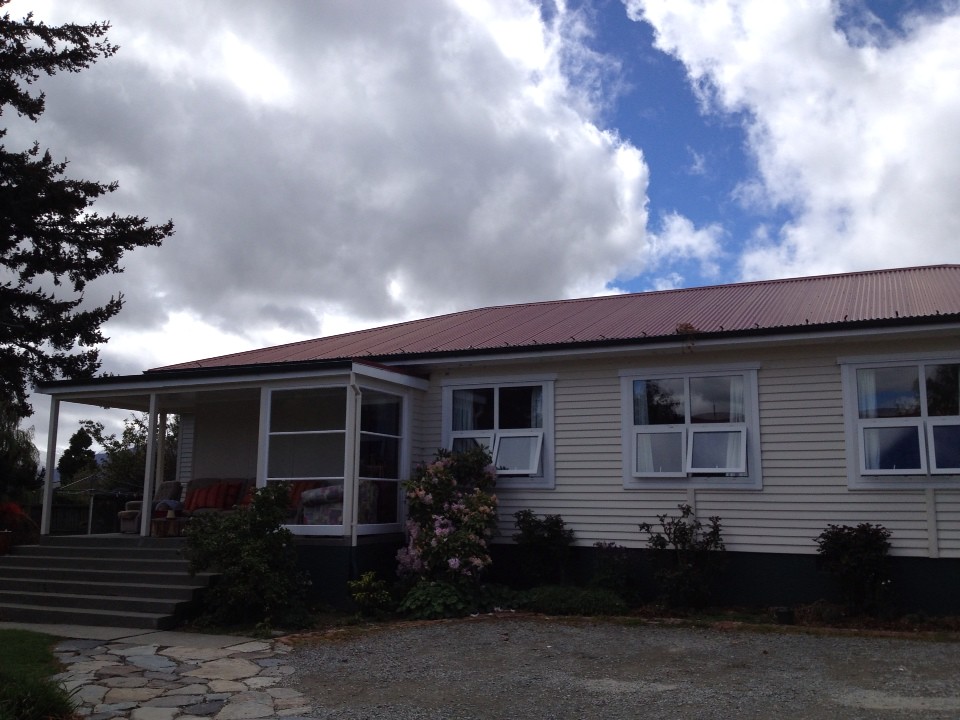 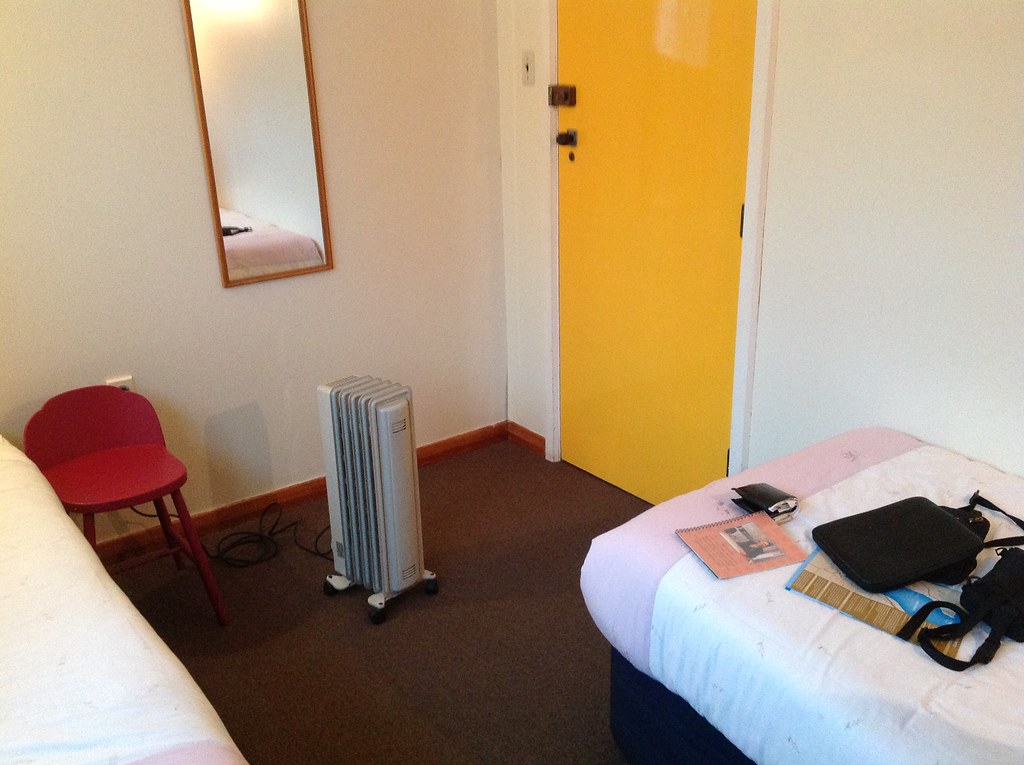 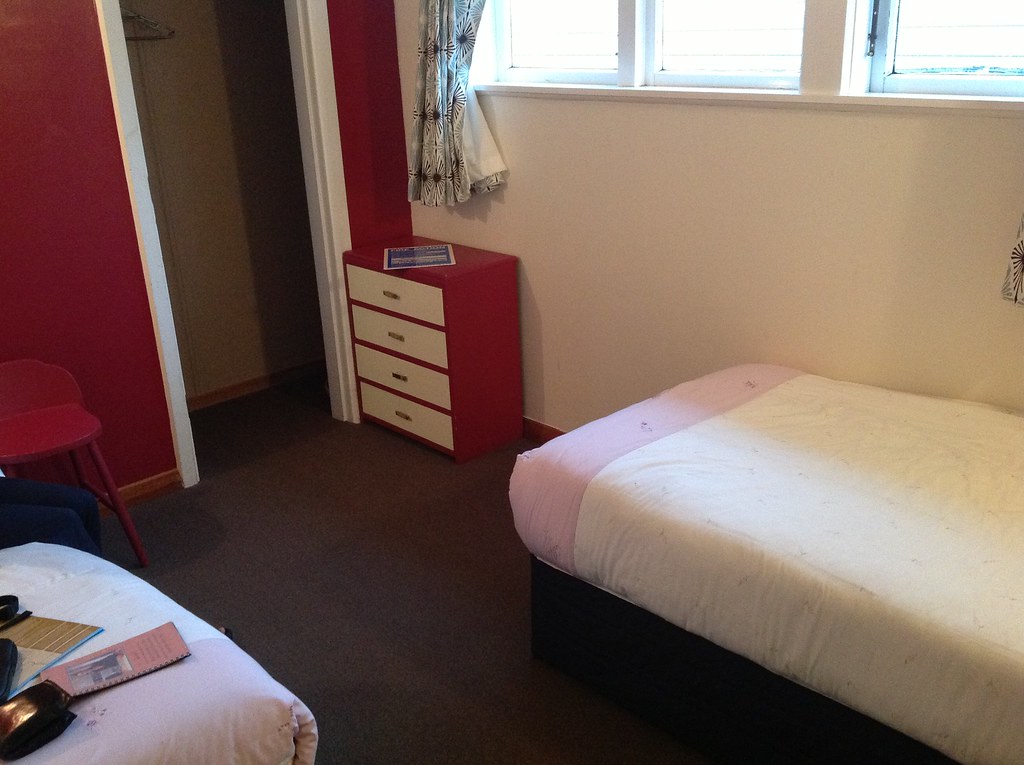 In the evening we walked across from our room to the kitchen where Sangeet had a humus and salad wrap, I had soup and bread.

After dinner we went to the common room where Sangeet challenged me to a game of Jenga, in this game one would place wooden blocks on top of each other in a stack, one then removes a wooden block (not from the top, but anywhere else) without the structure toppling over. Sangeet won! 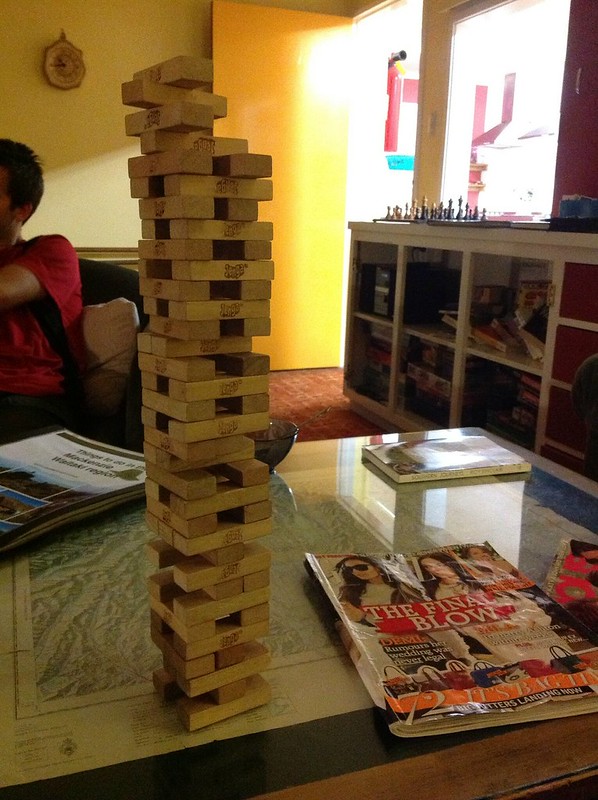 On the east coast we had a few days in NYC where we did not need the car. We only hired the car when we were heading to Washington DC, it was a VW Jetta, as I am a member of hertz number one gold, I automatically get a 30% discount a free upgrade and Sangeet is able to drive the car at no extra cost. We usually hire the smallest car possible….as this is USA they hardly have anything small and upgrade you two classes up. This is why I keep say it is worth joining these associations e.g. Hertz, Hilton honours, etc

NYC is a very busy, people are in a mad rush to get around and do nothing! You ever had that? You say you have a very busy weekend….come Sunday night you look back and think what have I actually achieved this weekend?

The restaurants in NYC have been fantastic, plenty of choice and some great vegan and vegetarian restaurants.

Saying that by the time Sat Nan Fest had come to a close, we were looking forward to spending time in NYC.

The weather has been mild (for me) around the 80’s (F) having spent 4 weeks topping up my suntan in New Mexico I am used to temperatures of 90F plus! Sangeet has loved the weather, just the right temperature.

Washington DC has felt more relaxed and the people are a lot friendlier….does not feel like a capital city….as soon as we drove into downtown Washington DC we fell in love with it.

On the whole the people have been friendly, which is one of the many factors I like about the States.

Sat Nam fest was a perfect ending to the time on the east coast, we thoroughly enjoyed the kundalini yoga and live music performances. I found that because people are only here for 4 days they are not as friendly and it is only small chat they are interested in, perhaps I am comparing this to the immersion course. Saying that, there were a few couples who gave their addresses and said next time you are staying at our house, please let is know when you pick up your bags at the airport and we will come to collect you!

The time spent with my very good friend Prithinder was really needed. It seemed like ours texts were cold to one another. Physically meeting one another is what we both needed….it was great to see him, even though he had not been on the course he was glowing more then me….perhaps it was because he met me!?!?!!

Staying the night at Sartaj and Barb’s amazing house was great. Really nice to be able to feel at home away from home.

Also I have known Ravinder for 5 years this is the only time we managed to spend quality time together…usually in Espanola we are attending a course and he is busy selling on the course. Just the way things happened…that he flew into Dulles and we were around Herndon (20 minutes away.)

Until next time New York and east coast…..

For once we have actually managed to get to an airport well ahead of time we were there 1.5 hours before our flight leaves! A miracle for us!

After returning the car, we took the air train, which is in walking distance from Hertz car rental. Delta flies from terminal 2, we got off at terminal 2 from there it is about 5 – 7 minutes walk to the check in desk.

We visited the delta lounge which was nice, our priority pass did not allow us entry but they allow access for American Express platinum charge card holders.