The mosquitoes in the Cook Islands are vicious! Nothing seems to distract them , we bought the local repellant called Bushman but that has not worked, we even tried locally made deterrents but that has also not worked. Perhaps we deserve it for all the sweet treats we had in America! 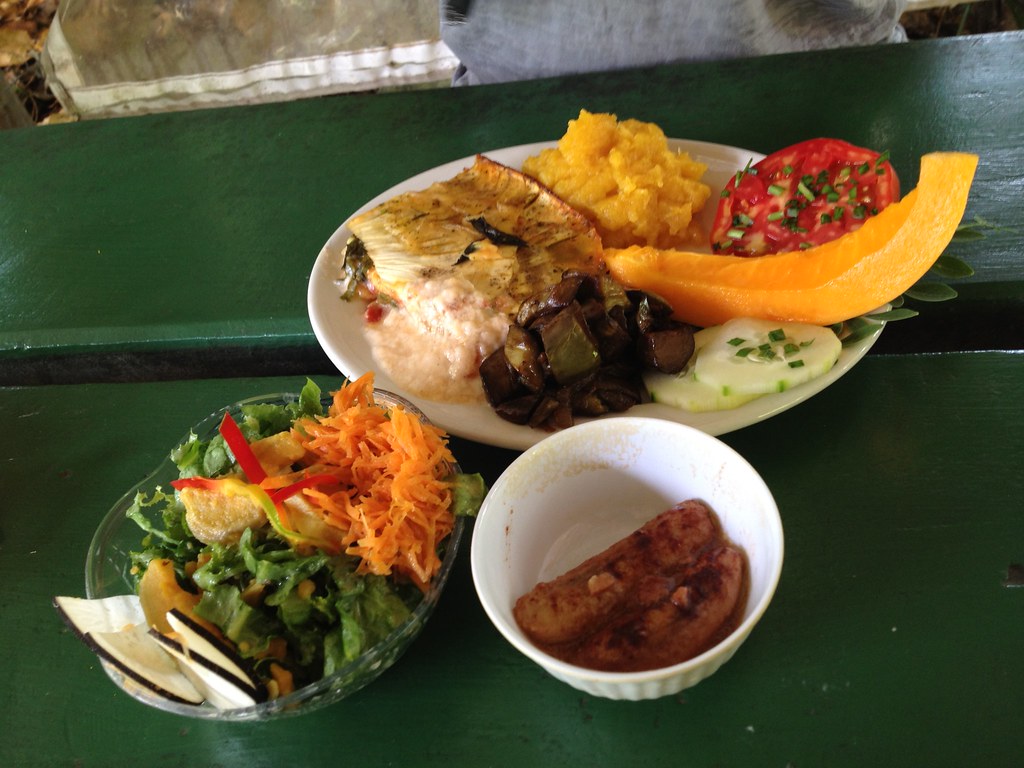 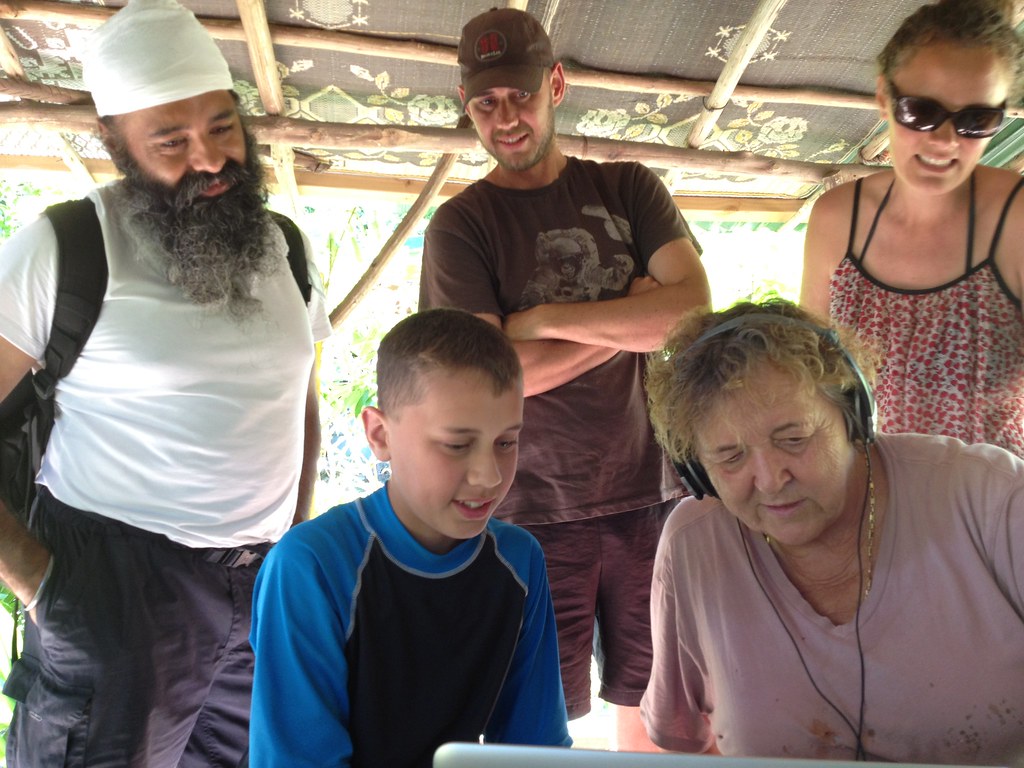 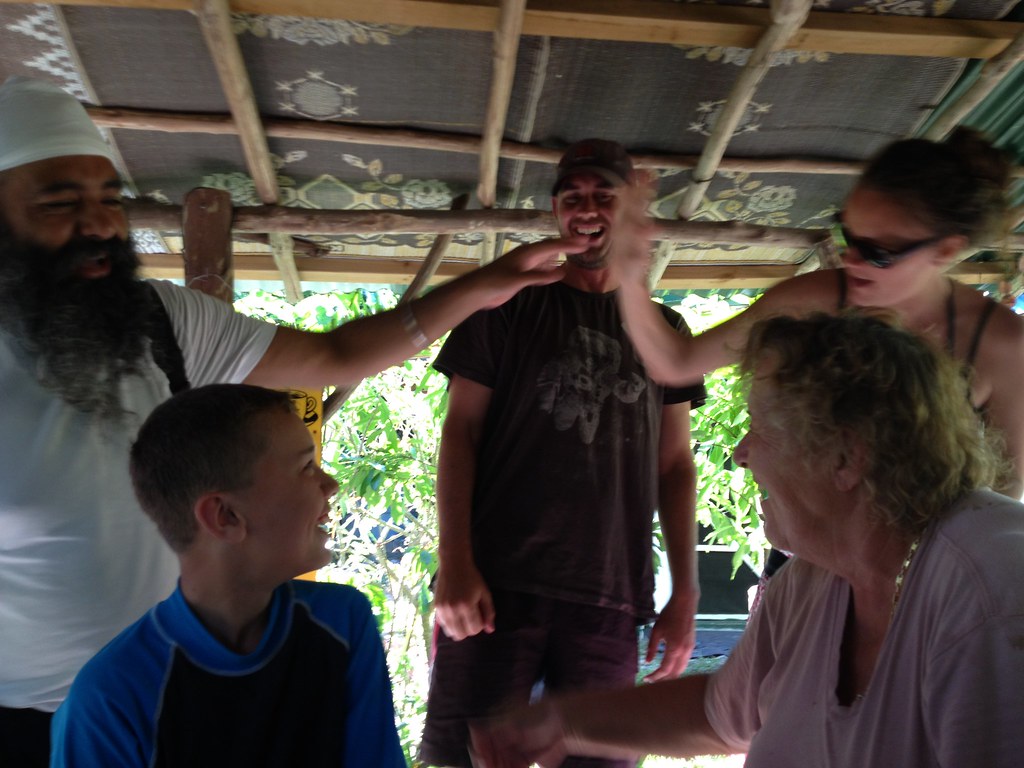 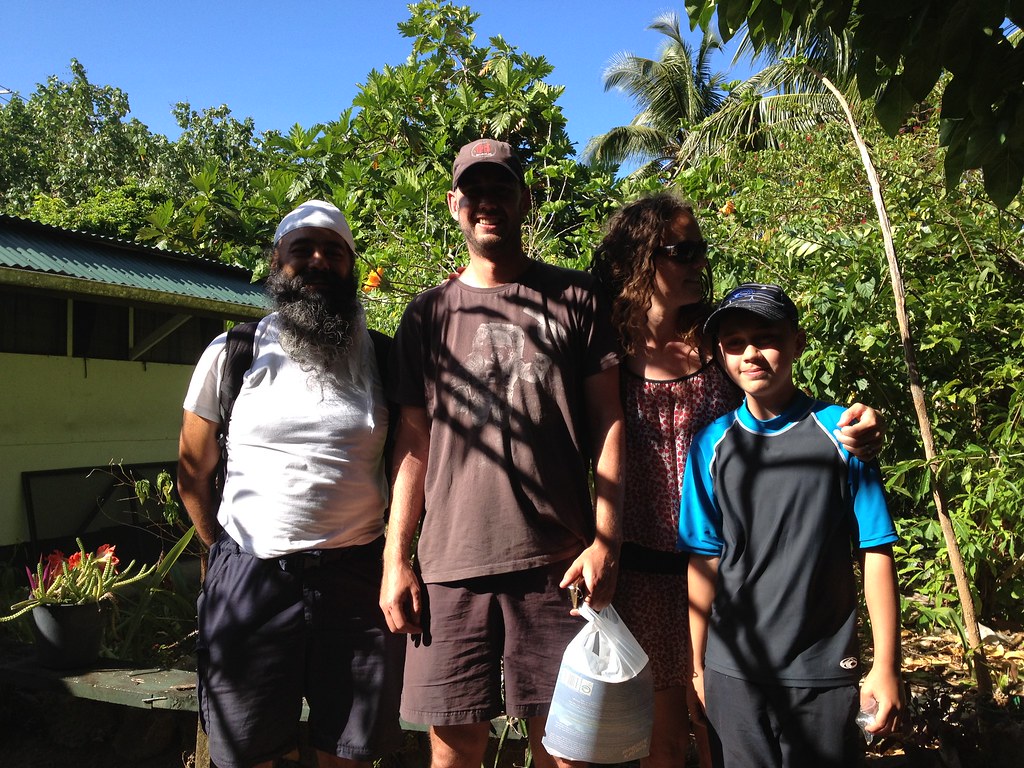 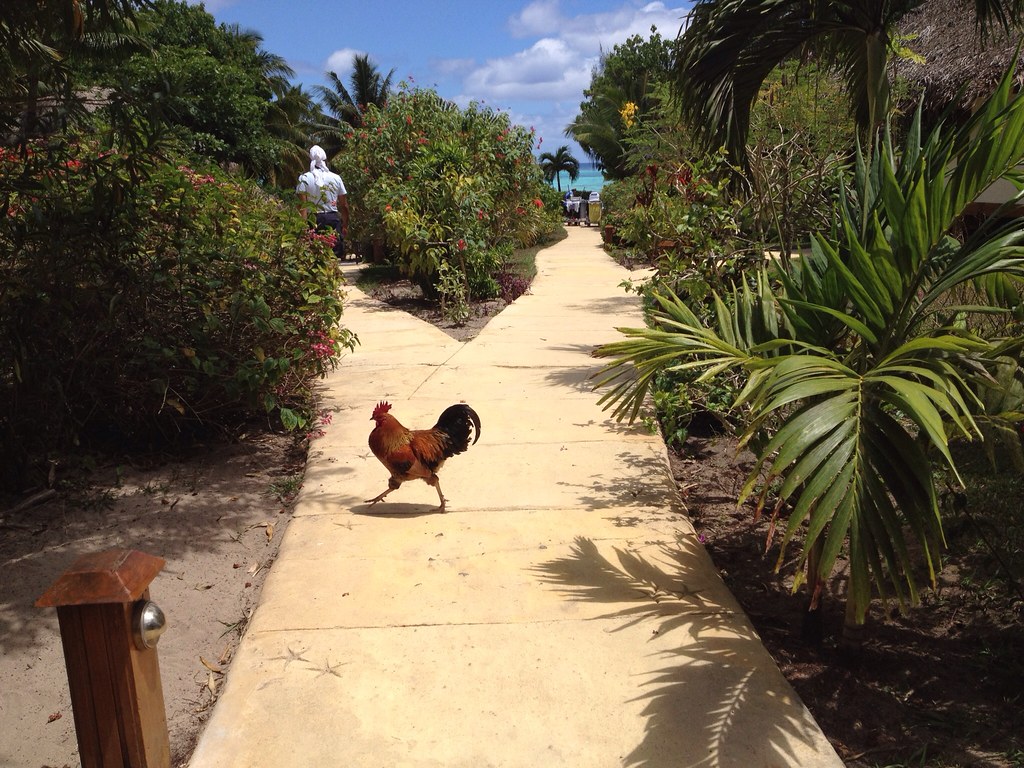 Fill up on a free breakfast…..!

When you are on an island where food is limited for vegetarians you learn to have a VERY good breakfast, especially when it is free! So I spent some time over indulging in bread and fruit, basically so we could go without lunch.

We got talking to a couple (Joanne and Keith) from Huddersfield (Sangeet’s home town!) we exchanged travelling experiences which was fun. It felt like we were talking for a few minutes, it was actually a couple of hours!

Afterwards Sangeet and I grabbed the kayaks and snorkelling gear courtesy of the Etu Moana and went into the lagoon. It was a fantastic sight, there is a good trick, to paddle up to the coral and then stop paddling, just let the kayak glide over it, that way you do not disturb the sea creatures. You see fish in between the coral. I also paddled 50 feet away from the strong waves which were hitting the coral reef with huge force, it got a bit scary so I paddled back!! 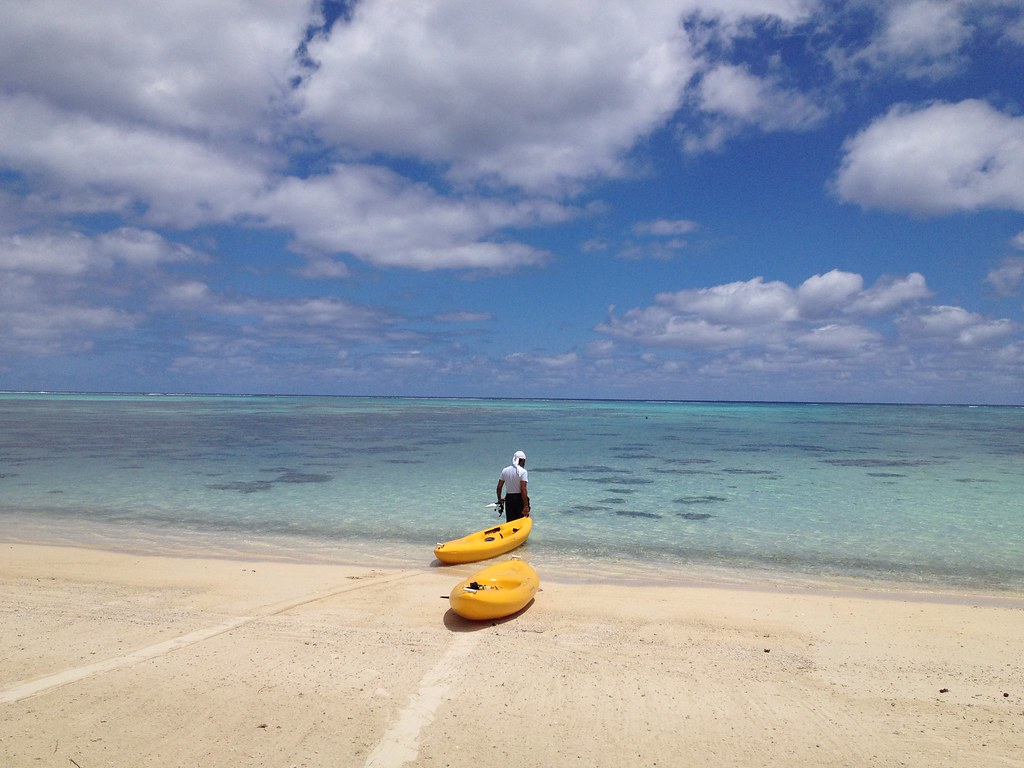 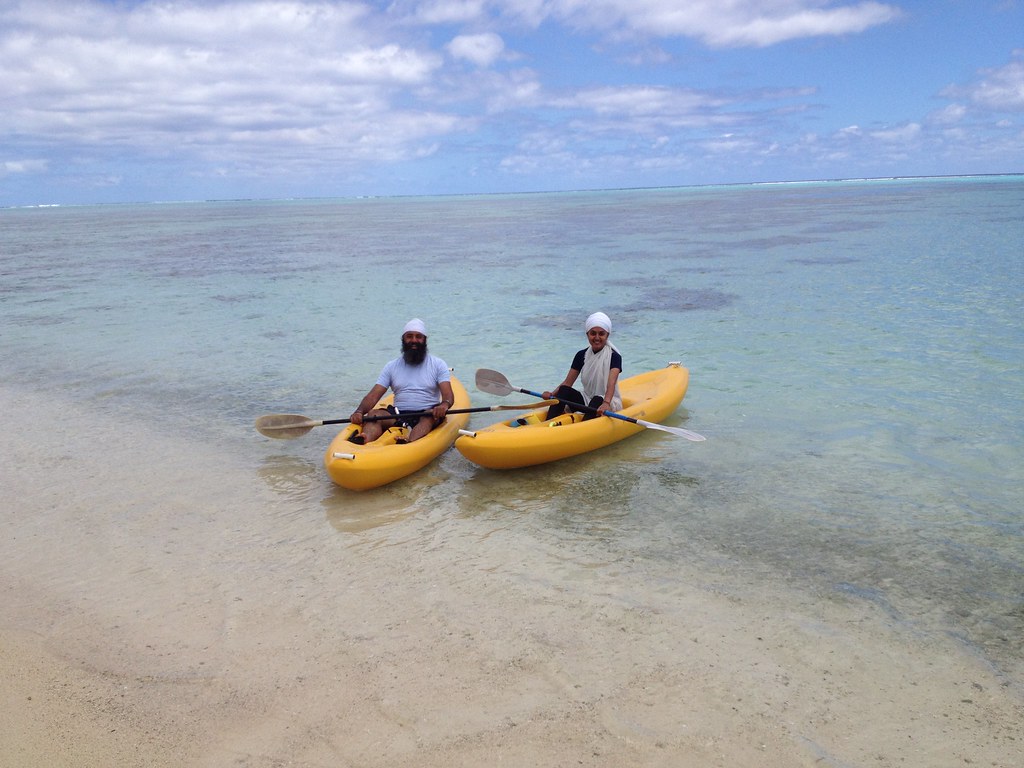 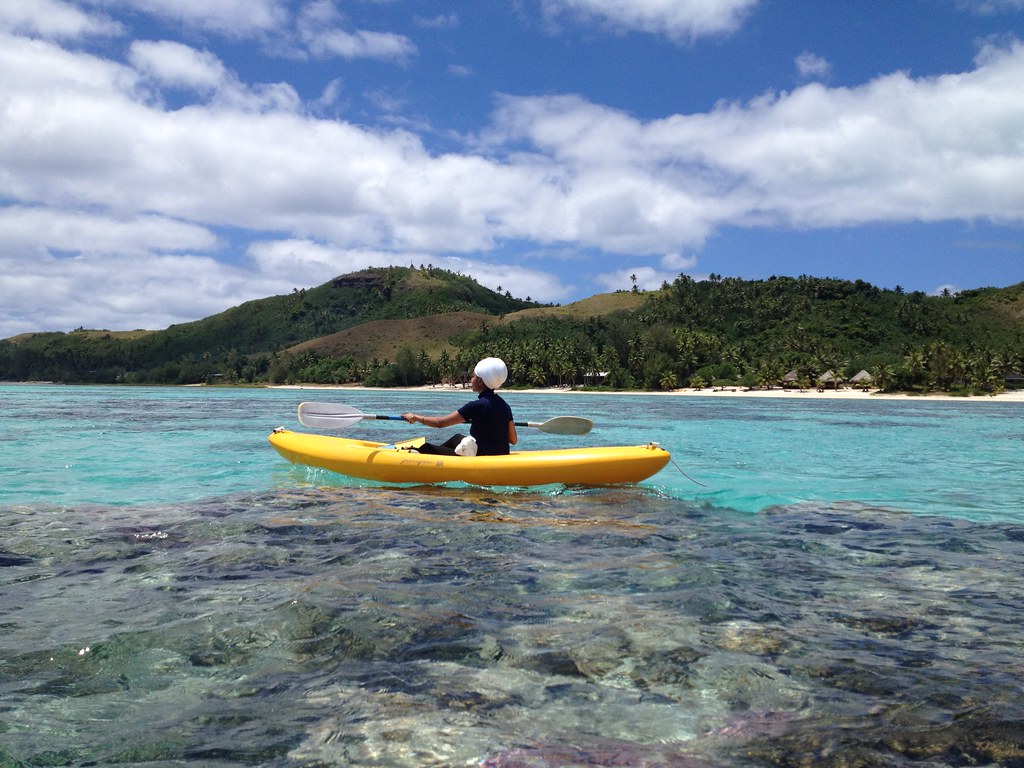 Sangeet swam out quite some distance, I found it strange to be able to look underneath the water and still breath though I have been snorkelling before, it was quite some time ago! You automatically want to hold your breath. I got quite a lot of cuts from the coral on my hands and feet. They feel like paper cuts. 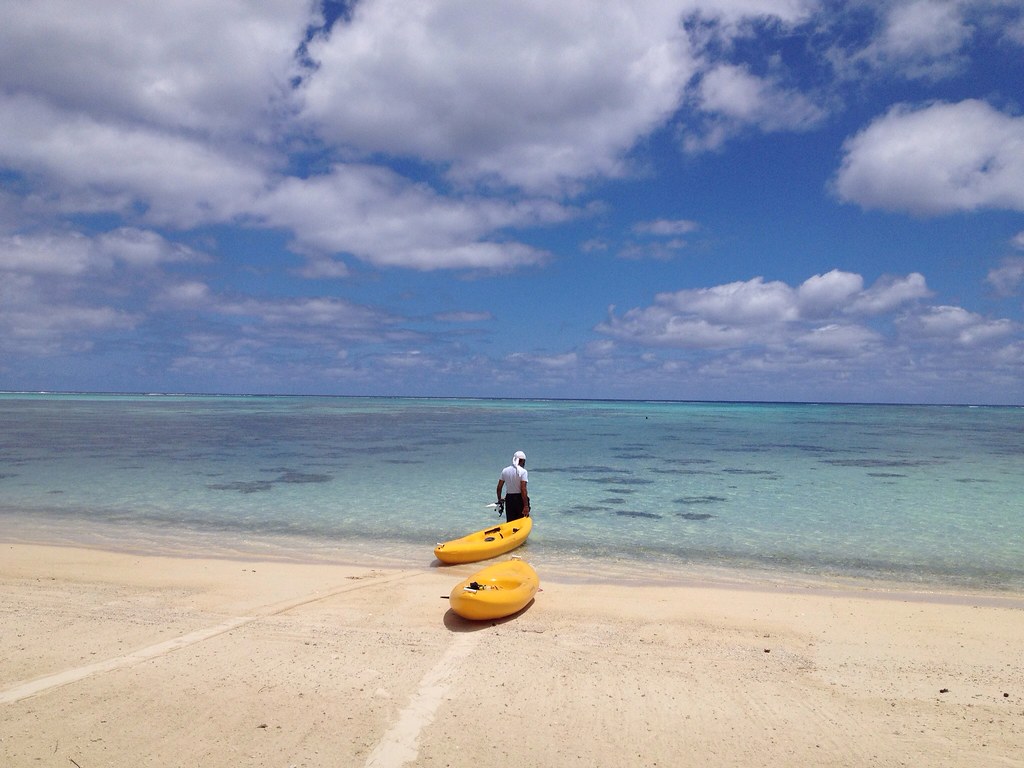 Afterwards I went for a walk, I am desperately trying to get free wifi the rates here are pretty high. The wifi in our hotel is provided by Zenbu, http://www.zenbu.net.nz/
The rates are as follows (correct at time of writing)

Also the speeds are not great. I walked past houses, to see if they had open wifi, everybodies wifi is locked down……pity!

When I got back to the hotel Sangeet and I decided to walk up to the highest peak on the island, it takes about 20 minutes, on the way we passed a hotel called Paradise Cove, the hotel prices are very reasonable and most overlook the lagoon…..I think this is more geared towards backpackers. Yes, I know what you are thinking “but you two are also backpackers!” This part of the trip we decided on a bit of luxury! 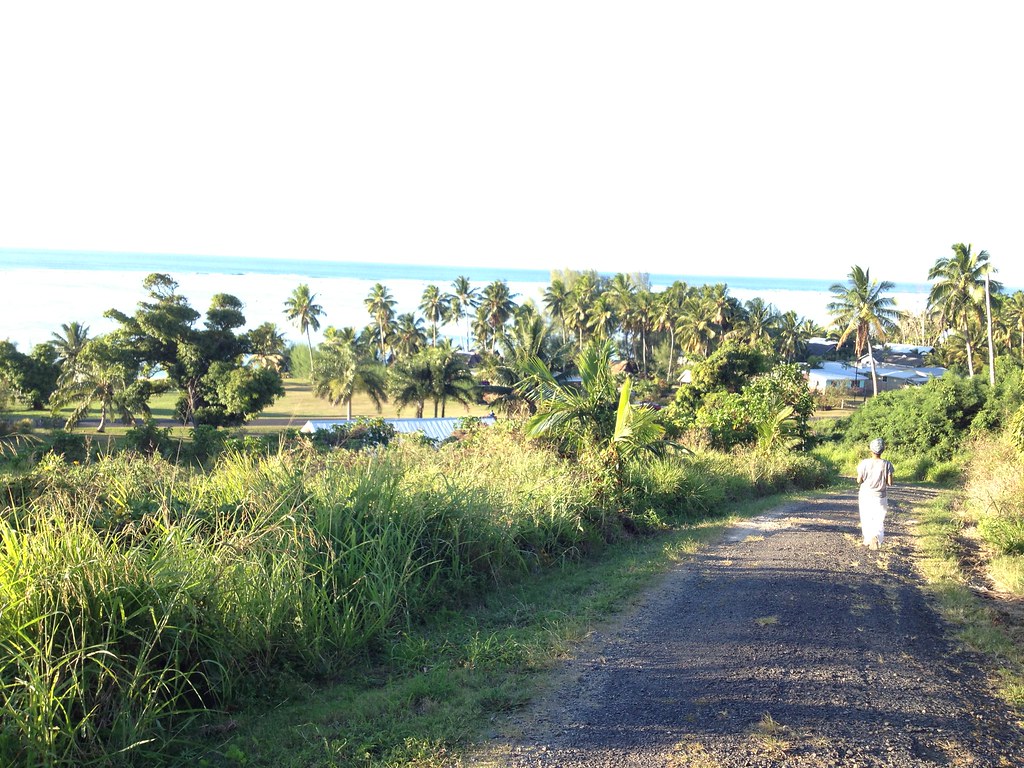 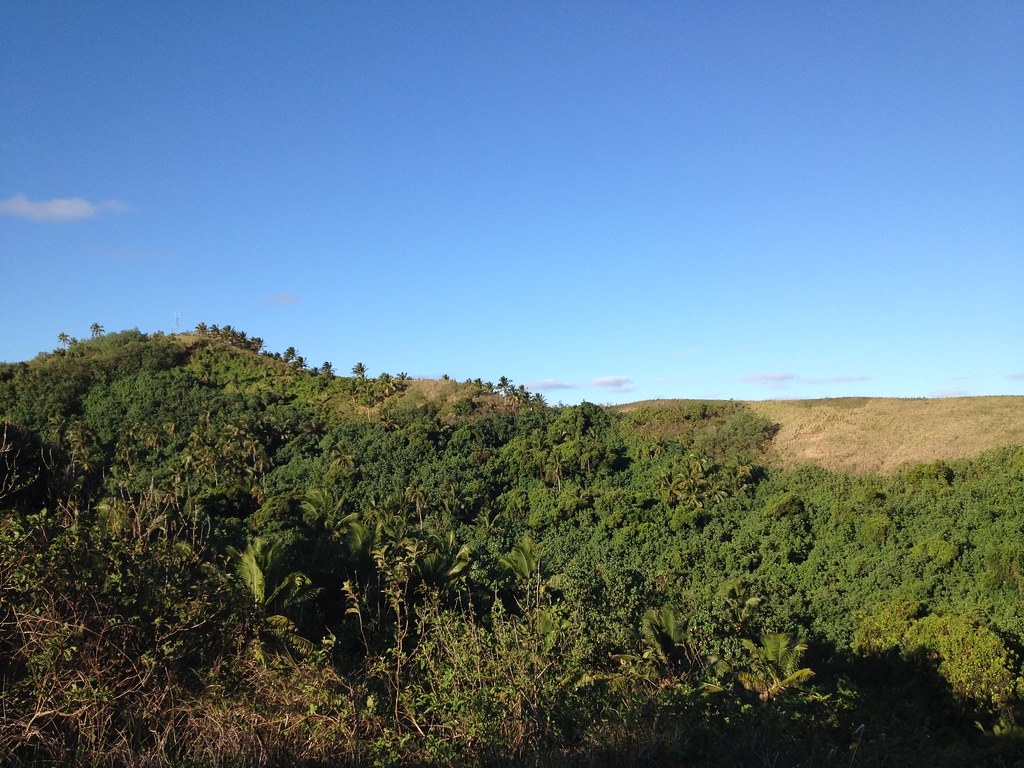 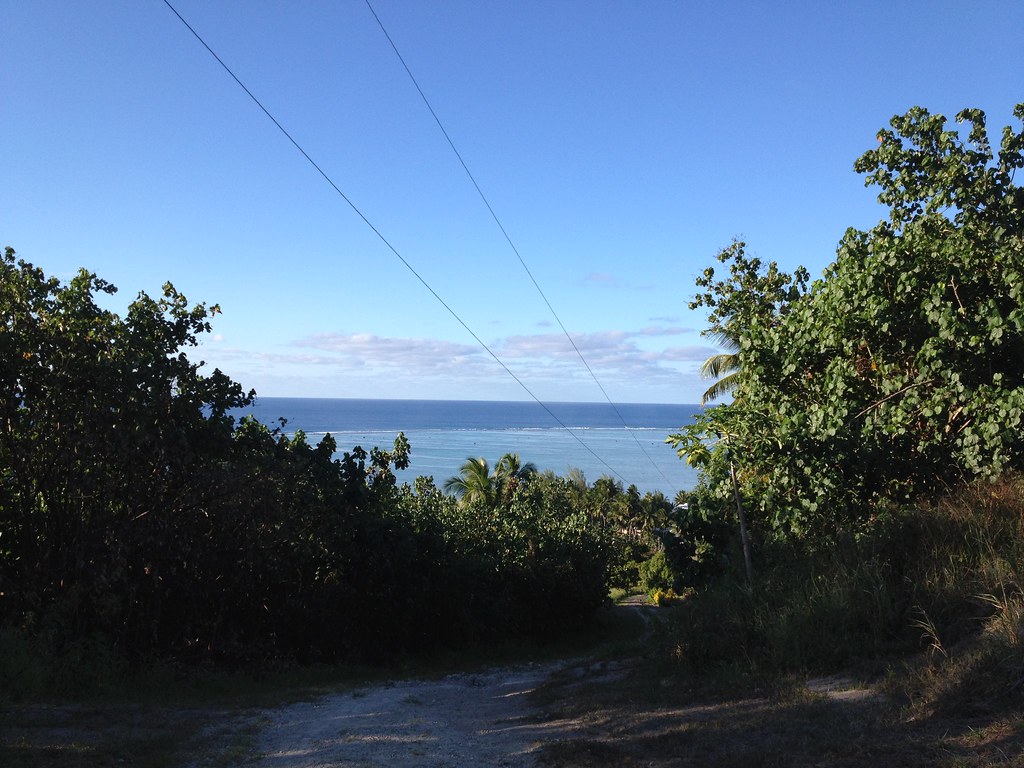 The walk to the peak had amazing views of the lagoon as we got to the top, we sawis access to that peak.

On the way back we passed through a restaurant called Puffy’s and asked what vegetarian dishes they do, the answer was “none!”

We decided to walk back along the beach. We saw some fish on the sand obviously they were dead….I think they committed suicide. Here we saw plenty of fish swim very fast towards the beach and then jump up out of the water then swim back. 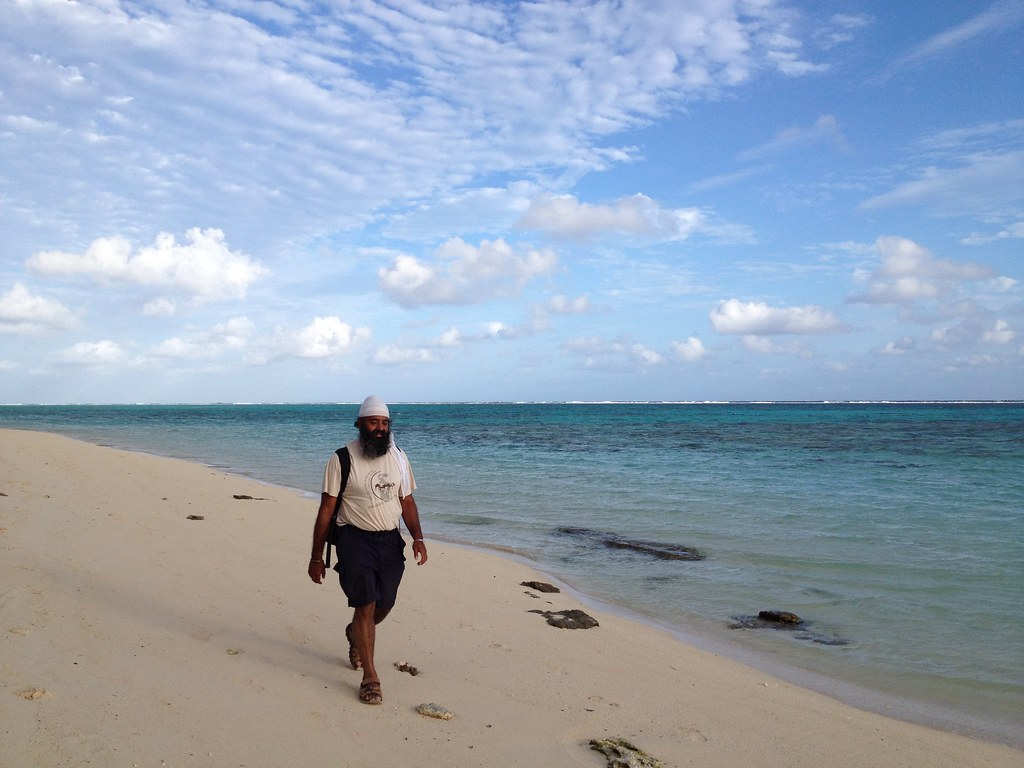 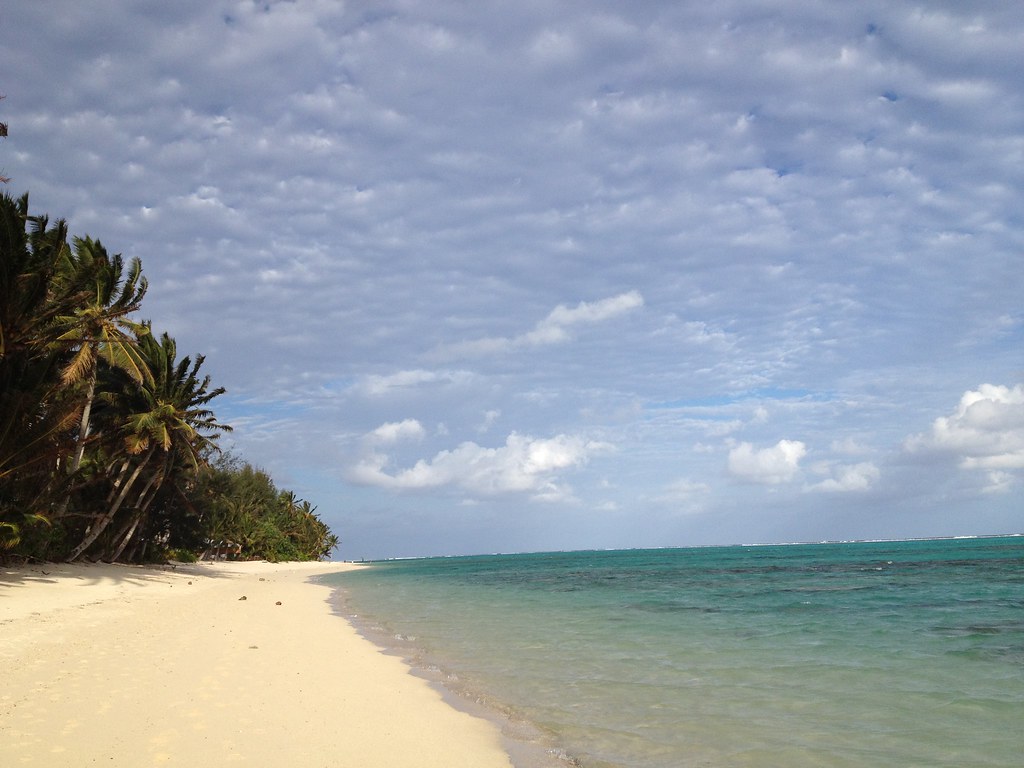 As we arrived back at the hotel we got chatting to an American couple from California (Phil and Candy) who have been coming here for the last five years, we sat with them and watched the sunset. Another couple passed us, they were from Leeds (20 minutes from where we live!) they got married here a couples of days ago. Phil and Candy asked us if we wanted some of the fresh vegetables they bought that day and gave us a bag of lettuce, cucumber, tomatoes, onion., carrots and capsicum as we left. It was very generous and nice of them.

In the evening we cut the salad, which tasted very nice, Sangeet also made tomato soup with with the fresh tomatoes. I also had crackers and peanut butter. 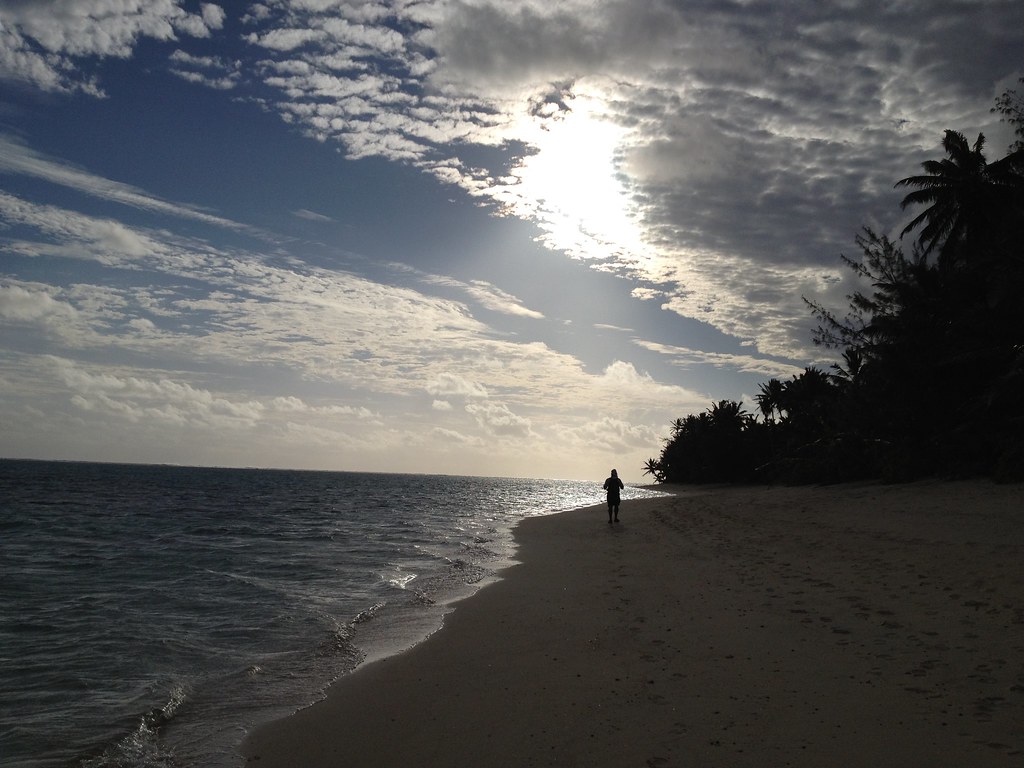